If you don’t mind the classic Lego videogame formula and you’re a big Marvel fan then there’s plenty of value in Lego Marvel Avengers. We enjoyed it but it’s a shame about the incoherent plot which jumps between movies frantically, the below par audio and the small amount new gameplay elements. Lego Dimensions is far more satisfying and innovating but cost a lot more.

You might be feverishly waiting for the launch of Lego Star Wars The Force Awakens but Lego Marvel Avengers more than just a decent game to tide you over. Play through the storylines of films including Age of Ultron with more than 100 characters. Here’s our Lego Marvel Avengers review. See: Most anticipated games of 2016.

Lego Marvel Avengers is the second game collaboration between Lego and Marvel and although it’s based on more movies than Lego Marvel Super Heroes, released in 2013, does that make it better?

As is typical with Lego franchise games, Marvel Avengers is available on a wide range of platforms including PS4, Xbox One, PC, Nintendo Wii and Nintendo 3DS. Current pricing ranges from £21 to £36 via Amazon depending on which platform you need or want. 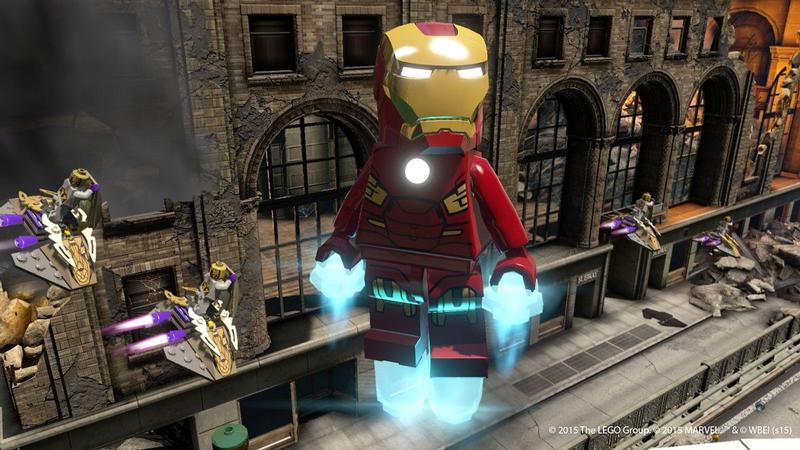 As mentioned, Marvel Avengers is set within various films from the last few years, so comic diehards might be a bit disappointed. Although there is the use of various movies the way they are threaded together is somewhat confusing. The original audio from the films is used but it doesn’t mix particularly well with the games sound and music, or the additional tracks made especially for the game.

To explain a little further, the game starts out with the opening of Age of Ultron but then jumps to telling the story line of Avengers Assemble. As well as covering these two main titles, Lego Marvel Avengers also covers bits of Captain America: The First Avenger, Iron Man 3, Thor: The Dark World and Captain America: The Winter Soldier – and not in a way which makes sense. It’s perhaps a little too much to fit into one title and doesn’t make for the smoothest experience.

While this is a downside, Lego Marvel Avengers makes up for it with good old fashioned, classic gaming fun. The game follows the formula of the many Lego game which have gone before it, although Lego Dimensions is an exception in the way offers a toy-to-life setup.

This means the familiar arrangement of elements such as the way you progress though a level solving puzzles and beating up baddies. Of course, you are able to switch characters as you collect Lego studs and spend as long as you want completing extra tasks such as finding mini-kit pieces.  Click here for more games news and reviews 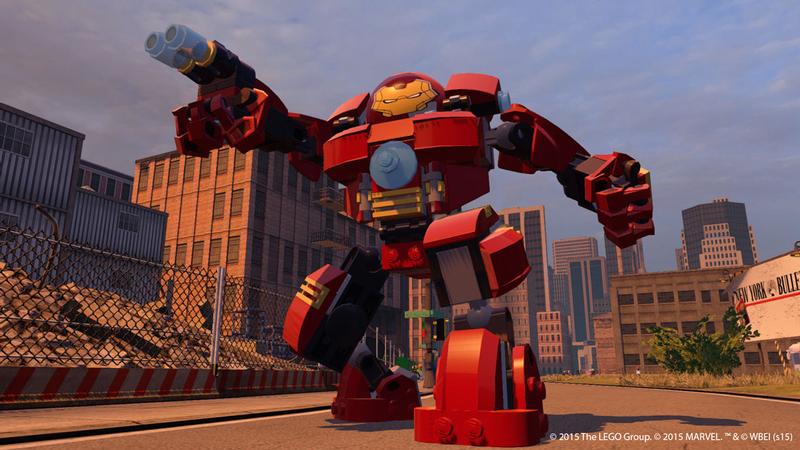 Lego is in a difficult position where the formula works but it can then feel overly samey to previous titles. To combat this, there are new powers and abilities for you to get to grips with. That sounds great but the problem is that it takes a long time to beat up a regular thug with the normal combat moves despite there being a special QTE (quick time event) move available. This involves you pressing a single button when prompted to, for example, use Captain America’s shield to take care of an enemy.

The moves are cool but take next to no skill to execute and take far too long to complete. The best new addition is the ability to double team combo two characters together. Once again it’s too simple to be really rewarding to the player, although you do need a high enough combat multiplier, but some of the combos look great and are well thought out. They also suit the co-op gameplay if you’re playing with someone else.

One of the main draws of Lego Marvel Avengers is the chance to play as characters such as Thor, Black Widow and The Hulk. As mentioned there are over 100 characters to play as, many of which have never been in a Lego game before. Before you get too excited, that figure includes various versions of characters – ie Captain America with a different outfit.

A fun addition on the character side of things is the chance to create your own using parts of the characters. For example, you can create a mashup using parts like Iron Man’s head and Captain America’s shield. 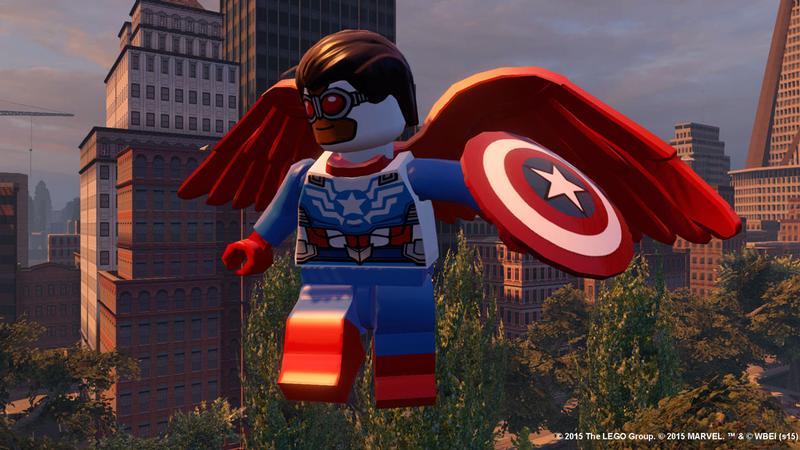 One of the frustrations, as usual, is the need to have certain characters to unlock areas of a level or use particular items. You can’t choose who you want in each level as you play through the campaign so you’ll have to go back if you’re keen on completing the game to 100 percent. In fact, you’ll switch between different groups of heroes during levels.

The campaign is well paced and we love the humorous gags which make these Lego games fell that extra bit fun and more enjoyable. Players will also benefit from the ability to free roam Manhattan in its open world goodness, plus a bunch of smaller areas such as Hawkeye’s hangout, the S.H.I.E.L.D helicarrier and Asgard.

These are all jammed with collectible items and side-missions with the ability to quickly switch to any of the characters which you’ve unlocked in the game as you choose. Just flying around Manhattan as Iron Man or Thor is great fun in itself.