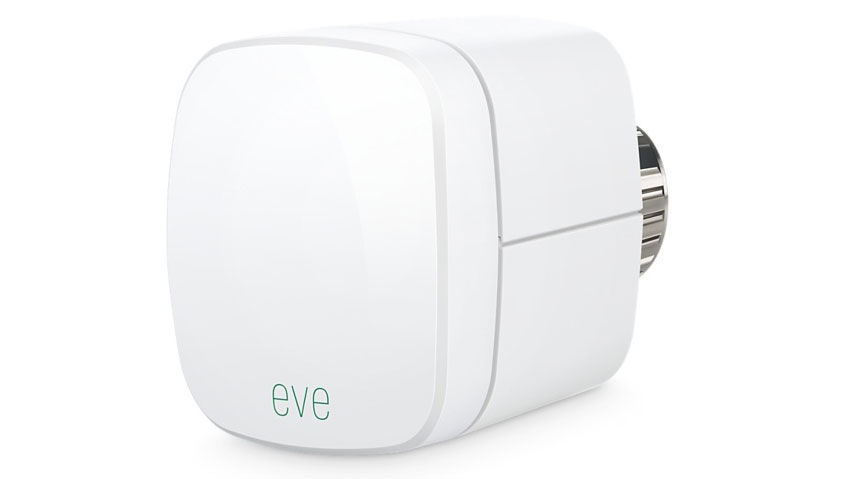 The Eve Thermo does its job well enough, but the lack of any display or local control is an issue. We could overlook this if it were cheaper, but it’s more expensive than other smart TRVs which have these features. For those who already own iPhones and a compatible Apple TV, the Thermo’s HomeKit integration is a reason to buy it anyway, but we’d still like to see a few improvements in the app. The other snag is the lack of integration with most smart thermostats, so you still have to use two apps to control your heating. A first-world problem, admittedly.

One of the flaws of smart heating systems which rely on a single-thermostat is that certain rooms may be too hot or cold. You could buy a system such as Honeywell Evohome, but if you’ve already got a Nest, Tado or Netatmo thermostat, the Elgato Eve Thermo smart TRV could be the answer.

The Thermo is part of the Eve smart home system and it costs £59.95 from Apple

What’s missing from the range at the moment is a smart thermostat which can talk to your boiler and control your heating. The Room Sensor is merely that: a sensor which measures current conditions but can’t control anything.

Elgato Eve Thermo review: what is a smart TRV?

TRV isn’t a household word, so it’s worth understanding exactly what a thermostatic radiator valve is. Your radiators probably have TRVs fitted already, but they’re not smart. They use a thermostatic head to monitor the temperature at the radiator and regulate the flow of water. Less flow means less heat, so it allows you to have per-radiator thermostats working in tandem with your main home thermostat. And this means you can set your preferred temperature in each room. 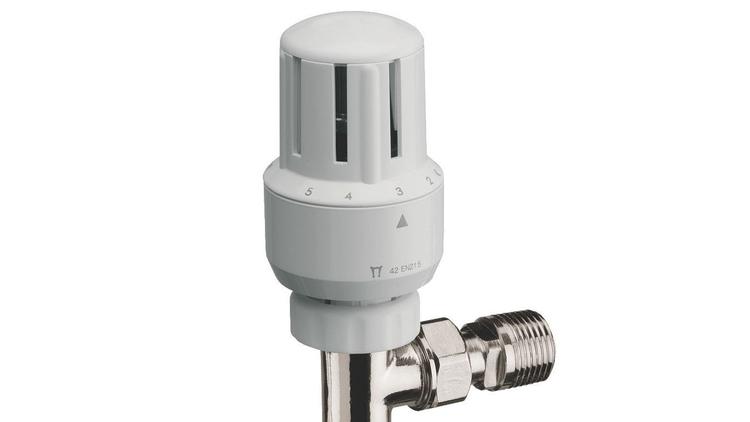 You can adjust the dial to increase or lower the point at which the flow is restricted, but it’s imprecise: the typical scale of 1-5 is pretty meaningless to most people, so it’s a case of trial and error until you find the setting you prefer. Plus, in our experience TRVs don’t work all that well, especially when they’re a few years old.

With a smart TRV, you can monitor the actual temperature and set your desired temperature in degrees Celsius. A battery-powered motor adjusts the radiator valve to regulate the flow, just as with a ‘dumb’ TRV, and it can be controlled remotely (or at least wirelessly) from a mobile device such as your phone.

Unlike most smart TRVs, the Eve Thermo has no display or buttons. That means you can’t see the temperature or adjust it without getting out your phone. 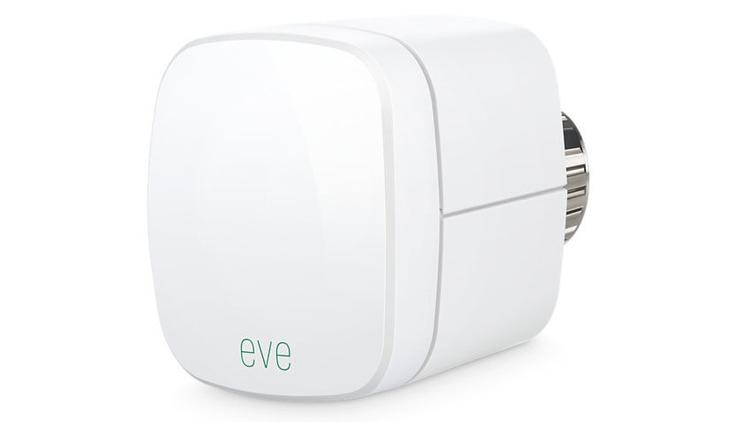 And since there’s only an iOS app, you and your family – and any guests – will need a compatible iPhone or iPad to control the Thermo.

However, if you do, you’ll surely appreciate the fact that this is a HomeKit device, so you can use Siri to adjust the temperature of a particular Thermo. If you have an Apple Watch, all you need to do is raise your arm and say “Hey Siri, set the temperature to 20 degrees”. And that is sure to impress your friends.

This will work when in Bluetooth range of the gadget. But because this is a HomeKit device, the only way to get remote access when you’re out and about is to employ your 3rd– or 4th-gen Apple TV as a hub. If you don’t have one and want remote access, you’re looking at an extra £59 for the Apple TV 3. 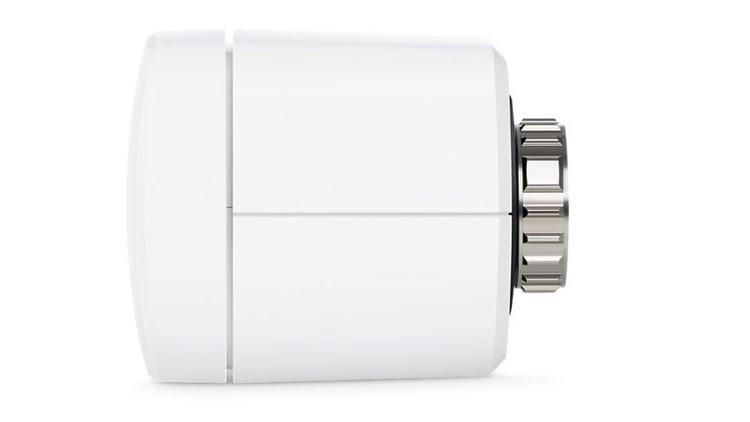 The Thermo itself is a virtually featureless box which screws onto existing radiator valves (it doesn’t come with one) and is powered by two AA batteries, which you get in the box.

A HomeKit sticker – with an 8-digit code – can be scanned by your iPhone’s camera to add the device to the Elgato Eve app with the minimum of hassle, but it helps if you’re ready to screen the Thermo onto your radiator as calibration is part of the setup process.

In our case, we weren’t ready and the app seemed to forget about the pairing and refused to ‘see’ it an hour later. After using the reset button, all was well again.

If you already have ‘standard’ screw-on TRVs, it takes about 30 seconds to remove the old one and install the Eve Thermo. But if you have a different type, you might have to resort to using one of the three plastic adaptors provided in the box, for Danfoss RA, RAV and RAVL. And unless you’re a heating engineer, you’ll probably have no idea what those mean. We certainly didn’t. 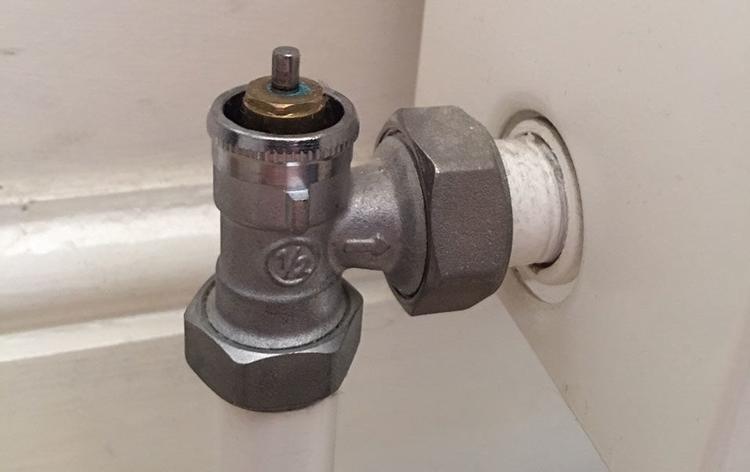 In our test house, only one radiator was incompatible with the Thermo due to not having a TRV at all and being the manual-screw type. And typically, the one on which we wanted to install the Thermo had an unusual push-fit TRV. One adaptor appeared to be a close fit, but sat far too high. After 45 minutes of hacking at it with a Dremel, it was finally on. 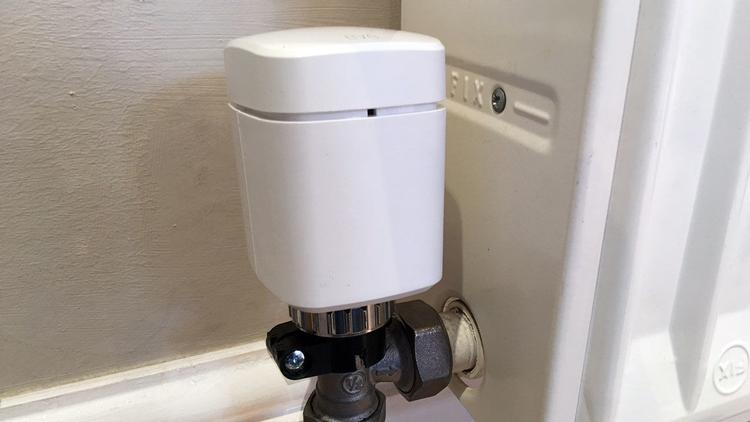 There are two ways to control the Thermo: using a schedule and by adjusting the temperature manually.

The two work in tandem. You set an initial schedule – which could be different for each day of the week – and then you can override this by changing the temperature in the app or, more sensibly, by getting Siri to do it for you.

Bear in mind that the Thermo is only opening and closing the valve on your radiator, so it can only regulate the temperature when the heating is actually on. When the heating is off, it can’t do anything. Which is why it’s a shame that there’s no integration with Nest or Tado which could prompt those thermostats to fire up the boiler when you ask a Thermo to increase the temperature.

Netatmo’s thermostat does support HomeKit, so this is arguably the best pairing with Eve Thermo. 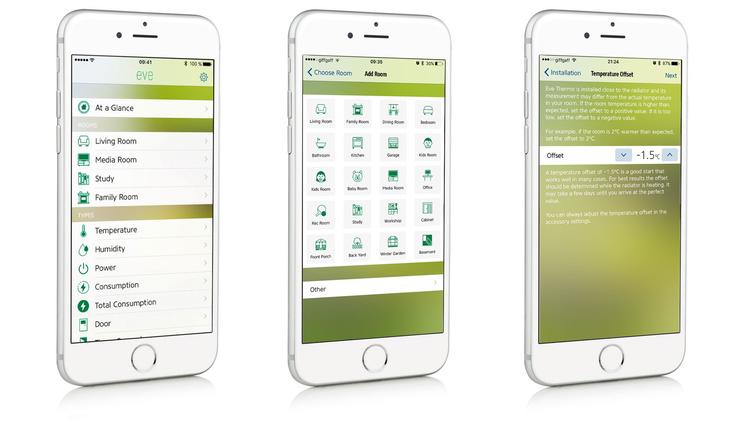 The app looks nice enough, but it could be improved. We’d have put the target and current temperatures front and centre, but all you see in the ‘At a Glance’ screen (below, left) is the target temperature. You can find the current temp if you drill down through the menus, and even graphs showing the temperature changes over time. 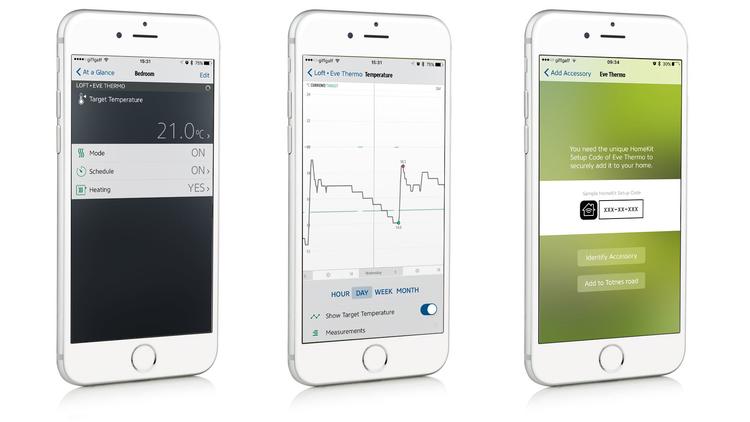 You can tell the app in which room you’ve installed the Thermo, and even give it a custom name which you can then use when you ask Siri to adjust the temperature. It really helps when you have multiple Thermos as you can say “Set the temperature in the lounge to 21 degrees and set the bedroom to 17 degrees”.

You can group Thermos in order to create zones, such as upstairs and downstairs. Or, if you have multiple radiators in one room, you can control them all together rather than having to tell Siri to adjust each one individually.