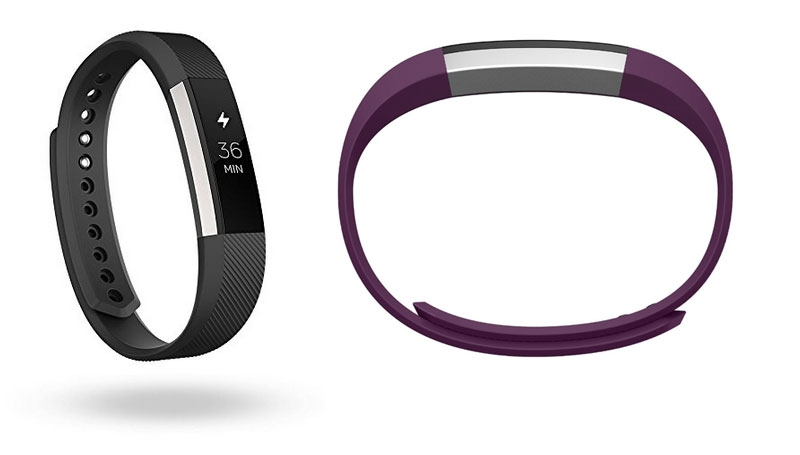 The Fitbit Alta is a mid-range activity tracker for the everyday fitness fan, which is a real winner when it comes to slim, chic looks and a range of fashionable accessories. It tracks the basics (Steps, Distance, Calories and Sleep), plus boasts Caller ID, Text and Calendar notifications, and is cheaper than the more fully featured Fitbits such as the Charge 2, Versa and Ionic. Its higher-end sibling the Alta HR adds a heart-rate monitor if you want to dive deeper into your health, fitness, sleep and weight-loss metrics. But the cheaper Alta is a stylish tracker that will appeal to people who don’t want a giant sports watch on their wrist, or need a huge array of stats in the app.

The Fitbit Alta is a slim and stylish activity tracker that has an informative display and a range of fitness functions but lacks some of the more serious sports features found in Fitbit’s higher-level activity trackers.

It’s the cheapest wristband Fitbit with a proper display and on-wrist notifications (Caller ID, texts) but you might want to consider spening the £30/$20 more for the more-able Fitbit Alta HR, which adds a great heart-rate monitor – useful for more insight into your exercise and sleep quality.

Both the Alta and HR are fashionable with a lot of dress-up accessories but are still serious pieces of fitness kit that will help you improve your health both active and asleep. It’s also much more discreet than the larger colour-screen Fitbit Versa or Ionic.

The Alta measures Steps, Calories Burned and Distance, plus basic sleep monitoring. But unlike the  Fitbit Alta HR the original Alta does not feature a heart-rate monitor or the new more in-depth Sleep Stages measurement.

These missing features won’t bother the more casual user who’s after a step counter and the ability to join in with Fitbit’s excellent competitive and support app and ecosystem. It’s also quite a bit cheaper than the Alta HR or other higher-end Fitbits. Check out our Which Fitbit feature for more comparing all the trackers, and also look for bargains on our  best Fitbit deals roundup..

In many ways the Alta is a smarter Fitbit Flex 2.

There’s also a Special Edition Alta costing £129.99, in Black or Pink – each with 22k Gold Plated edge. We think £30 is a bit steep for just the fancy gold-plated side, but apparently these are very popular with a tracker that has the fashion-conscious in its sights.

Steps etc: As mentioned, the Alta measures the number of steps you take, plus the overall distance you cover on foot over the day. It also estimates the number of calories that this level of exercise should have burned. We’re unsure exactly how accurate the calorie calculation is but you can use it as a trend to push yourself further in walking, running and other exercises.

Exercise: The Alta also features Fitbit’s SmartTrack, which automatically recognises certain exercises (over 15 minutes in duration) such as walking, running, outdoor biking and elliptical exercise, and high-movement sports such as tennis, basketball and football plus aerobic exercises including Zumba, dance and kickboxing.

Sleep: The Alta monitors your basic sleep quality and duration. Wear it at night to see when you wake and when you are restless during the night. Sleep isbeingrecognised as a key general-health indicator by doctors and other experts. If you want more insight into your sleep quality buy a Fitbit with a heart-rate monitor (such as the  Alta HR, Charge 2, Versa and Ionic), which will show you the levels of Deep, Light and REM sleep you get each night.

Reminders: The tracker gives you Reminders To Move, encouraging you to keep your daytime step count to at least 250 an hour. Sat in the office it’s incredibly easy to hardly move a muscle, so a buzz at 10 minutes to the hour is a gentle nudge to get you up and walking. I have seven flights of stairs a minute away from my desk, but just getting up and fetching yourself a healthy glass of water from the kitchen will start you moving again.

When you’ve hit the 250-step mark (if immobile until then) you get another buzz and a friendly congratulations from the tracker.

Notifications, alarms and alerts: The screen will show you Caller ID and text notifications and Calendar alerts from your smartphone. These are a real bonus as you can see who’s calling you (as long as they are in your smartphone’s Contacts list) without having to reach for your phone. And you can see the start of text messages just by raising your wrist.

It also works as a watch, with a choice of clock faces, and you can set silent alarms that will wake you but not your partner.

What it lacks: What the Alta lacks is the altimeter found in Fitbit’s Charge 2, Versa and Ionic trackers, which measures the number of “floors climbed” – measured as every 10 feet of incline. This could help you decide to take the hilly road or climb the stairs rather than take the lift or escalator. But its absence shouldn’t put you off if the rest of the features plus the design attract you to the Alta.

If you want a tracker that measures your heart rate then consider the Alta HR or one of the other more fully featured trackers: Charge 2, Versa or Ionic.

Having a heart-rate monitor helps more serious fitness fans push themselves to levels of exertion that will speed up weight loss. It also helps measure your Cardio Fitness Level, although even the Alta HR lacks that function; you need the Charge 2, Versa or Ionic to estimate your VO2 Max score.

The heart-rate monitor is also part of Fitbit’s clever Sleep Stages measurements that sorts your sleep into Light, Deep and REM periods. While the Alta monitors your basic sleep patterns it won’t dig deeper into this level of analysis, for which you need the Alta HR or Charge 2.

Other than the heart-rate monitor (and Sleep Stages displays) the Fitbit Alta is pretty much the same as the Alta HR – except for a few aspects of design.

The Alta is a very chic wristband, and is super slim at just 15mm wide. It comes in a range of colours: Black, Blue, Plum, and Teal. The are Special Edition versions of the Alta look more fancy with 22k gold-plated edges, but you pay handsomely for these.

While 80 percent of Alta owners are female there’s nothing so feminine about it that would not appeal to men too. Indeed the Alta is a neat tracker for people who prefer to wear a standard watch at the same time.

The Alta and Alta HR feature very similar trackers, which are detachable from the wristband or bangle. Snapping one band for another is simple.

A major difference between the Alta and the Alta HR is the closure on the Classic band. The Alta has a pop-in two-button clasp, while the Alta HR has a watch-like buckle that is better for heart-rate monitoring.

Although firm the Alta’s button clasp feels less robust than the Alta HR’s buckle, which is far less likely to slip off the wrist if snagged, for instance.

Fitbit has recognised the benefits of the buckle, so allows Alta owners to buy the same buckle Classic strap as the Alta HR as an accessory purchase.

Both the Alta and HR boast a wide variety of accessories, such as leather bands (£39.99) and metal bracelets (from £69.99 for stainless steel to £109.99 for the gold-plated version). None of these include the actual Alta tracker, which must be bought separately (with included Classic band).

You can also buy extra Classic wristbands, for £19.99.

There’s even a couple of limited edition designer accessories for Alta and HR: the oddly named Public School Type III Paracord, a black, braided “military-style” bracelet that retails for £149/$175/€169.95; and the frankly odd and pricey Public School Axis Accessory Band (£259.99/$295/€295.95) that turns the Alta into a standard but rather postmodern watch. Note that neither of these accessories includes the tracker itself!

The Alta should keep running for up to five days between charges, depending on how many times you access the display, set the alarm, or receive texts and calls during the day. The Alta HR, despite its additional heart-rate monitor, can keep going for up to seven days.

The Alta is water resistant and sweat proof, but should be taken off when going for a swim or taking a bath or shower. Only the Fitbit Flex 2, Versa and Ionic are actually waterproof. Read more on waterproof Fitbits and  which activity tracker is best for swimmers?.

Fitbit’s mobile app (iOS, Android and Windows Phone) is the best fitness tracker app out there, offering simple charts and graphs for how you are performing. All the stats are shown, as are your weekly exercise achievements, sleep duration/restlessness, 250+ steps per hour, and more. Each can be tapped for more detail or historical trends.

In the app you can also see your leaderboard, where you can compete with friends and family to see who has walked the most in the past seven days.

You can also compete against people in special Challenges, such as Workweek Hustle and Weekend Warrior.

There are Adventures as well, where you can walk virtual trails in Yosemite or the New York Marathon, with a map showing your progress along the way.

Fitbit gives you Badges too, rewarding you for lifetime step or floor counts, plus daily personal bests.

All these software extras offer real encouragement for you to push yourself that bit harder, and surpass your fitness goals.