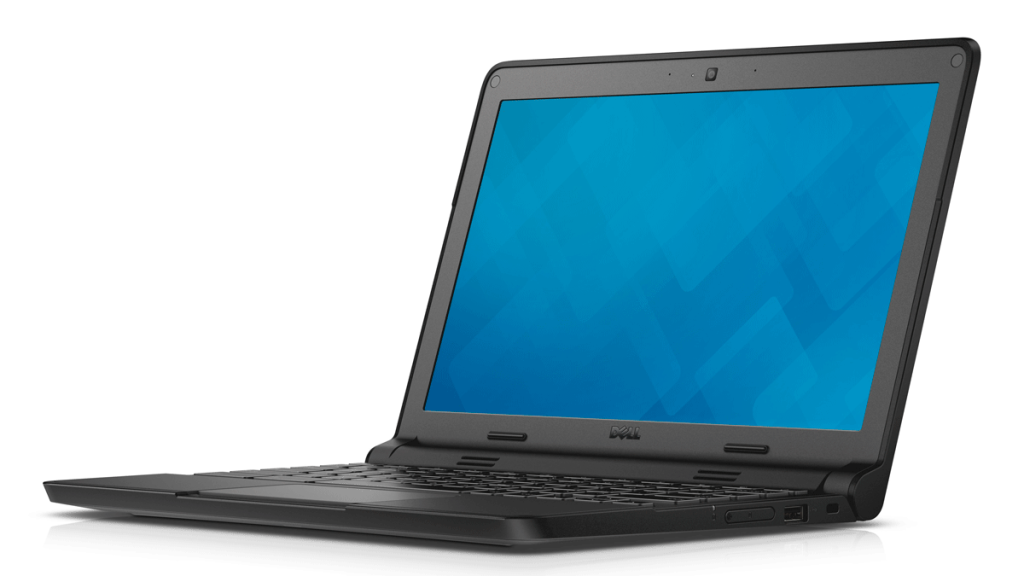 Dell knows what it’s doing when it comes to Chromebooks. This new, rugged model has plenty to offer in terms of speed and durability, but you don’t feel like you’re sacrificing much in return. With the long battery life and unique waterproofing feature it does seem like a device that’s built to last, which is good as you’ll want to keep using it for a long time to come.

When we reviewed the previous version of the Chromebook 11 back in 2014, that smart little device instantly became one of our favourites. The mixture of light weight, fast performance, and user comfort made it almost the perfect Chromebook. Now Dell returns with an upgraded and restyled version aimed at the education market. So, does it still have the same magic inside? Here’s our Dell Chromebook 11 3120 review See also: Best Chromebooks 2016

There’s little doubt that this Chromebook offers good value for money. You can buy the 4GB non-touchscreen model from Dell for £200, but if you want to save a few more pennies then you could plump for the 2GB version which goes for £191. In all honesty we don’t see the logic in that when RAM adds quite a bit to the performance on Chromebooks. The touchscreen version that will cost you £275 from Dell.

You don’t have to buy from Dell – we found the touchscreen model available on Amazon for £219 – but other than that it does appear you will get the best deals direct.

As this new vision of the Chromebook 11 is primarily aimed at young people and students, there are a few construction choices that mark it out from its svelte predecessor. The most obvious appointments are the rubber bindings that protect the outer edgings of the casing and screen. This certainly makes the device easy to hold as you walk along, but also suggests that if it slips from your fingers and tumbles to the floor it will most likely survive the trip.

Dell goes to great lengths to highlight the robust nature of its newest progeny, and the specs do look impressive. The device is graded as US Military Standard, meaning it can survive drops, a wide range of temperatures, and even a fair amount of pressure. Of course the big killer of electronic equipment is water, so the fact that this model has a sealed keyboard and trackpad, which can resist spillages, should make it an attractive option for those whose flatmates or children can be a little careless with their beverages.

Admittedly we did find it enormously tempting to set about the unit with an assortment of armaments and blow torches, but alas our toolkit extends only to a few screwdrivers and an adjustable spanner. So we’ll take Dell at its word.

Slate grey is the livery of choice, which makes the Chromebook 11 (3120) look serious and industrial. It doesn’t seem quite as smart or professional as the previous model, but it’s not a bad looking laptop at all and we’ll swap a little style for substance any day.

The 11.6in display is attached to the main body by a chunky hinge that can be pushed back flat to 180 degrees. This is apparently to allow you to share the screen content with other collaborators around a table. While this is a nice idea in principle, the choice not to use an IPS panel means viewing angles suffer when you’re not looking square-on. So those chums you’re sharing with might only see an almost entirely blank screen. The display itself is bright and clear when used in the traditional orientation, running at the pretty much standard for Chromebooks 1366 x 768 resolution.

Finishing off the hardware features are the various ports that Dell has crammed into the chassis, including USB 2, USB 3 (with BC1.2 charging), HDMI, SD card, headphone,  Kensington lock, and the proprietary charging socket.

We discovered a mysterious panel that seemed to house a SIM card slot. This was covered over with a flap that required a small pentalobe screwdriver to open it, one which we didn’t have in our toolbag. SIM capabilities are not listed on the spec sheet, so it might be something else possibly aimed at system administrators for security. At the time of going to press we’re waiting to hear back from Dell as to where this portal may lead.

The Chromebook 11 (3120) isn’t just solid in terms of construction, it’s also a very sturdy performer. Navigating the web while streaming music, or running videos on YouTube in the background, all presented no challenge, with the device always moving along at a good clip. This is in no small part due to the inclusion of an Intel Celeron Bay Trail-M N2840 CPU and 4GB of RAM, which certainly seem to give the Dell the ammunition it needs take on pretty much any task you’d expect of a Chromebook.

Battery life was also a strength, with our looped video test finally draining the battery dry after a massive nine hours and forty minutes.

For those who prefer hard statistics we ran a few benchmarks which confirmed our real-world experience of speed. On Sunspider 1.0.2 the Dell scored an average of 697ms while the more modern alternative of JetStream reported 51.3, which makes it one of the fastest Chromebook we’ve come across so far.