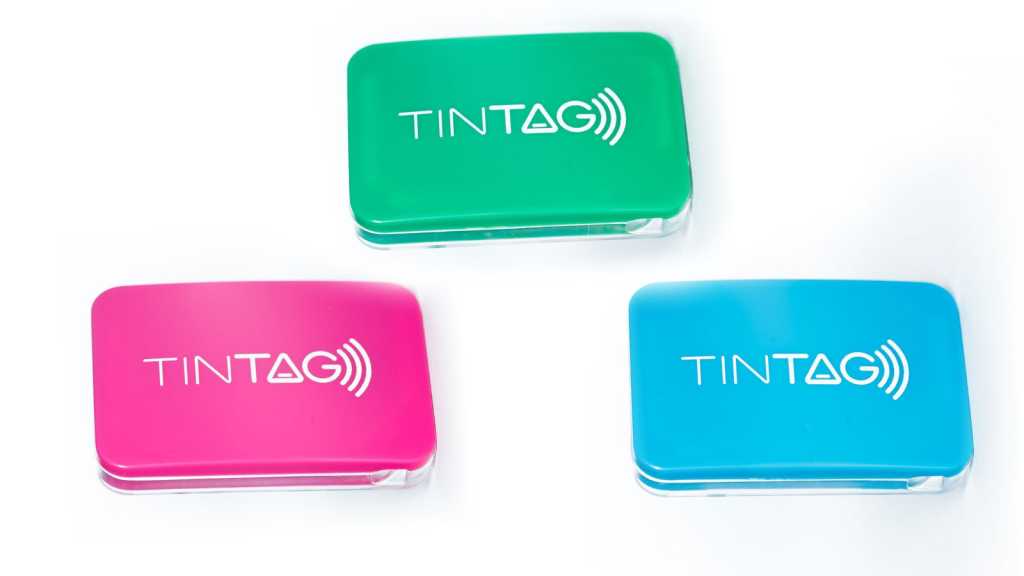 The Tintag tries to offer the best of all worlds, being both waterproof and rechargeable. The trade-off is size and some people will prefer the thinner, non-rechargeable Tile for this reason. It also offers separation alerts, which the Tile doesn’t, but there’s a greater chance of benefiting from Tile’s Community Find in the UK right now, simply because more have been sold. Tintag, though, has the benefit of total anonymity – no account is required to use its features. For some, that and the rechargeable battery could be worth the extra cost.

For a short while, Tile had the Bluetooth tracker market all to itself. Now, though, there’s plenty of competition including the new Tintag which is rechargeable. Here’s our Tintag review

A Bluetooth tracker is the kind of gadget you’ll only need when you lose something. So if you’re always misplacing your keys, wallet or something else that’s small – but not too small – then it’s ideal. While some trackers claim to help you find lost glasses, for example, no current tracker is small enough unless you happen to have a chain or strap already, and you can attach the tracker to that.

Tintag, based in Romania, has created one of the larger trackers I’ve tested but it’s still smaller than the average car key fob, so certainly isn’t too big to put on your keyring.

As it has to compete with Tile, TrackR and others, it’s no surprise that it costs roughly the same: the 29 Euro price works out to £22.43 on thetintag.com website. Shipping to the UK is an extra 8 Euros, so the total is about £29.

As well as being rechargeable via the included wireless charging pad, the Tintag is also waterproof. The battery should last around four months – far longer than I’ve been testing out the gadget.

It has a buzzer and LEDs so you can choose how to find it. The high-pitched sound isn’t as loud as the second-gen Tile, nor as pleasant. It can also be hard to figure out which direction it’s coming from: the app tells you how far away you are, but like its rivals, can’t point you in the right direction.

The Tintag has a loop at the corner and comes with a cord in case the opening is too small for your keyring. I tried to attach it to what I consider to be a ‘normal’ keyring, but it was too fat to fit through.

I’m told that the makers are experimenting with a leather enclosure rather than plastic to make it smaller and easier to attach to items.

The app is available for iOS and Android; Windows Phone and Blackberry versions are “still to come” according to Tintag’s website.

Unlike others, there’s no need to sign up for an account – a bonus these days – and Tintag says all data is anonymous.

Like TrackR, Tintag also offers separation alerts and you can choose the distance: 10, 20 or 30. The app doesn’t specify whether this is feet, metres or something else. Separation alerts did seem to work more reliably than the hugely frustrating TrackR though. 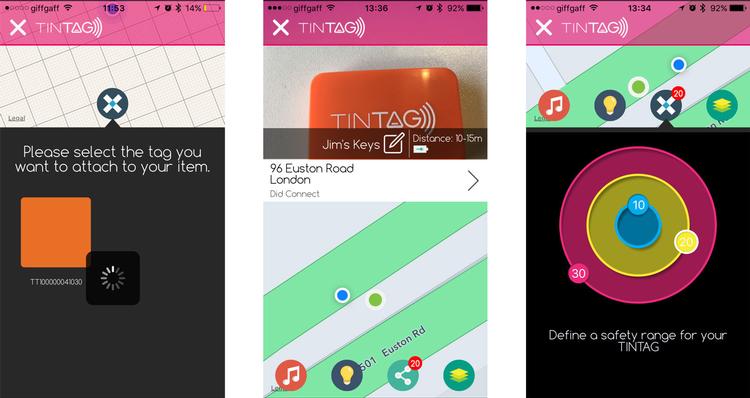 It’s easy to add multiple trackers in the app: you can assign colours based on the colour of the trackers and take a photo of the object to which it is attached.

When you want to find it, you tap on the photo and a map will display its last-known location. Tapping the arrow lets you scroll back through a previous locations as well.

When you’re in Bluetooth range – up to a claimed 100m with no obstructions – the device should connect and you’ll get options to sound the buzzer or flash the four LEDs.

It’s not obvious, but there’s a hidden button under the ‘A’ character on the tracker. Press it and the lights will flash to tell you an alert has been sent to your phone, which in theory is meant to help you track down a lost phone. Unfortunately, the alert is played at the volume you’ve set, so you won’t hear it if it’s very quiet. It still plays the sound if the phone is on silent, but it needs to be maximum volume – hopefully this will be fixed in an update.

You can also ‘Declare Lost’ so that the Tintag Lost & Found Community can help you to find it. If another Tintag user goes within range of your lost tracker you will see an orange dot appear on the map.

This is where buying the most popular Bluetooth tracker in your area is an advantage: the chances of finding your lost keys are much greater if there are other owners near you.