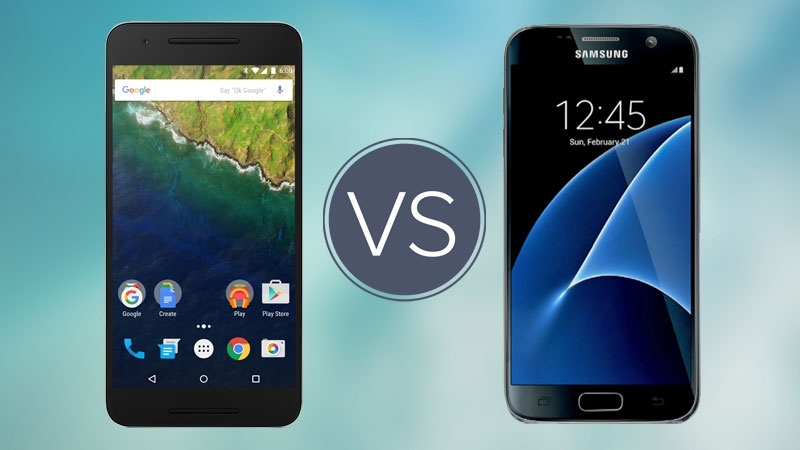 Not forgetting that this comparison is based on our hands-on review of the S7 and considerably more in-depth testing and prolonged use of the 6P, we can only come to preliminary conclusions about this particular battle. The Nexus 6P has two main advantages over its rival: price and plain Android. Those who use their phone’s built-in speakers a lot will also like the front-facing stereo speakers. The bigger screen may also be an advantage if you want a larger phone. The S7 is more expensive, but is also faster, has expandable storage, is waterproof, and has optical stabilisation for the camera and native support for 1080p60. Few will buy it for the heart-rate monitor. For some people, that list will make the S7 worth the extra price, while others will see the 6P’s drawbacks as reasonable compromises for the cheaper price.

We were seriously impressed with the Nexus 6P when it launched back in September 2015. The Huawei-made device was considerably better than the Nexus 5X if you were looking for a powerful flagship phone and didn’t mind something physically bigger. Along with the Galaxy S6, the phones vied for the top spot in our Best phones chart: it’s only a shame we couldn’t let them share it.

Now Samsung has updated the S6 with the similar S7. In some people’s eyes, it’s too similar, but in others’ it addresses the criticisms of the older phone and makes it nearly perfect. But which is better? The Galaxy S7 or Nexus 6P?

Let’s have a look at the phones to see how they match up. Also see: Best Samsung phones 2016: What is the difference between Galaxy Note, Galaxy S, Galaxy A and Galaxy J?

With its 5.1in Quad HD screen, the S7 should appeal to those who don’t want a big phone. (And that’s one reason why the S7 Edge exists – to cater to the phablet market.) 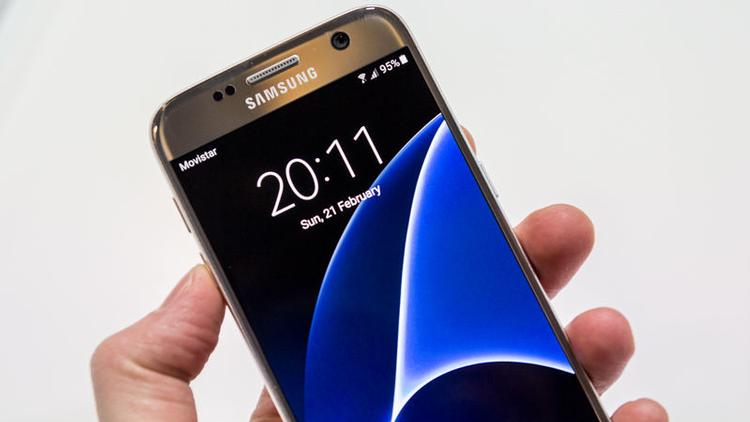 The 5.7in Nexus 6P is, if anything, more of a rival to the 5.5in S7 Edge, but when you factor in price, it undercuts both Samsung phones by a long way. See also: Galaxy S7 vs S7 Edge

Of course, the S7 is blessed with the latest Snapdragon 820 processor and graphics chip, so it will be a bit faster than the 6P which has the previous generation and 3GB rather than 4GB of RAM. In the UK, it won’t have a Qualcomm processor but instead Samsung’s own (even faster) Exynos 8890.

We’ve run a couple of benchmarks to see how the graphics chips compare. Since the screen resolutions are the same – 2560×1440 – there’s no problem directly comparing the results.

In GFXbench Manhattan, the S7 scores 27fps, while the Nexus 6P can only manage 16fps.

Instead of bowing to pressure in the megapixel race, both phones eschew high resolution sensors and opt for larger pixels in a 12Mp main camera. Both claim outstanding photos at night, but we’ll have to wait until we can test them side by side before we can say for sure which is superior. 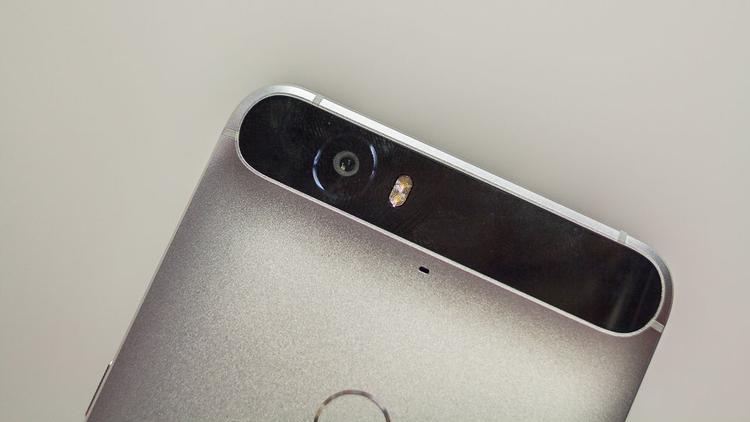 The S7 also has optical stabilisation, while the 6P doesn’t, so this is another advantage.

At the front both phones have 8Mp front cameras. 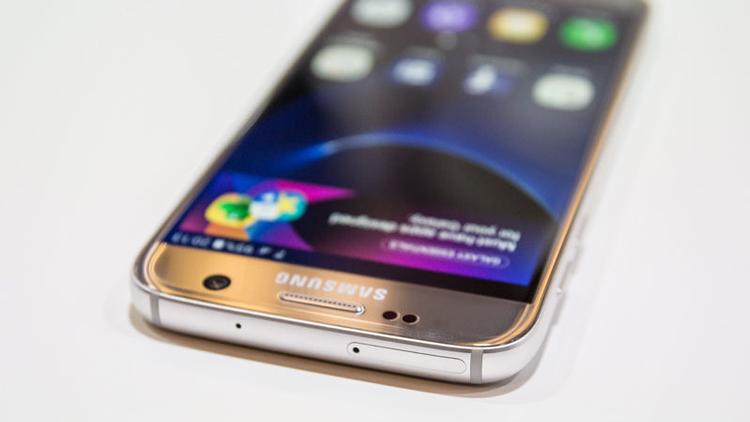 We’ve already covered size and resolution, but it’s also important to say that both phones have AMOLED panels. This technology is different from IPS LCD which is the most common type.

Put simply, AMOLED screens have an LED for each pixel, so it’s possible to light up only certain pixels on the screen. This is great for power-saving as the date, time and notifications can be shown all the time (in the case of the S7, anyway) so you don’t have to turn on the phone to see this information.

LG proves you don’t need AMOLED to do this, as the G5 has a clever backlight which lets that phone show information on an always-on portion of its LCD screen.

AMOLED screens tend to have more vibrant colours than LCD, though, and both the 6P and S7 have great screens.

They also both have a fingerprint scanner. The 6P’s is a circular unit on the rear while the S7’s is on the front, integrated into the home button.

The S7 will – naturally – support Samsung Pay, while the 6P will eventually support Android Pay. Neither payment system is operational in the UK yet, though.

Technically, the S7 beats the 6P with Cat 9 LTE, but in reality, you’re not going to notice the different, either in terms of UK mobile operator support or in the speed of mobile data. Both have 802.11ac with 2×2 antennae and MU-MIMO support, so paired with the right router or access point will be very quick over Wi-Fi.

Neither has a removable battery, but both support quick charging. The S7 supports wireless charging, though, whereas the 6P does not. 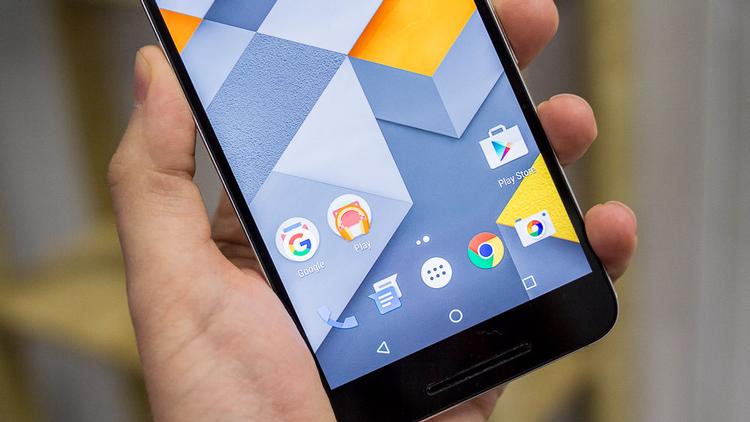 One area where the 6P gains ground back is its software, plain Android 6.0 Marshmallow. Samsung overlays Android with its own TouchWiz software. If you like that, no problem. But if you prefer Google’s software to be unadulterated, the 6P is the one to choose. The Nexus is also likely (there are never guarantees) to get Android N quicker than the S7 when it comes out later this year. 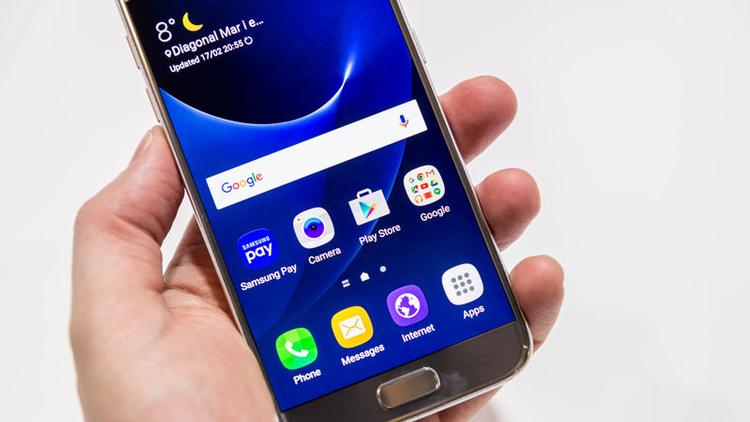 Of course, Android is so customisable that you can install a different launcher on the S7 if you really don’t like Samsung’s.