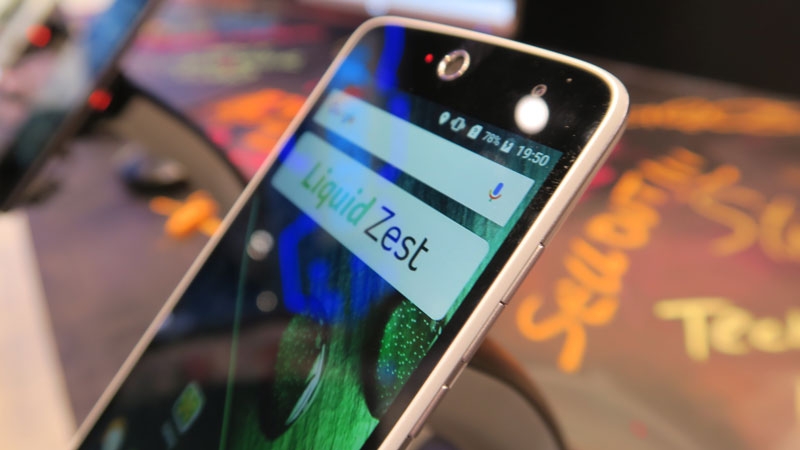 With a price tag of £89.99 you’re looking at a stylish phone with fairly good specs that’ll certainly do the trick if you intend to use it primarily for phone calls, messaging, social media and browsing the web.

Acer has launched a new budget smartphone at MWC 2016 that’ll appeal to the younger generation. The Liquid Zest has specs, features and a design that makes it well-worth the price tag. Interested? Find out more in our Acer Liquid Zest hands-on review from the show floor in Barcelona.

The Acer Liquid Zest should be hitting the shops in April, with its 4G sibling following shortly afterwards in May. It’s set to cost just £89.99, or £119.99 for the 4G model so is a really affordable option for anyone looking for a good smartphone but doesn’t need any bells or whistles. 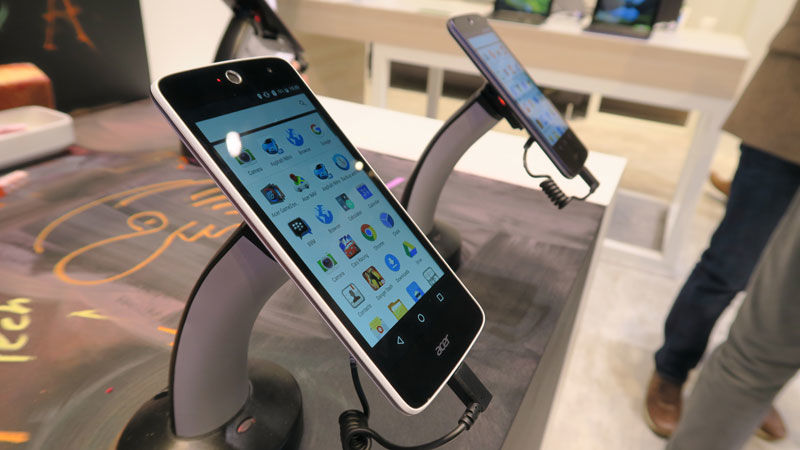 This phone is squarely aimed at the budget market so is made with plastic, but Acer has gone for a brushed metal finish that actually looks and feels rather nice. They’re available in Midnight Black and Daylight White, both of which we really liked. The White is particularly nice, creating a sort of white border around the black glass front of the phone that we thought added an extra stylish touch.

The Liquid Zest has a 5in display with a 720p resolution. Thanks to the the Zero Air Gap and On-Cell Touch tech behind it, the screen manages to look crisp and clear, and we think the 5in screen size hits the sweet spot for smartphones right now. 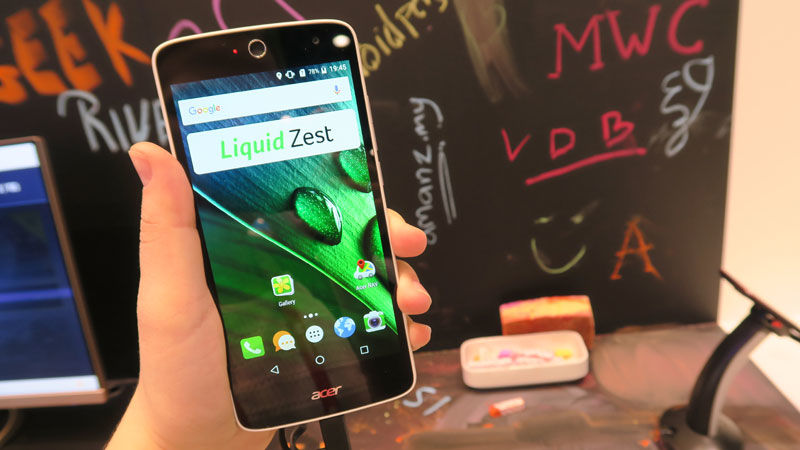 That’s pretty standard for a budget smartphone but we’ll be putting them both to the test in our benchmark tests to see exactly how they compare with one another and with their competition in terms of speed. But as long as you don’t plan on running graphics-intensive or power hungry apps and don’t do much multitasking you should find that both phones are zippy enough for web browsing, social media and emails, for example.

There’s a reasonable 32GB of internal storage and their’s a microSD card slot to add more, too.

The camera on the rear of the Liquid Zest is 8Mp with an LED flash, and on the rear you’ll find a 5Mp camera that offers 85 degree wide-angle shots too. That’s a decent setup for a budget phone and the photos we captured during our time with the handset on the show floor at MWC looked bright and sharp.

The Liquid Zest runs Android 6.0 Marshmallow, and is equipped with DTS Sound Studio, unless you go for the 4G model which has an upgrade to DTS-HD Premium Sound for better audio playback.