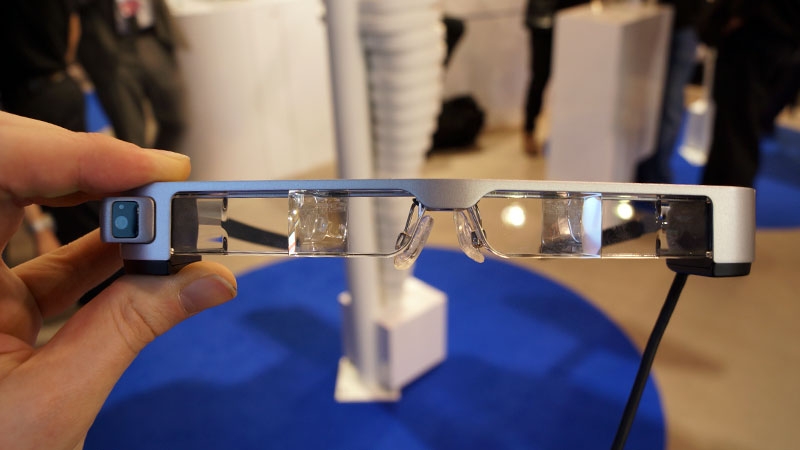 Based on our short time with the Epson Moverio BT-300 AR headset, we’re excited for the future of augmented reality. The high quality display used in the BT-300 removes any worries we had about low-quality AR overlays, although its success depends on developers creating apps for the general public to use. It’s lightweight and comfortable to wear, although the wired controller is a little disappointing. We’ll have a more thorough verdict for you once we get a sample back to the PC Advisor Towers for testing later on this year!

It seems that virtual reality is the big hit at MWC 2016 with the likes of HTC showcasing its HTC Vive Pre, Samsung flaunting its Gear VR at its Samsung Galaxy S7 event and LG showcasing its 360 VR headset at the LG G5 release. However, VR isn’t the only big thing coming in 2016 – augmented reality is also a hot topic, and Epson’s Moverio BT-300 AR glasses are pretty impressive. We went eyes-on at MWC 2016, and here we discuss its design, features, spec and availability. Read next: Best VR headsets of 2016

The Epson Moverio BT-300 glasses admittedly aren’t the best looking glasses on the market – but hey, people bought Google Glass for over £1000 and they were pretty ugly. However unlike Google Glass, the Epson Moverio features two displays across both eyes whereas Google Glass was a glamorous notification centre hovering above your right eye. The interesting part is that when the glasses aren’t being worn, we can spot the displays embedded in the glasses but once we put them on, we couldn’t differentiate between glass and display – a key factor in producing successful AR glasses, in our opinion anyway. 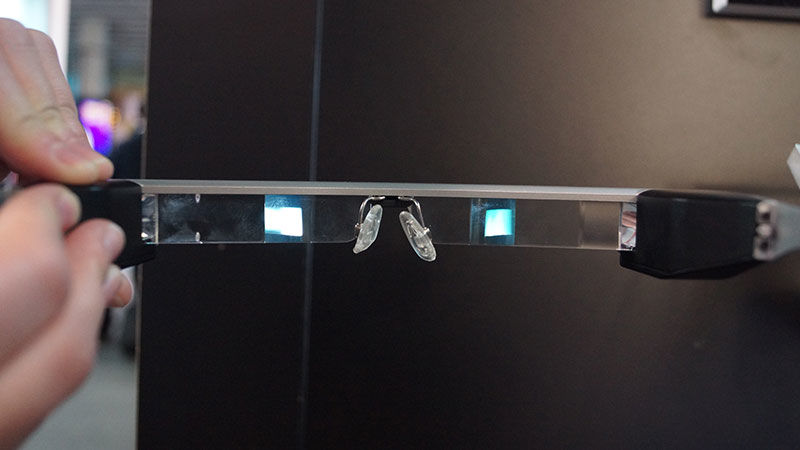 Epson also shaved off excess weight from the glasses, and the Epson Moverio BT-300 glasses are 20 percent lighter than its predecessor, the BT-200. Granted, it may not sound too impressive by itself, but it does mean that the BT-300 is now the lightest AR headset in the world. While we can’t confirm this without weighing the headset ourselves, we must admit that they didn’t feel particularly heavy when worn, which is impressive when you think about the tech packed inside them.

The only downside to the AR glasses is that they include a hard-wired controller, which is used to control the headset – we’d have preferred to have seen some kind of swipe/gesture controls on the headset, but we’ll have to add that one to our Epson Moverio wish list. 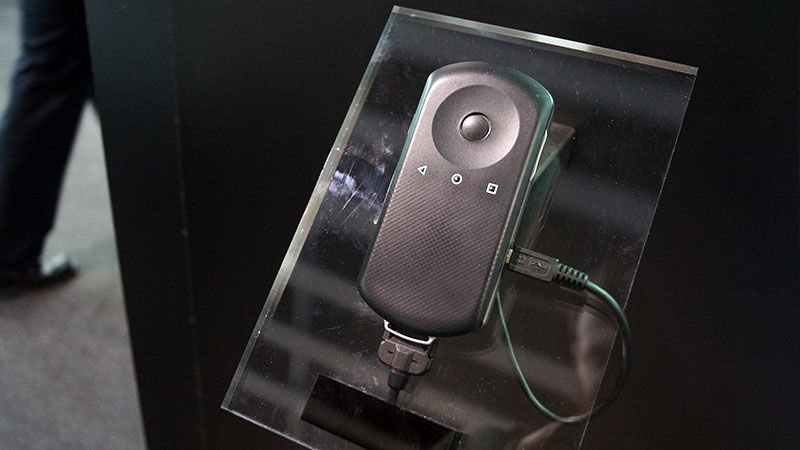 While we’re excited for the future of augmented reality (especially Microsoft’s HoloLens), traditionally speaking, AR headset displays aren’t the greatest in terms of display quality. Epson looks to change this with the BT-300’s, as the company has removed the qHD TFT LCD display featured in its predecessor and replaced it with an si-OLED (silicon-based Organic Light Emitting Diode) 720p display, which provides incredibly sharp, bright and vibrant images.

To showcase this, Epson set up a stand with a pair of Moverio BT-300’s facing a TV displaying a city landscape at night. When we looked through the glasses, we could see fireworks being let off in the background of the landscape, and while we thought it was the TV displaying it, it was actually the glasses imposing the fireworks over the TV scene. We were extremely impressed by the quality of the images produced by the glasses, and at times we couldn’t tell the difference between TV and AR overlay.

Taking a look under the hood, the Epson Moverio BT-300 is powered by a Quad-core Intel Atom X5 processor, and runs Android 5.1 Lollipop. This means that Android developers can create AR-supported apps that’ll work with the BT-300, and the company has already been working with DJI to provide drone fans with a live stream of the DJI camera when in-flight, directly to their glasses. Other examples given include adding subtitles to films for deaf people (or those that speak a different language), as well as an object recognition app that could be very helpful for those that are visually impaired. 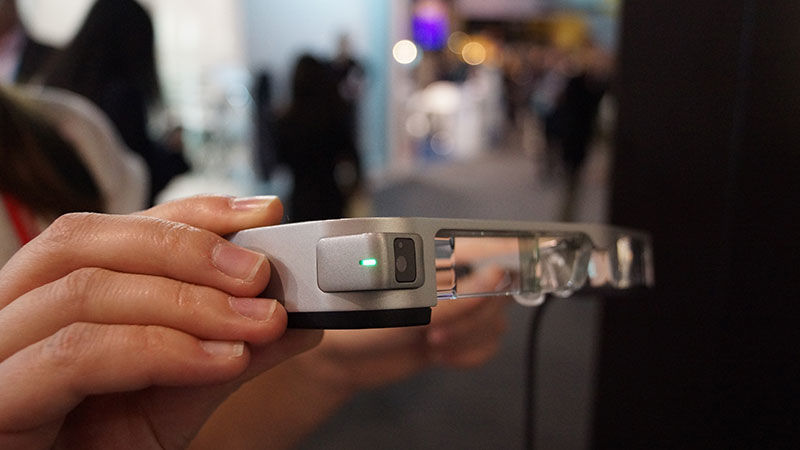 The Epson Moverio BT-300 AR glasses also feature a built-in 5Mp camera that can take photos and record videos on the fly, although we learnt with early Google Glass adopters that the general public don’t take kindly to potentially being filmed/photographed without their knowledge, although it can also have many benefits. We didn’t get a chance to operate the camera during our hands-on, but we’ve reached out to Epson for some sample photographs taken with the headset to include here. We’ll update the article if/when we receive them.

Read next: Everything we know so far about PlayStation VR

The Epson Moverio BT-300 AR glasses are available to pre-order right now from the Epson website for the sweet price of $799, although UK pricing is yet to be confirmed. In terms of a release date, the firm has confirmed that the headset will be shipping later on this year, with the Epson rep at the stand at WDC 2016 suggesting that an October launch would be likely.