Both of ZTE’s Blade V7 smartphones are decent mid-range offerings with screen sizes we’ve come to favour. At first glance they both look like stunning phones with gorgeous design, and we’re pleased to see that they’re made with aluminium rather than a metallic plastic, but on closer inspection the build quality leaves a lot to be desired. There’s nothing particularly outstanding about either phone and it’s odd that ZTE has decided to include the fingerprint sensor in the Lite model and exclude it from the V7 itself, but the camera sets are good for the price and the processors shouldn’t be sluggish unless you intend to regularly multi-task or run power-hungry apps. We’ll reserve our final verdict until we get official confirmation of a UK price, but it sounds like they could have appealing price tags that could help us overlook their little flaws.

ZTE used MWC 2016 to show off the Blade V7 and its little sibling the V7 Lite. Both are good-looking mid-range smartphones with decent specs, but the build is a bit shabby and the decision to exclude the fingerprint sensor from the higher-spec model is odd. Here’s our hands-on review of the Blade V7 and V7 Lite from the show floor. Also see: Best new phones, tablets, laptops & more at MWC 2016.

Aside from a vague estimate of ‘Summer,’ we couldn’t get a specific release date from the team at the ZTE stand. We do know that the V7 will cost 250 Euros (just under £200) and the Lite model will be 180 Euros (around £145), which is not a bad price when you consider the design and specs of these smartphones, as we talk about more below. 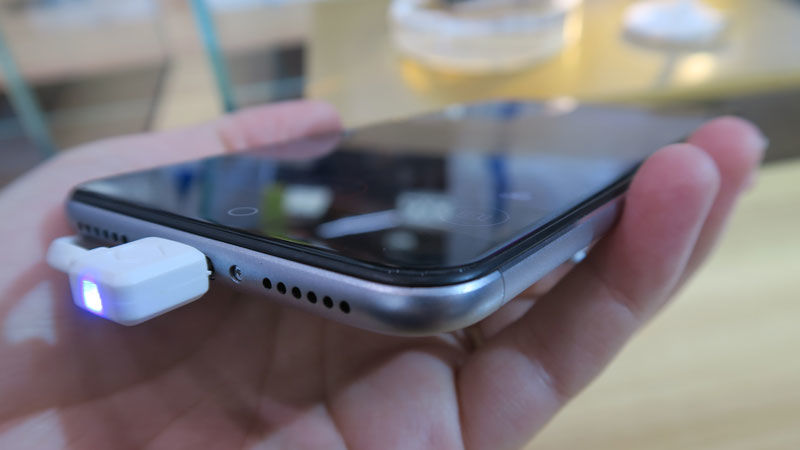 Both smartphones have sleek, stylish all-metal aluminium bodies. The V7 is particularly gorgeous, with a bright display featuring glass that’s slightly curved on the edges a bit like the iPhone 6s, making it really comfortable in the hand. It’s also nice and thin at 7.5mm at its thickest point. On closer inspection, the seams across the back of the smartphone are uneven and a bit creaky, which is an unfortunate giveaway that the good-looking phone comes with a mid-range price tag. 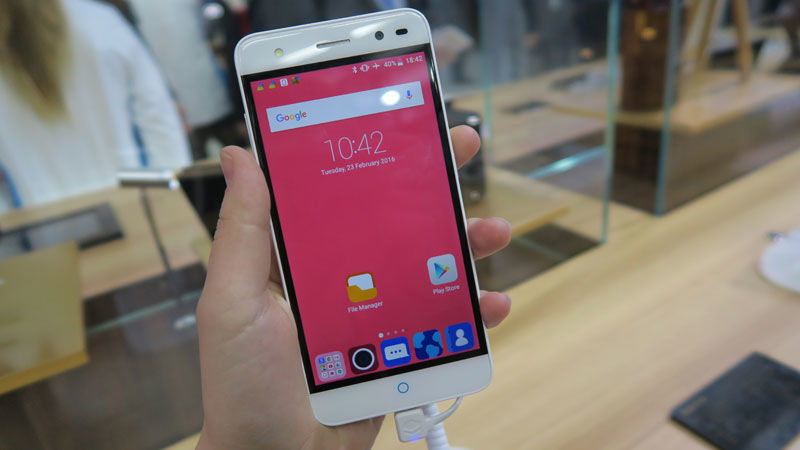 The V7 Lite is a bit thicker at 7.9mm and suffers from some similar creaky build flaws but it still has the curved edges and 2.5D display we like on the V7.

The V7 is available in gold and silver with a black front, while the V7 Lite has a white front with a silver chassis.

Not let’s take a look at what’s beneath those screens. The V7 offers the better specs, with a MetiaTek MT6753 Octa-core processor at 1.3GHz paired with 2GB RAM. We’re expecting it to be fairly zippy but it’s unlikely to find itself anywhere near the top of our fastest smartphone chart when we get it back to our labs for benchmark testing.

The Lite also has a MediaTek processor, this time the MT6735P, which is Quad-core rather than Octa-core which will slow things down a bit. It also has 2GB RAM, and both phones have 16GB of internal storage expandable up to 128GB thanks to a MicroSD card slot. That slot also doubles as a second SIM slot as both phones are dual-SIM. 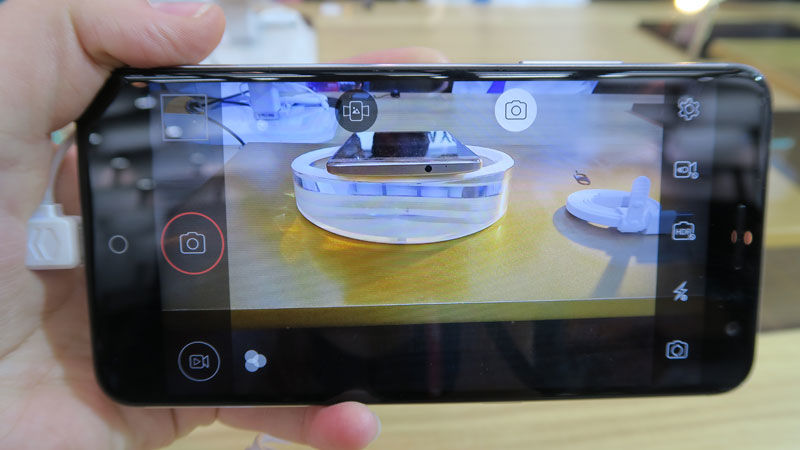 When it comes to the camera, you’ll find a 13Mp camera on the rear of the V7 with a dual-LED flash. There’s auto-focus touch focus, face detection, HDR and panorama, as well as 1080p video at 30fps. On the front is a 5Mp camera for selfies. 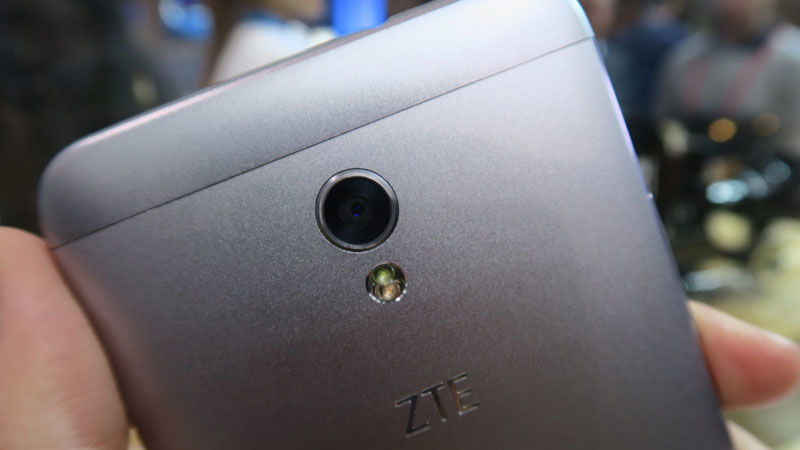 The Lite’s cameras are 8Mp on the rear with a single LED flash and auto-focus, and there’s actually an 8Mp on the front too, also paired with an LED flash so squarely aimed at the selfie generation in this case. Like the V7, it also offers 1080p video at 30fps. 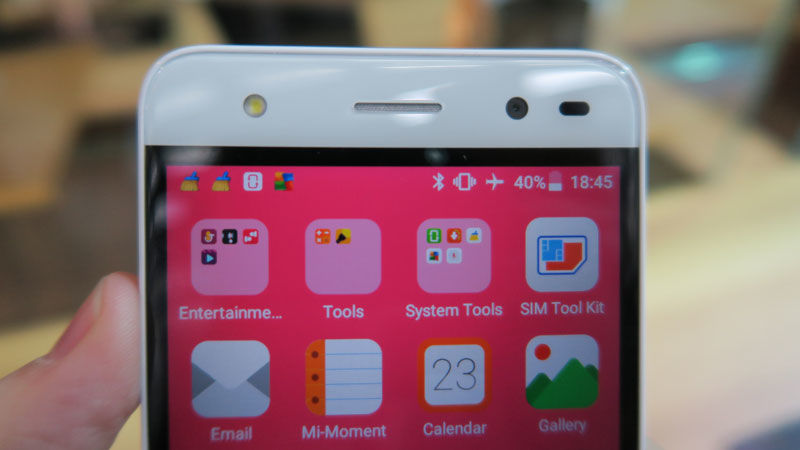 Interestingly, the Lite also has a fingerprint scanner on the rear which the higher-end V7 doesn’t offer, so thats another area where the Lite manages to be better than its bigger sibling. We’re not entirely sure what the thinking was here, but if a good front-facing camera or a fingerprint sensor is a deal-breaker for you then you’ll have to put up with the lesser specs of the V7 Lite or look to another smartphone manufacturer completely. 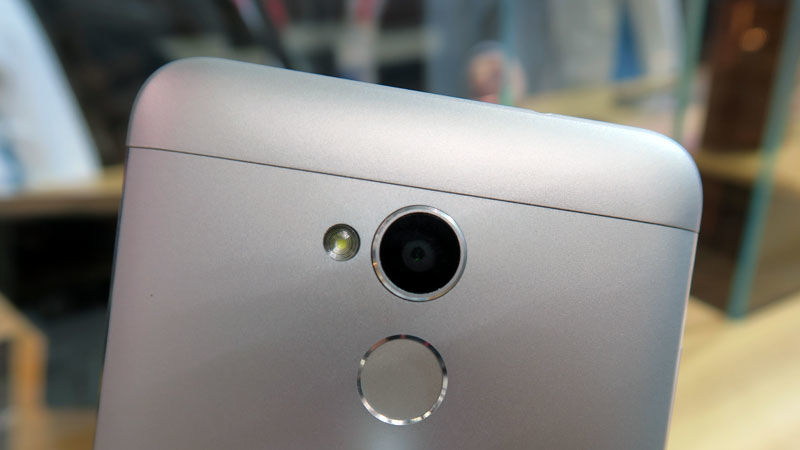 Neither phone is compatible with the newer 802.11ac WiFi standard but both offer Bluetooth 4.0 and charge via microUSB. The batteries are non-removable, and both are 2,500 mAh.

You’ll find Android 6.0 Marshmallow on both phones with ZTE’s own interface overlaid, which looked a bit on the ugly side to us with bright and cartoon-like icons but it really comes down to personal taste.