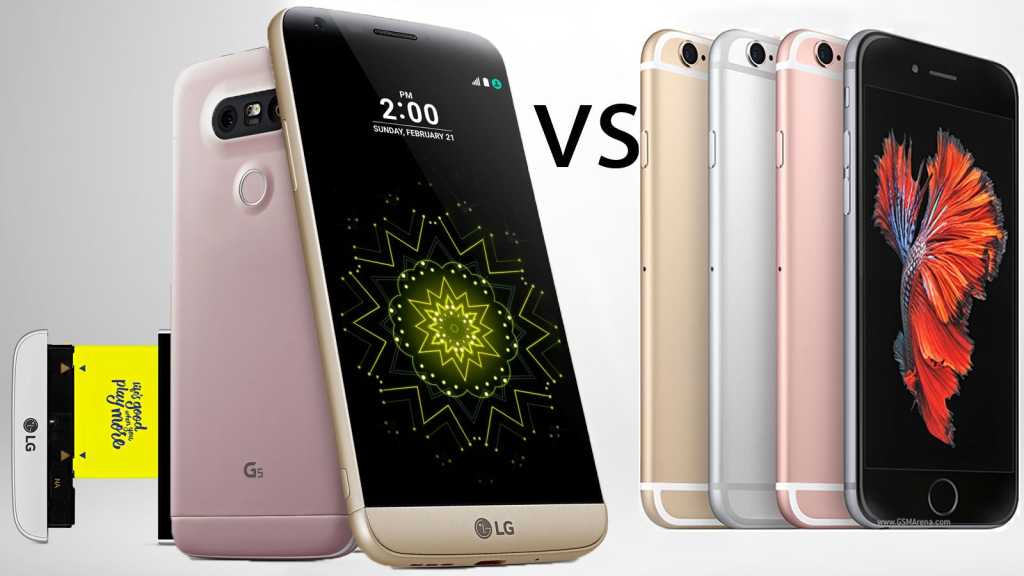 It’s too early to give a definitive verdict on which phone is the best. The G5 should be quicker in benchmarks, and it will be interesting to see how long the battery lasts in our tests. For many people, the iPhone 6s will win because it’s an iPhone and runs iOS. But for those iPhone owners thinking of jumping ship to Android, now could be the ideal time.

The LG G5 is one of the biggest Android launches of 2016, but how does it compare with Apple’s flagship? If you’re wondering how the G5’s specifications stack up against the iPhone 6s, you’ve come to the right place. Here we’ll discuss features, price and specs. Also see: Best smartphones 2016.

This comparison is based on long-term use of the iPhone 6s, plus the information we know about the G5. We’ve already shared our initial impressions of the phone in our hands-on review of the G5, but our limited time with it means we can’t yet offer any benchmark results, battery runtime or comment on the quality of the cameras. Also see: Best new phones, tablets, laptops & more at MWC 2016. 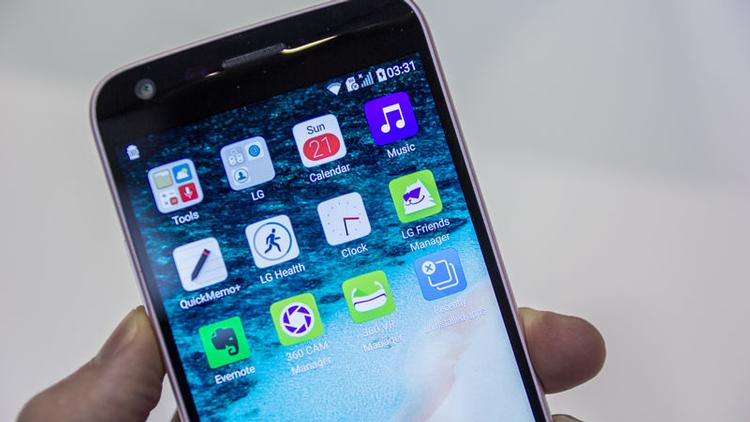 The G5’s price hasn’t been officially announced, but at least one UK retailer has put the phone up for pre-order at £499.99. 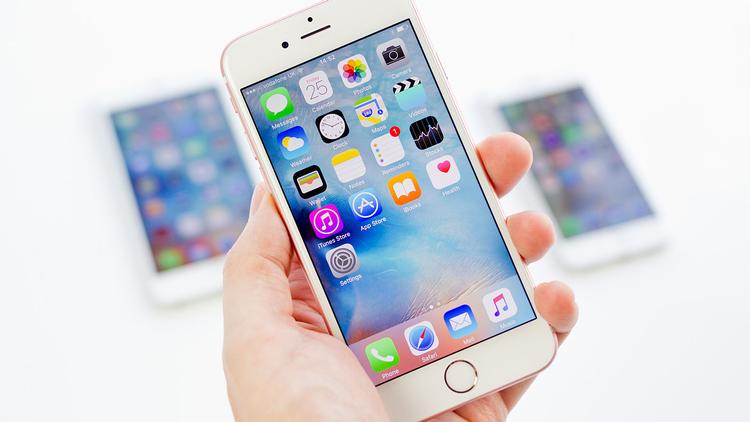 Here’s a summary of the main specs.

Aside from the obvious difference in operating system, the iPhone 6s is physically smaller with a 4.7in screen. That suits some people perfectly, so it wouldn’t be fair to criticise it for its small size. 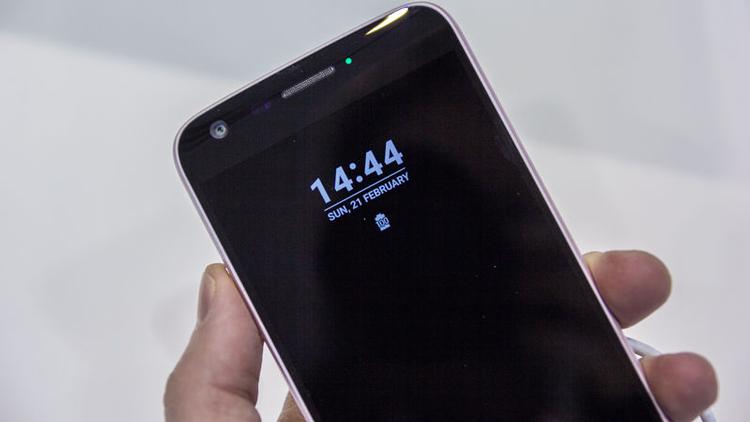 However, while devote Apple fans will defend the low resolution and say it’s plenty on a screen of its size, you get a much higher ppi with the G5 even though it has a bigger 5.3in screen. That’s closer in size to the iPhone 6s Plus of course, which has a 5.5in screen, but its full HD resolution of 1920×1080 is still lower than the G5’s.

Both Apple phones benefit from Force Touch and thanks to Apple’s control over software and hardware, this extra way of interacting with the OS is actually useful. It just takes some effort to unlearn the old way of doing things and using the Force Touch shortcuts. 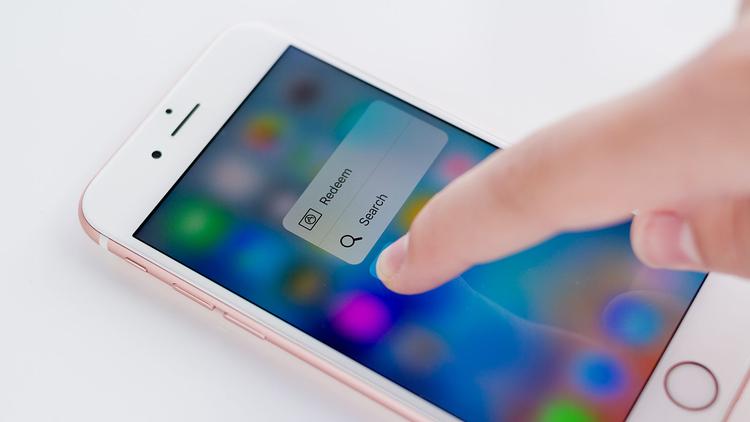 The G5’s screen doesn’t have Force Touch, but a third of it remains always on. It shows the date and time plus notifications so you don’t have to wake the phone or press any buttons to see this information.

The G5 has an even better party trick – an accessory slot. Even if future accessories beyond those already announced turn out to be rubbish, the G5’s modular nature has already had a positive reception. Plus, the battery is removable, whereas the iPhone’s is not. 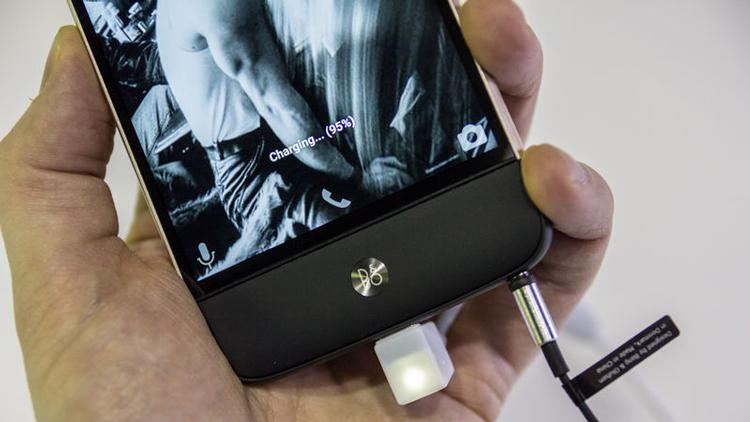 As we already know from our in-depth audio tests, the iPhone 6s has decent audio from both its speaker and from its headphone socket. The phone can’t natively play hi-res audio, though, so the G5 will appeal to audiophiles thanks to the LG Hi-Fi Plus module (above) which is a DAC produced in conjunction with B&O.

Paired with the right headphones, the G5 should be the most convenient phone for listening to hi-res music. You can use the Hi-Fi Plus with an iPhone (or any other Android phone) in stand-alone mode, but this isn’t as convenient as plugging the module into the G5.

The other accessories include the 360 VR headset and a 360 camera. Whether these are any good remains to be seen, but they could offer an inexpensive entry point to virtual reality without resorting to using a Google Cardboard headset. 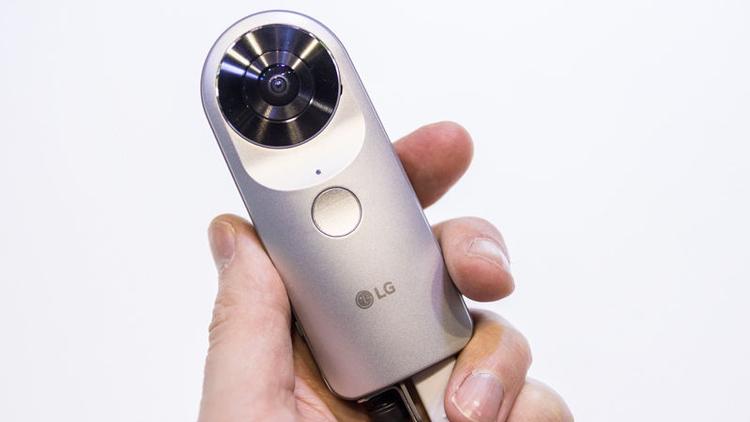 The iPhone, on the other hand, has a well established ecosystem, so accessories are plentiful and – if you want them to be – cheap. From a compatiblity point of view, the iPhone is probably the better choice: no-one knows how many accessories will be developed for the G5. It might be popular, but it might not.

We’re also eager to test out the LG Cam Plus which adds a battery, shutter button and other camera-specific controls to the G5.

It works with the G5’s built-in cameras, all three of them. On the rear is a 16Mp ‘standard’ camera and it’s paired with an 8Mp wide-angle camera. By using the slider (or the zoom wheel on the Cam Plus) you can seamlessly transition between the cameras, zooming out to 0.5x, as LG puts it. 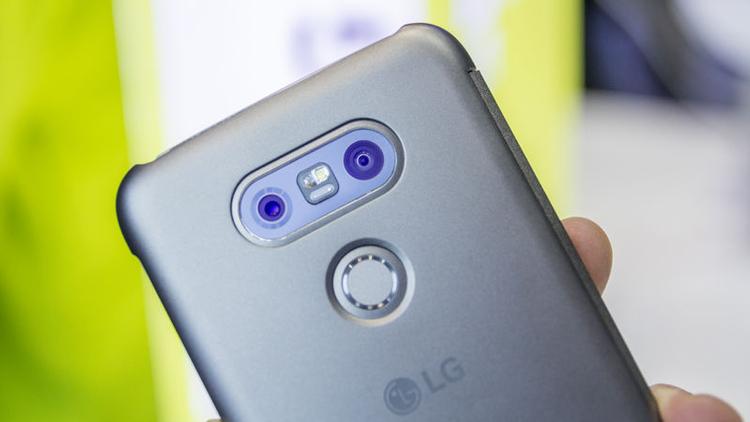 The 135-degree lens comes into its own for video, as it offers action-camera-like footage which can be ideal when you want to capture a view that’s a bit wider than human vision. Typically, phones offer a narrower view for video than for photos as they simply crop to a smaller portion of the sensor. The G5 gets around that, and no doubt we’ll see a bunch of accessories for strapping the phone to your body so it can record hands-free like a GoPro.

The G5 also has optical stabilisation – it’s unclear whether that applies to both cameras or just the 16Mp one at this stage. 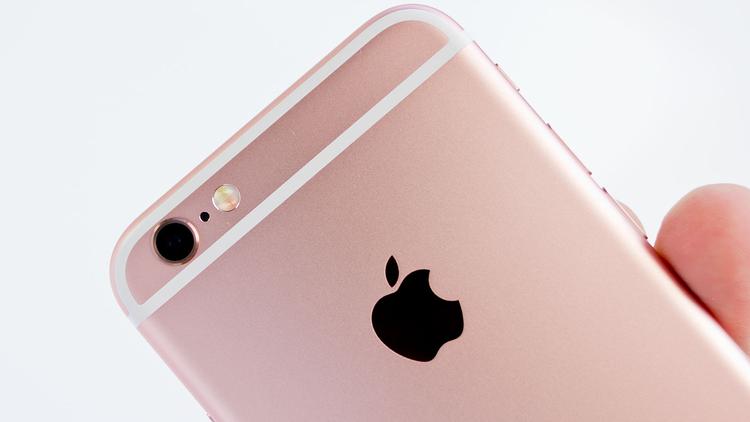 Both can shoot video at 4K, but the G5 can also use its wide-angle camera for 4K, which makes it an even better action camera.

We know the iPhone’s camera delivers excellent photos and video in good light, and isn’t as good as the best Android phones in the dark, but until we can properly test the G5’s cameras, we can’t say which is best.