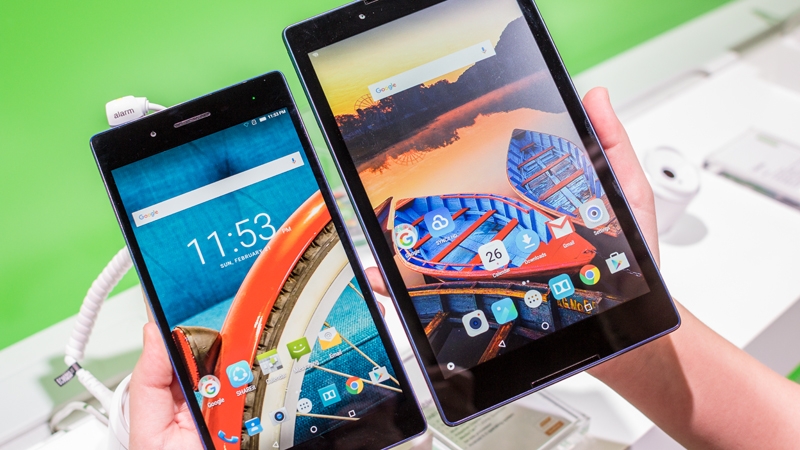 The Lenovo Tab3 tablets are cheap and cheerful, offering lots of features for families at a brilliantly low price. Where it really shines is in its software. Multiple users on a tablet is a real boon, particularly when you can make some of those users kid-safe accounts to protect kids on the internet and stop them from stumbling across websites and apps that they shouldn’t be.

Lenovo revealed a slew of new products at MWC 2016 and among them is the new Tab3 range of Android tablets that are cheap and family-friendly. We spent some time with the Tab3 7 and the Tab3 8 to bring you our hands-on review from the MWC 2016 show floor. If you are in the market for a cheap tablet you might also like: Best budget tablets. 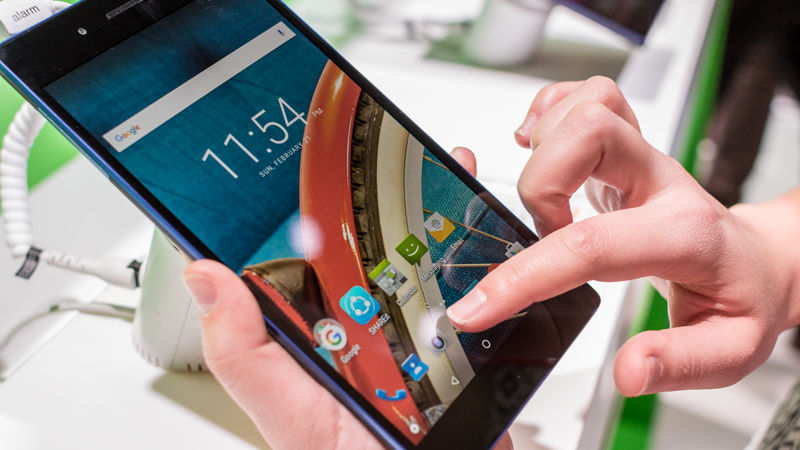 As the names suggest, the Tab3 7 and Tab3 8 offer 7in and 8in screens respectively. They’re not the best-looking tablets around, but they do start at under £100 so we weren’t expecting anything particularly sleek. They’re 8.8mm and 8.9mm thick, the latter due to the larger battery included in the Tab3 8 to power the slightly bigger and better screen. They’re made with plastic and the bezels are quite large, but they did seem durable and claim to be splash-proof too, perfect for a tablet made with families in mind. 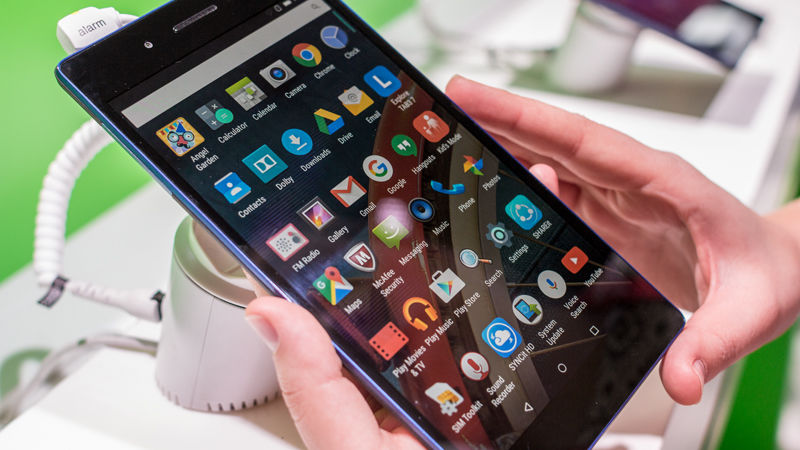 The screens on the Tab3 models are quite poor, with the 7in model offering an SD resolution and the 8in model offering HD, but even that looked a bit fuzzy around the edges during our testing. They seemed particularly reflective and susceptible to fingerprints and smudges, not ideal for a tablet designed to be used by kids.

Inside the Tab3 models is a 1.0GHz MediaTek quad-core processor with 1GB RAM, which is pretty standard for a budget Android tablet so we’re not expecting anything too whizzy. The tablets seemed quite zippy and responsive during our time with them but we’ll have to wait for the results of our benchmark tests to see exactly how they compare with rivals.

There’s only 16GB of internal memory, which could be an issue when you consider that each user might want to download their favourite apps, take photos, download videos and more all on the same device. 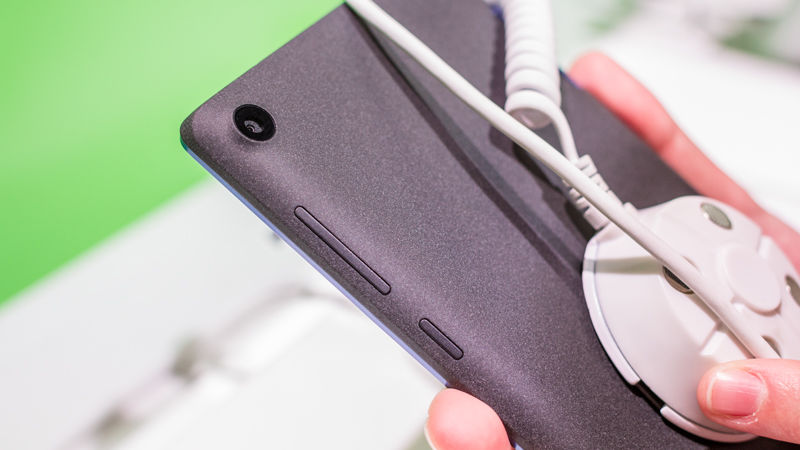 The camera on the rear of each tablet is a reasonable 5Mp and on the front its 2Mp. We’re not fussy about cameras on tablets but we know kid’s love to snap photos with tablets and handheld consoles so it’s good to see that Lenovo hasn’t skimped too much on the specs here.

Where Lenovo has really thought about families, though, is in the software, which is a modified version of Android 6.0 Marshmallow. Both tablets offer multiple user accounts, which are easy to switch between just by swiping down from the top of the screen and choosing the account you wish to switch to. 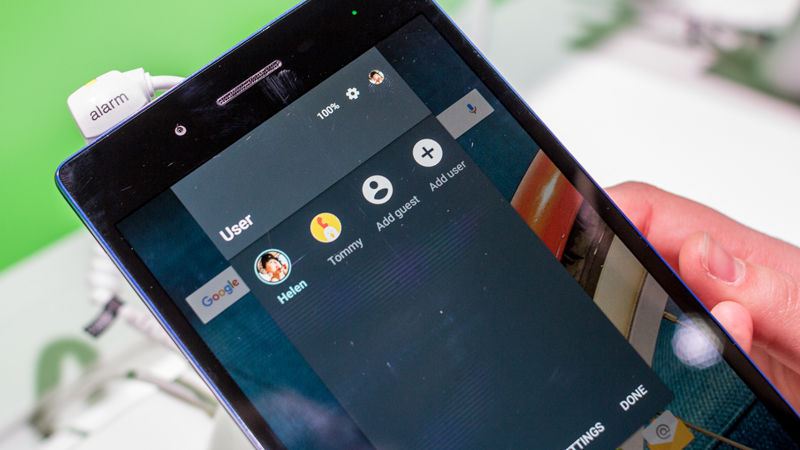 This means each member of the family can have their own account with their own background, apps and email accounts.

Plus, there’s also a kid’s mode available, which can be assigned to a particular family member’s account. Parents can enable safe web browsing options, restrict access to the tablet at chosen times and choose which apps the child can access. 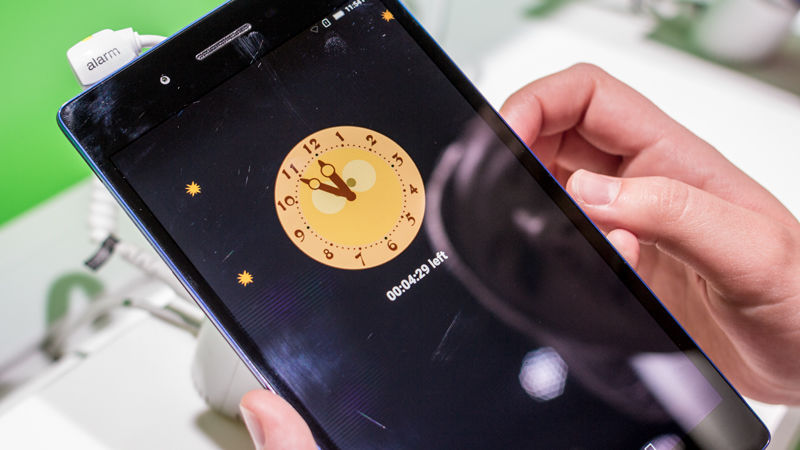 Lenovo has also added Adaptive Display technology to ease the effect prolonged screen time can have on the eyes of children. Adaptive Display filters out blue light and adjusts to what’s displayed on screen. It also uses ambient light sensors to adjust the brightness and colour to be easier on the eye.

Both tablets are available with optional 4G LTE support, too.