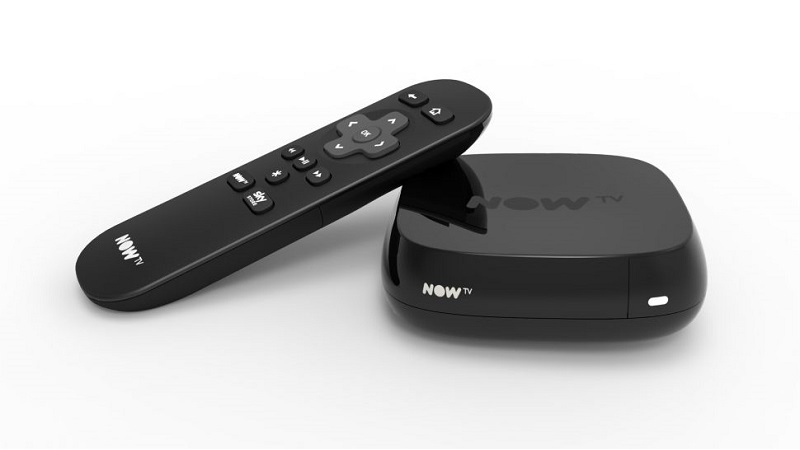 For under £15 and various value bundles, the second generation Sky Now TV Box is a great budget media streamer. It not only allows contract-free access to a wide range of Sky content but also a number of other apps including BBC iPlayer and ITV Hub. It’s just a big shame that Now TV is limited to just 720p.

Media streamers are all the rage, giving you quick access to a wealth of online content. Sky’s second generation Now TV Box is one of the cheapest around and while it gives you non-contract access to movies, sport and entertainment, it has a major flaw. Here’s our Sky Now TV Box (2015) review. See also: Best media streamers 2016.

Although this is known as the 2015 model, it’s still available to buy from Sky and a new 2016 model won’t arrive until later this year so the device is very much still relevant. Read: Best Sky Movies on demand 2016.

For the device itself, the Sky Now TV Box is just £14.99 making it easily one of the cheapest media streamers around. There’re a couple of reasons for this but mostly because you need to spend more money to utilise it to its full potential.

While the Now TV Box has access to services other than Sky’s, we’ll explore them later, the main reason to buy it for most will be to access Sky content without becoming a full-on Sky contract customer.

Now TV consists of Sky Movies, Sky Entertainment and Sky Sport – you can choose which out of the three you want to pay for. It will probably be worth your while getting the now TV Box in a value bundle if you’re going to use Now TV.

If you do sign up to Now TV not only can you cancel your subscription at any time but you register up to four devices and watch on two at the same time. Now TV is supported on Chromecast, PS4, PS3, Xbox One, Xbox 360, Roku, YouView, LG Smart TV, PC, Mac plus some smartphones and tablets.

As with the first Now TV Box, the second generation device is another rebranded Roku player. The little box which fits in the palm of a hand is just 141g but packed with a fair bit of tech.

The Now TV Box has dual-band Wi-Fi (11a/b/g/n) but you can also use a wired connection if you prefer with the Ethernet port. You’ll need to use the HDMI port to connect the box to a TV or alternative display and setting things up is quick and easy – once you have an internet connection you need to log into your Now TV account – although it does take an age to scroll through the Ts&Cs before you can accept.

As well as those basic ports the box has a Micro-SD card slot and USB port. However, you can’t use either of these. Sky says “not currently for use – hardware for potential future functionality.” But we can’t imagine they will be activated.

Once setup you’re presented with the Roku software interface (above) which looks nice and is intuitive to use. It’s very basic which will suit beginners but there are modern features found on the Roku OS 7 which are missing from the Now TV Box like the ability to search the channel store and get updates on upcoming films via My Feed.

The supplied remote control is almost identical to Roku ones with the main difference being two dedicated Sky buttons for Now TV and the Sky Store. At the price it’s no surprise that the remote is infrared and therefore needs line-of-sight to the box in order to work. It does sometimes require a firm press so can give the impression of being unresponsive but you get more used to it over time.

A main reason to get the Sky Now TV Box is to access Sky content but the device has access to other channels/apps. In fact, it has quite a lot on offer with BBC iPlayer, ITV Hub, All 4, Demand 5, YouTube, BBC Sport, Facebook, Spotify, TuneIn Radio and Vimeo all available. There’s no Netflix or Amazon Prime, though, before you get too excited.

As mentioned earlier, the box is best suited for those wanting Sky content without being a fully-fledged Sky customer. As well as being able to buy individual movies on the Sky Store, Now TV is great for anyone looking for sports, entertainment or films and we like the ability to pick and choose what you do and don’t want.

The Entertainment package is the best value for us because not only does it offer live streaming of 13 channels including Sky 1 and Sky Atlantic, there is plenty of catch-up and on-demand content, too. At the time of writing this includes Boardwalk Empire, New Girl and Lucky Man. A small problem is a lack of search once your browsing around the Now TV content – you have to back out to the main menu for this which is a little annoying.

Accessing these channels with no lengthy contract is a great deal, especially if you want to sign up only when your favourite programme is on – calling all Game of Thrones fans.

Everything is pretty great so far but there is a big problem with the Sky Now TV Box. Despite supporting Full HD 1080p output, Sky Now TV can only manage 720p which is quite measly – especially with more and more 4K content being available. So while you can get fairly cheap access to Sky broadcasting, the quality is not good.