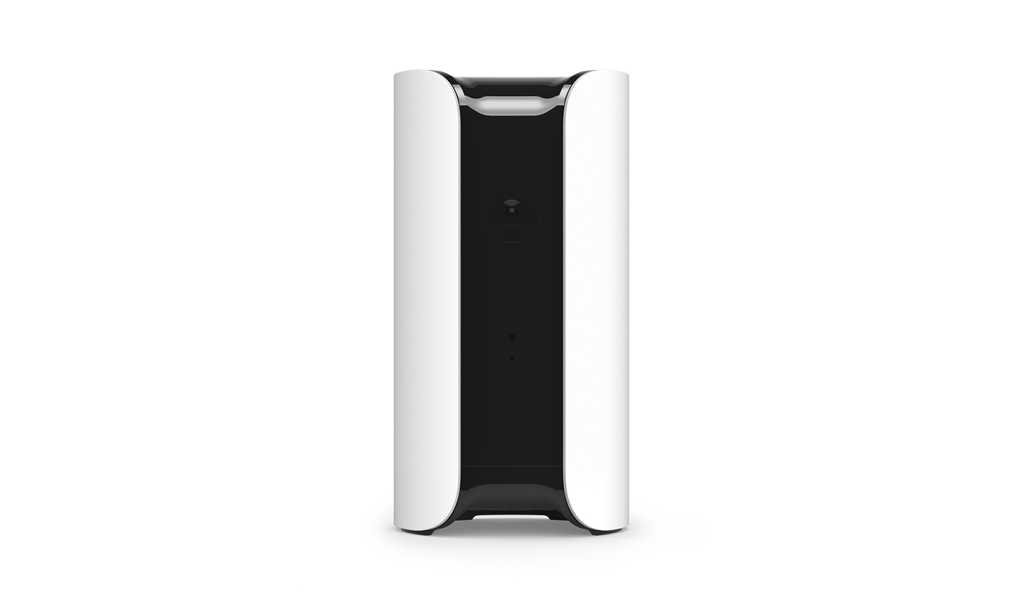 The Canary does a few things that you don’t get with other security cameras, such as the air quality monitoring and the siren. 24 hours of free cloud storage is nice, but Canary now charges for features which used to be free, including the ability to download video via the phone app and view entire clips. The new subscription model means the Canary is no longer good value, and we can’t recommend it.

There has never been a bigger choice of home security cameras and the majority can be set up in less than 15 minutes. The Canary is no exception: a plug-and-play unit that took me less than 10 minutes to install. Once connected to Wi-Fi, it offers a 147-degree view of your room in 1080p full HD as well as an overview of your home’s ‘health’ including air quality, temperature and humidity. Is it the right camera for your home? Read on to find out.

Why is Canary charging for some features now?

Since we originally reviewed the Canary, the company has taken the decision to remove a number of services (which were included previously) in favour of asking owners to pay for these through Canary Membership. Current memberships are priced at £79 per year or £7.99 (£95.88 annually).

The most significant changes are:

Canary Members will also benefit from two-way Canary talk which allows you to use your smartphone to talk through your camera and web browser streaming that provides access to live footage from your desktop as well as 30 days recorded footage.

As a result of these changes, we have amended the original 4-star rating to 2.5 stars. The device itself is very good, but Canary’s new focus on membership packages has removed a number of key features for existing owners and has significantly impacted the value of the device for new owners who are unwilling to pay the membership fee.

What follows is our original review:

So what could you use the canary for? Well its most obvious use is to monitor what’s going on at home from a security point of view, but I was also interested in keeping an eye on my dogs Axl and Izzy while my wife and I were away from home. The Canary was perfect for both, as it has a microphone that registers unusual sounds such as glass breaking or a dog barking and motion detectors that monitor movement in the close vicinity, both of which trigger the camera to start recording.

All recordings are saved to the Canary’s cloud storage and  the most basic package is free and stores footage of events captured in the last 12 hours (now 24 hours). There is of course a range of packages providing additional cloud storage for events up to 30 days ago if you’re willing to pay.

The Canary is controlled using its dedicated iOS and Android app and I have to say I could not have been more impressed with how easy this was to use. The app allows you to view recorded footage, all nicely presented in a chronological timeline. Naturally, you can also watch a live stream at the touch of a button on the app’s home screen.

The Canary is available to buy for £159 directly from the manufacturer at store-uk.canary.is or from UK retailers including John Lewis, Amazon, Apple, Maplin and PC World.

This is the same price as the Nest Cam, but a little more than the Y-Cam HomeMonitor HD, which you can buy from Amazon for less than £140.

The Canary is a standalone device and is available in a choice of three colours: white, black and silver. Also included is a microUSB power adaptor and an unusual secure setup cable that plugged directly into my iPhone’s headphone socket during installation.

Connecting the camera to broadband can be done using either Wi-Fi or via an Ethernet cable to your router, if it’s close by or you use powerline adaptors.

The camera measures 152 x 76.2mm weighs just 396g. Build quality is excellent and it has a contemporary design that means it looks like a modern home accessory that can be colour-coordinated with your home. There’s no hint of traditional CCTV or surveillance camera.

Audio quality is equally as good from the built-in microphone, which is also used to begin recording as soon as an unusual sound is heard.

The device also begins recording as soon a movement is recorded using the camera and and 3-axis accelerometer. Annoyingly, there’s no option to specify an area within the field of view to monitor for movement. Movement which occurs anywhere will trigger an alert. There is a sensitivity slider which you can ajust to receive fewer alerts, and the algorithms learn (with your feedback) when movement is due to a pet, moving light or shadows, and will – over time – stop notifiying you of these events.

The Canary is also fitted with a loud siren which you can sound using the iOS or Anroid app. This is intended for warning or deter an intruder of course, not for playing pranks on your family. There’s no speaker for two-way communication as the Nest Cam – and some other cameras – have.

In addition to the home security features, the Canary it is also equipped with sensors which monitor air quality, humidity and temperature. Specifically, it can detect ISO Butane, Carbon Monoxide, hydrogen, ethanol and cigarette smoke.

Other devices that measure air quality include the Foobot.

You’ll be notified of any abrupt changes and, while the CO detection is particularly useful, the canary isn’t quite the equivalent of Nest’s Protect which is a dedicated smoke and carbon monoxide alarm, which works independently of (but can talk to) the Nest Cam and Nest thermostat.

By contrast, the Canary is unfriendly to most other smart home kit. There’s no IFTTT support, either, so you can’t get around the lack of official third-party support. The only integration is with Wink smart home kit, but this isn’t available in the UK – just the US.

The Canary app works with the iPhone 4s or newer and on Android devices with version 4.0 or newer.

I tested the Canary using an iPhone 6s and could not have been more impressed with the app, which began by guiding me through the hardware setup before registering me as a Canary user and allowing me to invite my wife to register too. The app supports Force Touch and lets you press hard on the icon to choose between multiple cameras before launching the app, and also Peek to preview the live view or an event, and Pop to go to the full-screen view.

With both the app and the hardware installed I had a host of options including setting the Canary to detect when I’m at home (using the location of my phone) and to automatically arming and disarming recording depending on my location and the privacy I required.

In armed mode, the Canary is constantly monitoring for motion and sounds and will alert me to either with a push notification.

When disarmed, the Canary still monitors and records activity but will not send a notification.

Privacy mode disables both the camera and microphone to ensure that footage is not recorded when you don’t want it to be. Privacy mode can be activated automatically whenever I or another registered user return home. There’s also the option to activate any of the settings manually through the app.

The camera is equipped with an LED which highlights which mode is selected through a green ambient light for armed, a yellow light for disarmed and the light is switched off when in privacy mode.

When motion or sound is detected, you get a notification when footage is available on the app to allow you to review the video clip – and put your mind at rest taht your home is secure and that everyone is safe. All footage is recorded to the Canary’s cloud storage, which means it would be available even if the device was stolen during a burglary. The app also lets you tag video clips to identify what activity was contained in each piece of footage, bookmark a clip to make it easy to locate in the future and download a clip to save for future reference.

It is also possible to watch live footage in all modes other than privacy mode by simply pressing the ‘watch live’ button on the app’s home screen. You can zoom in (digitally) on all footage both live and recorded using a simple pinch gesture on the iPhone. Here’s the wide-angle view:

And this is the 2x digital zoom:

If you were to see an intruder you have two options: 1: sound the 90+dB alarm or 2: call a preset emergency services number to report an intrusion or a fire.

Accessing the app also feels particularly secure, as there’s the option of signing in using either a password, PIN or fingerprint recognition via the iPhone’s Touch ID.

It is also possible to manage multiple Canary cameras from the app, additional devices could either be placed elsewhere in the same home or in a separate location that you may want to monitor such as a business address, or elderly relative.

In addition to the smartphone app, you can also  was also arm and disarm using the Canary app on an Apple Watch as well as receive notifications when any activity was recorded. I loved this feature as it allows me to have piece of mind that my home and pets are safe without the need to be constantly reaching for my phone.

One of my few reservations about the Canary is that you cannot access footage or live feeds on a desktop computer: it’s only available on the app which may leave you exposed if a strong network connection or Wi-Fi is not available.