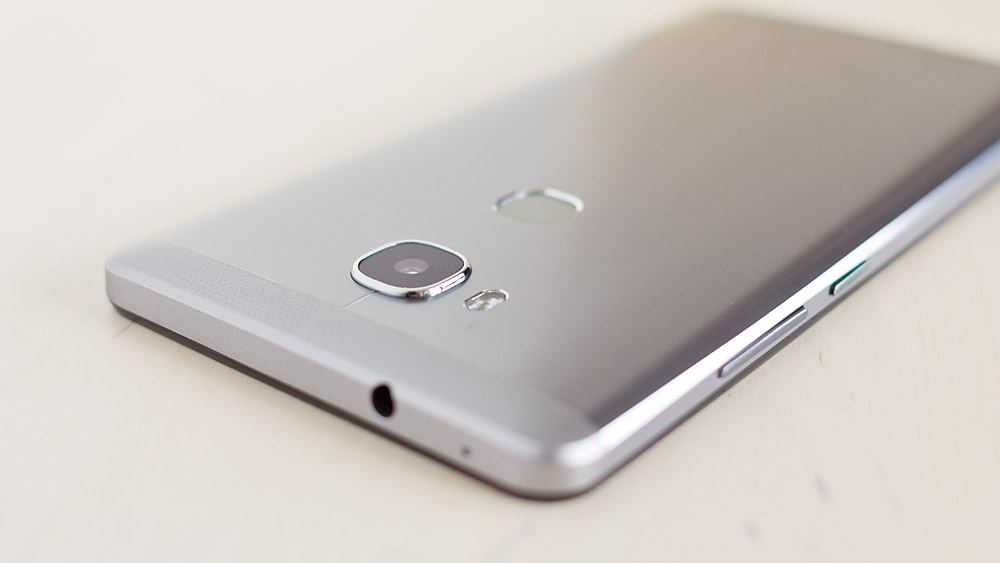 The Honor 5X is another great value phone from Huawei’s sub-brand. It offers excellent design and build with some solid specs too. It is missing some elements such as NFC and 11ac Wi-Fi so you might be better off spending a little more on the Honor 7, especially now it’s dropped to £209 (on offer). Software is once again not a strong point with EMUI still not convincing us as a top Android skin so take a look at some cheaper devices like the Moto G, too.

Shown first at CES 2016, Honor has officially launched the Honor 5X smartphone for Europe at a launch event in Munich. It’s a budget smartphone with features like a metal design and fingerprint scanner. Here’s our Honor 5X review.

Continuing its effort to crack the worldwide smartphone market, Huawei, under the guise of Honor, is bringing another budget priced phone to our attention. The ‘no nonsense’ Honor 5X is another great looking phone offering much better specs than you would expect for the price.

The Honor 5X is the firm’s first phone to launch in the US, and that’s probably why it was on display at CES 2016 (where we first saw it) as part of the Huawei stand. It’s been a few weeks for the European launch to come around but it is here.

Via vMall, the Honor 5X is available to purchase with a US price of $199 and in Europe you’re looking at 229 Euro or £189. That’s really cheap but an issue is that Honor has somewhat shot itself in the foot by dropping the price of the Honor 7 down to just £209 – on offer at the time of writing – and it comes with a bunch of features (see the hardware section) which you’ll probably want to pay the extra to get.

In terms of rivals, the excellent OnePlus X is £199, the latest Motorola Moto G (third generation) starts at just £159 and you can get a lot of phone for under £150 such as the Wileyfox Swift or Vodafone’s Smart Ultra 6.

The Honor 5X, not to be confused with the Google Nexus 5X, follows on from the Honor 7 which launched last year and comes with a similar design. It’s one reason why you might want to spend more on it compared to the cheaper phones we just mentioned.

In fact, it’s an extremely similar design when looking at the phone from the front, back or other angles. The back and sides consists of a metal construction but the top and bottom strips are plastic and have dimples on them similar to the Galaxy S5. We like the brushed finish on the main part of the rear cover which is like the HTC One M9. However, it has picked up the odd scratch or two over the few weeks we’ve had it. Also see: Best MiFi 2016.

The camera sticks out a little bit with the fingerprint scanner sitting below it and the buttons and ports are where you’d normally find them (side and bottom). Like the Honor 7, the 5X looks very premium for the price and feels solid in the hand.

A small difference compared to the Honor 7 is that the 5X lacks the ‘smart button’ on the left side which can be customised to do different things. That’s not the biggest deal and a small reason why the 5X is cheaper. It’s almost identical is thickness and weight at 8.2mm and 158g – neither of which are particularly special but aren’t too bad either.

Design and build is a strong point at this price and the Honor 5X is available in three colours: grey, silver and gold.

The Honor 5X will suit those looking for a large screen phone as the phone offers a 5.5in display – a fair amount larger than most of Honor’s previous devices. The resolution remains at Full HD so the pixel density is a little lower but 401ppi is hardly poor. For us the screen is decent for the price but the overall quality doesn’t match up to flagship devices from the likes of Samsung, of course.

Instead of using a Kirin processor, Honor has switched over to Qualcomm for the 5X and although it’s powered by the Snapdragon 615 across the pond, the firm has gone one better for Europe – literally. It has the Snapdragon 616 instead. That’s still an octa-core chip with Andreno 405 graphics. There is 2GB of RAM and we didn’t expect more at this price.

We’ve found performance to be generally slick and speedy with only a small amount of lag when opening apps and the like. Benchmark results on the Geekbench 3 front are very good (matching the Xiaomi Redmi 3) and the Honor 5X almost keeps up with the Honor 7 in the graphics department. We’ve not had any problems playing titles like Alto’s Adventure.

It’s good news for dual-SIM fans as the Honor 5X is dual-SIM (one Micro and one Nano) and you can put a Micro-SD card in without sacrificing one of those slots. It’s rare for a phone to offer all three at the same time. It can handle up to 128GB cards and comes with 16GB of internal storage.

On the photography front, the Honor 5X is essentially identical to the Honor 6 with a 13Mp (Sony sensor) rear shooter but it has a dual-tone flash. Don’t expect anything like optical image stabilisation and an aperture of f/2.0 isn’t going to offer the best low light performance around. That said the camera is capable for the price and the app is decent with a selection of modes and filters. At the front is a pretty average 5Mp camera with a 22mm lens and f/2.4 aperture. Here’s a test photo, we’ll add more soon.

As mentioned earlier there is a fingerprint scanner which is quick enough after some preliminary testing but the Honor 5X doesn’t come with all the bells and whistles you might want. For example, it doesn’t have 11ac Wi-Fi, NFC, wireless charging or an infrared transmitter – all of these, apart from wireless charging, are available on the Honor 7 so you might want to consider that if you can’t do without those specs.

The battery is a non-removable 3000mAh cell and Honor claims you’ll be able to get a day from the phone with heavy use. Moderate use will mean the device will last for 1.4 days, according to the firm. In our benchmark test the Honor 5x lasted five hours and 12 minutes with a score of 3125 which is not as good as we hoped – the Moto G lasted more than an hour longer.

It’s a shame to see the Honor 5X pre-loaded with Android 5.1 Lollipop and not the latest version 6.0 Marshmallow. However, that’s not the biggest problem here. Sadly, Emotion UI 3.1 is.

We’ve been banging on about it in almost every Huawei and Honor review we’ve written but the software remains a sticking point when it comes to these phones. That’s a big shame when the design and hardware is generally very strong.

The continuing lack of an app menu, or app drawer, means you end up with an iOS style set of homescreen panels which get littered with app icons. Yes, you can put them folders but that’s not what most Android users want – it’s not how Google made the OS after all. You can change the look and feel of the interface with a wide range of themes but none change this key element.

Honor also fiddles with other elements such as the dropdown notification bar and recent apps menu and although we don’t dislike them, it’s quite different to stock Android and that is another thing which might put some users off.

You can draw a letter on the screen to launch an app – a ‘c’ for camera, for example – if you switch it on in Motion Controls. It only works with four letters, though. A one-handed mode means you can view the interface on a smaller scale if you’re struggling with the size of the screen.  There are other handy things like being able to double tap the screen to switch it on but this, along with others, are all off by default so you have to go searching for them.

As well as unlocking the phone, the fingerprint scanner can be used to launch apps. You can assign up to five of your favourite apps to different fingers although this is pretty awkward sometimes so it’s a bit on the gimmicky side of things.

Luckily the world of Android is pretty easy to customise so some issues, like the app menu, can be sorted by installing the Google Now launcher. However, we have to review the phone as it comes and we’re still not convinced by Emotion UI.