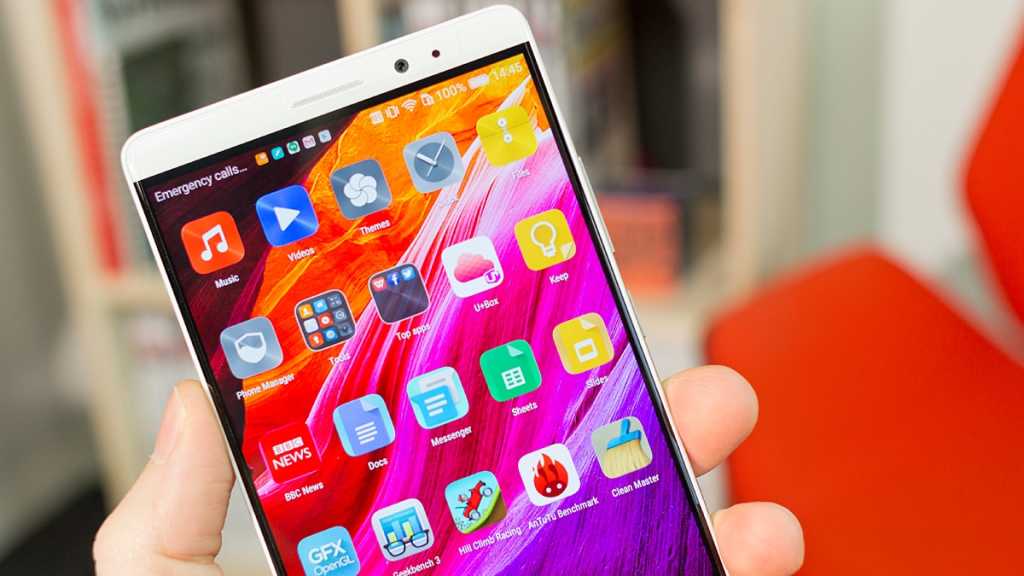 In many ways, the Mate 8 is an excellent smartphone. It has a big, high-quality screen and is well made. It isn’t the most stylish of phones, but it’s fast (unless you’re talking about games) and has decent battery life. The camera is a disappointment in terms of limitations and outright quality – even with the latest software update. For £20 more, the Nexus 6P is a compelling alternative with a higher-resolution screen, a better camera and plain Android Marshmallow. Battery life isn’t as good and there’s no microSD slot, but these are sacrifices many will be happy to make.

Some might say that the Mate 8 is the follow up to the Mate S, but while that’s true in chronological terms, in reality is the successor to the Mate 7. Here’s our Huawei Mate 8 review. See also: 20 best Android phones to buy right now.

Huawei is churning out phones at an amazing pace at the moment, especially so when you consider the company is also behind the Honor brand.  It was the first to launch a ‘force touch’ screen ahead of the iPhone 6S, although even if you want a Mate S Press Touch in the UK it’s still virtually impossible to buy one nearly four months later.

The Mate 8 goes down a different route, pairing a 6in Full HD screen with Huawei’s latest HiSilicon Kirin 950 processor and a huge battery to offer considerable power and longevity at a reasonable price.

For some people, that’s the ideal formula for an Android phone, while for others, it’s too big and too low resolution at a price that’s almost as expensive as the Nexus 6P, reviewed.

The single SIM model means just one price: £429 from the official Vmall online shop. There are two colours to choose between: Moonlight Silver or Space Gray. The first has a white screen bezel, the second black. The ‘unique’ mocha brown isn’t an option over here, and neither is champagne gold.

For the entire time we’ve been reviewing the Mate 8, it has been ‘Sold out’ on Vmall, so don’t expect to be able to order one for delivery tomorrow.

If you’ve already seen or owned one of Huawei’s other phones, you’ll instantly recognise the Mate 8. It’s like a bigger Mate 7, but the styling means it can be hard to tell at a distance which of the companies handsets you’re looking at. 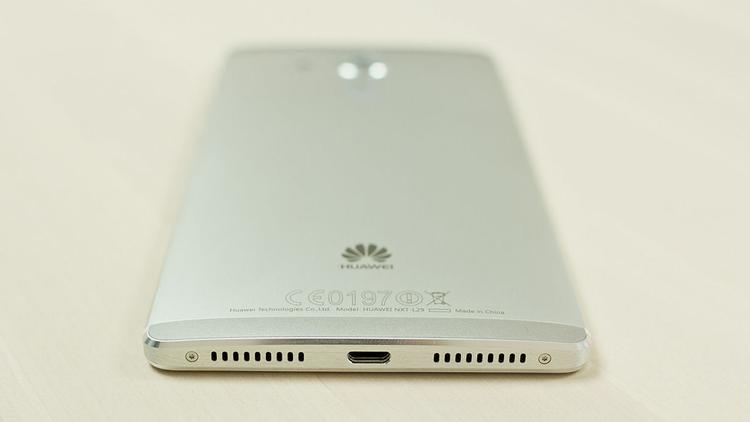 The thin side bezels are the biggest clue it’s the Mate 8: it’s cleverly designed to appear to have none at all, but there’s a plastic surround between the screen and the aluminium chassis. And the screen isn’t as large as the black portion: as you can see in the photo below there’s a border of 2-3mm all around it.It’s not noticeable on the black model, or when the background is black, but in an app with a light background, it’s very obvious. 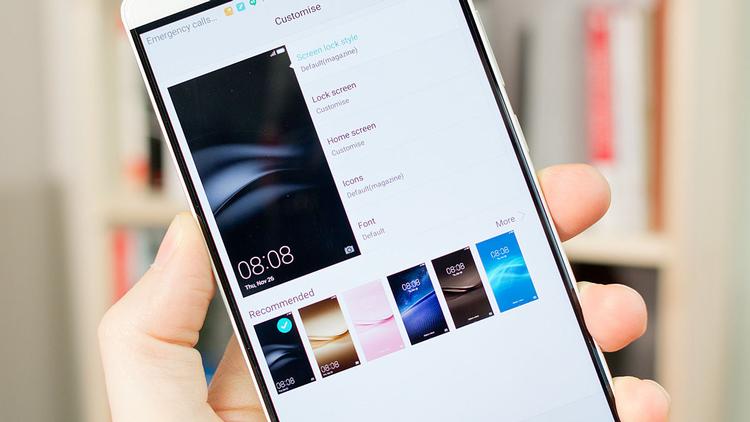 Overall, the Mate 8 is pretty much the same size as an iPhone 6S Plus, yet with a noticeably bigger screen. It’s no easier to use that screen with one hand – slightly more difficult, in fact, but if you’re after a big-screen phone, this is one of, if not the most compact 6in phone around.

The metal unibody has chamfered edges and a gently curved back which makes it feel surprisingly thin. At the bottom are two grilles, although only one is for the loudspeaker. Oddly, Huawei has decided to stick with microUSB rather than use USB C. That’s better from a compatibility point of view, but it’s not as future-proof.

Around the back is a circular – rather than square on the Mate 7 – camera bezel, and a fingerprint reader below that. There’s also a dual-LED flash. As with other Huawei phones, including the Nexus 6P, the fingerprint reader is in exactly the right position so your finger falls on it when you pick it up, and you just need to touch it to wake the phone. You don’t have to press the power button first. 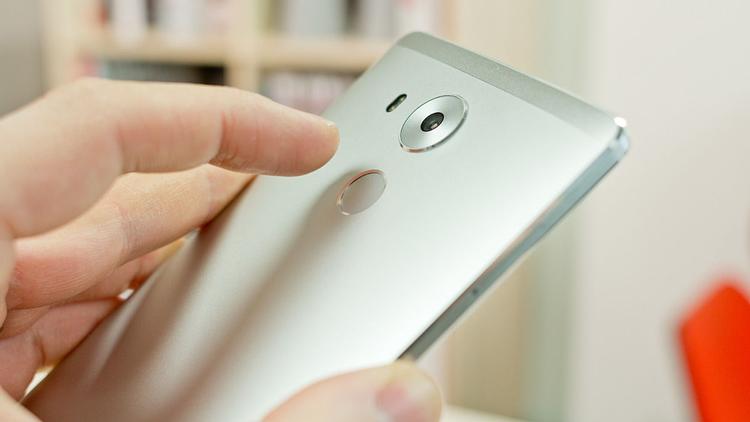 Build quality is up to the usual excellent Huawei standard, and the phone arrives with a plastic shell case in the box and a perfectly applied screen protector.

The screen itself may have ‘only’ Full HD resolution, but that’s still 367ppi. And if you don’t know what the numbers mean, it’s more than enough not to see individual pixels or jagged lines.

It’s bright at 500cd/m2 and has great colours, contrast and viewing angles. It lacks the absolute latest in screen technology, but it’s perfectly good at this price.

The Kirin 950 processor is Huawei’s own design and has eight cores, with four running at up to 2.3GHz for when you need maximum performance and four 1.8GHz cores for times when efficiency is the priority. You get some say as to which is used as there are three power plans on offer: Performance, Smart and Ultra. The latter is much like the extreme modes you may have used on HTC or Samsung phones: only basic call and text functions are available to make the battery last as long as possible in an emergency.

Performance, though is what most buyers will be looking for, and the Kirin 950 delivers is in spades.

It also smashed the Antutu benchmark, scoring 90895. This isn’t a core test for us, and has recently been changed, so this score looks artificially higher than phones which were tested using the older version.

The Mali T880 GPU isn’t quite as impressive, and will be considered mid-range among 2016 flagships. It managed only 16fps in GFXbench’s Manhattan test and 38fps in T-Rex. The new Car Chase test was a virtual slideshow at 6.1fps. Bearing in mind that the screen has only 1920×1080 pixels, these aren’t impressive numbers.

You’ll still be able to play your favourite Android games, but if gaming is a priority, your money is better spent elsewhere.

The Kirin 950 has a couple of other benefits which aren’t so obvious. First, it’s quick enough for real-time encryption and also to make the fingerprint scanner twice as quick as on the Mate 7. Huawei says it can also detect 10 percent more area and has ‘fingerprint friction ridge matching’ with three levels of security. In our tests, the scanner was lightning fast – like the iPhone 6S – but it didn’t like it unless we placed a finger square-on to the sensor.

Battery life is good though. You can’t remove the 4000mAh, 15.3Wh battery, but it should last two days with relatively light use, or a full day with heavy use. In the Geekbench battery rundown test with the screen set to our normal 120cd/m2, it lasted an unprecedented 10 hours 15 minutes. Its nearest rival is the Galaxy S6 Edge Plus which lasted 8 hours 39 minutes.

The phone ships with Marshmallow 6.0 – read our full review – and Huawei’s Emotion UI 4.0. EMUI is as iOS-like as they come, and Huawei’s additions and tweaks are useful on the whole. There are various optimising utilities which aim to keep the Mate 8 running at top performance all the time and another built-in feature is the document ‘scanner’ which automatically straightens images of documents when you take a photo. 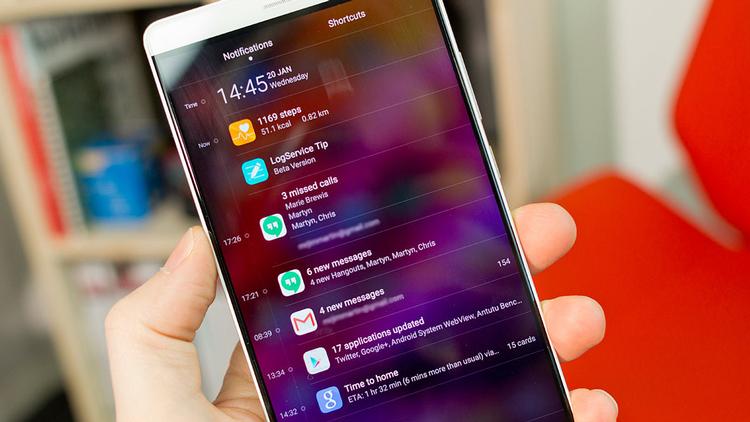 However, there’s also plenty to be frustrated by, such as the notification menu which presents very little information and forces you to make a second tap on ‘Shortcuts’ in order to get to quick settings such as Wi-Fi, brightness and the main settings. There’s a split-screen mode that lets you run two apps at once, but probably not the apps you want to use. Only the default Email, Videos, Gallery, Notepad, Files, Calculator and Calendar apps work, not Gmail, YouTube or any Google apps. And if you try to play a video in one window, it will force the phone to landscape and play a cropped portion of the video. Overall, this feature is too buggy and limited to be worth anything.

Like iOS, there’s no app tray, so you’re forced to keep all apps on multiple home screens or squash them onto one inside multiple folders. You can enable Google Now, but for some reason, there’s no Now On Tap, which is one of Mashmallow’s best new features.EDIT: In the latest software update Now on Tap is present and correct. 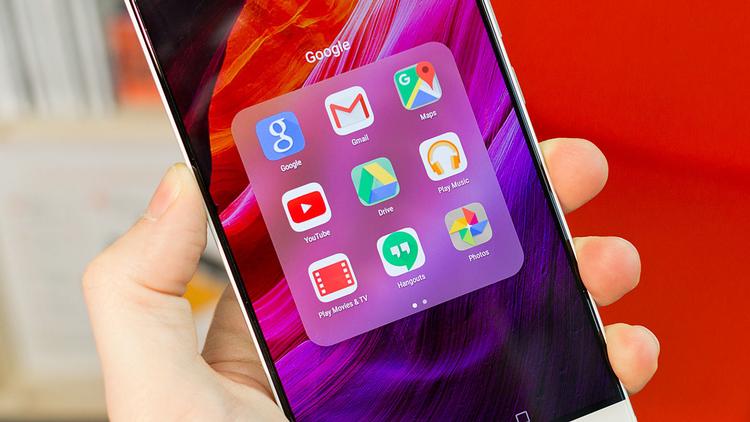 Apparently, Huawei has invested almost $100 million on developing an image processing chip to go alongside the camera, which on the Mate 8 has a 16Mp Sony sensor. As well as focusing fast, it also enables “more accurate colour shading” and “higher clarity”.

Yet, the Mate 8 can only shoot in slo-mo at 120fps at 720p, and it’s not possible to enable the ‘stabiliser’ at top resolution of 1080p at 60 frames per second – the option is greyed out unless you select 1080p30 or lower. For more on that, see below. And it’s also disappointing that a ‘flagship’ can’t shoot video at 4K these days. 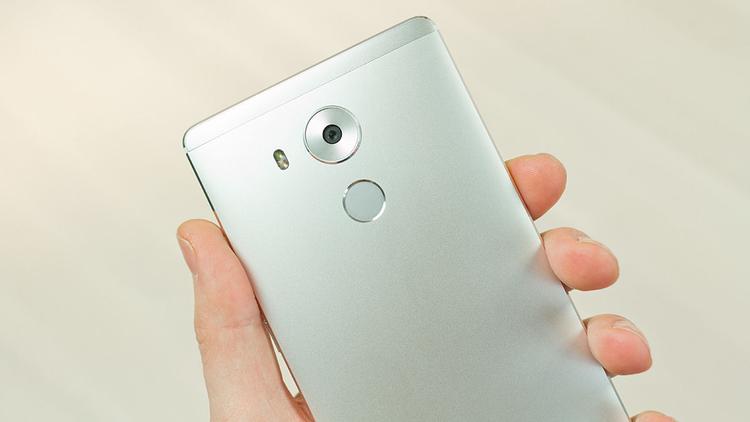 Worse still, the camera produced blurry, smudgy images no matter what we tried. Huawei said it was aware of the problem and issued a software update to fix it. We’ve now had time to try this update (B133) but while it does improve things noticeably, the resulting photos are still softer than we’d expect, and not a patch on the Nexus 6P’s.

The photo below looks ok, but when you zoom in to check focus and clarity, it’s not quite so good looking. 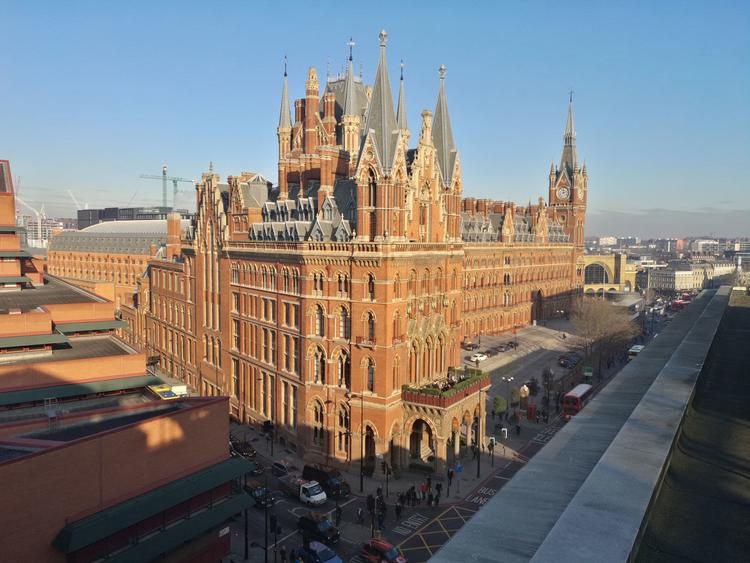 Here’s a 100 percent crop of a photo taken before the update, where you can clearly see a problem: 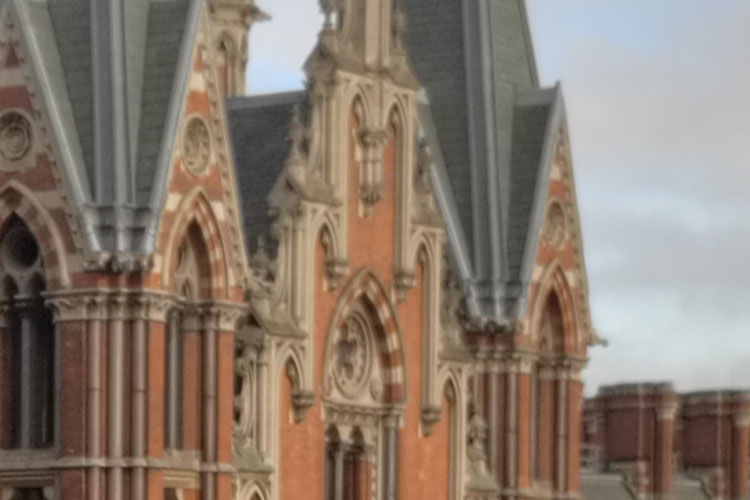 Here’s the difference after the update (it’s a 100 percent crop of the top photo), but details – such as the roof tiles – are still soft and poorly defined. Brickwork is still smudgy. 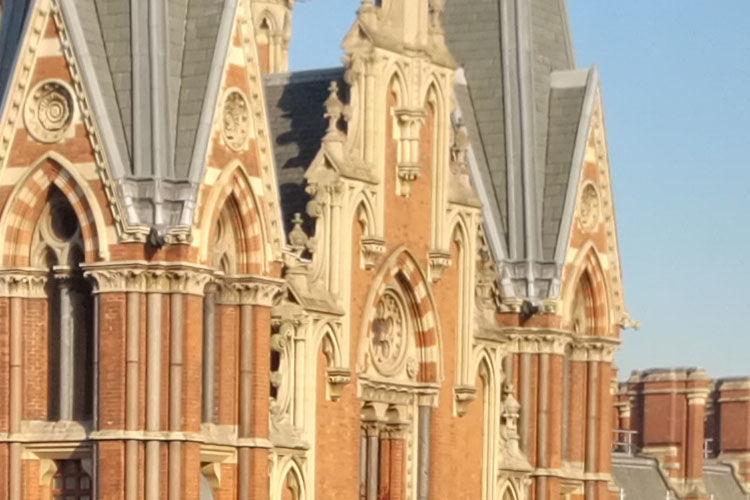 To illustrate the point, here’s the detail and sharpness you can expect from the Nexus 6P (photo taken on a different day, obviously): 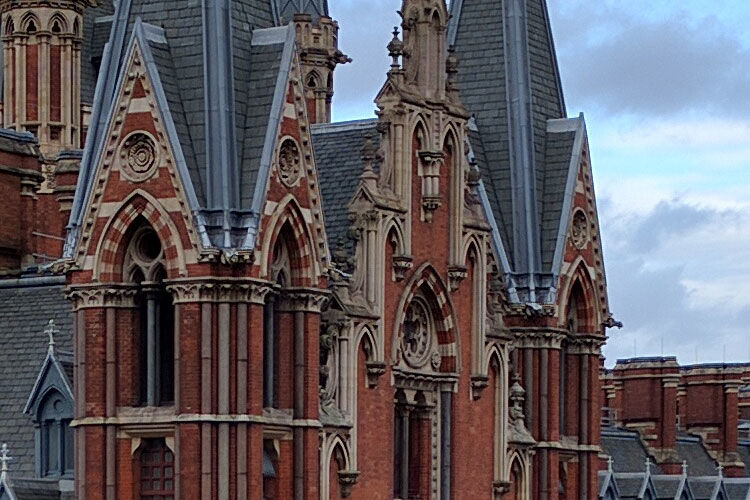 This is a real shame because – in theory – the Mate 8 should have a camera to rival the superb Nexus 6P (which doesn’t have OIS).

At the front is an 8Mp selfie camera that takes decent shots and the app has many beauty enhancements that you may – or may not – want to employ.

Video quality is reasonably good if you use the 1080p60 setting. However, as our side-by-side test reveals, there’s something funny going on with the stabiliser. We had assumed it would use the Smart OIS, but this appears to be a feature reserved (as it was on the iPhone 6 Plus) for photos shot in low light.

Instead, the video stabiliser seems to use the image processor to stabilise footage after it’s shot – in much the same way as YouTube does when it detects shaky video.

The result is that you end up with zoomed in, blurrier looking – but stable – video as you can clearly see (be sure to watch in full screen and select 1080p from the quality menu):

This is disappointing, as we’d far rather have optically stabilised video which works at all frame rates. To get the best quality from the Mate 8, you need to disable the stabiliser and keep the phone as still as you can.