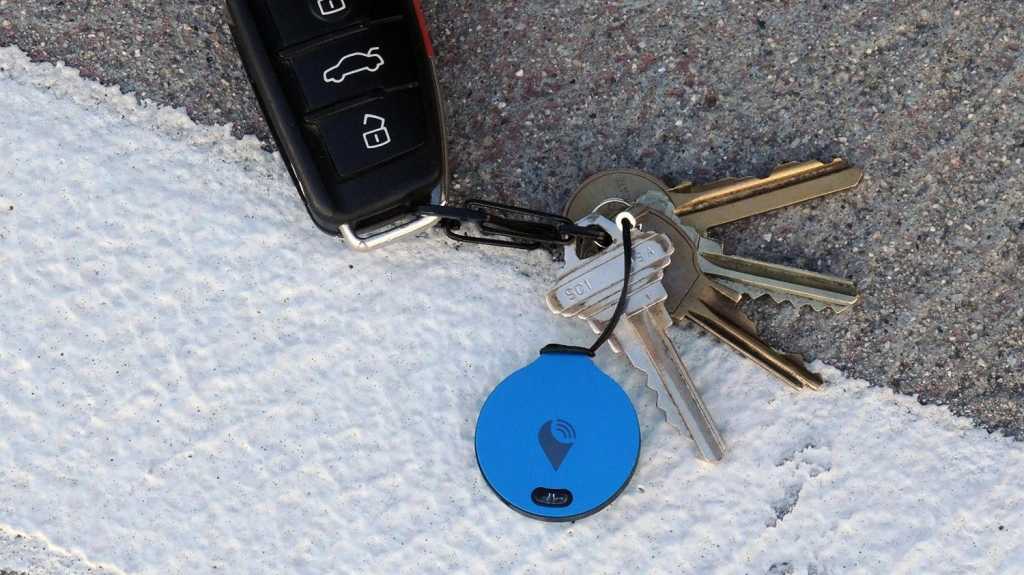 If you’re trying to choose between the TrackR Bravo and a Tile, chances are you dislike the Tile’s disposable nature. But it has a better range than the Bravo and a louder, easier to hear alarm. It’s also waterproof so won’t stop working if left outside in the rain. The Bravo has its advantages, but its downfall is that it just isn’t reliable enough, and that’s a deal-breaker.

Bluetooth tracking gadgets can be a big timesaver. With the TrackR Bravo, you attach a key-ring sized fob to something valuable to you: your keys, your bike or your wallet. When you can’t find the item, you check the app to see where it was last seen and when you’re in that location, you can activate a siren to make it easier to find. See also: Tile (2nd-gen) review

I originally reviewed the Bravo at the start of 2016. Since then I have tested almost 10 more, and have updated this review with my long-term experience. To save you reading the whole thing, here’s the short version: I found the Bravos to be unreliable.

Some stopped working entirely (one when it got wet) and the batteries in most others had run out in a matter of weeks. Another one decided to unpair itself from my phone.

I tried replacing batteries which had gone flat within a couple of months, and they too ran out way, way before they should have done. What this all means is that you cannot rely on the Bravo to keep track of the things which are important to you.

You can buy a Bravo from Argos for £22.99. There’s a choice of black, rose gold, blue or ‘steel’. You can also find them at Amazon and John Lewis.

Its main rival, the  Tile Mate costs £22.99 from Amazon. It has a non-replaceable battery, but I’ve found it lasts a little longer than the 12-month claim. And since each one is sealed and waterproof, they’re much more reliable.

You can get a waterproof case for the Bravo, which costs $9.99 from thetrackr.com but is currently only available as an accessory at the time of purchase. Trackr is working on making this easier to find on the site and, presumably, available without having to buy a Bravo at the same time.

I’ve already reviewed the Tile (gen 2) and newer Tile Mate, but the Bravo is smaller and has one extra feature: separation alerts. Unlike the sealed Tile, the Bravo has a replaceable C1616 battery – supposed to last a year – but the trade-off is that it’s not waterproof. (Or, if you buy the waterproof case, then £10 more than the Tile Mate.)

It’s a little over 30mm in diameter and a bit thicker than the average house key at 3.5mm. Certainly small enough to attach to your keyring, and there’s a double-sided adhesive sticker in the pack so you can attach it to a flat object.

The setup process is similar to other Bluetooth gadgets: you turn on the Bravo for the first time using the button and wait until it appears in the list of Bluetooth devices on your phone, then tap and wait for it to pair. Using an iPhone 6S Plus, I had no problems at all and didn’t experience any dropped connections.

You simply tap the ‘ring’ icon in the app, assuming that the TrackR is nearby and connected to your phone via Bluetooth, and it will emit a high-pitched alarm which should help you track it down.

In the first few weeks of getting a new one, the Bravo works great. It isn’t as loud as the Tile’s buzzer, but as long as it’s relatively quiet it’s audible. The pitch goes up and down, a bit like an ambulance or police siren, so even if your hearing won’t allow you to hear the highest pitch, it should go low enough to fall into your hearing range.

When it comes to actually finding a lost item, the app will let you know when the Bravo is in range. When it is, you’ll see ‘nearby’ or ‘far’ labels as you move around. These aren’t particularly useful as the update rate is too slow. You’re more likely to hear the alarm than find it due to the Far / Near / Close By messages.

Bluetooth range may depend on which phone you have (there’s Android and iOS support only), but with the iPhone 6S Plus the app was only able to communicate with the Bravo up to around 50 feet with line of sight. However, brick walls and double-glazed doors seems to be a bigger obstacle for the Bravo than the Tile.

The Tile’s stronger signal meant the app could ‘see’ it 70 feet away, and still 50 feet away when inside a house and we stood outside. With the Bravo, the connection was made only when we were inside the house.

However, having tested almost a dozen Bravos, I got used to checking their operation each week just to make sure they were still working. And became very sceptical about trusting them to work after six weeks, which is typically when the batteries will have run out.

TrackR repeatedly assured me that this was the exception and likely down to a bad batch, but each new batch performed identically.

As mentioned, the TrackR app lets you configure separation alerts. There are two options: your phone can ring when it moves away from the TrackR and / or the TrackR can beep when it is separated from the phone.

In my tests, the phone rang reliably when the keys were left behind (it started beeping at about 70 feet) but the TrackR wouldn’t emit so much as a peep when taken the same distance from the phone. However, both the phone and tracker would randomly beep and ring even when they were together, either sitting in separate rooms of the house or being carried together while walking around. This proved too annoying, so I ended up turning it off.

There is one saving grace: you can disable separation alerts for ‘safe’ networks. Add your home and work Wi-Fi networks, for example, and you won’t get alerts when your phone is connected to those. But it also means you won’t know if you accidentally leave your phone or tracker behind when leaving those ‘safe’ places.

The alarm that rings on the phone is the same tune that plays (even if you’ve put it on silent mode) when you press and hold the tiny recessed button on the TrackR – a handy feature for finding your lost phone. But if you prefer, you can set it to play a song from your Music library, and you can set the duration to just a few seconds.

The final feature is Crowd Locate. As with Tile, the TrackR app can pick up the IDs of any Bravos it detects in the immediate area and (anonymously) send that location to the owner. So if you drop your keys and somehow miss the separation alerts, there’s a chance another TrackR user will come within range of your Bravo.

UK coverage seems to be good (this map is from TrackR), but whether there are other users near where you might lose things will depend on exactly where you live. There’s a far higher chance of finding something in a big city, and much lower if you live in the sticks.