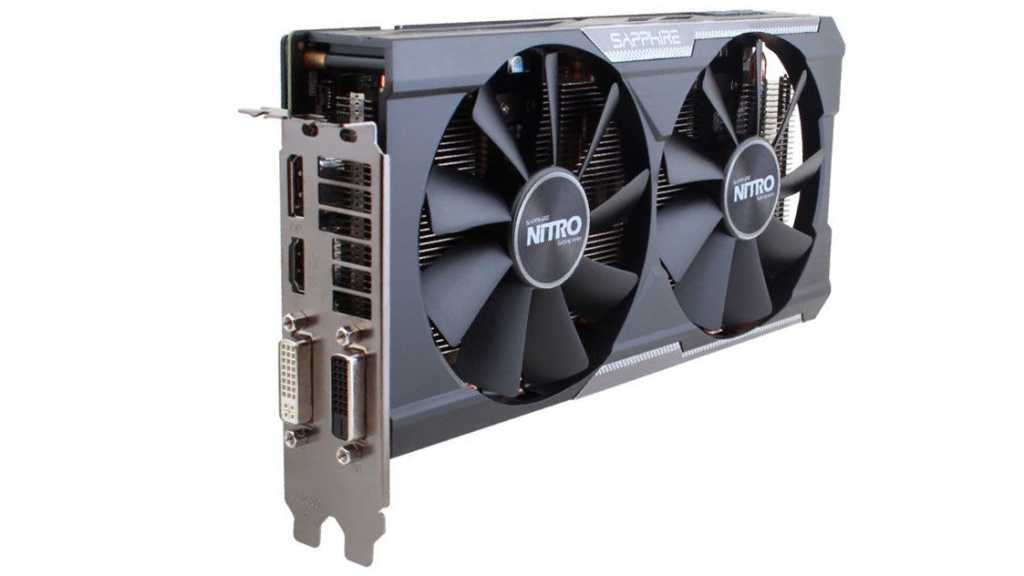 Sapphire’s Nitro R9 380X 4G D5 is a competent card with excellent build quality and features and boosted performance. It’s quiet in operation and will enable 1080p gaming with high quality settings and have a decent stab at 1440p too. However, keep a look out for the original R9 380 version which may be a great deal if the price is right.

Six months after the introduction of AMD’s most affordable mid-range gaming GPU, the Radeon R9 380, the company launched the slightly faster R9 380X. The original R9 380 came with 256 of its processor cores disabled, leaving a total of 1792 available for use, but now the R9 380X comes with all 2048 cores available for use. Other than that, the two GPUs are the same.

With so many slightly different models available, it’s important to make sure of exactly which version you’re looking at when buying – especially if you’re hunting for the lowest available price.

If you can afford it, we would recommend going for a 4GB model with a backplate, as it’s less likely to get damaged, it’s faster, and it’s more capable of being pushed to higher resolutions, thanks to the additional memory.

At the time of writing, the price difference between Sapphire’s R9 380 and R9 380X versions is only around £20, so unless you’re working to the very strictest of budgets, we’d suggest going for the R9 380X. The difference in performance is small but measureable, and re-sale value is likely to be higher. The R9 380X also represents the highest performance you can get before a big price jump up to the R9 390, which costs around £270. (See our review of the Club3D Radeon R9 390 royalQueen.) 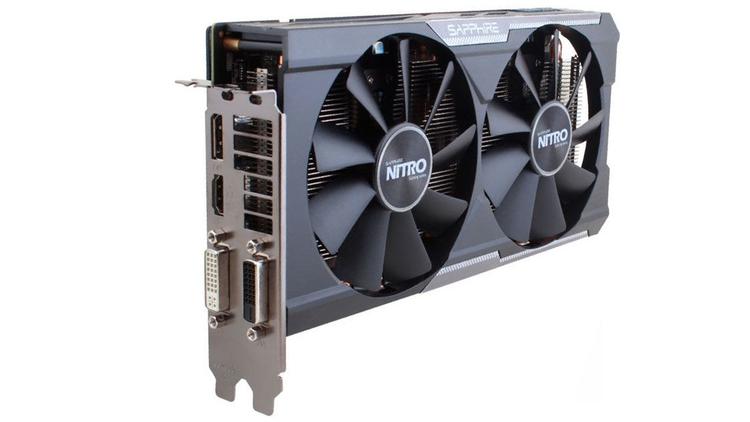 This “Nitro” version from Sapphire builds upon AMD’s reference design by adding an advanced cooling solution with twin thermostatically-controlled fans and thick heatpipes enabling quieter operation, along with a pre-set factory overclock for an additional boost in performance.

The Nitro R9 380X 4G D5 now sits at the top of Sapphire’s extensive range of cards based on AMD R9 380-series GPUs which includes no fewer than five models based on the standard R9 380, four of which are designated “Nitro”.

Each of the Nitro models is constructed to a very high level of build quality – there’s certainly nothing flimsy or fragile about it, and this 4GB R9 380X version comes with a backplate which shields the boards internal components while helping with heat dissipation.

The board features a full-height dual-slot design, so keep this in mind if your system case is tight on space, but it should fit in most standard systems with ease. You’ll need a pair of 6-pin PCI-E connectors to power it, and with a claimed maximum power draw of 225W you shouldn’t need a particularly beefy PSU to keep it running. The card comes factory overclocked to 1040MHz – up from AMD’s standard speed of 970MHz and you can push for even higher speeds using the supplied TriXX overclocking software. On-board memory also gets a 5 percent performance boost as standard.

One up and running, it’s possible to see the twin cooling fans of the “Dual-X” cooler spinning up and down individually as required above a large heatsink which runs the full length of the board and is fitted with thick 10mm heat pipes to improve thermal transfer. This allows to the board to run very quietly or even silently in some situations, allowing distraction-free use when performing non-gaming tasks.

Two DVI ports are provided, one of which supports DVI-I for those old-school VGA monitors along with one HDMI 1.4 and one full size DisplayPort connector. The lack of HDMI 2.0 limits 4K playback on TVs to lower refresh rates, but you can drive 4K monitors at 60Hz via the DisplayPort connector – although we wouldn’t advise trying that for gaming with this card as it doesn’t really have enough power to do so.

If your motherboard and power supply support it, you can boost performance by adding a second AMD graphics card in CrossFireX mode. There’s no bridge connector required on this card and it’s happy to team up with a relatively wide range of AMD cards, including the previous R9 285 series. The R9 380X isn’t a huge upgrade from the R9 285, but being able to keep your original card may make adding a new R9 380X an interesting proposition.

In our tests, the Sapphire Nitro R9 380 4G D5 does indeed deliver solid performance at 1080p, allowing high or sometimes even Ultra settings to be selected with average frame rates in the region of 60fps not uncommon, depending on the individual games. You will still have to reduce settings a little on some of the most demanding titles to ensure the smoothest gameplay, but in general you’ll be ready to take on any game at very enjoyable quality levels.

Push it much higher than this and you might start to get into trouble, but many games will be quite playable at 1440p with slightly lower quality settings. This makes the card a great choice for gaming on a full HD TV. There’s a big jump in price and performance between the R9 380 and the R9 390, so if your budget is limited, an overclocked R9 380X such as this is a great choice.

It’s a big step up in performance from something like an Nvidia GeForce GTX 950, although both are aimed at 1080p gaming.

One of AMD’s advantages is that you can mix and match certain different cards into multi-GPU setups. So, even if you have an older card such as an R9 280, you can add an R9 380 to your existing setup and the two cards will work together.

However, If you manage to find a great deal on an original R9 380, you won’t be sacrificing much in performance, so it may be a bargain. Ultimately it will come down to the prices available when you choose to buy.

You should also read: Best gaming PCs you can buy