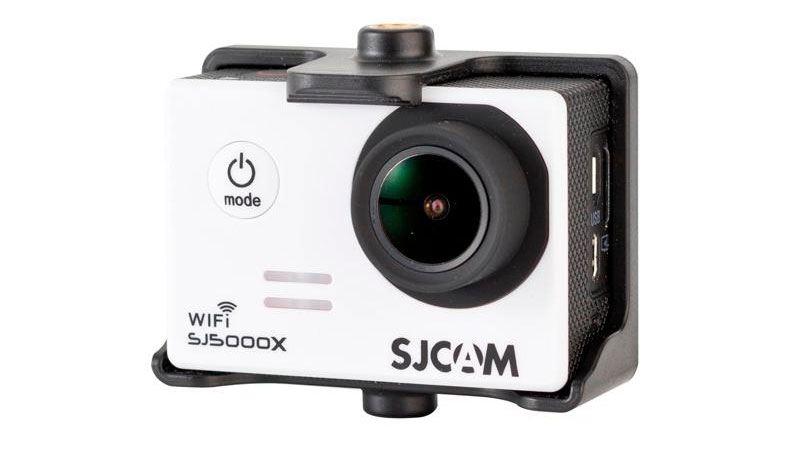 It’s not for everyone, but if you don’t need or want GPS and you’d prefer a camera that can be used for more than recording car journeys, it’s very good value indeed. It’s disappointing that it doesn’t record true 4K, but you’d have to spend considerably more to get that.

This action cam isn’t a dash cam in the strictest sense, but we’ve included it here for several reasons. Not everyone wants to pay a lot of money for a camera that has only one function: the SJ5000X Elite is an action cam that doubles as a dash cam. Also see: How much is my car worth? How to get a free online valuation of your car.

The SJCAM SJ5000X Elite is available to buy on Amazon UK for £100. You can also get it from Chinese vendors such as GearBest (£78.93) and BangGood (£88.02), but read up on the pros and cons of buying grey-market tech first. See all camera reviews.

SJCAM SJ5000X Elite review: What you get

It’s essentially a GoPro clone, and comes with a similar package of accessories: a waterproof housing, adhesive mounts, a bike mount plus an open mount that’s suitable for car use. It’s marketed as a camera for aerial photography on a drone, and offers a micro HDMI output for first-person view, so long as you have compatible video sending equipment on your drone. 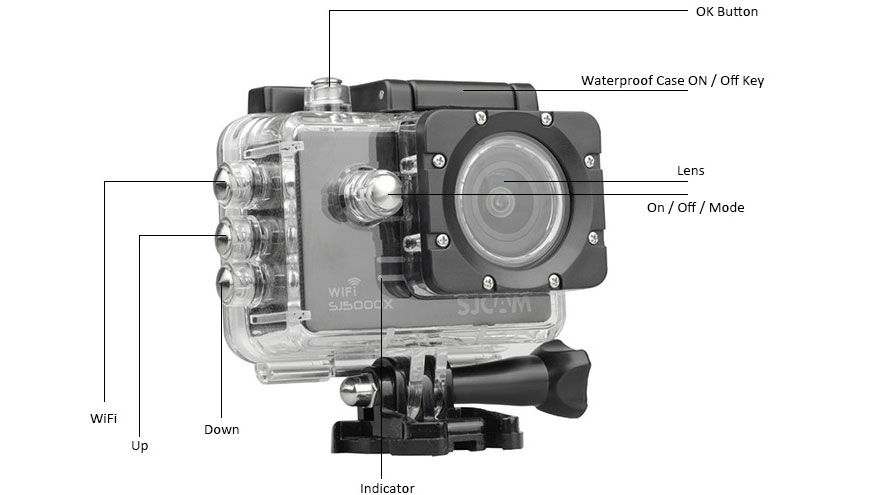 There’s built-in Wi-Fi and you can get an Android or iOS app for viewing live video, and reviewing recorded clips.

What you need for dash cam use is a USB cigarette lighter adaptor to power it, and a microSD card as no storage is included. If you don’t want to use one of the adhesive mounts, you’ll also need a suction cup that’s compatible with GoPro, or has a standard tripod thread as a tripod mount is included in the box.

The 5000X Elite has a car mode which makes it record when power is connected, just like most dash cams. You can also choose between 3, 5 or 10 minute clips when ‘cyclic’ recording is enabled. Also see: Apple Car rumours.

There’s no GPS, no safety features and no emergency recording (with automatic file protection). But you can enable motion detection for automatic recording when someone or something moves in front of the lens.

There are some fun modes, including “photo lapse” and “video lapse” which can be used to take photos at intervals you set. The video mode automatically creates a time-lapse video (intervals from 1 second to 1 minute) or a series of photos taken at 3, 5, 10 or 20 second intervals.

The 2in display and menus are a cut above other action and dash cams. They’re easy to use and mostly understandable without resorting to the manual or searching online. There’s an HDR mode, called WDR, and also a built-in gryo which is used to help stabilise footage. 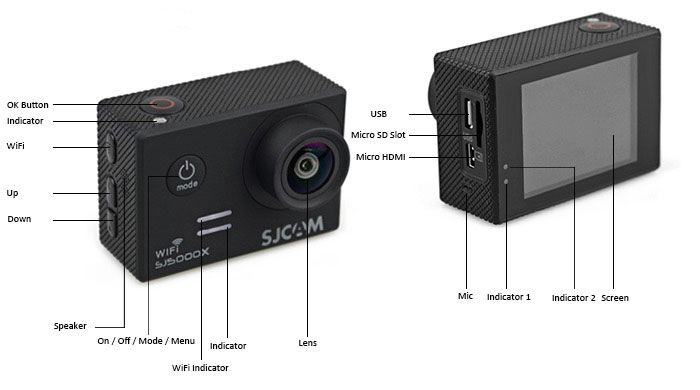 You can change the field of view from 70 to 170 degrees allowing you to capture very wide angle (with associated distortion) or a much more lifelike view with hardly any distortion. For dash cam use, you’ll want to select 140 or 170 degrees to capture more of what’s going on in front of the car.

Footage is impressive for the price, primarily thanks to the 12Mp Sony sensor. It’s a good step up from most dash cams around £100.

Images are nice and sharp during the day, and smooth thanks to 60fps capture if you choose 1080p. Annoyingly, number plates aren’t always easy to read when you pause the video: they’re clearer when it’s playing (be sure to select the 1080p60 mode when viewing the videos below).

There’s not much extra quality to be gained by switching to 2K recording and, disappointingly, the 4K mode isn’t actually 4K. It records at 2880×2160, and SJCAM says this is just upscaled 2K footage. Which begs the question, why is it sold as a 4K camera?

When the camera is still, images are very sharp. But since this is designed to film while moving, it’s largely irrelevant and completely irrelevant when used as a dash cam.

At night, quality obviously suffers and there’s a distinct lack of detail, even in the 2K mode.

The microphone isn’t great quality, either, picking up rather muffled sound, despite being in the open-frame case. This appears to be a firmware issue, and being a brand new model on version 1.0, we expect updates to fix this and other bugs and issues. Also see: Tronsmart USB Rapid Car Charger review. 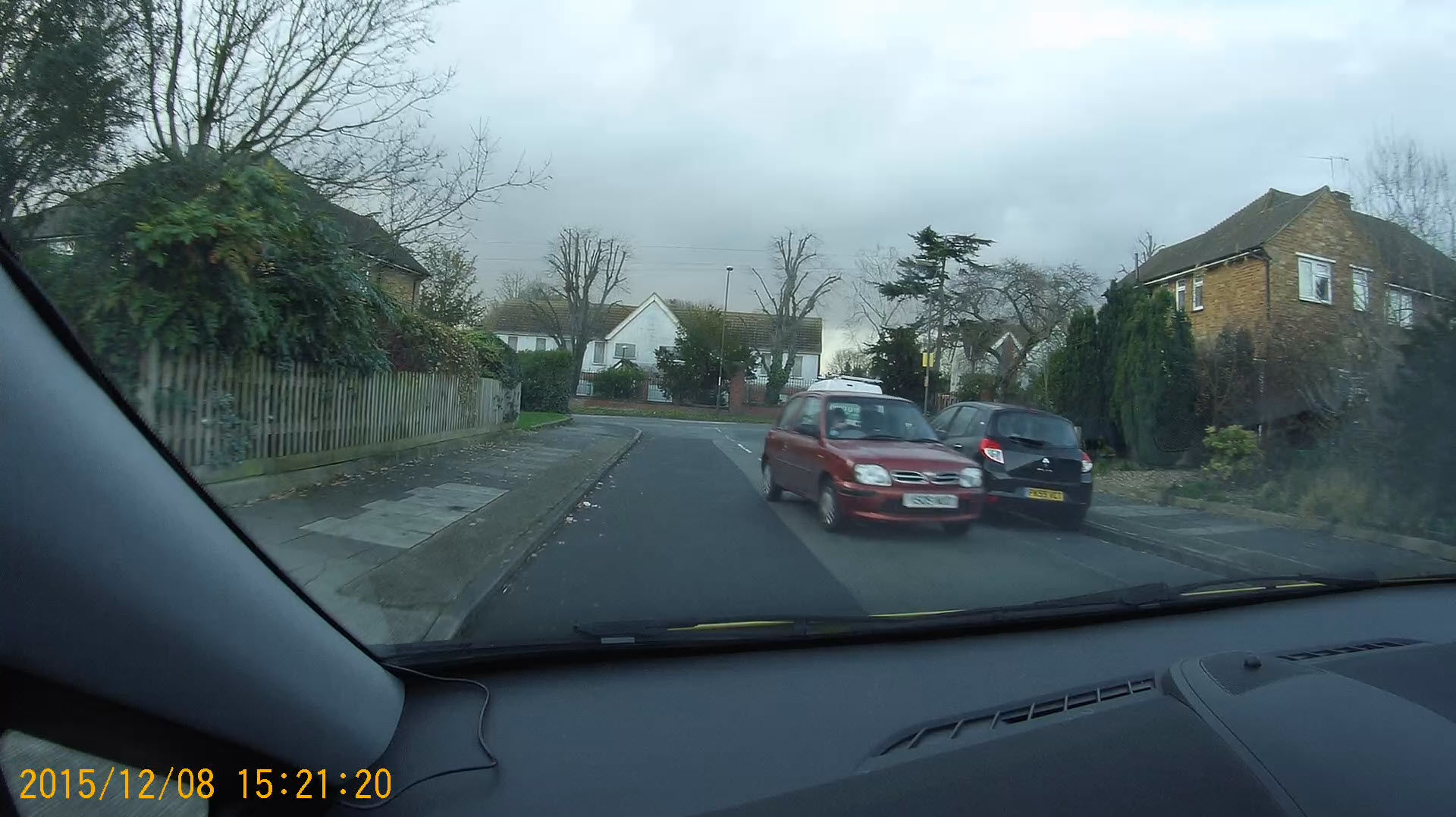 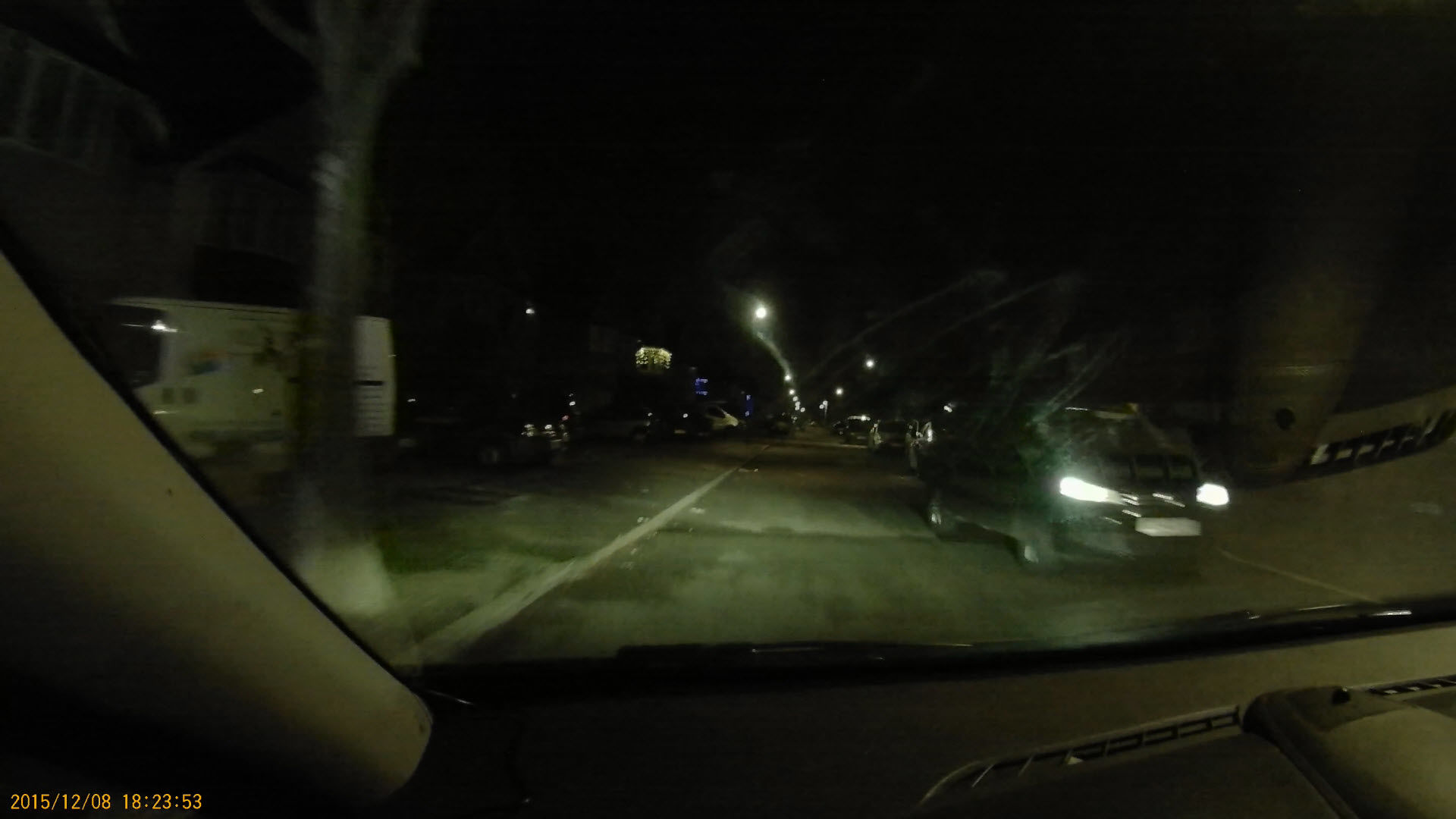