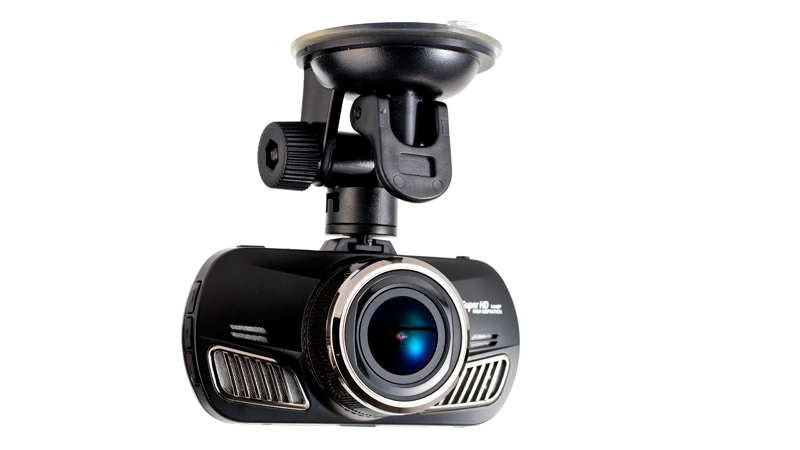 It’s hard to complain at this price, especially as you get a GPS receiver, but the D201 is far from perfect. Image quality is generally good, but the supplied software doesn’t work with the camera and the safety features are poor.

Dome is a Chinese dash cam manufacturer, based in Shenzhen. Banggood provided us with a D201-1 for testing, and it’s one of Dome’s latest models. Also see: How much is my car worth? How to get a free online valuation of your car.

Our review sample of the Dome D201-1 came from BangGood.com, which is a Chinese distributor. You can use the coupon code 20f507 to get 20 percent off the usual price of £81.88

There are some risks involved in buying tech from China (read our grey-market tech buying advice), but you can also save a lot of money. See all camera reviews.

It’s a good-looking camera with a 2.7in screen on the back – larger than most – and a big, centrally mounted lens at the front. Strange grills on the front appear to mimic a car’s grilles, but it feels like a well-made unit.

You also get GPS, an external unit on a wire that can be mounted separately. It has an adhesive pad so it can be stuck to your windscreen, dashboard or somewhere else suitable.

There’s no on-board Wi-Fi, but few people will miss this. What you do get is a g-sensor and motion detection. There’s also an internal battery, but this didn’t last at all long in our tests, so it’s not a substitute for powering the camera while driving. Also see: Apple Car rumours.

There are buttons on either side, with helpful labels on the rear. Their placement isn’t all that intuitive as the OK button should really be between the up and down buttons. As it is, it’s tricky to navigate the menus. Fortunately, you’ll only have to use them when setting the time and date and your preferences.

On the left are mode, menu and an emergency record button. On top is a mini HDMI output, mini USB connector for power and data, and the 2.5mm minijack for the GPS. There’s also a power button which doubles as a shutter button for taking photos.

Dome adds some safety features including a lane-departure warning and another when you get too close to the car in front. The bad news is that they’re not intelligent, not configurable and, ultimately, useless. The “frontal vehicle!” warning goes off all the time, and doesn’t distinguish between cars or anything else in front of the lens.

Lane departure, similarly, warns you whenever you change lanes, including when weaving around cars parks on a narrow street. They become instantly annoying and you’ll definitely turn them off.

Other annoyances are the poorly translated Chinese manual, and the software which you’ll find when you first hook up the camera to your PC. The install wizard is in Chinese and when you blindly click through and get it running, you’ll find it will play only MOV files. The camera records in MP4, making it another useless feature. Had it worked, it would have played back the video along with your speed, g-force measurements and your location on a map.

There is some good news, though. Video quality is good, especially the HDR mode. It isn’t quite as good as you’d expect from such a large lens. Detail isn’t exactly stunning at 2K resolution. Crucially, though, it’s good when you pause the video, and it’s usually possible to identify number plates.

Colours are a bit over saturated in HDR mode, but it’s a minor quibble. Audio is very boomy with too much bass, but aside from this is good enough. Also see: Tronsmart USB Rapid Car Charger review.

At night, image quality is reasonably good, if a little dark, but – as with the vast majority of dash cams – you won’t be able to identify number plates even when they’re close up and you’re not driving too fast.

One slight niggle is that your location isn’t stamped onto the video as some GPS-equipped dash cams do, but your speed is. You can’t disable this, and you can’t change it from km/h to mph. Strangely, despite setting up 3-minute loop recording, the bitrate changed from 16Mb/s to 18Mb/s at random. That meant some files were 420MB and others 360MB. 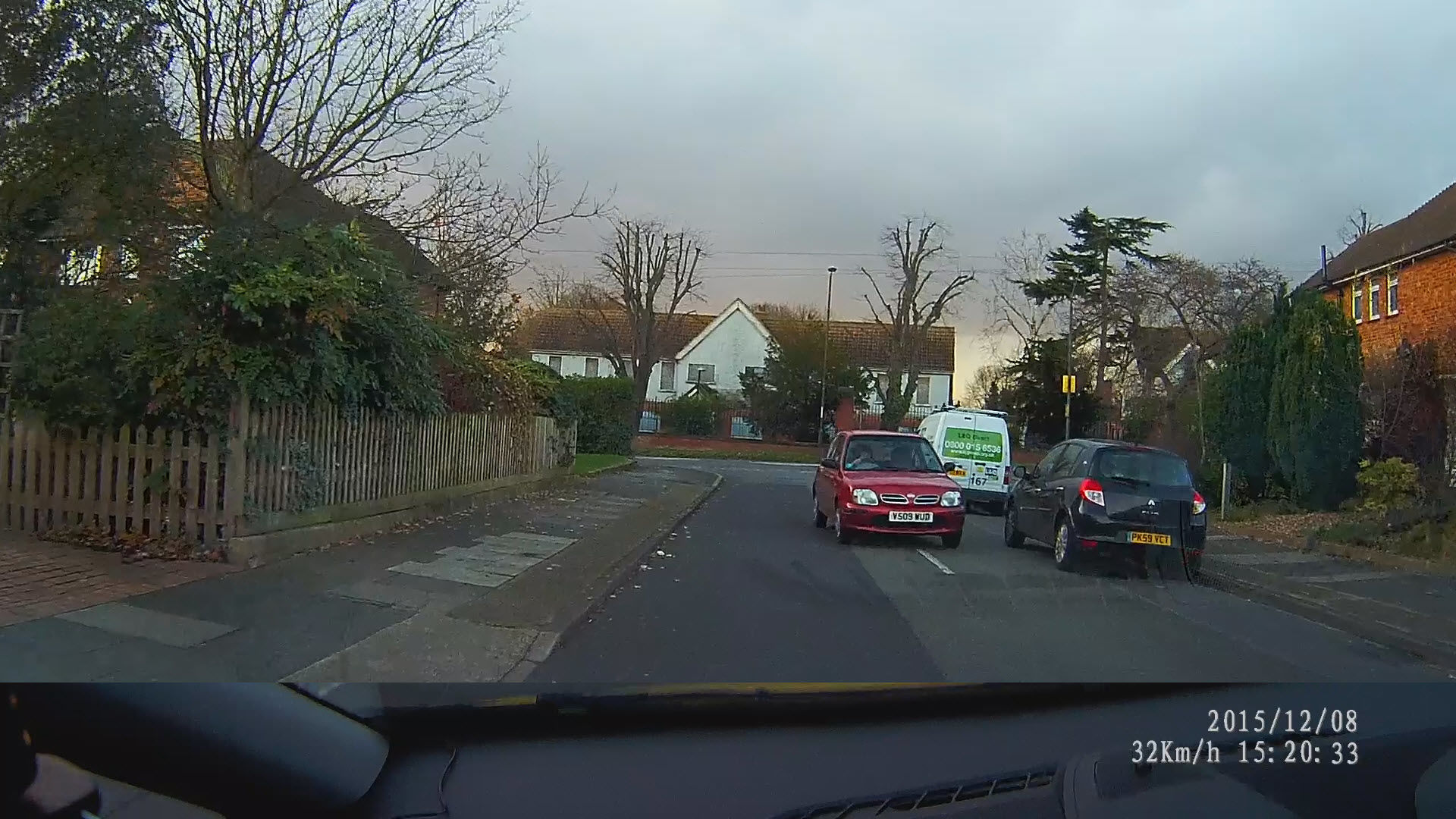 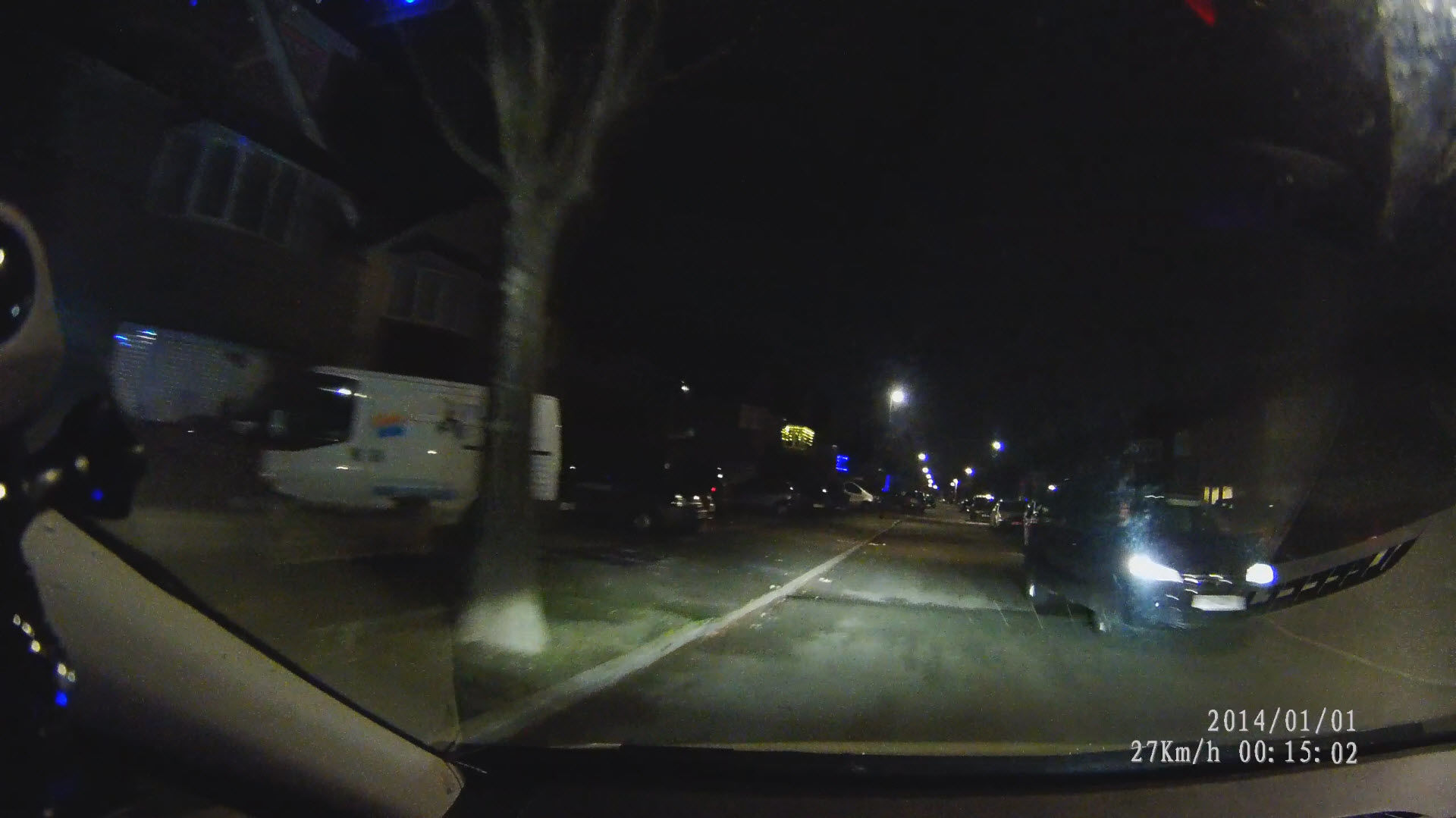