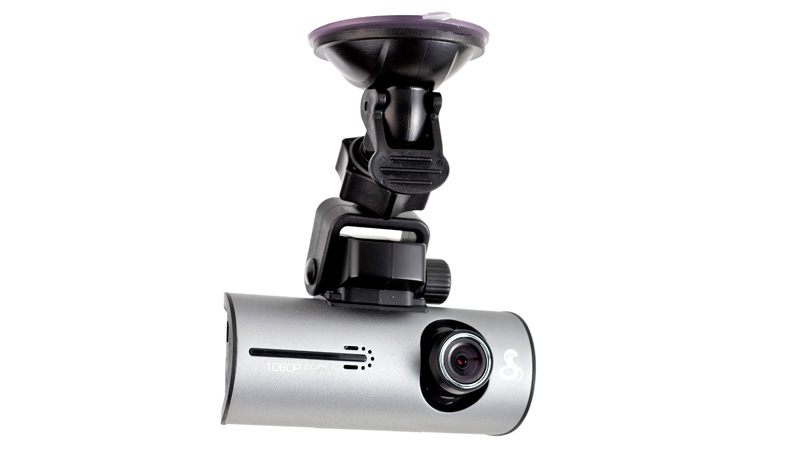 The screen is too small, the mount isn’t quick release and the lens has a relatively narrow field of view, but footage is good on the whole and the software is decent. The main problem is the price, although if you hunt around you can buy it for just over £100, making it pretty good value.

Cobra is a fairly well known dash cam manufacturer, recognised by Adrian Flux, among other insurance companies which will give you a discount for using a dash cam. Also see: How much is my car worth? How to get a free online valuation of your car.

Cobra CDR 840E review: What you get

It has a long, half round design with a silver metal front. It’s well built and looks good. On the left are mini HDMI and mini USB ports. On the opposite end is a microSD slot (an 8GB card is included) and a proprietary power connector, rather than the usual USB. You can’t charge the 840E via its USB port: it’s just for data.

The rear panel includes a tiny 1.5in screen, the power button, an emergency record button (obvious thanks to its orange colour) and a d-pad. This isn’t as easy to use as we’d hoped as the tiny markings are hard to see and the left and right buttons aren’t for navigation. Instead they are menu and mode buttons, with only the up and down buttons being for moving through menus, some of which are confusingly laid out left-to-right.

The on-screen text is tiny and fuzzy, designed for a larger screen, it seems. GPS information is red when there’s no signal lock, and green when there is, so it’s easy to know when you’re recording location and speed.

Video settings are separate from the main settings, although the video menu also includes the auto-power-off time setting and microphone settings. You can adjust the quality (from 1080p at 30fps through 720p at 60fps, down to a bizarre VGA mode at 30fps). Clips can be set to 1, 3, 5 or 10 minutes long. Also see: Apple Car rumours.

You’ll also find sensitivity settings for the g-sensor, plus the option to enable recording when motion is detected.

A GPS is built in, and it’s much neater than having an external unit with extra wiring. The only design flaw it that the suction mount isn’t quick release, so if you want to remove the camera to put it out of sight while your car is parked, you’ll have to remove the suction cup as well.

There’s no Wi-Fi, which is a slight surprise at this price. The small screen makes it hard to see any detail when reviewing footage, so you’ll have to connect it to a PC or a TV to read registration plates, for example.

As the lens has only a 118-degree field of view, you miss out on some details which can be seen at the edges on other dash cams. It’s not bad, but you can see a noticeable difference in the scene captured.

Although it’s ‘only’ at 1080p camera, footage is quite detailed. It’s not the best looking, with somewhat washed out colours, but you can identify number plates during daylight.

?There’s the usual grain and noise in night time footage unless you’re driving somewhere with excellent street lighting, but even then, you’ll struggle to read any registrations just as with most of the CDR 840E’s competitors.

?Audio quality is good without unnecessary rumble from the engine or road.

?The location and date and time are imprinted onto the video, but not your speed. There are no options to change this. Interestingly, the Cobra records in AVI and not MP4. This means files are larger than they need to be, using up about 100MB per minute despite the relatively low 14Mb/s bitrate. Also see: Tronsmart USB Rapid Car Charger review.

We were impressed with the GPS receiver. Not only did it pick up a signal within seconds, but also locked on even indoors.

Cobra supplies the DriveHD software with the camera, and the latest version is available to download from its website. This displays the video, GPS location on a map and G-sensor data as the video plays and is by far the best player we’ve seen as it actually works. It even groups files from the same time after scanning the memory card and plays them in sequence rather than you having to load each individually. 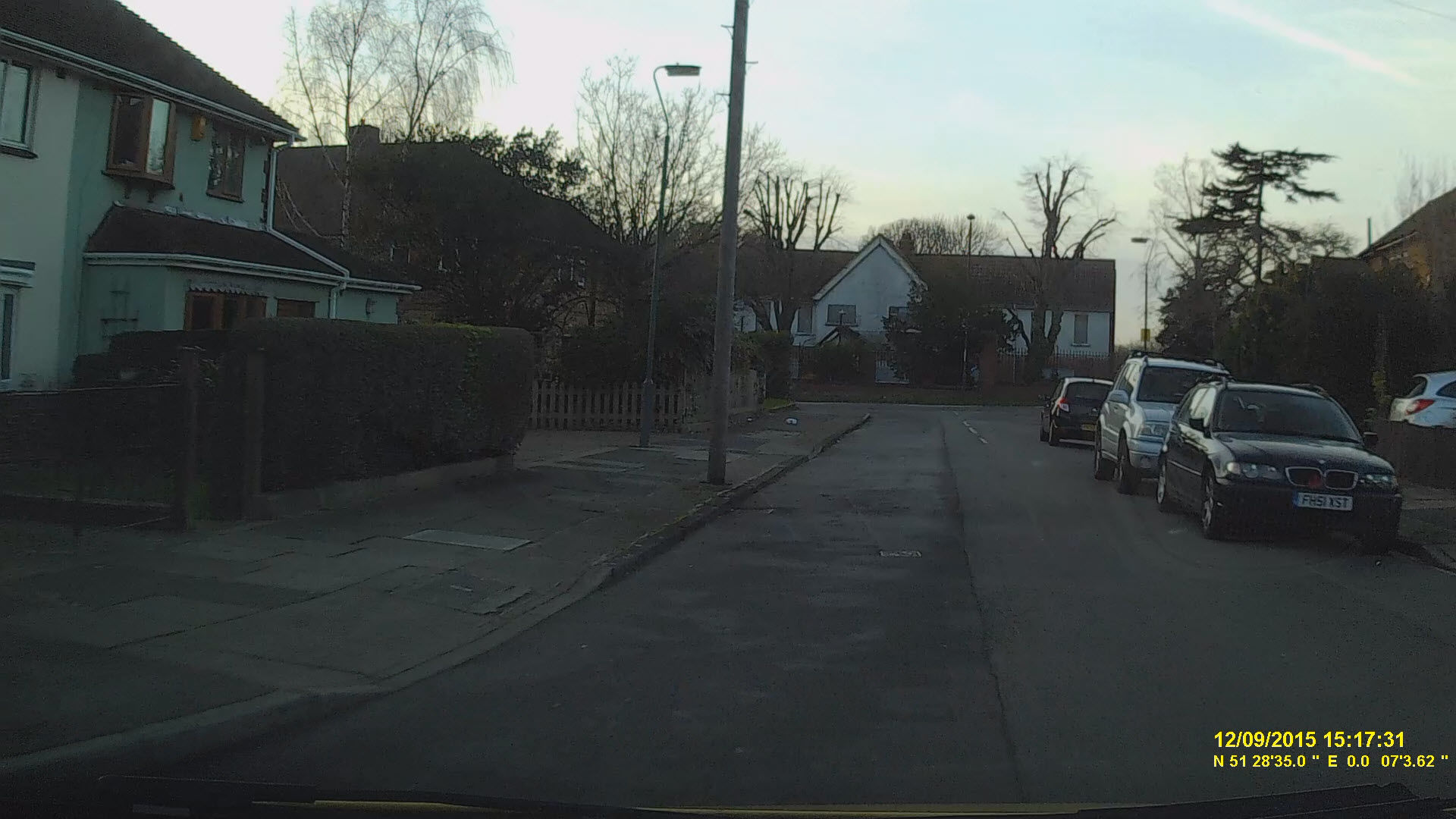 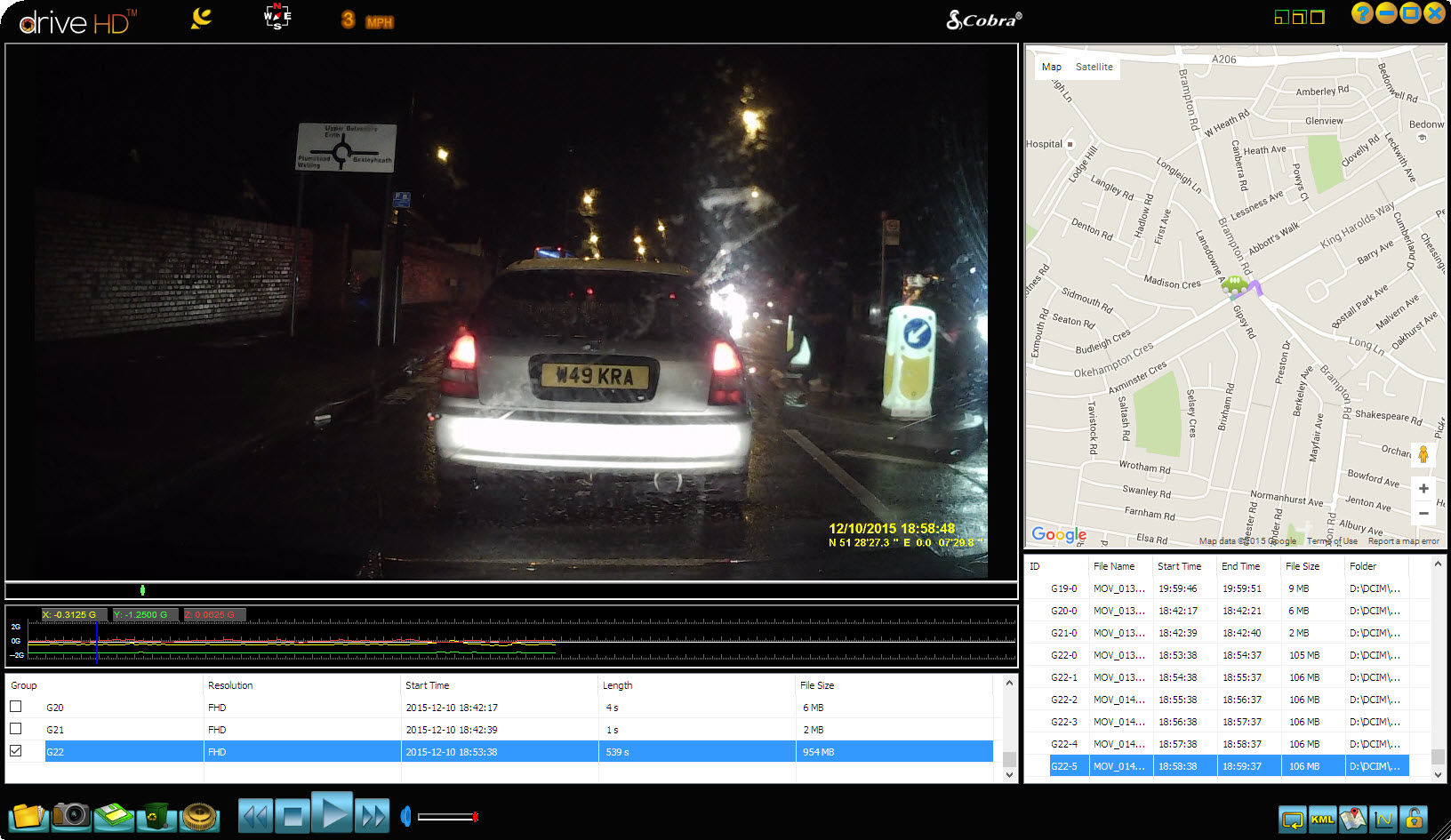