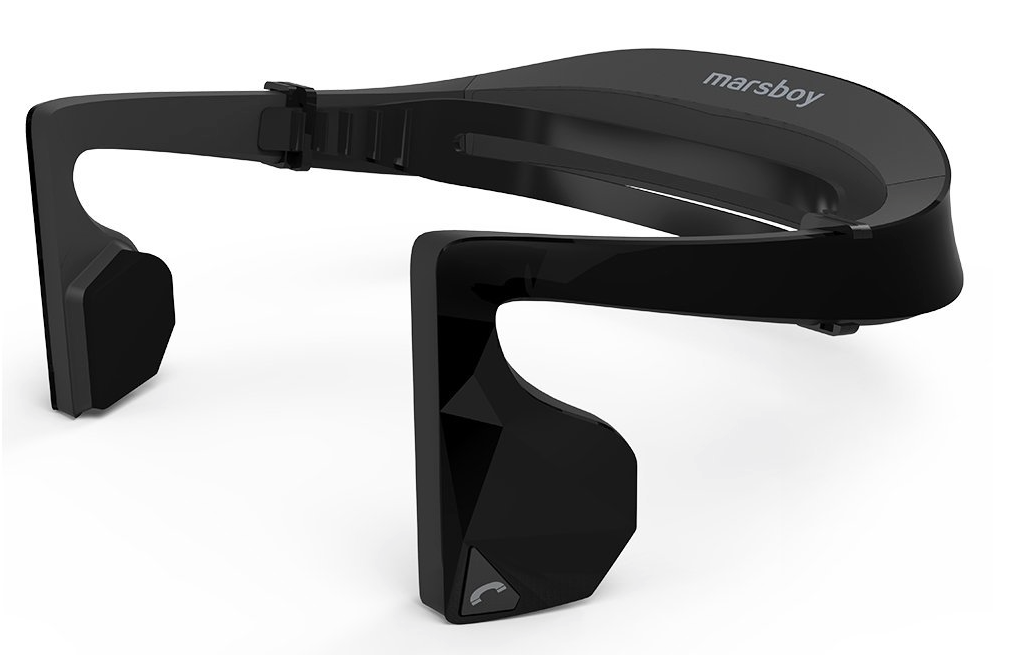 Overall, the Marsboy bone conducting wireless headphones are great if you’re looking for a pair of headphones that allow you to hear what’s going on around you – but that’s about it. They’ll stay on your head when riding a bike or going for a jog, and they feel pretty comfortable to wear but it can’t make up for the audio quality. It’s not great, producing audio that’s pretty flat and muffled, and if you’re looking for high fidelity sound, this isn’t for you. The concept of using bone conduction in headphones is interesting, but we think it needs a bit more work before it becomes a mainstream solution.

We’ve had headphones in many shapes and sizes, from wireless sports earphones to huge, over-ear headphones, but the £39.99 Marsboy wireless headphones offer something completely different – bone conduction. It allows you to wirelessly play music from your smartphone or tablet while still being able to hear what’s going on around you. But how does it compare to a standard pair of headphones? We went ears-on to find out. See also: Best headphones of 2015 & 2016

The Marsboy wireless Bluetooth headphones are an interesting specimen, mainly due to the way that audio is produced. Unlike traditional headphones that provide earbuds or cups, these Marsboy headphones use bone conduction technology. The technology transmits sound waves directly to the cochlea (the organ that translates sound into nerve impulses to be sent to the brain) by vibration, allowing the user to listen to their favourite tunes while still being aware of what’s going on in their surroundings, one of the downfalls of standard headphones.

The Marsboy bone conduction headphones look similar to other sports headphones by adopting a similar neckband design, though the earbuds have been replaced by vibrating pads that sit just in front of your ears, on your cheekbone. The ‘pads’ are soft to the touch to avoid any skin irritation, and feature a diamond-esque design on the outside as well as an adjustable silicon strap at the back to help get the perfect fit.

We found the task of putting them on correctly a bit confusing at first, and we had to refer to the images on its’ Amazon listing to make sure we had them on properly. But once we’d worked out how to properly put them on, they seemed to sit in place without any issues with regards to falling out of place and/or off our head. This is due to the “exercise proof” design according to the manufacturer, who claims that the headphones should stay in place when performing a number of activities including (but not limited to) running, driving, skating, camping, fishing and bike-riding. The headphones are also sweat-proof, so don’t worry about building up a sweat!

So, what else do the Marsboy Bone Conduction Bluetooth headphones offer? Firstly, it features Bluetooth 3.0 technology, with a fairly decent range. The manufacturer claims up to 33 feet without obsticals and while we can’t verify this, we had no issues with dropped connections when we had our phone on our desk/in our pocket. It also features a built-in microphone to take calls, and a button at the tip of the left arm to easily answer and hang up – sadly, it doesn’t double up as a button to activate Siri on iOS devices, as many other headphones do. 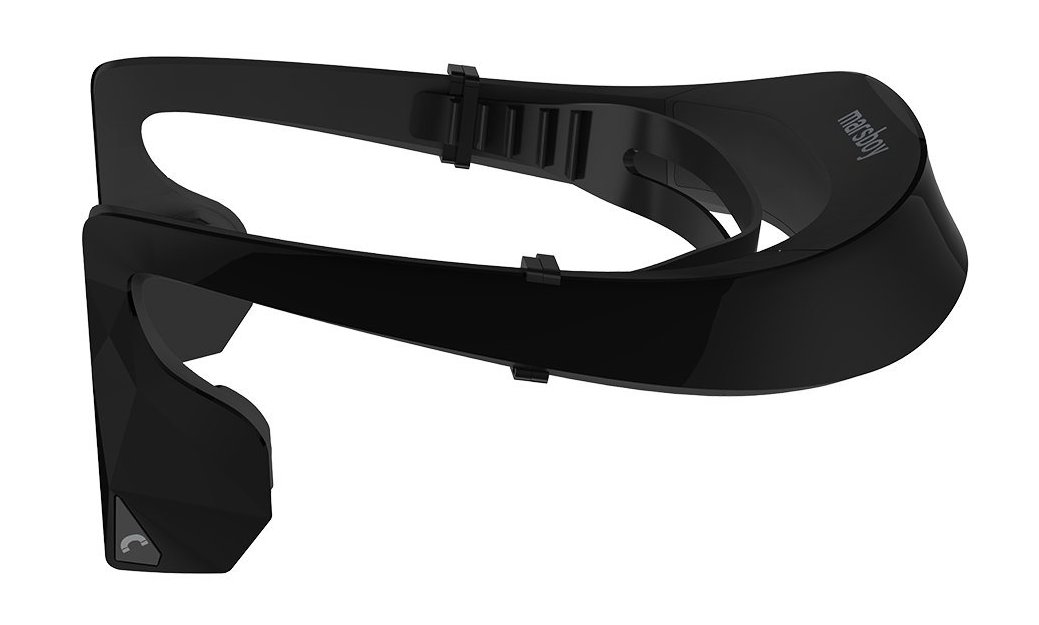 There’s another button at the tip of the right arm to pause and play music easily, as well as buttons on the headband that control volume and the ability to skip and replay songs. The only issue is that the buttons at the back of the headband are pretty awkward to access when worn, and we’d opt to use our phones to adjust volume and track controls most of the time.

In terms of battery life, we’ve found the Marsboy headphones to last around six hours on average, with a charging time of around two hours – not the best, but not the worst we’ve seen either.

Finally, we come to the part that matters the most – the audio. Bone conduction isn’t necessarily a new fad with regards to audio, as it’s said that Beethoven had a special rod attached to the soundboard on his piano that he could bite to hear sound long after he’d gone completely deaf. With that being said, we haven’t seen too many bone conduction headphones on the market – so, how did they perform? Unfortunately, it wasn’t as ground-breaking as we’d have hoped, as the audio produced is quite flat and muffled, which we imagine is due to the way audio is produced.

We can’t imagine there ever being a bone conduction headset that offers the same clarity and bass as a pair of standard headphones would – but that doesn’t mean these headphones are bad. The headphones do allow you to hear what’s going on around you, as long as you don’t have the volume up too loud, though it’s a strange experience at first. 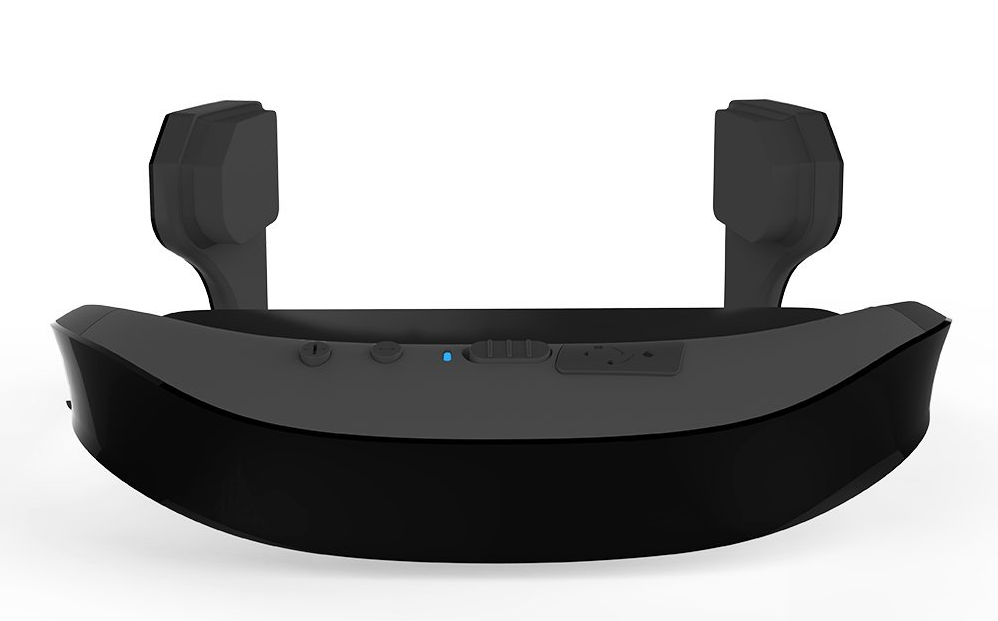 We’ve had full-blown conversations with colleagues whilst wearing the headphones and listening to music, and had no trouble hearing them. It’s an experience that’s hard to explain without wearing the headset, which is what makes them interesting. It also makes them ideal headphones for those that exercise in situations where the user needs to be aware of their surroundings, like when riding a bike or jogging in an unpopulated area.

If you are interseted in picking up the Marsboy bone conduction wireless headphones, you can find them on Amazon right now for only £39.99.