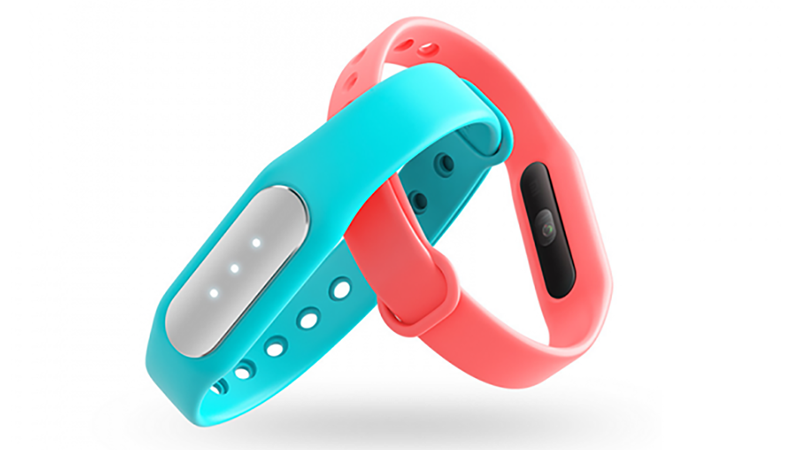 With a tougher band addressing our issues with the original, and a new heart-rate sensor bringing it into line with rival activity trackers, you quite simply won’t find a better-value fitness band than the Xiaomi Mi Band 1S Pulse. It still falls down on social interaction, apps and its use of a proprietary charging cable, but given the price we can accept these shortcomings.

You will not find an activity tracker that offers better value than Xiaomi’s Mi Band Pulse. We put the upgraded Mi Band to the test in our Xiaomi Mi Band 1S review. Also see: Best activity trackers 2015/2016.

The Xiaomi Mi Band 1S is more commonly known as the Mi Band Pulse. We received our sample from Geekbuying.com, which is currently charging £22.04 for the Pulse. Also see: Best tech to take on holiday 2016.

Geekbuying is a Chinese online store, so if you decide to buy from there you should first check out our buying advice.

You can also buy the Mi Band Pulse from eBay and Amazon, but be sure you’re getting the correct version (the most obvious upgrade over the original is the heart-rate scanner, but the two otherwise look very similar).

When we reviewed the original Xiaomi Mi Band we gave the following verdict: “At £28.99 the Xiaomi Mi Band is an excellent-value, lightweight fitness band with outstanding battery life. It’s as accurate as any other fitness band, and we particularly like its sleep monitoring, vibration alarm and phone call notifications. The Mi Band companion app is very easy to use, but falls down only in its integration with other fitness and social apps.”

The new Mi Band Pulse is still all of those things, plus more. See all activity tracker reviews.

There are two key changes for the new Mi Band Pulse, with the addition of an optical heart-rate scanner that can be used on-demand, while running or to better monitor your sleep patterns, and an improved polycarbonate band. Xiaomi has achieved this and added only 0.5g to the overall weight, meaning the Mi Band Pulse is an extraordinarily light 14.5g. Plus there are new options to share achievements on Twitter, and the ability to turn on daily notifications for sleep and activity performance.

Several months after we reviewed the original Mi Band the soft-touch silicone band that held the tracker to our arm failed. At first we found the tracker had started to become loose in its band, and on several occasions it slipped out and we were lucky not to have lost it. Eventually the band tore and we needed to buy a replacement (you may choose to do so anyway, swapping the standard black band for a more colourful option).

The fact that the new Mi Band Pulse’s band is tougher is instantly obvious – whereas the original began to show signs of wear and tear within the first few days of use the 1S does not. And we found it rather difficult to insert the tracker the first time we tried, which should mean you’re far less likely to lose it. See all wearable tech reviews.

The good news is the Mi Band Pulse has the same class-leading up to 30-day battery life, although it will prove a little quicker to run down if you make great use of the heart-rate sensor.

When it is time to recharge the Mi Band the cable has also been improved. Unfortunately it is still a proprietary USB cable, so be sure not to lose it, but it now adopts a flat design with a smaller charging dock that should make it easier to fold up and tuck away until it’s required.

As before the band is waterproof rated IP67, so you don’t have to take it off when you jump in the shower. And it still features the same ability to provide a gentle vibration alarm, notify you of incoming calls and app notifications, and a phone-unlock feature that now extends to all Android 5.0+ phones rather than being restricted to Xiaomi handsets when the app is running in the background.

That said, we found it impossible to set this up with our  Samsung Galaxy S6 – the phone reported that the Mi Band Pulse could keep the phone unlocked only once it had been unlocked by us, but as soon as the screen timed out the S6 requested our password, despite the Mi Band Pulse being added as a Trusted Smart Wake device.

We had a few headaches in setting up the Mi Band Pulse, and we aren’t entirely sure whether it’s because we are UK-based or because we had the original Mi Band paired to our Mi Fit account.

As we noted with the original, the instructions that come with the Mi Band Pulse are written in Chinese and therefore difficult for the majority of UK users to follow.

The first thing to do is download the Mi Fit app from the Google Play store (or App Store, since the Mi Band is also compatible with iPhones running iOS 7.0 or later). You can then pair the Mi Band Pulse to the app over Bluetooth, and register for a Mi Fit account if you don’t already have one. (The Mi Band Pulse will also sync with Google Fit.)

This is where we ran into problems, though. The version of the app (1.7.521) we downloaded from Google Play was the same version we used with the original, and featured no function to measure your heart rate.

We got around this by going to Settings, Security and allowing our phone to install apps from unknown sources, then downloading and installing the Xiaomi Mi Fit 1.7.611 .apk file from APKMirror.

Geekbuying suggests that an alternative workaround is to download the Xiaomi App Store from app.xiaomi.com and install the Mi Fit app from there. (We haven’t tested this workaround.)

Once we’d got the correct version of the app on our device using the Mi Band was simple. It will automatically connect and sync data as soon as you open the app, and the rest of the time goes about recording your activity without draining your phone’s battery (you don’t need to leave the Bluetooth switched on).

As with the original Mi Band, the Mi Fit app will work with the Mi Band Pulse to do its thing with zero interaction from you. On launching the app you’ll still see the daily step counter (with number of calories burned), and can access daily data on a bar chart from the past month. These are plotted against your daily target, which can be set as high or low as you like.

A swipe to the left brings up the sleep data, and you should find it’s now more easily able to distinguish between light- and heavy sleep cycles thanks to the heart-rate sensor (if you want to extend battery life further you can turn off the ‘Sleep assistant’ in Mi Fit’s settings, which periodically measures your heart rate during the night.

New to the app is a section to monitor your weight and BMI, which will be useful if you want the Mi Band Pulse to help you monitor your activity in an effort to slim down. This screen is found a swipe to the right of the main screen, but of course requires you to manually input this information (the fitness band isn’t that clever).

The ability to record your heart rate on-demand is found in the Settings menu, along with options to share achievements with your friends (merely a screenshot of your progress – the Mi Band Pulse still lacks true social integration in the way Fitbit trackers and the like do), set up a gentle vibration alarm to wake you in the morning, or set the Mi Band Pulse to alert you to incoming calls and notifications from apps of your choice.

We’ve already partially covered the Mi Band Pulse’s build and design in this review. Almost identical to the original it’s still extremely lightweight, but with a tougher hypoallergenic band with eight adjustment holes that fit any wrist from 157- to 205mm. Plus there’s the new optical heart-rate sensor, which you can see working as a pulsating green light.

The Mi Band Pulse still interacts with you using vibrations, but one thing we haven’t mentioned is the three LEDs on top of the tracker. These work in the same way as before – when lifted in a checking-the-time movement flash to show how close you are to your daily activity goal. The gesture is tricky to get the hang of, although the Mi Band will also vibrate and flash like crazy when you’ve hit your goal.