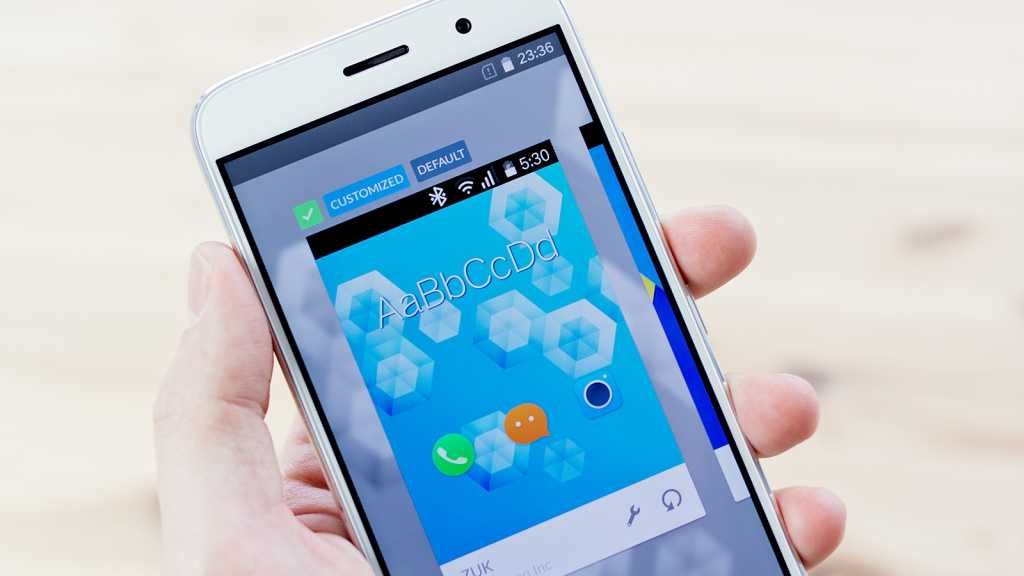 The Z1 is a good first attempt from ZUK. It’s not a super-cheap budget phone, but we think the price is about right given the hardware inside. Standout features include the 5.5in full-HD screen, large battery, 64GB of built-in storage and USB-C port. Although there’s no removable battery or microSD card support, you could argue that you need neither.

This mid-range Android phone is packed with goodies, including 64GB of storage, a large battery, USB-C and a fingerprint scanner. But is the  Lenovo ZUK Z1 worth your money? Also see: Best smartphones 2015/2016.

The Z1 is the first phone from Hong Kong-based ZUK, which is backed by Lenovo. A Chinese phone, the ZUK Z1 is available in the UK through sites such as Coolicool.com, where it currently costs £228.47. Coolicool has stocks in its EU warehouse, which means you won’t be liable for import duty, and offers free shipping to the UK. Also see: Best MiFi 2016.

Alternatively, Coolicool also sells the ZUK Z1 from its Chinese warehouse. It’s cheaper at £217.59 – and even cheaper with a further $30 (around £19.89) off the purchase price with the code CICZUK – but if you are shipping it to the UK you may end up with extra charges for import duty. Read our advice on buying grey-market tech.

Also available in grey, our white ZUK Z1 review sample has been likened to an iPhone 6s Plus by many an onlooker. The design is nice from the front and sides, with an aluminium frame, thin bezels and a rectangular home button that builds in a fingerprint scanner with metallic surround. But we’re not so keen on the rear, a shiny white plastic that makes the device appear much cheaper.

This rear cover isn’t removable, but it doesn’t need to be, with a massive 64GB of storage inside (of which around 53GB is available to the user) and a chunky 4100mAh battery that promises an average two days of use away from the mains. A dual-SIM tray pops out from the phone’s top left edge, while you’ll find a power switch and volume rocker on the right, a standard 3.5mm headphone jack at the top, and the charging port on the Lenovo’s bottom.

The Lenovo ZUK Z1 is one of several devices to adopt the new USB-C standard for data transfer and charging. Right now some users will find this an inconvenience, since the chances are the only USB-C cable you’ll own is the one that comes in the Z1’s box. But it’s worth the hassle, because not only is USB-C reversible, meaning you can fit it in either way around without first having to work out which way is which, but it’s futureproof and it’s fast.

To the right of the USB-C port is a speaker grille. The single speaker on the ZUK Z1 is tinny and not particularly loud. See all smartphone reviews.

The screen on this mid-range Android phone is far more impressive, though. It has a full-HD (1920×1080) IPS screen with a pixel density of 401ppi. It’s bright, it’s clear, it’s responsive, colours are realistic and viewing angles are good. The bezels are pretty skinny, although there is an odd black border running along the screen edge. Also see: Best Chinese phones 2015.

Below the screen sits the fingerprint scanner and touch-sensitive back and options keys. The fingerprint scanner is a touch-style version that worked well in our tests. We also like the fact it can distinguish between a tap and a press, with the former operating as a second back button and the latter taking you home. (An option in the Settings menu lets you add onscreen controls if you prefer.)

The ZUK Z1 feels reasonably sturdy, and doesn’t flex, creak or rattle under pressure. Some parts of the aluminium frame don’t sit as flush to the screen as others, however. It’s not visible by eye, but in running your finger around the edge you can feel a small gap. We’d worry that, at least with the white model, this thin channel could easily trap grime and spoil the overall design.

The ZUK Z1 is a mid-range phone and, as such, you can’t expect to find the latest hardware inside. However, there is a 2.5GHz Qualcomm Snapdragon 801 processor – the same chip seen in some of last year’s flagship Android phones – and a generous 3GB of RAM inside. That’s a similar setup to phones such as the Samsung Galaxy S5 and LG G3, for example, and the Z1 offers the same level of performance.

Performance in our benchmarks was very decent for a mid-range phone. For measuring overall performance we ran Geekbench 3.0, in which the Lenovo ZUK Z1 recorded 998 points in the single-core component, and 2368 multi-core. We also ran AnTuTu, where the Z1 managed 41,406 points. You can compare performance to all the phones we’ve recently tested in our article What’s the fastest smartphone 2015.

In the GFXBench graphics test the Z1 clocked 28fps in T-Rex and 12fps in Manhattan.

Lastly we ran SunSpider, and saw an average of 1280ms, which isn’t bad for a mid-range Android.

The real star in performance terms, though, is the battery. ZUK has fitted the Z1 with a huge 4,100mAh battery. It’s not removable, but in our tests it could last a full two days (obviously your results will depend on your usage). Plus there’s support for Quick Charge and, as we mentioned earlier, a reversible USB-C charging port.

Aside from the aforementioned fingerprint scanner, the ZUK Z1 has another neat addition that isn’t seen so commonly in European phones: it’s a dual-SIM dual-standby phone, and both its nano-SIM slots support 4G LTE. As long as you’re not an O2 customer, that is – the Z1 doesn’t support the 800MHz band in the UK, although there is support for 1800MHz and 2600MHz. Also see: How to check whether a phone is supported by your network and best dual-SIM phones.

No microSD card slot is present, but with 64GB of storage inside and the availability of cloud-storage services, most users will have plenty of space for their needs. Also see: How to add storage to Android.

On paper the Lenovo ZUK Z1 sounds as though it should be a strong performer in photo and video, with a 13Mp IMX214 rear camera with OIS and a dual-LED flash, plus an 8Mp camera at the front. Video recording is possible at 1080p.

Outdoors it is possible to get some decent shots, but bright sunlight or low light can cause problems, with the Z1 introducing noise or overexposing the shot.

One of the most interesting aspects of this phone is the software it runs: CyanogenMod 12.1. This is based on Android Lollipop 5.1, and doesn’t deviate too far from stock Android but adds several improvements.

We like the way the app tray is split into an alphabetical list, with a bar at the bottom allowing you to quickly jump to a certain character. We also like the bunch of free themes that are available to apply to your device.

A couple of gestures are supported, including the ability to double-tap to either wake the screen or send it to sleep.