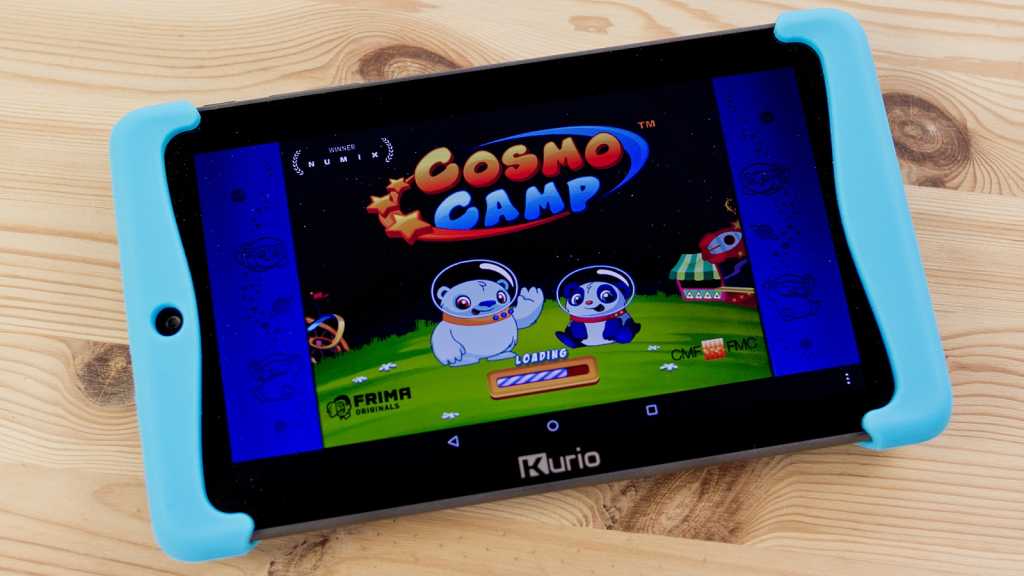 The Tab 2 is almost great. It combines a proper Android tablet with child profiles and some decent apps. However, the software could be slicker and the screen better quality. It’s pretty good value if you can find it for under £80, though, but at the recommended £99, you’re better off with Amazon’s Fire Kid’s Edition which comes with a year’s subscription for Fire For Kids and a two-year warranty that covers accidental damage. It may lack Android and Google apps, but it has a much better screen.

Kids tablets are steadily improving with many now being ‘proper’ tablets instead of ‘toys’ with proprietary app stores and none of the apps your kids actually want. Kurio reckons it has come up with the best yet in the Tab 2.

Note: The Tab 2 has now been superseded by the Tab Advance, reviewed.

We’re always wary of any product that claims to be the ultimate, but Kurio goes even further with the Tab 2, saying it’s also the “safest tablet for kids”. It’s not perfect, but it is one of the better options if you don’t want to hand over your iPad (or buy your kids their own).

It’s similar in some ways to LeapFrog’s new Epic tablet, reviewed, but it runs a newer version of Android which you can freely access.

This is a decent-looking 7in Android tablet that comes with a protective rubber bumper that’s more streamlined than usual. It covers the corners and should prevent damage from the inevitable drops the tablet will endure during its life.

A removable plastic cover at the back slots into the bumper in two places to offer two viewing angles, but it’s hard to attach.

There are front and rear cameras (0.3- and 2.1Mp respectively), Wi-Fi, Bluetooth and a micro HDMI output. There’s also a mono speaker, headphone jack and a microSD card slot for adding up to 32GB on top of the internal 8GB (only 1GB of usable storage is available out of the box). The micro USB port is used for charging and synching, and also supports USB OTG (on-the-go) so you can access files stored on a compatible flash drive.

The tablet is well built but the screen specs are below expectations. We’ve long criticised kids tablets for having low resolutions, but more importantly poor viewing angles. The Tab 2’s 1024×600 resolution is the same as the new £49 Amazon Fire but the fact that Kurio didn’t opt for an IPS screen means colours don’t look right unless you’re looking square-on.

We could also level criticism at the poor-quality cameras, but the Amazon Fire shares the same specs. We’ve yet to see a kids’ tablet with acceptable video and photo quality at any price.

Here are a couple of photos which show the poor quality of the rear camera (the front is even worse):

Performance is mixed. The quad-core processor is speedy enough, but sometimes apps take a long time to load and the screen isn’t always sensitive to a light touch and a firmer press is needed to register a tap.

Software is just as important as hardware on a kids’ tablet. Kurio’s system isn’t nearly as slick as Amazon or LeapFrog’s with small, hard-to-read icons and a less-than-intuitive interface. It needs an overhaul.

A few apps, games and ebooks are pre-loaded which means that once you’ve set up a parent account and your child’s profile (and installed any over-the-air updates) it’s ready to go with hours of fun before you need to install any new apps.

That’s the theory, anyhow. In practice we were miffed to find that some of the apps were essentially trials, so within five minutes our four-year-old tester was asking us to buy new deserts to make in Smurfs Bakery (you can make only one iced lolly – the other treats are locked out). Other games include adverts and in-app purchases, while others are ill-suited to children who can’t read. No instructions are read aloud (as you get with LeapFrog games) so you’ll need to be on hand to explain how to use most apps.

It’s not all bad: there are five Motion games which use the front camera in a similar way to the LeapFrog LeapTV to put kids in the action and get them to be active while playing games. This is where the stand comes in, allowing you to prop up the tablet so you can play the games hands-free. And if you buy an inexpensive micro HDMI to full-size HDMI cable you can hook the tablet up to your TV and see the game on the big screen. Some of the games have a two-player mode, too.

We also like Kidoz TV app which has a selection of content from YouTube suitable for kids, from Care Bears and Fireman Sam through to Cbeebies content such as My Pet and Me. Similarly Kidoz Buzz is a curated stream of online videos and from home-recorded clips of animals doing funny things to excerpts from films or TV shows.

Plus, unlike many children’s tablets, you have access to the full Android Lollipop operating system, complete with the Google Play store where there are more free apps than the tablet can hold.

There are all the other Google apps including Gmail, YouTube, Maps and Photos, the latter of which is authorised by default in each kid’s profile. It’s also good that Kurio uses Android profiles rather than its own system so it’s easy to switch between profiles and manage content. It also means that as the child grows up they can remove the bumper and graduate to using full Lollipop and not be stuck with a kids’ tablet.

When you install an app from Google Play you’re asked to assign it to a category so that it appears in the right place in the child interface and also because of the time limit system.

The system is pretty good, but it could be better. You can’t set different time limits for play and learning/reading, just the ‘authorised hours’ between which the tablet is usable and a Daily Play Time which is the number of hours the child can play on the tablet. You can’t set multiple periods per day, but you can set different times for different days. Kids get a warning banner appear when their time is almost up, and a parent can enter their PIN to add a few minutes’ extra time to finish off an activity. This offsets the rather coarse session length and pause length settings which are adjustable in only half-hour increments. These enable you to limit how long the child can use the tablet continuously, and how long they must wait until they can continue using up their Daily Play allowance.

Another disappointment is that nothing is changed or tailored for different ages. You merely get a 0-7 age bracket. Which, of course, is nonsense. Needs and abilities change vastly from three to seven, and it would have been nice to see age appropriate apps appear when you create a profile.