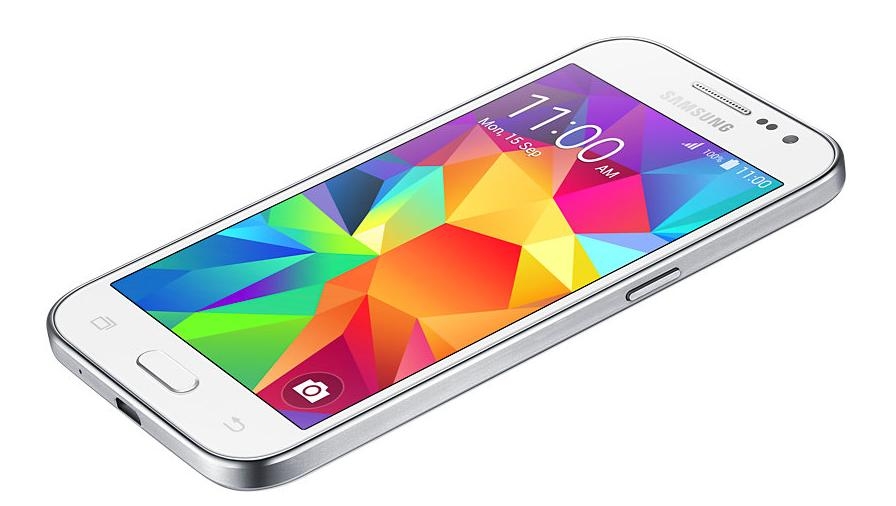 If you love Samsung Android phones then you’ll like the Galaxy Core Prime. It does lack a few features, but the missing ambient light sensor is one cut corner too far. For only £79, we prefer Vodafone’s Smart Prime 6. It has a 5in 1280×720 screen, better cameras and an ambient light sensor. Plus it runs an essentially plain version of Android.

The Galaxy Core Prime is one of Samsung’s cheapest smartphones and is often the cheapest big brand phone you’ll find when you walk into Tesco, Carphone Warehouse or even Argos.

But is it a good phone and a good deal? Here’s our Galaxy Core Prime review to help you decide if it’s right for you. See also: Best cheap 4G phones to buy now

Some people buy phones SIM free and if you want an unlocked Galaxy Core Prime it will cost £109. However, on a 24-month contract the phone is free and costs as little as £12.50 per month. Mobilefun.co.uk supplied this phone for review.

Available in black, grey or white, the Galaxy Core Prime is an all-plastic phone that looks more expensive than it really is. It shares its styling with some of Samsung’s bigger, better phones and certainly doesn’t look ‘cheap’.

Build quality is good and there’s a physical home button and touch-sensitive ‘back’ and ‘task switcher’ keys. Another benefit is that the battery is removable and that you can add up to 128GB of storage via the microSD card slot that sits on top of the single micro SIM slot.

The phone comes with Android KitKat and Samsung’s familiar TouchWiz interface. We prefer the plain Android interface, but if you’ve used Samsung phones before, you’ll instantly be at home with the Core Prime. There’s an update to Android Lollipop, but not to Marshmallow.

When you swipe down from the top of the screen you get five Quick Settings shortcuts and it’s possible to reorder and change which buttons appear there.

Impressively for an inexpensive phone it supports 4G and also has NFC alongside the expected Wi-Fi, Bluetooth and GPS. In other regions the phone is sold without NFC and 4G, so make sure the model you’re buying is the official UK one – model SM-G360F. Unlike some Samsung phones, there’s no ANT+ support (few people will want or need this), no MHL support

What’s not so impressive is the screen. Some might prefer the small 4.5in display over the current trend for larger phones but the resolution and quality are most definitely budget. The 800×480-pixel panel looks blocky and makes small text hard to read. Colours also look washed out and lack the vibrancy of Samsung’s premium phones. Viewing angles are fine and it does the job well enough, but it’s not amazingly bright so is hard to see outdoors in bright conditions.

Just note that there is no ambient light sensor, so the screen brightness won’t adjust automatically to your surroundings and having to adjust brightness manually is annoying if you’re used to a phone that does it for you. In fact, sensors are thin on the ground with only an accelerometer and proximity sensor. There’s no gyroscope, nor barometer. There’s also no LED notification light.

Performance is pretty much what you’d expect of a budget phone too. It has a 1.2GHz quad-core processor – a SnapDragon 410, Adreno 306 graphics, 1GB of RAM and 8GB of storage (5.3GB is usable). In general use the phone feels fairly zippy but there’s the occasional slowdown and also slight delays when launching apps.

Broadly speaking, performance is the same as the Vodafone Smart Prime 6 and Motorola Moto E 4G, which both have similar specs.

The 2000mAh battery is claimed to last up to 12 hours when browing the web via Wi-Fi. In our standard battery test, the Core Prime lasted just shy of 5 hours. Not the best we’ve seen, but not too bad. And since it’s easy to swap batteries, you can buy a spare and carry it with you. Also see: Best MiFi 2016. 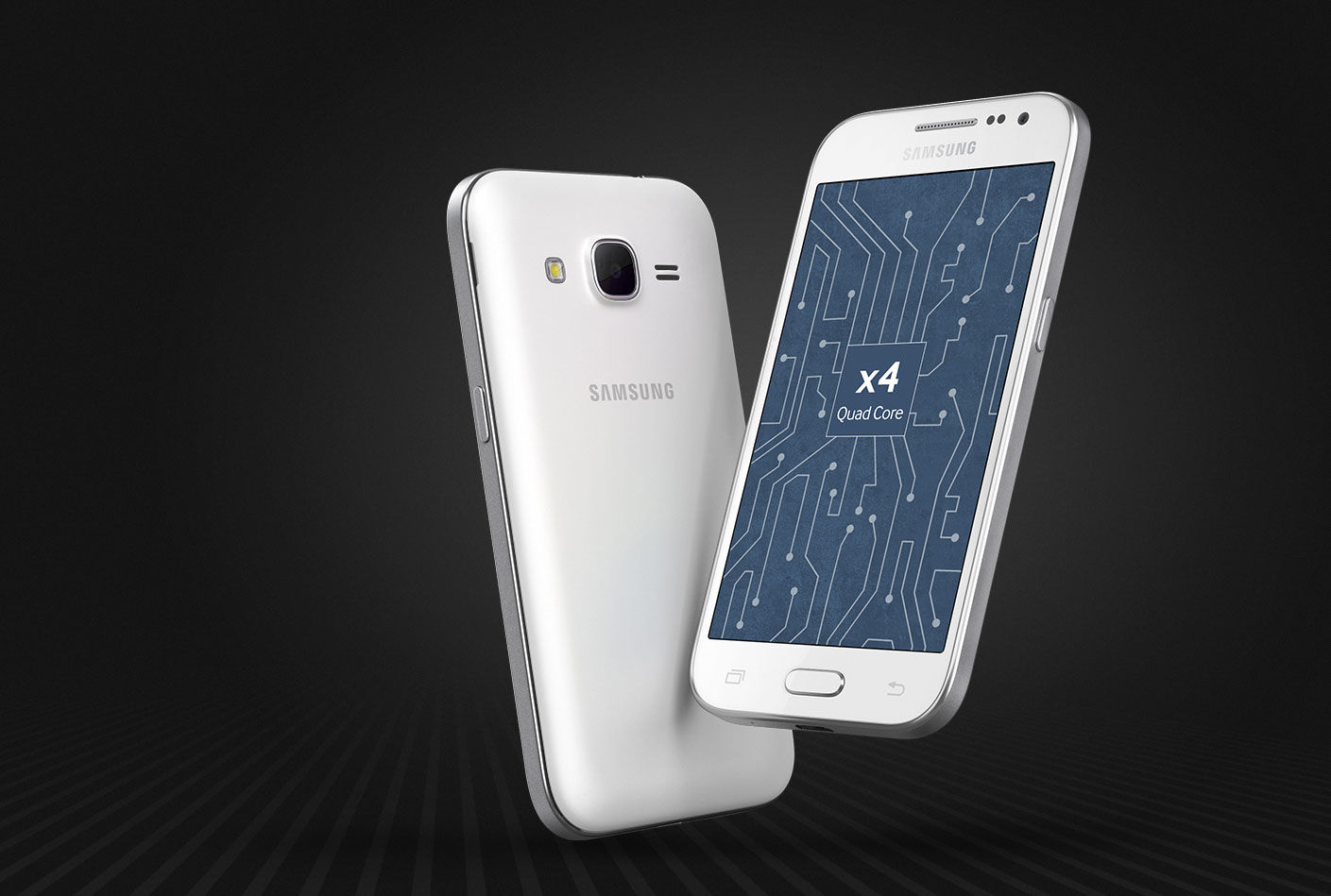 There’s nothing special about the cameras: 5Mp at the rear and 2Mp at the front. They’re just about acceptable at this price, but it’s worth knowing that the camera app defaults to a bizarre 3.9Mp 5:3 aspect ratio setting, so the first thing to do is change this to 5Mp, which is a 4:3 aspect ratio. 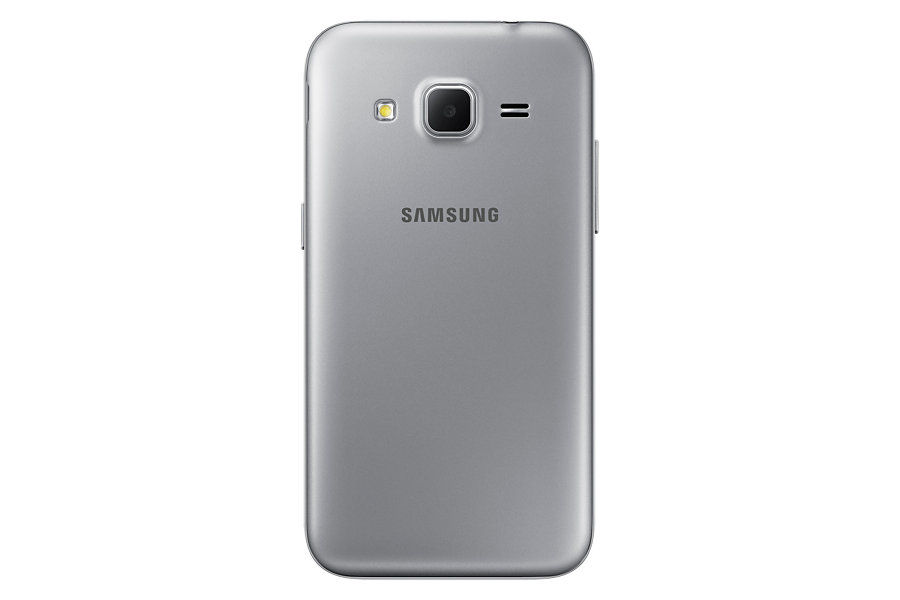 In good light the main camera takes surprisingly decent photos, although they obviously can’t compare with those from the Galaxy S6 Edge. But among its peers, the Core Prime holds its own. In low light focus can be slow and it’s easy to miss the moment or end up with blurry pictures.

The same can’t be said for selfies which are often soft and lacking in detail, despite the resolution that’s higher than most iPhone selfie cameras.

Videos are recorded at 720p and are reasonable enough with little noise in good light. There’s no stabilisation of course, so you’ll need a steady hand to avoid shaky footage.