Overall, we’re pretty disappointed with the Smart Speed 6. The camera lacks basic features that other budget smartphones have (autofocus) and its low resolution display is pretty off-putting. Yes, it’s only £50 and you can’t expect the world for £50, the Vodafone Smart Prime 6 is only £30 more and is much, much better. It has a larger, 720p HD display, a faster processor, the MicroSD card slot handles up to 64GB, it has a higher resolution camera, its thinner and looks more premium than the Smart Speed 6. When you consider all the above, we think it’d be worth saving up a little more money to get a phone you’ll be happier with. If money isn’t an issue, we’d recommend the Smart Ultra 6, Vodafone’s £129 phablet that is currently sat at the number one spot in our best budget smartphone roundup.

The Vodafone Smart Speed 6 is the little brother to the Smart Prime 6 and Smart Ultra 6, two of our favourite budget smartphones on the market at the moment. With the two previous handsets surprising us in terms of value for money, we were expecting big things from the Smart Speed 6 – but with such large shoes to fill, did it deliver? We put the Smart Speed 6 through its paces to see whether it deserves the name ‘Smart Speed’. See also: Best budget Android smartphones

The Vodafone Smart Speed 6 is a budget smartphone, so you can’t expect it to be as sleek as the Samsung Galaxy S6 or the LG G4, but it can still hold its own against other budget smartphones on the market. It has a plastic body which feels pretty cheap in the hand, but when you consider the phone only costs £50, you can let it slide. It’s available in two colours – silver or ‘anthracite’ (dark grey) which we can’t quite understand, as the two colours are almost identical.

The Smart Speed 6 is a bulky smartphone, there’s no debating that. It’s 10mm thick, and it’s definitely noticeable straight away – it feels bulkier in the hand than our iPhone 6s with a fairly chunky protective cover on, and that’s saying something. However even though it feels weighty at 146g, it’s actually 9 grams lighter than its older brother, the Smart Prime 6, which weighs 155g (although the Smart Prime 6 is 1mm thicker than the Speed 6). Even with its weight, the Smart Speed 6 is comfortable to hold for long periods of time thanks to its curved rear, which helps the phone fit snuggly into your hand.

Dimensions wise, it measures in at 132.2×65.1mm and houses a 4.5in display, which gives the Smart Speed 6 a 64.8% screen-to-body ratio. The bezels are fairly thick around the edges of the screen, but again, for only £50 you can’t expect an edge-to-edge display. The advantage to having a sub 5in display is that it’ll feel comfortable to use one handed, as we were able to reach from one side of the display to the other with ease.

The Vodafone Smart Speed 6 comes packing a 4.5in IPS display, although we can’t quite describe it as HD as it has a resolution of 480×854, which equates to around 218 pixels per inch. It’s not the brightest of displays either, and we had a bit of trouble using it in direct sunlight, particularly when trying to read text. That may have something to do with the low resolution, as text isn’t as sharp and easy to read as it is on other devices, even the Smart Prime 6 which costs only £30 more has a larger, 720p HD display.

The device is called the Smart ‘Speed’ 6, so what is it boasting under the bonnet? It features a quad-core 1GHz Mediatek MT6735M CPU coupled with a Mali-T720 GPU and 1GB of RAM, which by itself isn’t impressive but coupled with a low resolution display, it performs quite well. In fact, when we ran our GFXBench tests, we found that the Smart Speed 6 actually beat the Smart Prime 6, which features a 1.2GHz Snapdragon 410 processor. In T-Rex, the Smart Speed 6 managed to get 11fps, compared to the 9.4fps offering of the Smart Prime 6 and in Manhattan, it hit 5.5fps compared to 3.8fps.

When we ran GeekBench 3, it was a slightly different story as it relies solely on the CPU and not graphical power. In single core mode, the Smart Speed 6 scored 457 and in multi core mode, it scored 1258. To put this into some perspective, the Smart Prime 6 managed 464 in single core mode and 1401 in multi-core mode. It’s not much of a surprise though, as we did experience intermittent lag when using the device, even when swiping between the home screen menus. We feel the Smart Speed 6 will suffice for standard web browsing, calling and texting, but we wouldn’t hold our breath with regards to gaming.

Storage wise, there’s only an 8GB option available, and discounting the Android OS and Vodafone apps, you’ve only got around 4.7GB to play with – which isn’t much. Thankfully, the Smart Speed 6 also features a MicroSD card slot which can boost your internal memory by up to 32GB. It’s worth noting that the Smart Prime 6 also features a MicroSD Card slot, but supports up to 64GB of external storage.

The Smart Speed 6 features a 5Mp rear-facing camera with a maximum resolution of 2592×1944 and an LED flash, with various shooting modes available. Shooting modes include auto, manual, sport, HDR and manual, although we were pretty disappointed with the overall quality of the images taken by camera. The lack of auto focus means there is a lack of detail in the photos taken by the Speed 6, and we were a tad disappointed with the results, especially when you consider the Smart Prime 6 has a fairly decent 8Mp rear facing camera. Here are a handful of photos taken on the Smart Speed 6, so you can get a better idea of what we mean: 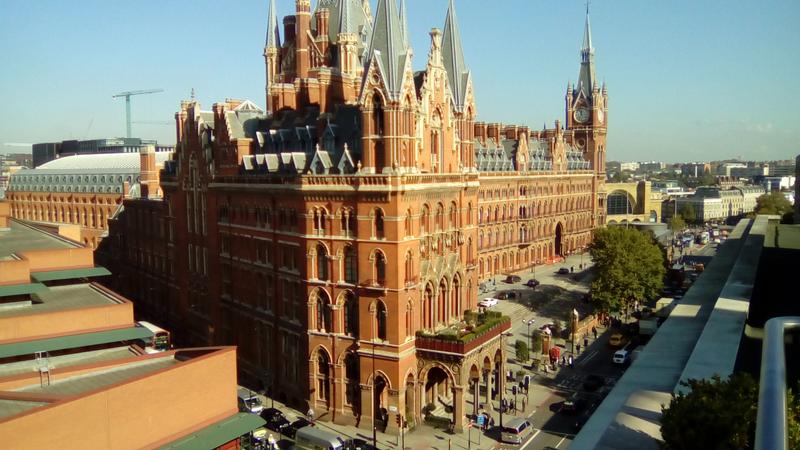 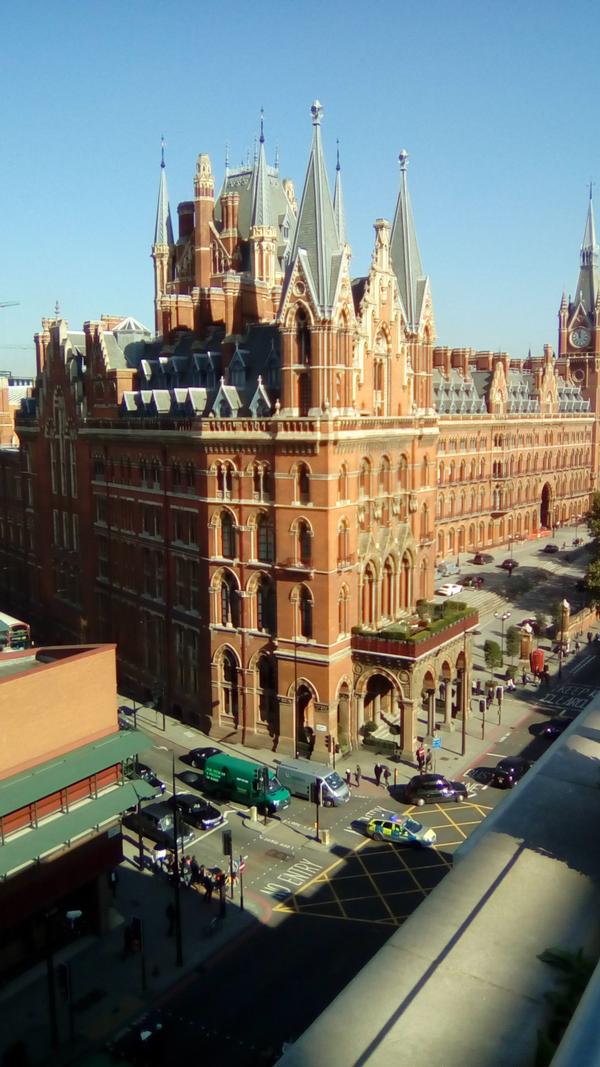 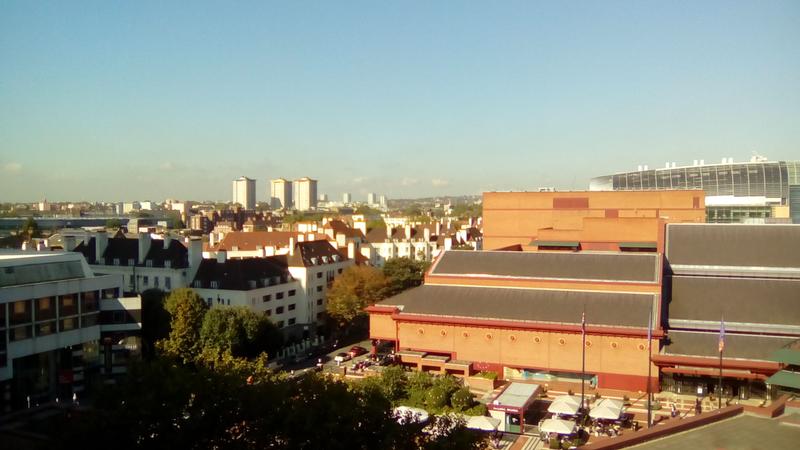 As you can see in the last image, photos are easily over exposed and overall, offers a disappointing image. It’s almost like the photos have been airbrushed – we can’t make out a single brick from the photo of the St. Pancras hotel, in fact it looks pretty smooth.

As well as a rear facing camera, the Smart Speed 6 features a fairly basic 2Mp front facing camera. When we found out it was a 2Mp camera, we weren’t expecting a lot from it but we found that when it came to selfies, the camera performs well. The facial recognition definitely comes in handy with the front facing camera, especially as you can’t tap the screen to focus on yourself. As long as the phone recognises your face and focuses on you, you should get a selfie good enough for the likes of Instagram and Snapchat.

In terms of software, the Smart Speed 6 comes packing a fairly vanilla implementation of Android 5.1, with eight Vodafone branded apps: Message+, Call+, Direct Access, My Web, Smart Tips, Updates, Vodafone Store and My Vodafone. The Vodafone Store isn’t to buy Vodafone products as the name suggests, but acts more as a hub for your phone and is where you can access your data allowance, minutes, texts etc.

Message+ and Call+ are interesting additions specific to Vodafone branded handsets, and bring more functionality to standard phone calls and texts. For example, you’re able to mark a call as important to let the recipient know it’s urgent, or type the subject/reason for the call. You can even add your location, include a video or completely switch to a video call mid phone call. Similarly, Message+ allows you to share your location, contacts, create group chats and even customise the design of the app.