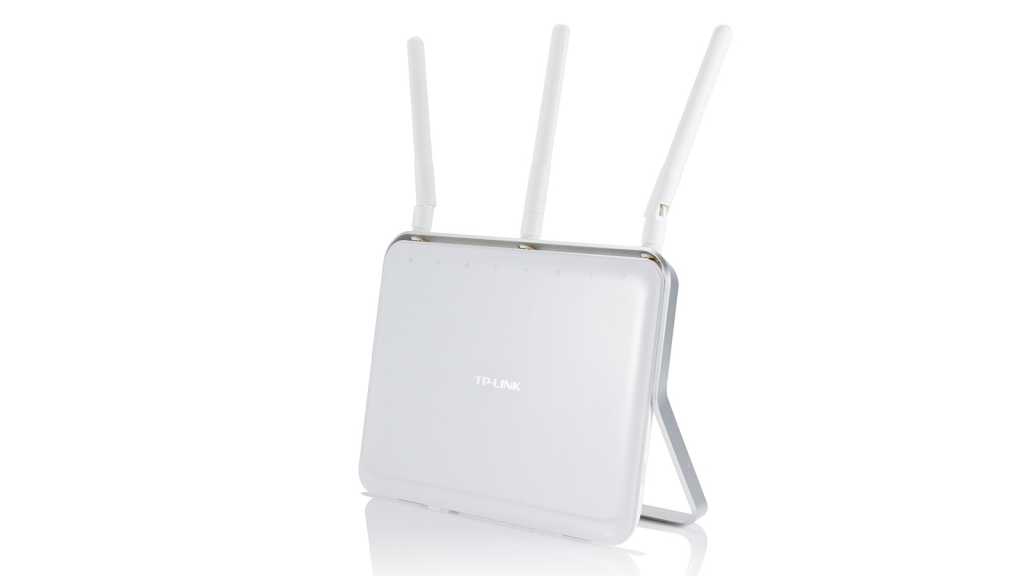 Since the software is good and the performance is truly excellent, we wouldn’t hesitate to recommend the Archer VR900. TP-Link has come a long way in a short time.

TP-Link’s first generation of 802.11ac wireless routers was astonishingly good value for money, offering considerably better performance than more expensive competitors. They lacked many bells and whistles though, with a very basic cut-down interface.  Since then, the firm has changed direction and its routers have improved enormously, with much better software and more features.Here’s our TP-Link Archer VR900 review.

The new range of routers may be a world away from the no-frills offerings of a year or two ago, but unfortunately, they’re not quite as cheap as they used to be either. The VR900 is no more affordable than other 802.11ac wireless DSL routers.

That’s understandable, since TP-Link has squeezed in a lot of hardware. It’s the company’s first VDSL router, which has 3×3 MIMO 802.11ac support as well as twin USB ports, one of which is on the side. On paper it matches, or surpasses many of its competitors. 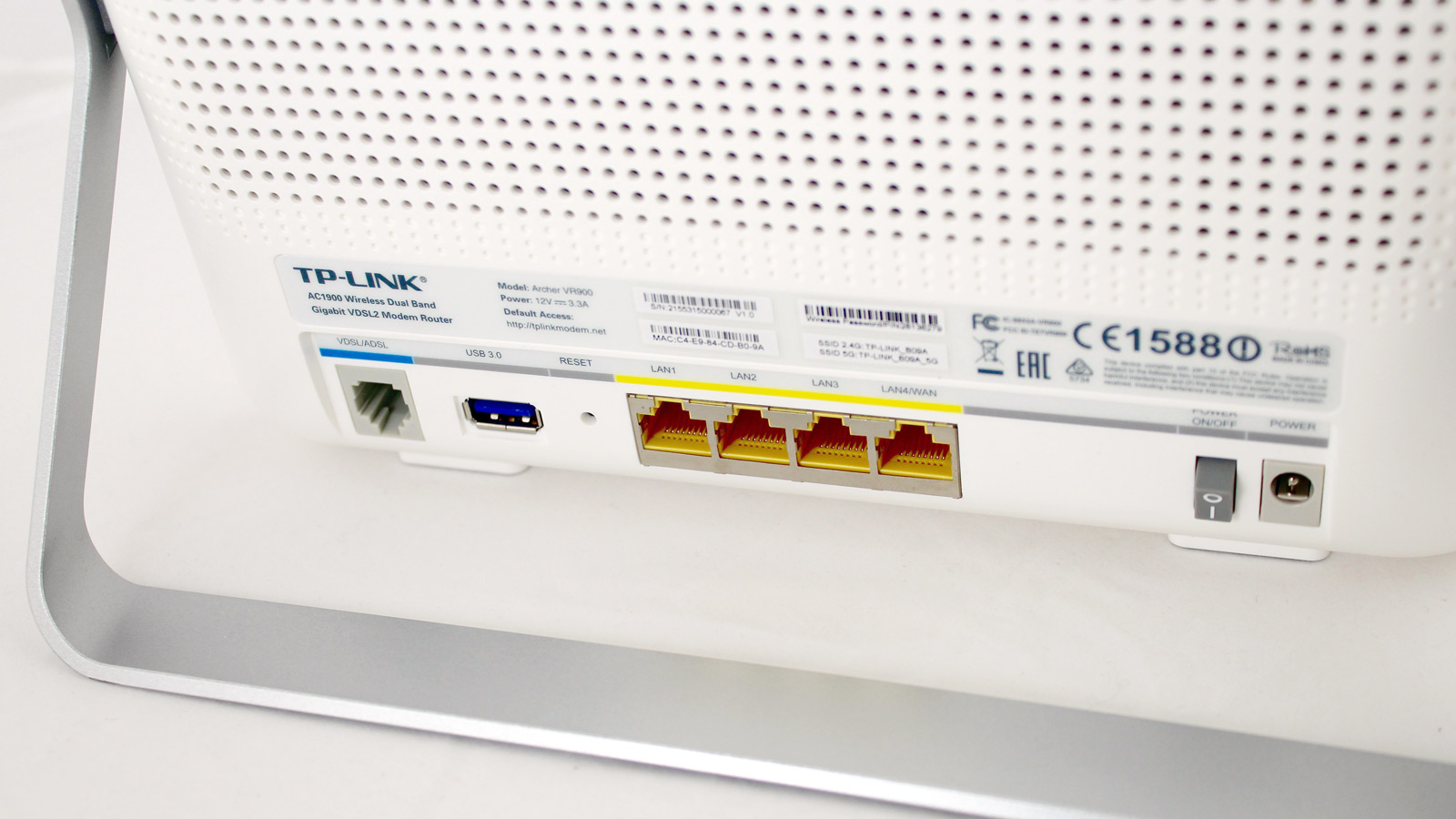 The router’s appearance is also an ‘upgrade’ over previous models. It’s a big white box with a silver stand that runs down the sides. Three enormous external antennas are provided, but despite these sticking out from the back, the router generally shouldn’t look out of place even if it’s in your lounge or some other communal location in your home.

The software has seen a similar upgrade from TP-Link’s older models. Basic routers used to offer no more than a few static pages with a list of settings, but now TP-Link has tried to provide software that is both intuitive and functional. Now, as with other routers, the front page gives you a good overview of the status of your network, showing the status of your LAN, DSL connection and so on. 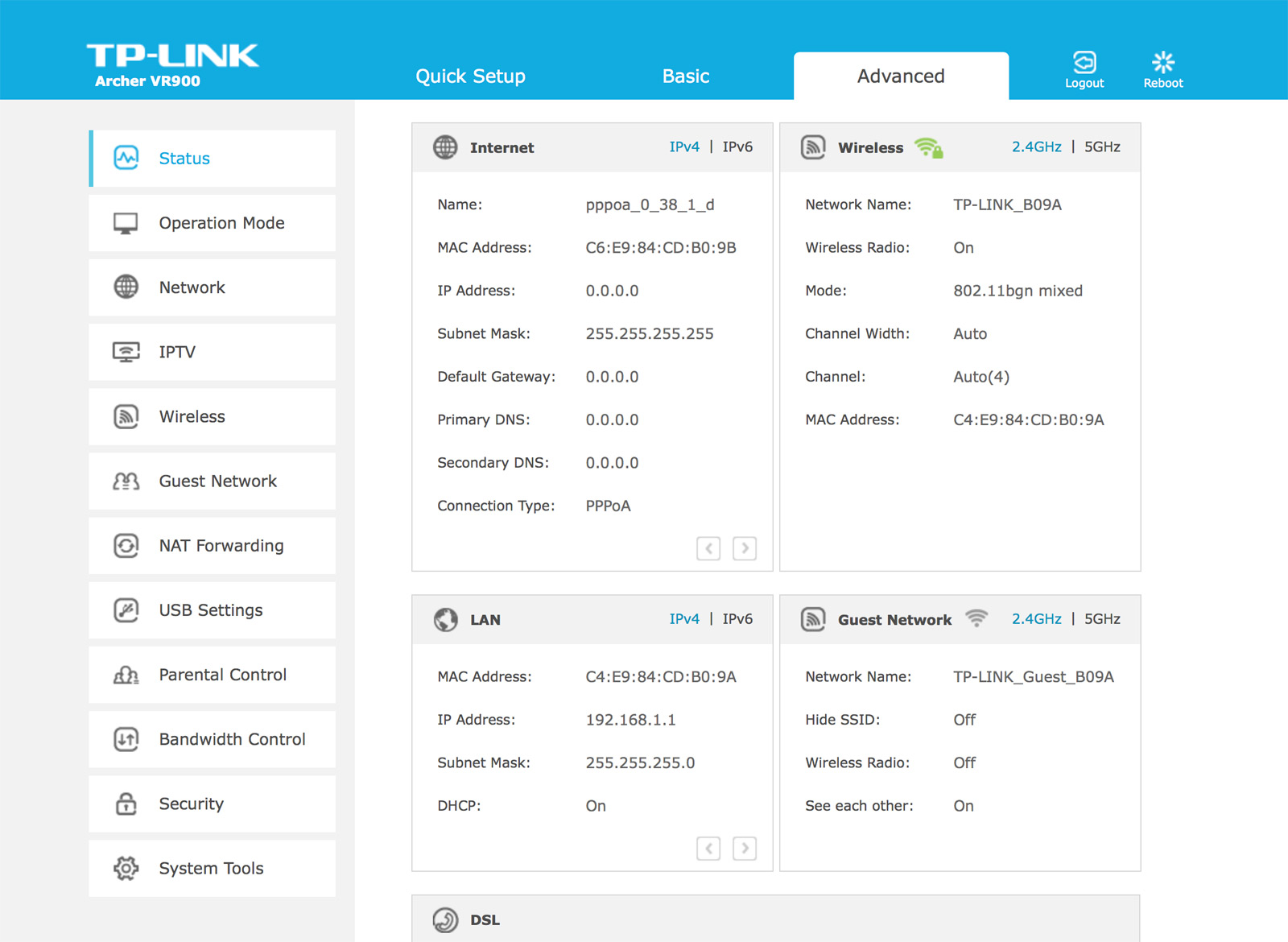 There’s no major reason for complaints, although in our opinion it lacks the polish of Asus’ or AVM’s efforts. With those routers, clickable links take you to various parts of the interface, and there are a few unique features that turn out to be quite useful, which the Archer VR900 doesn’t offer.  Everything is in the right place, but competitors have gone one step further with their efforts.

But if pure wireless performance is all you care about, then you’ll be interested to hear that the Archer VR900 is one of the fastest routers we tested. Short-range 802.11n and 802.11ac results trumped all its competitors except the Linksys XAC1900, with good results even at range. We were very surprised to see speeds of over 470Mbit/sec at 20 metre distance, and this is no fluke. Over 2.4 GHz 802.11n, we measured speeds over 110Mbit/sec – an outstanding result. Other routers struggle to meet these speeds even at short range. 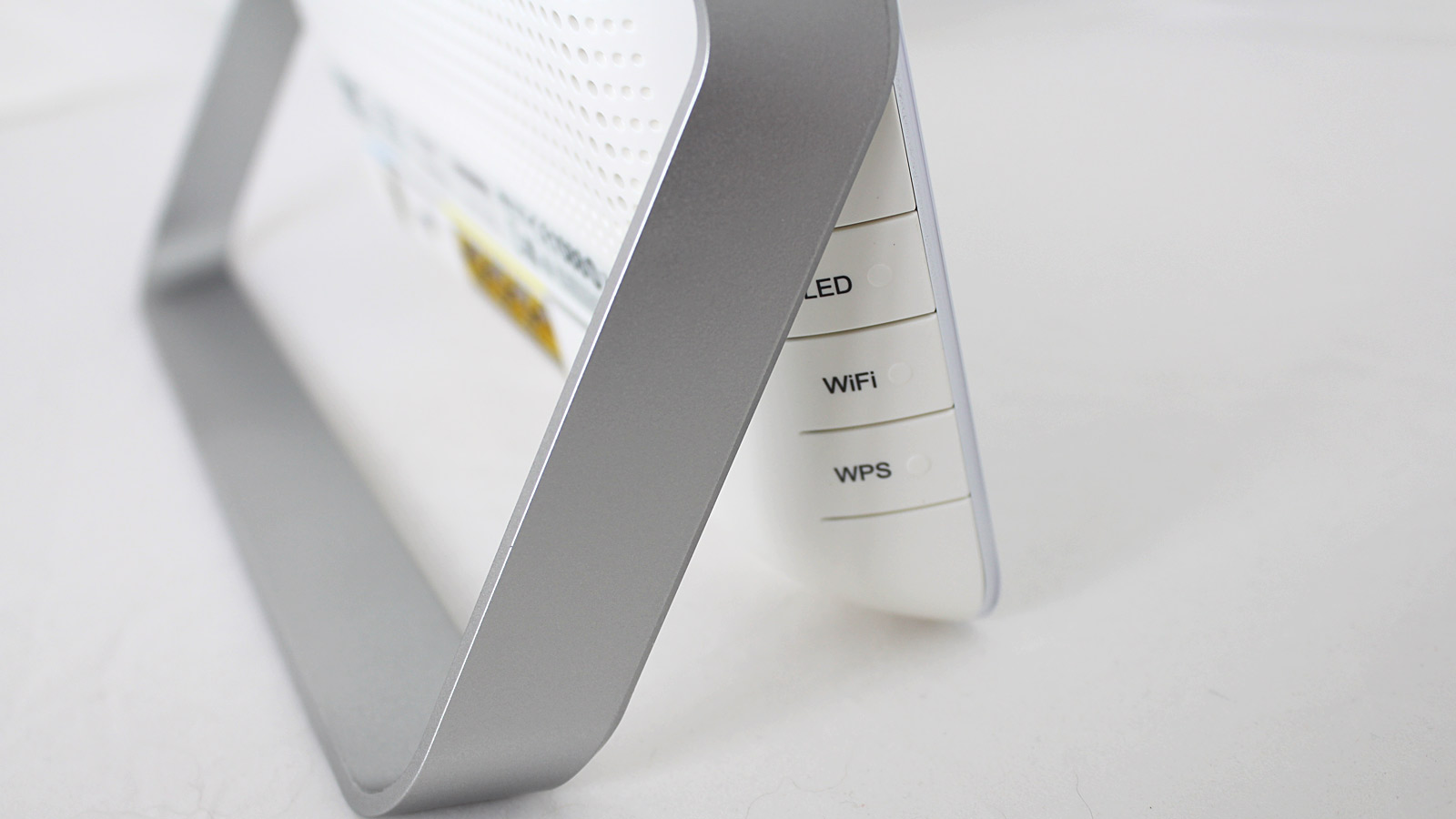 Our only questionable result from the Archer VR900 is its power consumption. Given that routers are usually left on 24 hours a day, 12.3 watts is a very high figure, and over double the energy use of competitors. For comparison, a basic desktop PC at idle can use around 45W, so leaving the VR900 turned on for 24 hours is equivalent to a desktop PC being left on for around six hours every day. Over a year, though, the few pounds extra it will cost to run the VR900 isn’t really worth worrying about.