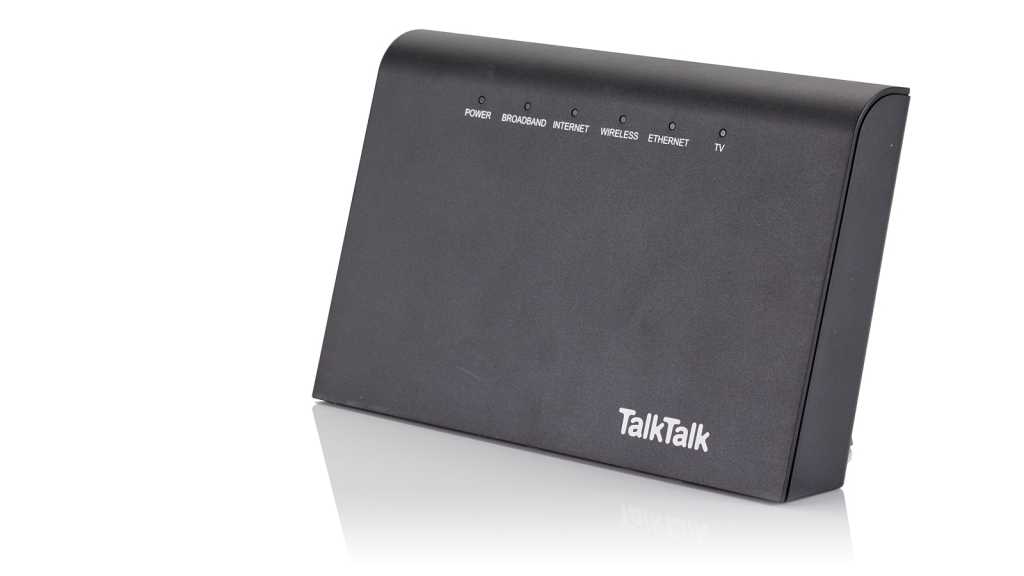 TalkTalk claim its router is an improvement over BT’s Home Hub 5, and that much is true: we did see a slight improvement from our results. However, the bottom line regardless of who supplies your broadband, is that you’re better off upgrading to a router such as the AVM Fritz!box than paying to upgrade to the latest Super Router or Home Hub. But, if you’re given the Super Router for free with your broadband package, it’s not so bad that you need to ditch it and spend £130 on a Fritz!Box.

As a modem router that comes as part of TalkTalk’s fibre broadband package, the new 802.11ac Super Router is a substantial upgrade over its 802.11n-only predecessor, although not so much if you already have TalkTalk’s first 802.11ac router. It’s manufactured by Chinese electronics giant Huawei and is a reengineering of that company’s HG633 model, loaded with custom software aimed at making the setup process as straightforward as possible. Here’s our 2015 TalkTalk Super Router review. See also: Best routers you can buy in 2015

To clarify, the Super Router is actually the second 802.11ac router from TalkTalk, with the HG635 model preceding it (a higher model number makes things even more confusing, but the HG633 is indeed the later router from TalkTalk). One major difference between the two is that gone are the gigabit ethernet ports – you get only 100Mbit/s fast ethernet with this model. Although a USB 3.0 port is included at the rear (an improvement over USB 2.0 on the previous model), we’d have been happier with the old arrangement.

ISPs, though, are more concerned about ease of use than blistering performance or advanced features, and this is especially evident with the Super Router. Everything about it is designed to make connecting to the internet as straightforward as possible. The manual goes into lengthy detail about how to connect your phone line to the router, with plenty of diagrams to show which leads plug into the ports on the back, how to install telephone splitters, and so on. In this respect, TalkTalk has done a great job with the software, as it holds the user’s hand at every point in the process and is unlikely to scare less technically minded users.

Aside from the slower ethernet ports, there’s also a reasonable feature set on offer. Along with its ADSL/VDSL modem, it offers 802.11n over both 2.4- and 5GHz and 3×3 MIMO 802.11ac. You can use the USB port for attaching a printer you want to share, or a hard drive of some description.

Due to the focus on simplicity, the Super Router has a single wireless SSID, which can be set to automatically detect what its connected clients are capable of, or forced to use a certain wireless standard manually. This makes a lot of sense. A single SSID can be much simpler to manage, but more technically advanced users are certain to prefer the additional flexibility of dual wireless networks as a way to ensure you connect at certain speeds. Suffice to say, then, that this is a router far better suited to undemanding users that would prefer to trade advanced features – even speed – for ease of use.

In order to test TalkTalk’s router, we directly connected both our test machines via wireless to over come the limitation of the ethernet ports. From our results we found the Super Router performs well at close range, but that it languishes behind Linksys, AVM and TP-Link over both 802.11n and 802.11ac, especially at longer ranges.