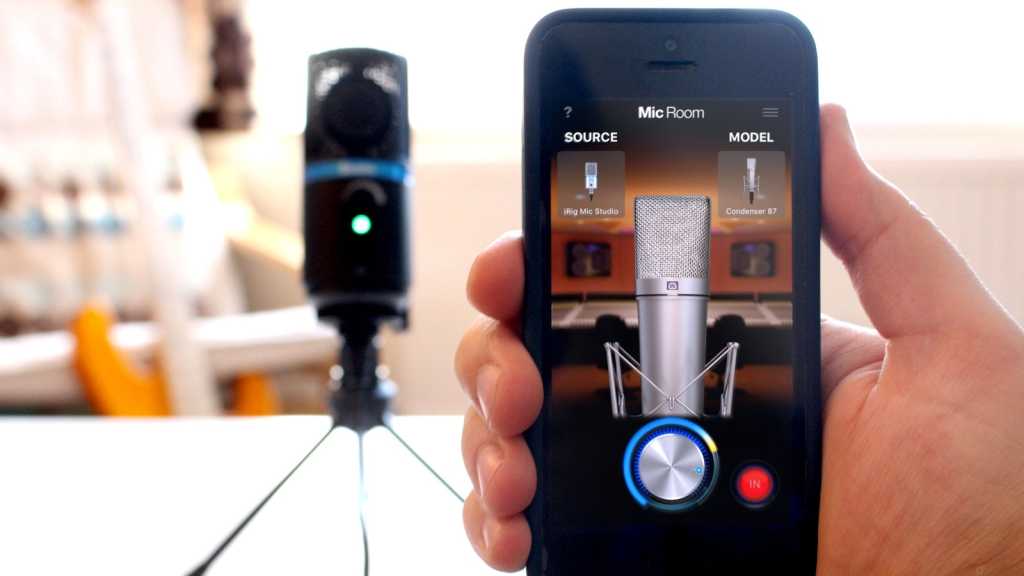 If you rarely record or you are just starting out then your iPhone’s built-in microphone will be fine, but when you are ready to record vocals for creating music or podcasting on the go then this is a fantastic microphone. It’s easy to use and the results are outstanding.

A portable condenser microphone which attaches to your phone, tablet or computer to give you studio-quality sound for recording vocals for music or podcasting. Here’s our iRig Mic Studio review

Not that long ago, recording music was only really possible in an expensive recording studio. Now, with the help of a phone or tablet running software such as GarageBand you can create music or record podcasts practically anywhere.

The problem is, despite great software, built-in microphones don’t give the best results and can mean a lot of background noise and lower quality overall. That’s where mics such as the iRig Mic Studio come in. It’s a portable condenser microphone which connects to your phone or tablet (including iPhone and iPad)  and is designed to capture everything from the subtle and nuanced dynamics of the human voice to the full-on bombast of an amplified electric guitar, and everything in between.

It is available in black and silver and the price includes a table-top stand, which can also be used on a full-size microphone stand. It feels sturdy and well built. 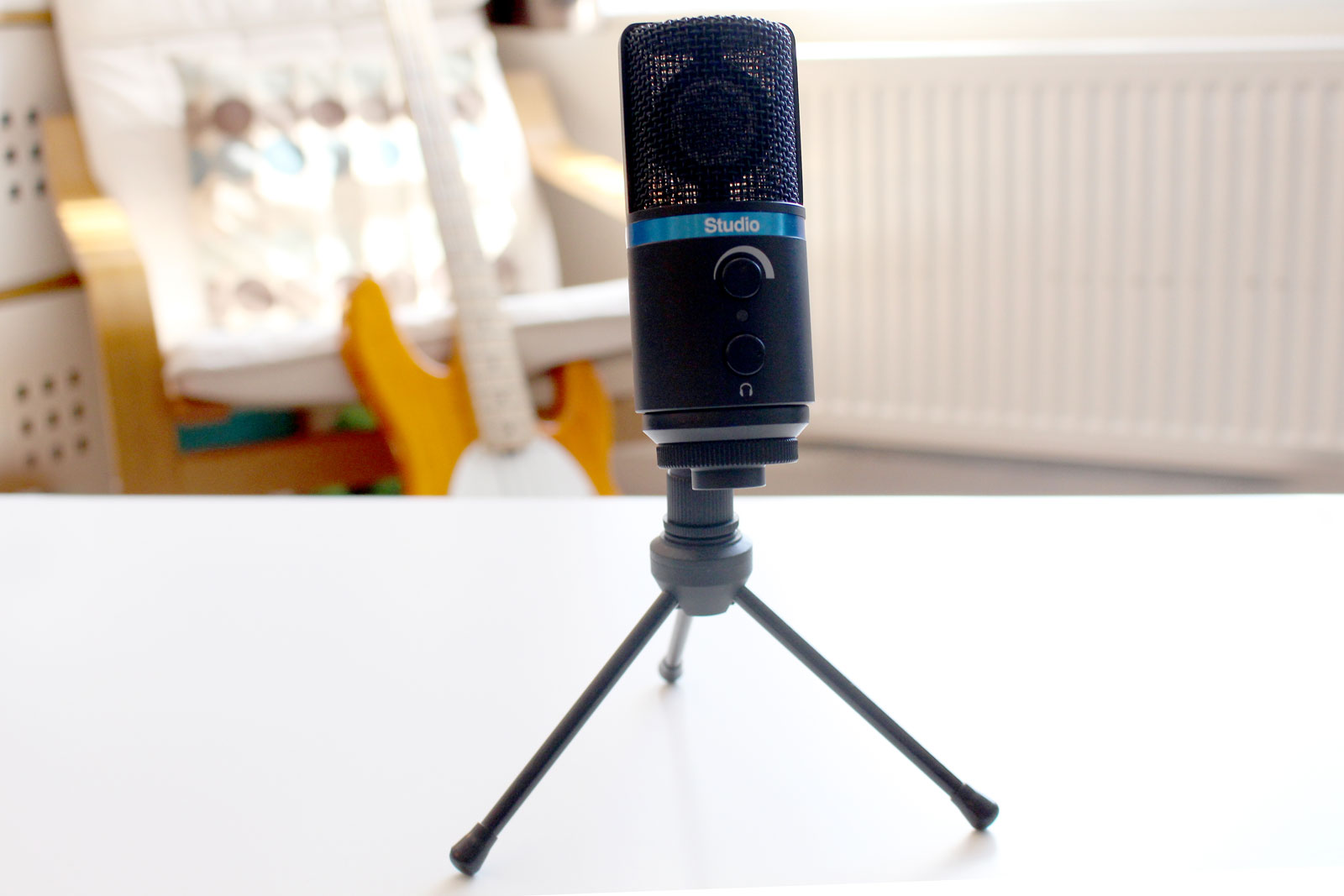 In the box is a choice of three leads to connect the microphone to your device: Lightning for iOS, Micro-USB OTG for Android devices, and USB for a computer running Windows or OS X. It doesn’t come with a 30-pin cable for older iPads or iPhones but you can purchase one separately. The cables will be long enough for most people at 1.5m.

There’s a free companion app called ‘Mic Room’ available for iOS and Android. It emulates different microphones and you can use it to connect to other apps such as Garageband.

The microphone itself has a gain control and headphone volume so you can control your headphone mix. The small knobs are a bit fiddly to use and you can’t adjust them while you record as a knocking sound is picked up. Fortunately the app includes a gain control so you can adjust without the fear of knocking the microphone. Occasionally there would be a slight delay when tapping record but closing the app and starting it again fixed the problem.

It also has a multicolour LED level indicator on the microphone to give you an idea if the gain is too high so you can avoid any unwanted distortion. 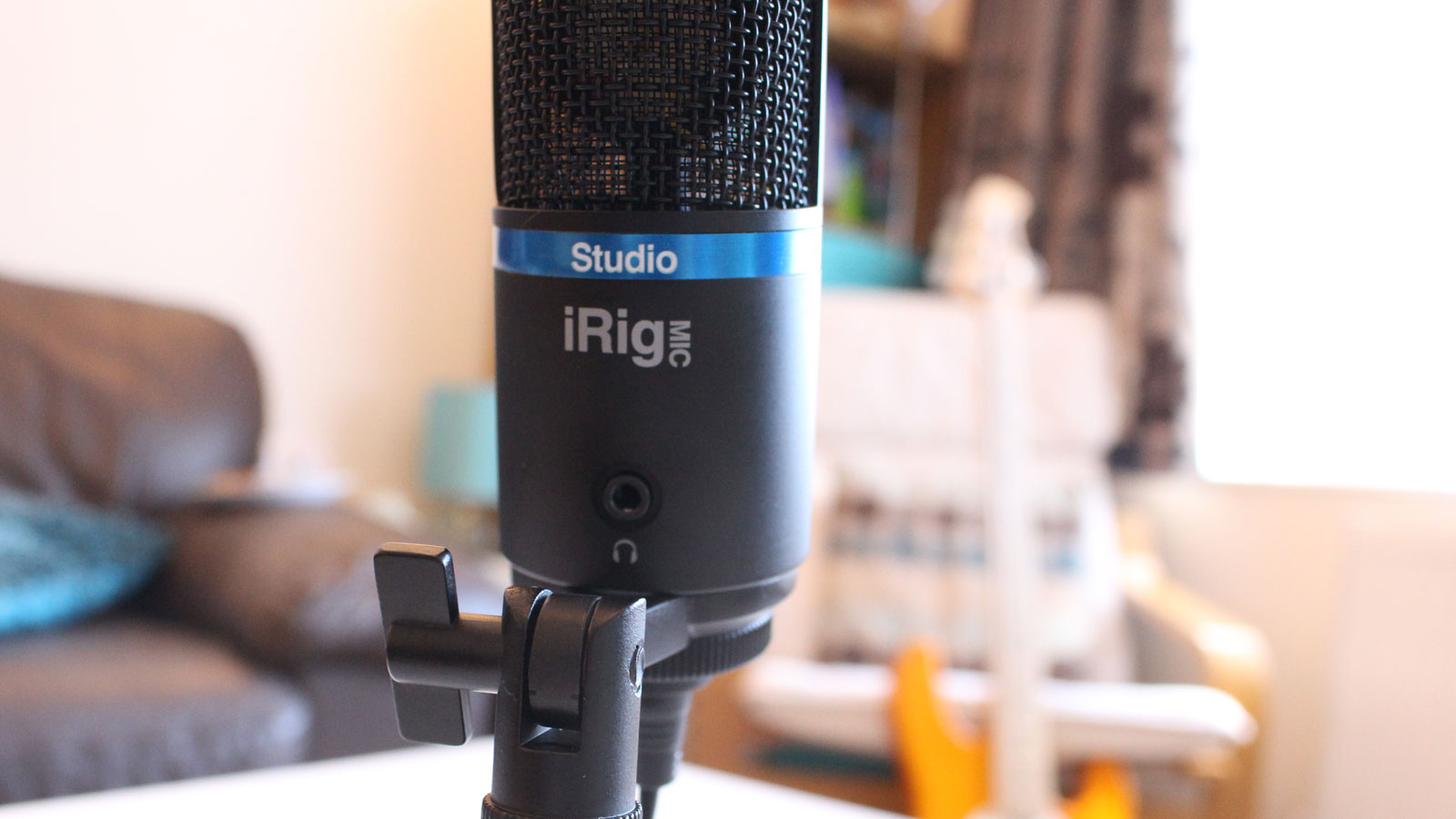 When comparing the iRig Mic Studio with our iPhone 5S’s microphone we noticed a big difference. The iRig Mic Studio has a 24-bit audiophile-grade A/D converter (with 44.1/48 kHz sample rate) and a built-in low-noise high-definition preamp giving it a far clearer sound because it captures those high and low frequencies missing from the phone’s built-in microphone, giving the bass more of a punch and crisper treble.

One of the biggest advantages of the iRig Mic Studio is you can be a comfortable distance away from the microphone in comparison to how closely you have to speak into the iPhone’s mic to avoid any unwanted hiss when the gain is increased. This makes the Studio a better microphone for recording podcasts and doing interviews when there are a few people talking.