We’re not entirely sure what Alcatel OneTouch was thinking when it designed this smartwatch. In some ways it it looks like it could be quite good for a younger audience, with a bright and fun design, low price tag and durable build, and the emotions feature sounds like it’s perfect for teenagers until it tells you to Go Love and you realise what it’s implying. Nonetheless, it’s an interesting new approach to wearable tech and being compatible with both iPhones and Android devices means it’s available to a broad audience. We’ll bring you a full review of the OneTouch Go Watch when we’ve been able to spend more time with it back in the PC Advisor labs.

The Alcatel OneTouch Go Watch is an unusual smartwatch to say the least. We’re certain how much of a good thing that is, because some of its features are completely bizarre, but it sure did make us laugh. Find out why in our Go Watch hands-on review. See also: Best smartwatches 2015

Alcatel OneTouch hasn’t announced UK pricing information for the OneTouch Go Watch yet, but it’s set to be around 129 Euros so you can expect it to be pretty cheap. The slightly more premium Alcatel OneTouch Watch is only £99 so that should give you some idea of how low the price tag will be. It’ll hit the shelves at some point in November, but there’s no exact release date just yet. 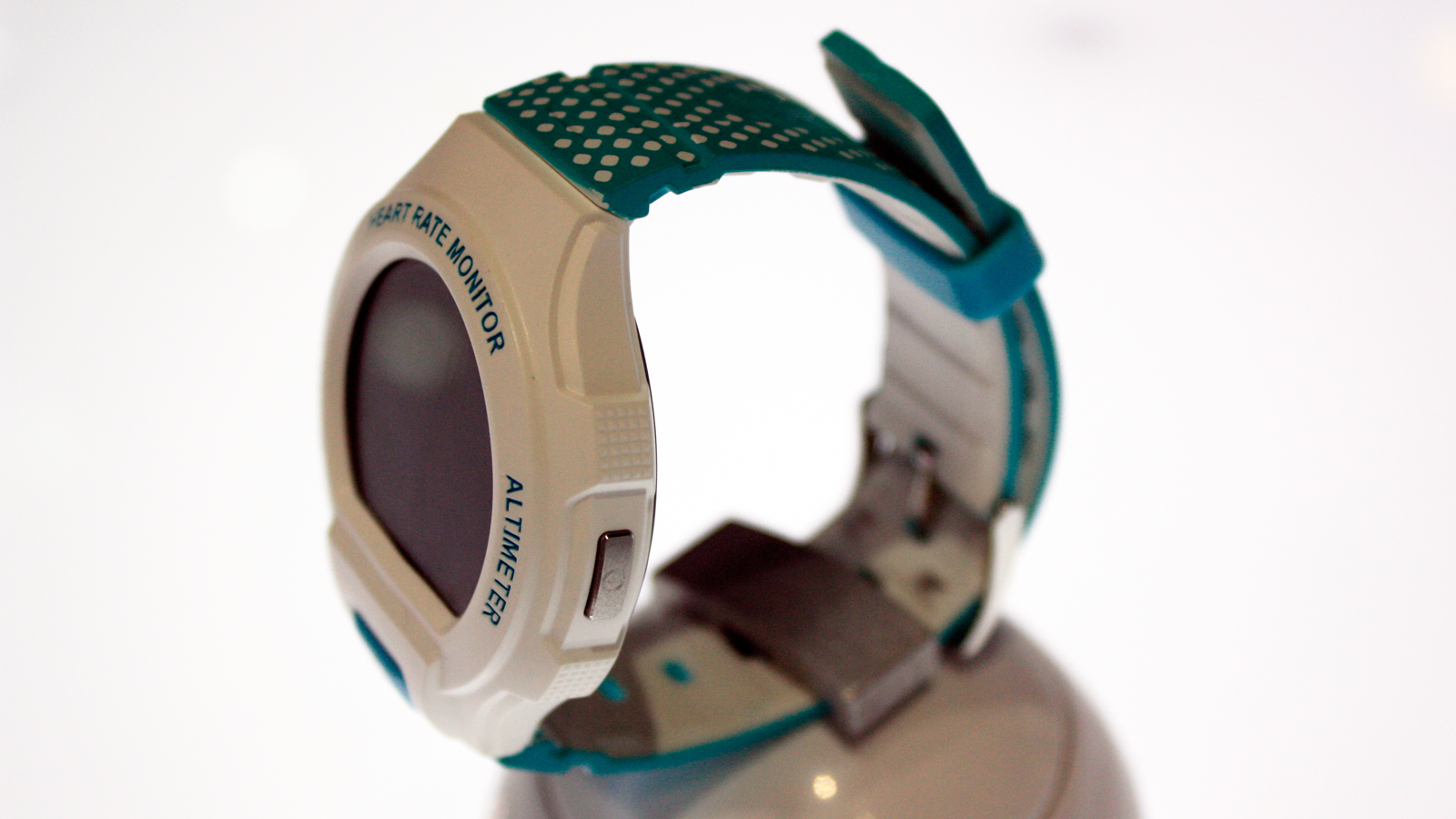 As you may have already noticed, the Alcatel OneTouch Go Watch doesn’t look much like any of the smartwatches we’ve seen so far. It’s styled a bit like the G Shock and Baby-G watches, but comes complete with a full-colour touchscreen and Bluetooth connectivity for pairing with a smartphone.

It’s designed to be durable, with dust and water resistance and an overall sturdy build, but that does meant that it’s pretty bulky on the wrist, to say the least. That said, it’s fun and colourful, and during our testing it felt comfortable to wear and not particularly heavy as it’s made with plastic.

Alcatel offers lots of different colour options for the Go Watch, and it’s completely customisable for any colour combination you fancy.

The OneTouch Go Watch is cheap, and it looks reasonably cheap, too, but it does come with a surprising number of features that make it a pretty decent smartwatch overall, particularly at a sub-£100 price point. 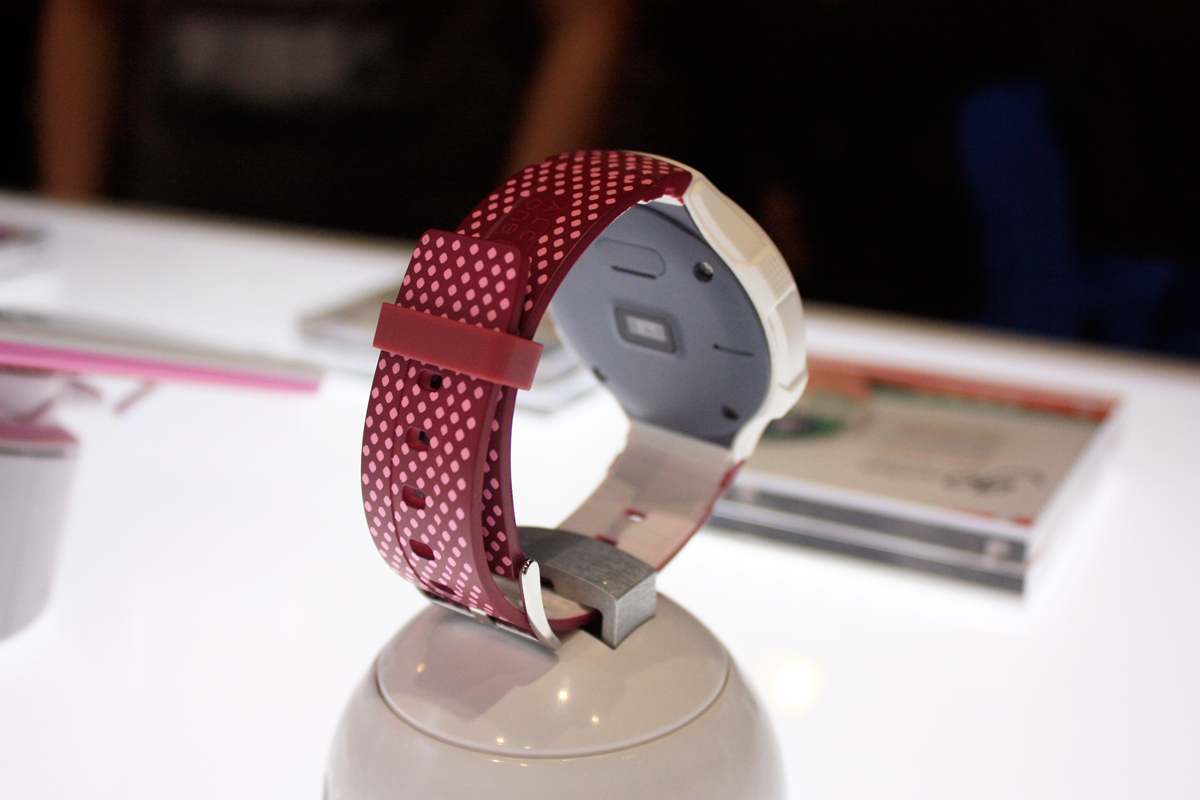 There’s a number of sensors including a heart-rate monitor, accelerometer, gyroscope, pedometer and more that enable the watch to track distance, steps, calories burned, sleep and more. It can also be used to track specific workouts – you can tell it that you’re heading out for a run, for example, and it’ll track that run accordingly.

There are apps that’ll show you the weather forecast, you’ll be able to see your notifications when you get a text message or social media interaction, and you’ll also know if someone’s calling you thanks to haptic feedback.

Additionally, you’ll be able to use the watch as a remote shutter button to take a photo from your phone.

Alcatel says that the watch should last for two to five days one one charge, which is a pretty broad figure so we’ll have to wait until we get one back to our labs for further testing. It charges via micro-USB. 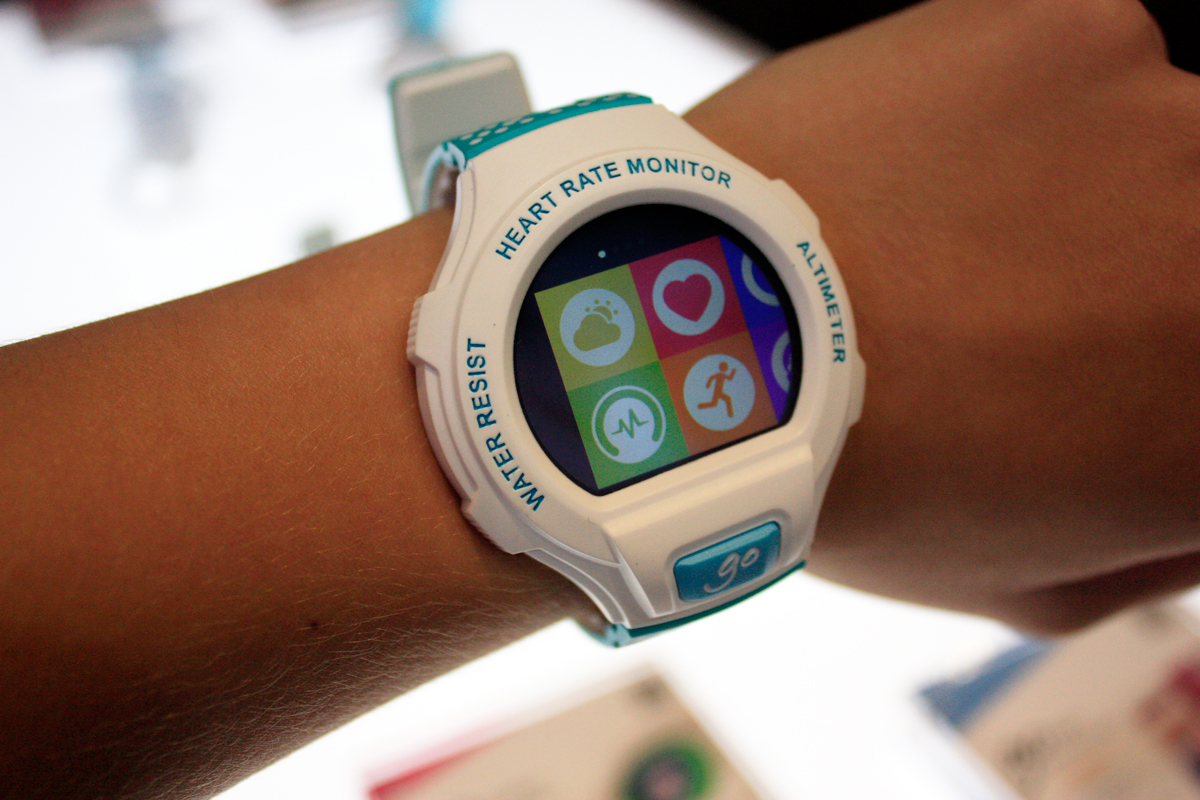 You can use the Go Watch with your Android or iOS smartphone, because it runs Alcatel’s own software rather than Android Wear as many rival smartwatches now do. We quite like the software – it matches with the colourful, playful design of the watch itself, and it’s easy to use with a swipe down for access to a side-scrollable list of icons representing each different feature, and a swipe up for access to notifications.

Here’s where things get weird, though. One of the key features that Alcatel OneTouch is promoting for this smartwatch is a feature that the company claims lets you ‘hack’ your emotions. Essentially, it’s a mood ring of sorts. You know the kind that changes colour depending on the temperature of your skin and that colour apparently represents the emotion you’re feeling right now. Well the Alcatel OneTouch does the same thing, but uses your pulse to decide instead. Results include Go Jam, Go Jump, Go Scream, and most bizarre of all Go Love, which judging by the illustration that accompanies it means exactly what you think it means. 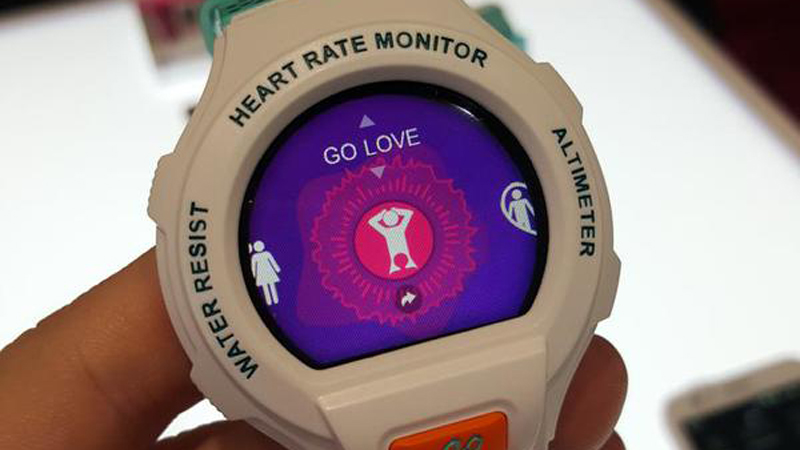 That emotion can be shared or set as your wallpaper should you so desire. We told you it was weird, right?