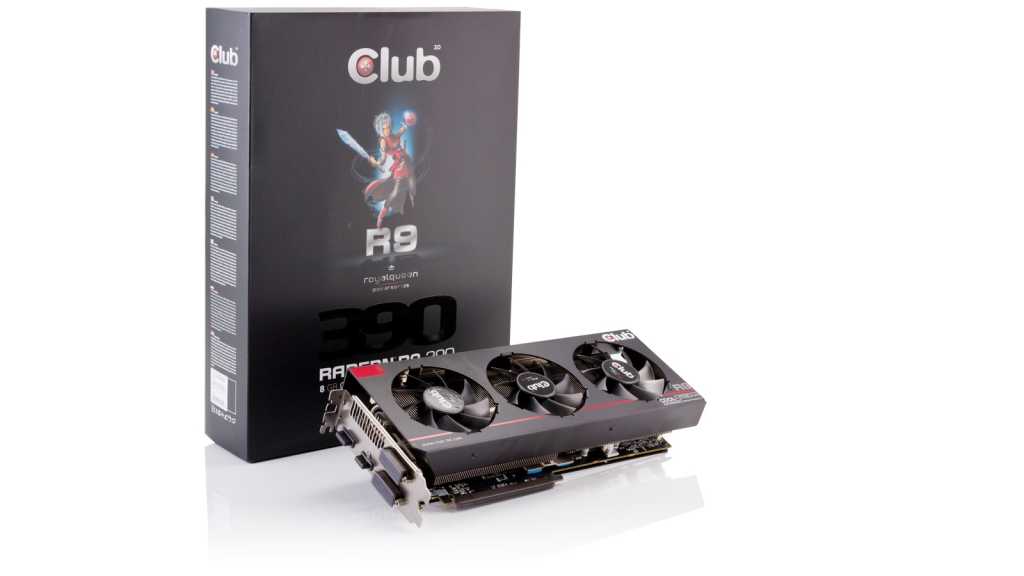 Noise issues aside, the Club 3D Radeon R9 390 royalQueen makes a great choice for a first enthusiast-level system. It also serves at a convenient drop-in performance boost when teamed up with an existing AMD card, even from the previous generation. Give, the low price, it probably makes more sense to buy one of these than to step up to a Radeon R9 390X.

Launched as AMD’s answer to the phenomenally popular Nvidia GeForce GTX 970, the Radeon R9 390  graphics card is a serious challenger offering excellent bang for the buck as well as double the amount of RAM. See also: What’s the best graphics card?

The Radeon R9 390 is an upgraded version of the previous R9 290 offering great value for money for those on a budget. Despite Club 3D’s marketing blurb, you’ll probably be wise to avoid trying to play games at 4K resolution, but you should be able to play all the latest games at 1920×1080 and above with decent quality settings. Pushing the previous GPU harder does come at a cost – power consumption and temperatures can tend to run rather high.

This example from Club 3D, the Radeon R9 390 royalQueen, has been pre-overclocked from the standard core speed of 1000MHz to a why-did-they-even-bother 1010MHz, while the memory speed has been left at the standard 1500MHz. The card is cooled by a large heat sink, fitted with three fans – which we’ll discuss more later. 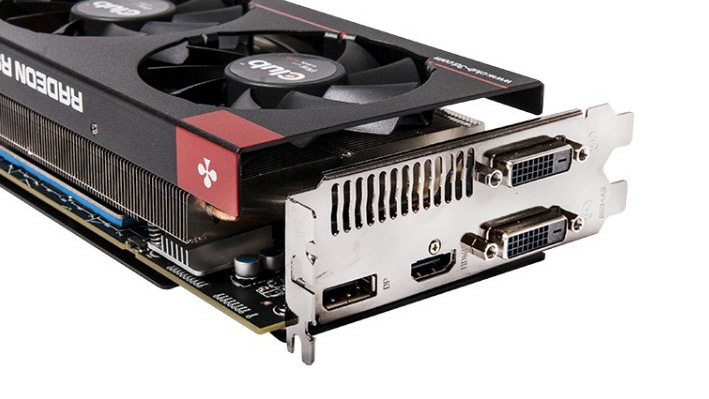 At under £300, the Club 3D Radeon R9 390 royalQueen offers understandably lower performance when compared to cards costing more than double the price. That’s not to say it’s a poor performer, far from it, it’s just up against much tougher competition here. We actually think you’re getting a great deal of performance, and very close to the price/performance ratio sweet spot. Our tests often recorded average frame rates in excess of 60fps at 2560×1440 and, yes, occasionally at 4K, proving the Radeon R9 390 royalQueen to be a very capable card at this price.

However, despite its relatively modest (among top-end cards) gaming performance, the Club3D Radeon R9 390 royalQueen proved to be one of the loudest.

Under FurMark stress testing, the three fans became progressively louder with each degree rise in temperature. The cooling was effective, keeping temperatures below 70 degrees Celsius, but this certainly isn’t a card you would select if you’re hoping for a quiet setup. This is mostly due to the inherently power-hungry nature of the Radeon R9 390 which is essentially a tweaked and overclocked version of an older technology pushed harder to gain extra speed. It may seem counter-intuitive, but most of the flagship graphics cards (such as the GTX 980 Ti) run much more quietly than this one.The cooler is also unusually deep, causing the card to be a little wider than normal and limiting access within the PC case.

If you fancy something a little faster, the most obvious potential upgrade to consider would be the Radeon R9 390X. Club 3D makes a royalQueen version of this too, but with a price premium of around £100 the extra performance you would gain is effectively negligible. It comes at no surprise that the XFX Radeon R9 390X Double Dissipation Core Edition, is available at highly discounted prices.

If you already own a PC with AMD graphics, then a Radeon R9 390 can make a particularly cost-effective upgrade as Radeon graphics cards can often work in tandem with previous GPU versions in a CrossFireX multi-card setup. So, if you already own a reasonably recent AMD graphics card and a compatible PC, there’s a good chance you’ll be able to leave it right where it is and simply plug in the Club 3D Radeon R9 390 royalQueen alongside it for a big boost in performance.

The Club 3D R9 390 royalQueen OC 8GB Edition lacks most of the bells and whistles found on premium cards, but offers excellent performance for it’s low price. Just watch out for the fan noise and be sure to provide adequate cooling.