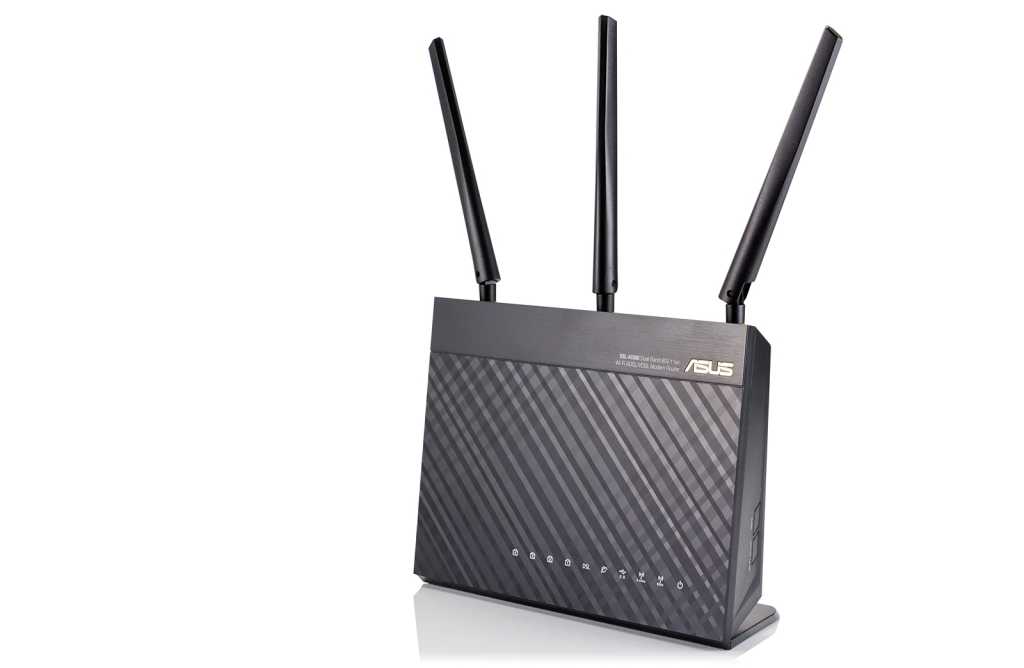 The Asus DSL-AC68U is a great 802.11ac modem router, with excellent software and decent performance at a reasonable price.

Asus sells a number of 802.11ac routers, each offering a slightly different set of features. The DSL-AC68U is the company’s 3×3 MIMO (Multiple Input Multiple Output) model, which supports speeds up to 1300Mbit/s over 802.11ac and has a built-in VDSL/ADSL2+ modem. It looks identical to Asus’ RT-AC68U – a black box with a ‘chequerboard’ cover and three giant antennas protruding from the top. See also: Best routers you can buy in 2015

The AC68U supports 600Mbit/s 802.11n speeds thanks to Broadcom’s TurboQAM feature, but it’s unlikely you’ll see the benefits, since without a TurboQAM-compliant adaptor in your client PC, of which there are very few on the market,  you’ll be limited to the usual 450Mbit/s. It could be a good feature for future-proofing if laptops start to favour adaptors with TurboQAM support, but many have Intel radios. 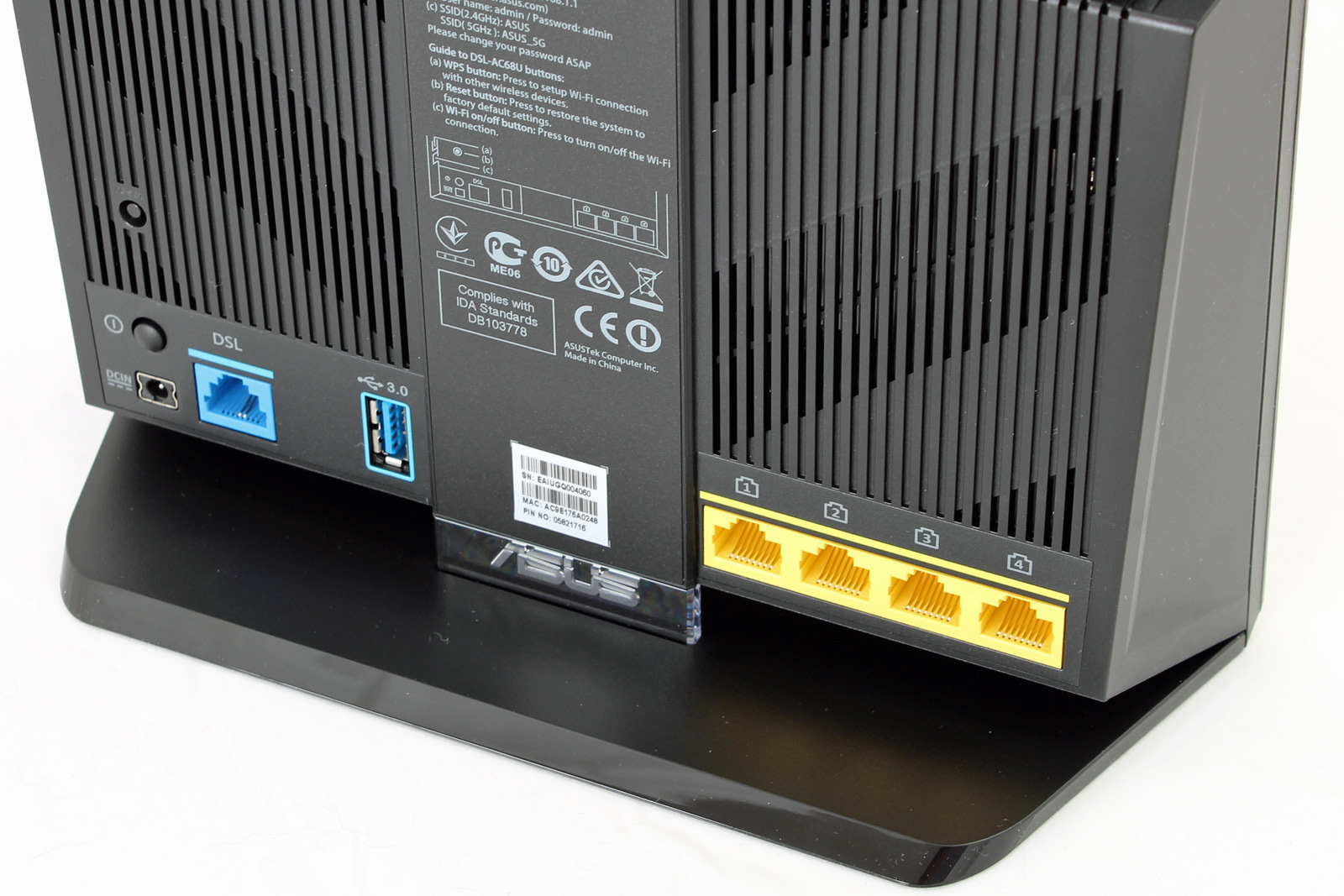 There’s a single USB 3.0 port for external storage or printer connections, while inside is a dual-core processor. The killer feature – for us – is the Asus WRT onboard software, which makes the DSL-AC68U stand out from its competitors. It’s fast and responsive, easy to use and full of useful features, some of which aren’t offered by any other router. If you like to tweak your router settings and check which devices are connected, you’ll love it.

For starters, Asus has struck the right balance of usability and advanced features. The front page greets you with a clear overview of the status of your network, allowing you to quickly see which devices are connected: your WAN IP, wireless networks, and so on. A notification system in the upper-right corner indicates when a firmware update is available, or reminds you to change the default login password, with a clickable link that takes you to the right setting to adjust it.

The rest of the router settings are then easy to find via a clearly labelled menu on the left, and if you need to adjust more advanced settings, a set of tabs at the top keep these hidden away. If you need more help, a link to the full manual is provided at the bottom of every page. 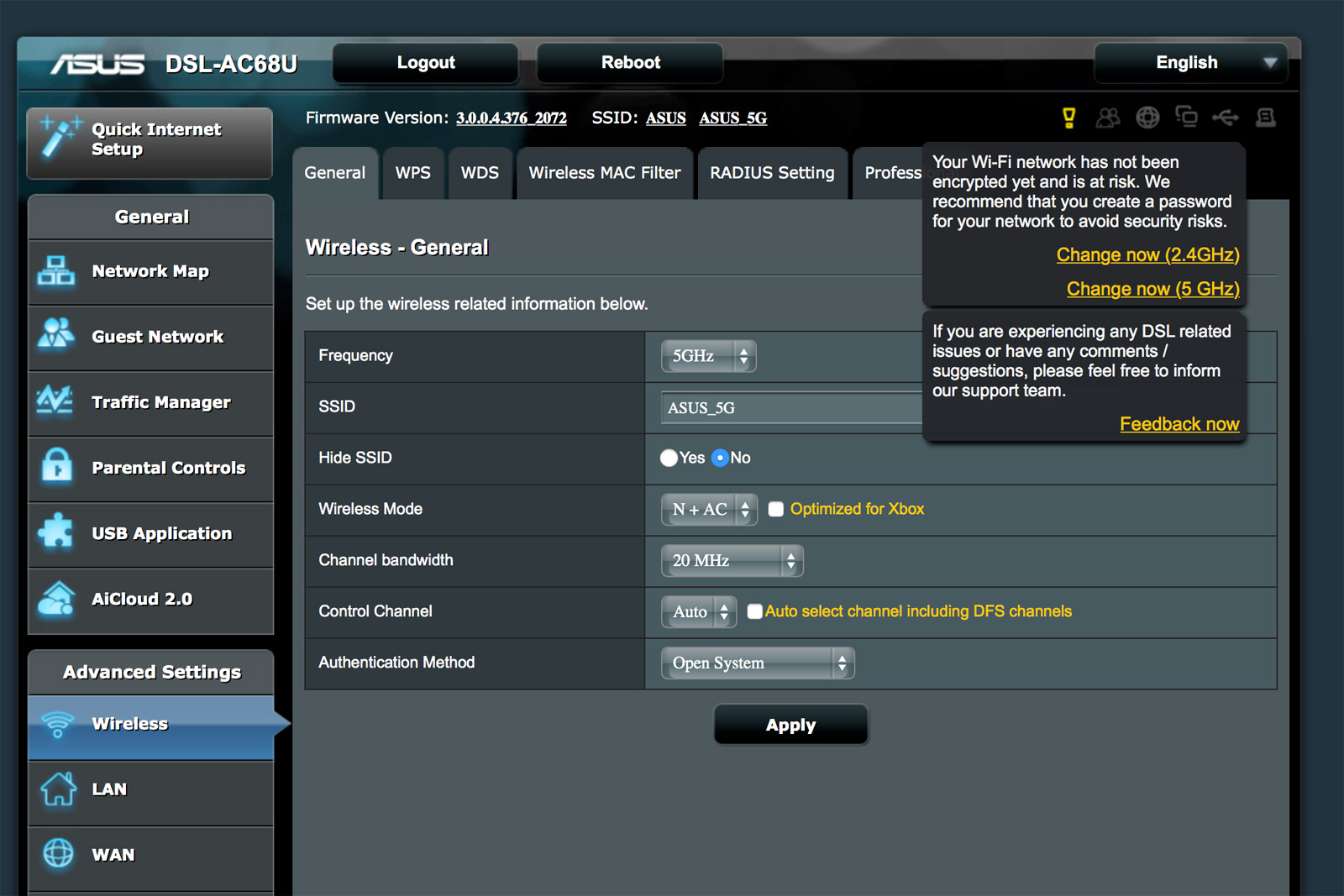 It’s also worth mentioning the Download Master software, which works when USB storage is attached. It’s similar to how standalone NAS devices let you queue torrent files, so you can leave them to download without leaving your PC being switched on. It’s great that Asus has thought to include this in the AC68U as well.

The DSL-AC68U performed well in our tests, almost hitting average speeds of 600Mbit/s at short range over 802.11ac. Its 802.11n performance is also good, especially over 5GHz at long distance. That said, it didn’t top our performance charts. The  AVM Fritz!Box 3490 and TP-Link Archer VR900 both performed slightly faster at both short range and longer distance. However, you’re unlikely to be disappointed by the wireless performance of the DSL?AC68U.