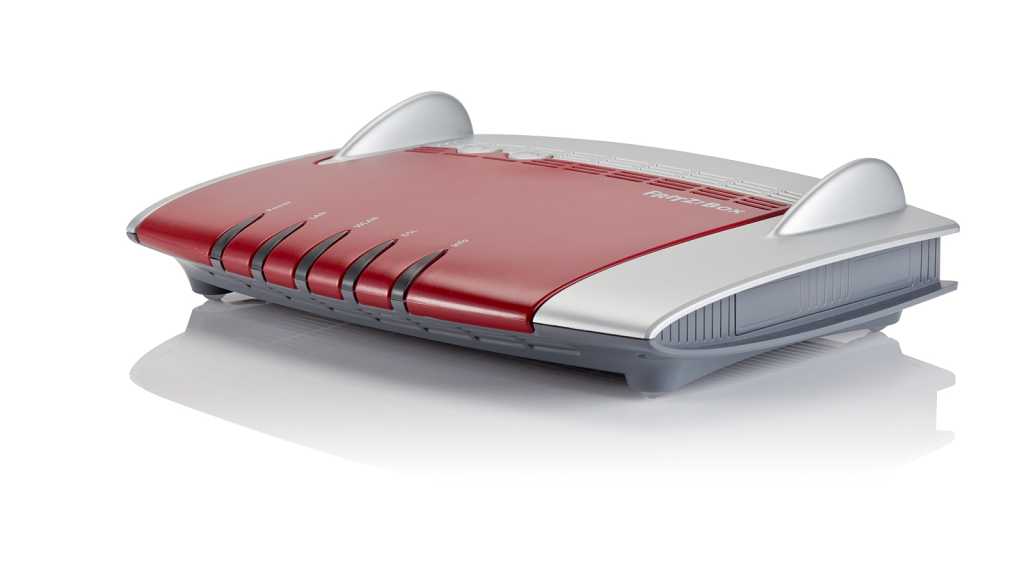 Put it all together and the AVM Fritz!Box 3490 is a very strong offering. Great performance, great software, a good range of features and plenty of room for expansion with external storage. A winning combination.

The Fritz!Box 3490 sits right in the middle of AVM’s product line?up, as a triple-stream 3×3 MIMO router, with a built-in ADSL/VDSL modem. It lacks the digital telephony features of the more expensive 7490 model, but pretty much everything else is the same. See also: Best routers you can buy in 2015

Update 23 September: There are different versions of the 3490 for different regions. To avoid ending up with the wrong model, confirm with the seller that you are getting model number 2000 2718. This is the UK Edition and comes with a UK manual, CD, power supply and RJ45-to-RJ11 cable.

The router has a red and silver chassis that sits horizontally, with the antennas hidden underneath fins on the top, which give a streamlined look. We can’t think of any other bright red networking product: it’s the signature design for AVM, as every Fritz!Box looks almost identical.

Two circular buttons on top are used to toggle the wireless LAN and for easy setup via WPS. There are also five LEDs at the front to indicate the status of various aspects of the 3490. The last one, called ‘info’, can be customised to flash depending on certain events, such as connecting a USB device.

AVM has put considerable effort into reducing the power consumption of the 3490. The options for low-power ethernet and wireless modes are in addition to the generally low overall power consumption we measured – just 4.8W. This is under half the amount consumed by other routers we’ve tested, and a potentially important consideration for a device that most people will leave running all the time.

The 3490 has two USB 3.0 ports, a single DSL socket and four ethernet ports. By default, these are set to power-saving mode, and run only at speeds of 100Mb/s rather than gigabit, a setting that you’ll have to change in the software.

The DSL socket is an RJ45 port – the same as the LAN ports – but the UK Edition comes with an RJ45-to-RJ11 cable that plugs into the RJ11 socket on your wall. 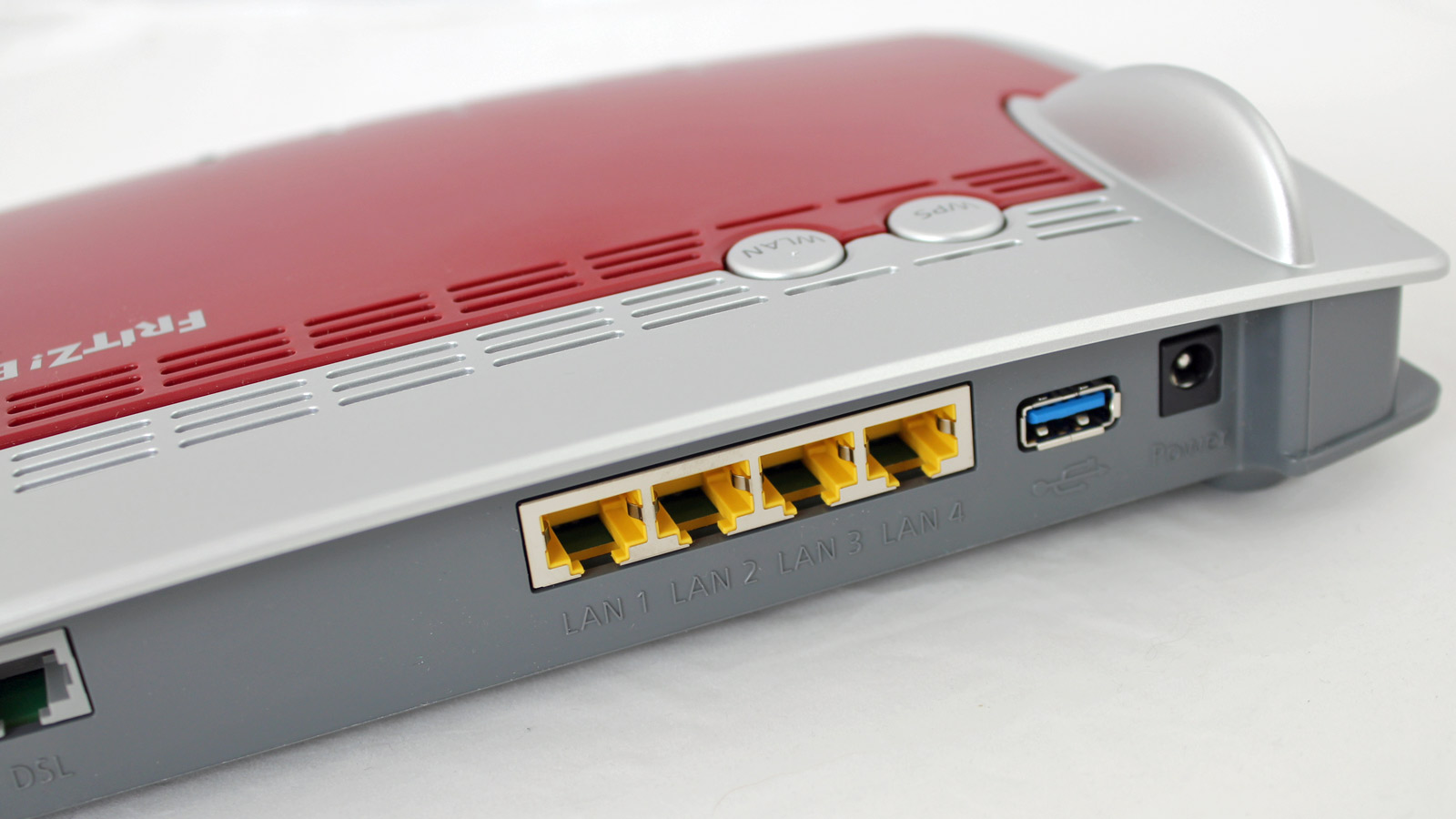 AVM was one of the first companies to treat its software as an integral part of the product rather than an afterthought, which seemed to be the case with the majority of networking hardware in the past. Other router manufacturers have now caught up and put considerably more effort into their software design, but AVM’s Fritz! OS software is still impressive.

The overall software design is excellent. The router setup process is straightforward and logical, and there are some nifty extra features. For example, the router scans for nearby wireless networks, so you can choose a channel that is less congested. Although it doesn’t cater for the least technical users possible, as the TalkTalk Super Router and BT Home Hub do, the 3490 is still intuitive to set up. 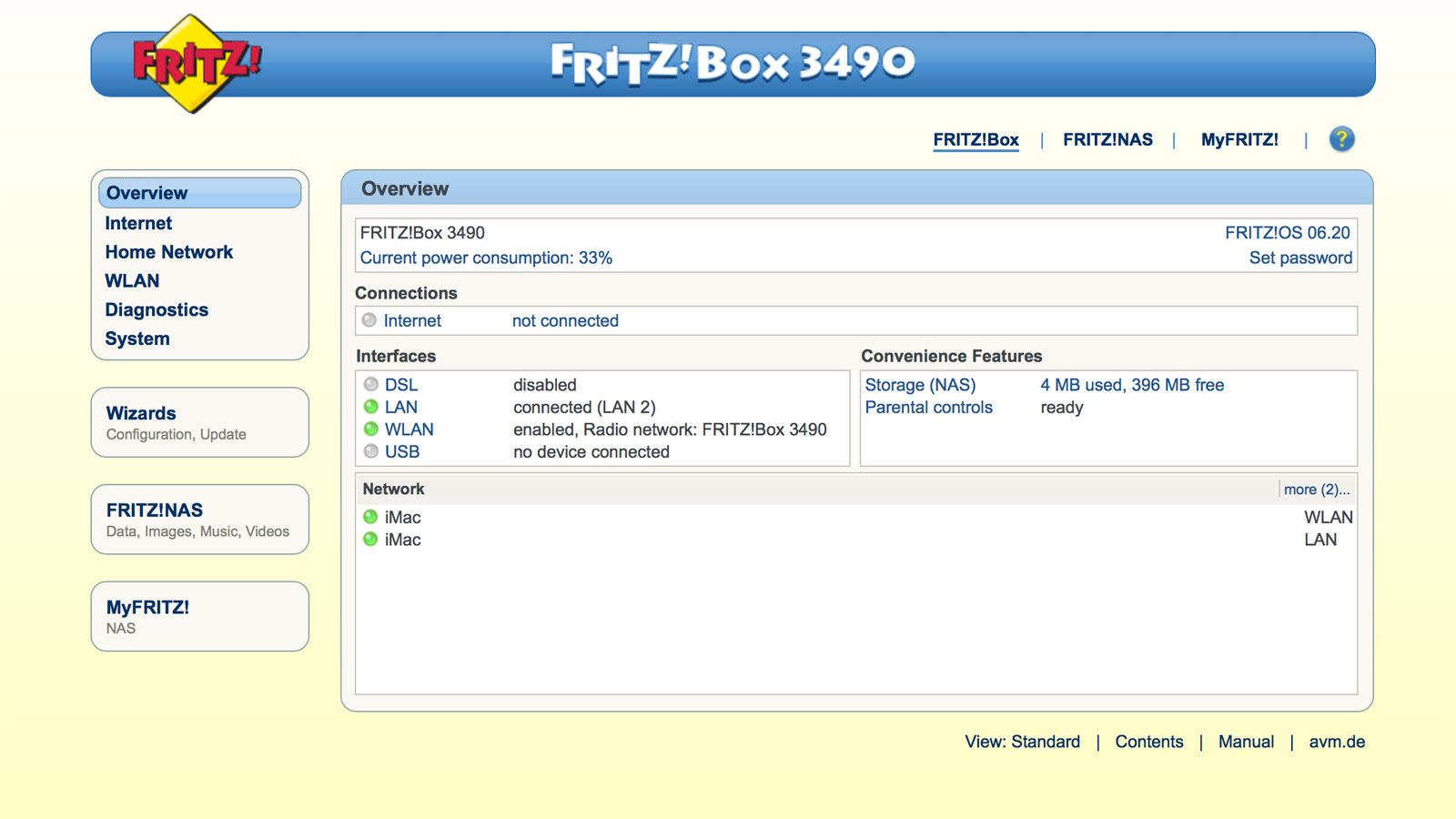 With previous AVM Fritz!Box routers, we’ve found that wireless performance has slightly let them down. This isn’t the case with the 3490 though, which delivers blisteringly quick wireless speeds. Breaking 600Mbit/s average speeds over short-range 802.11ac and 130Mbit/s over 802.11n propels it to second place in the overall performance charts.

AVM has also put considerable effort into reducing the power consumption of the 3490. The options for low-power ethernet and wireless modes are in addition to the generally low overall power consumption we measured – just 4.8W. This is under half the amount used by the other routers we’ve tested in this group test, and a potentially important consideration for a device that most people will leave running all the time.