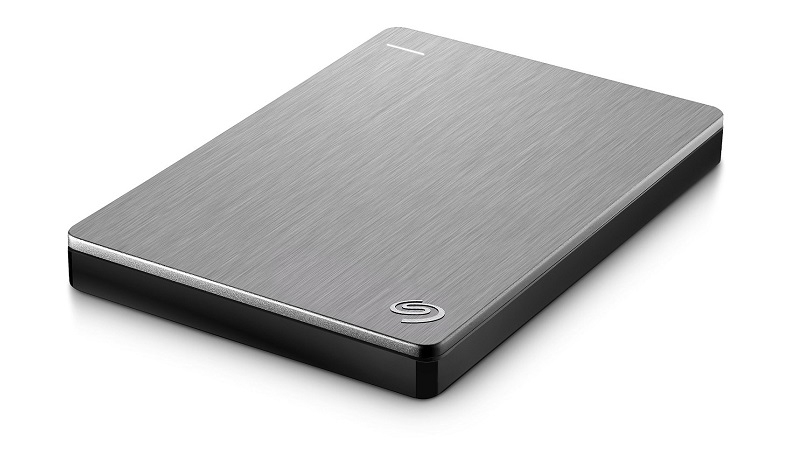 The Seagate Backup Plus Slim is a well-rounded portable hard drive which offers good value for money, design and speed. PC and Mac compatibility out-of-the-box is a decent feature and the Seagate Dashboard software is easy to use offering PC, mobile and social backup. There’s very little to dislike here.

Seagate remains one of the biggest names in storage and even with the rise of cloud storage, there’s still call for a reliable portable hard drive. Here’s our Seagate Backup Plus Slim 2TB review.

As with many hard drives, the Backup Slim is available in a range of capacities so you can choose from 500GB, 1TB, 2TB and a rather large 4TB. We tested the 2TB model which is available from eBuyer for £74.

An obvious advantage is that the Backup Plus Slim is a very portable drive which will happily travel around with you in a bag or even your pocket. It’s just 12.1mm thick and 140g. You can get it in a range of colours: blue, red, black and silver. We like the stylish metal cover on the top with a brushed finish and a slightly raised logo in the corner.

There’s also a thin slit housing an LED but there are no physical buttons for backup so you’ll need to use the provided software. Our only real gripes with the design and build are that the drive could do with some feet on the bottom to stop it sliding around and the supplied cable is pretty short at 45cm. 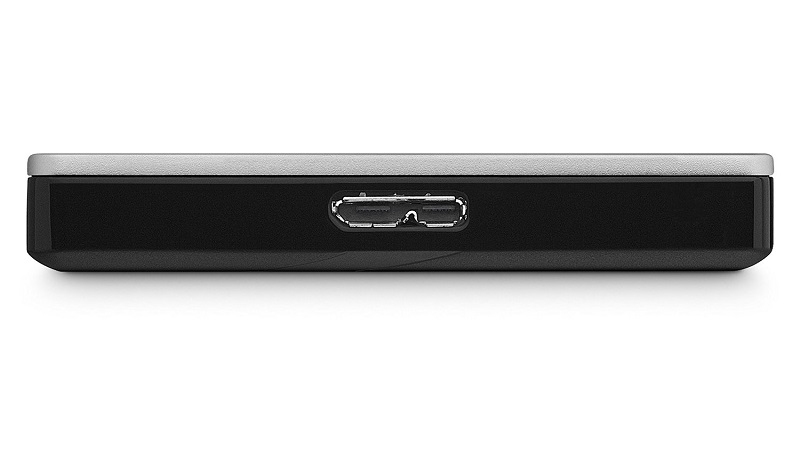 For starters, a great out-of-the-box feature of the Backup Plus Slim is that it’s compatible with both PC and Mac. You can just plug it in and away you go since the NTFS driver for Mac is pre-loaded on drive.

Also pre-loaded onto the drive is the Seagate Dashboard software and it’s here that you can back-up the files on your computer. You can use the predefined ‘Protect Now’ button or setup your own plan to select which folders are backed up and when.

You can also backup content from your mobile device to the drive (and the cloud if you wish) provided you use the available Seagate Backup app for iOS or Android. You can select what content you want to backup using the app including media, contacts, call logs and messages.

Interestingly you can also automatically save your social photos and videos from either Facebook or Flickr. Once you’ve approved access, it just works by putting everything in a folder on the drive called ‘My Online Documents’. 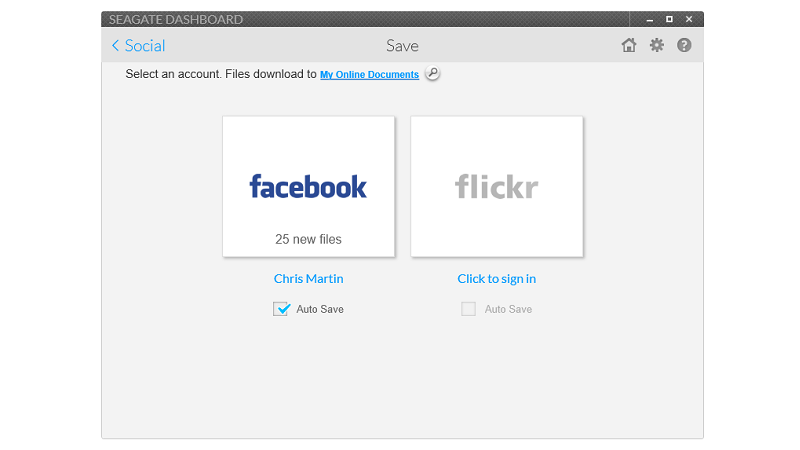 In our headline sequential speed tests of the near-empty disk, it could read and write at more than 142MB/s, which is faster than the impressive Transcend StoreJet 25M3. That well surpasses the 100-110MB/s we usually find with 5400rpm drives.

That’s all well and good for simple file transfers, but what about smaller files involved with backup? Well the Backup Plus Slim provided a common read speed of 0.45MB/s with an impressive 1.2MB/s write.

Those tests were all using USB 3.0 and when you look and how much the speeds drop if you switch to USB 2.0, you’ll know why you’ll want this drive plugged into a blue port. Sequential read and write speeds of just over 30MB/s are significantly slower.