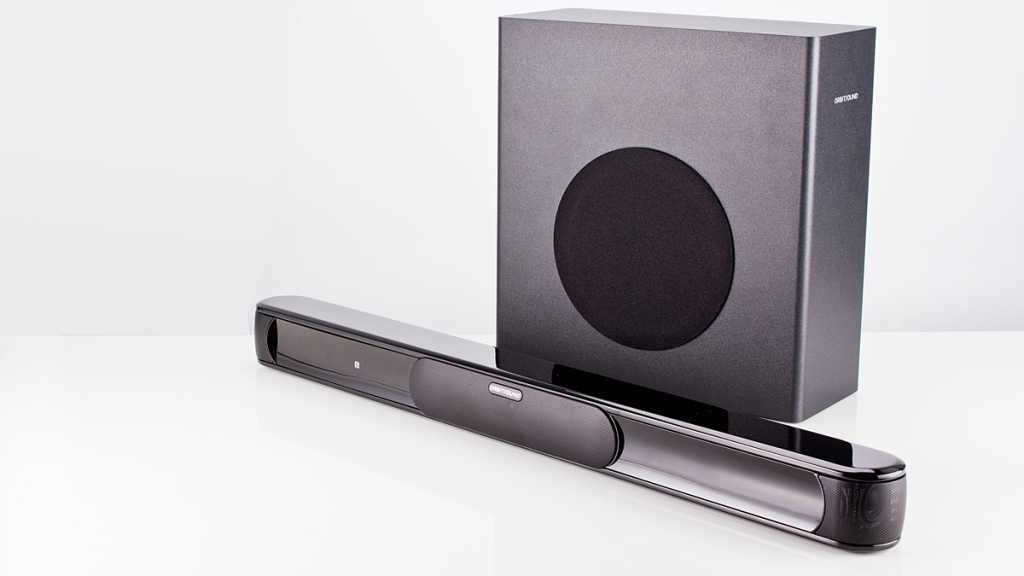 The A70 is well built, looks good, is easy to install and – on the whole – sounds great, especially considering its slim dimensions. It’s certainly not the cheapest soundbar you can buy, and you’ll probably find Orbitsound’s previous soundbars sound as good, albeit without the A70’s slim dimensions. Its ability to work as a wireless Bluetooth speaker is handy, and most people will be happy with the sound quality on offer.

Orbitsound may not be as familiar as the biggest names in speakers and soundbars, but this is no reason to discount it. We’ve long appreciated the British company’s focus on sound quality over frills, but the new A70 airSound adds those as well in a great package.

The last Orbitsound speaker we reviewed was the SB60 airSound Base: a large ‘soundbase’ which sits under your TV and incorporates a subwoofer rather than being a thin bar which can be mounted on the wall or sit in front of your screen.

The A70 airSound follows the more traditional bar-plus-separate-sub formula, but retains the signature side-firing speakers which create the immersive sound we’ve come to know and love from Orbitsound products.

The speaker bar measures 750x65x74mm so it’s slim enough to mount unobtrusively beneath your TV on the wall, or simply place in front of it on a TV bench. The enclosure is wooden, and the piano black paint is hand polished to a glossy finish. It’s longer, lighter and slimmer than previous Orbitsound soundbars, such as the M12. 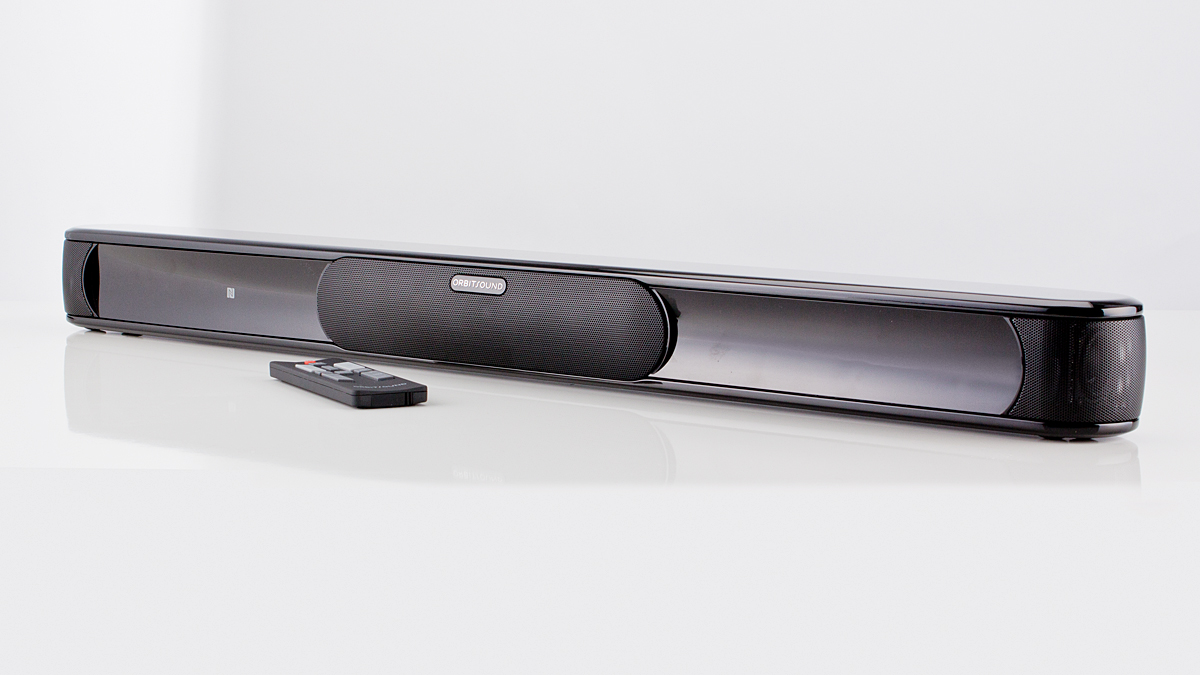 Inside are five speakers, three forming an array at the front and two at the sides. What’s interesting is that Orbitsound has paired a traditional analogue crossover with a digital amplifier for the front speakers. This produces a warm, yet crisply defined sound – we’ll get to sound quality below.

The side-firing ‘airSound’ speakers are driven digitally and combined with the subwoofer give a 300W total output. The side speakers play and out-of-phase stereo signal and this helps to give the impression of sound all around you, rather than coming from a particular spot.

The 6.25in sub communicates with the bar wirelessly, requiring only a power cable. It’s a pretty compact unit, but weighs a reassuringly hefty 8kg.

On the back of the soundbar, you’ll find a just a pair of inputs: TOSLINK optical, analogue 3.5mm minijack and a USB port which is for firmware updates, or just charging your phone. The port is recessed so it’s possible that dongles could be added in the future for extra functions. 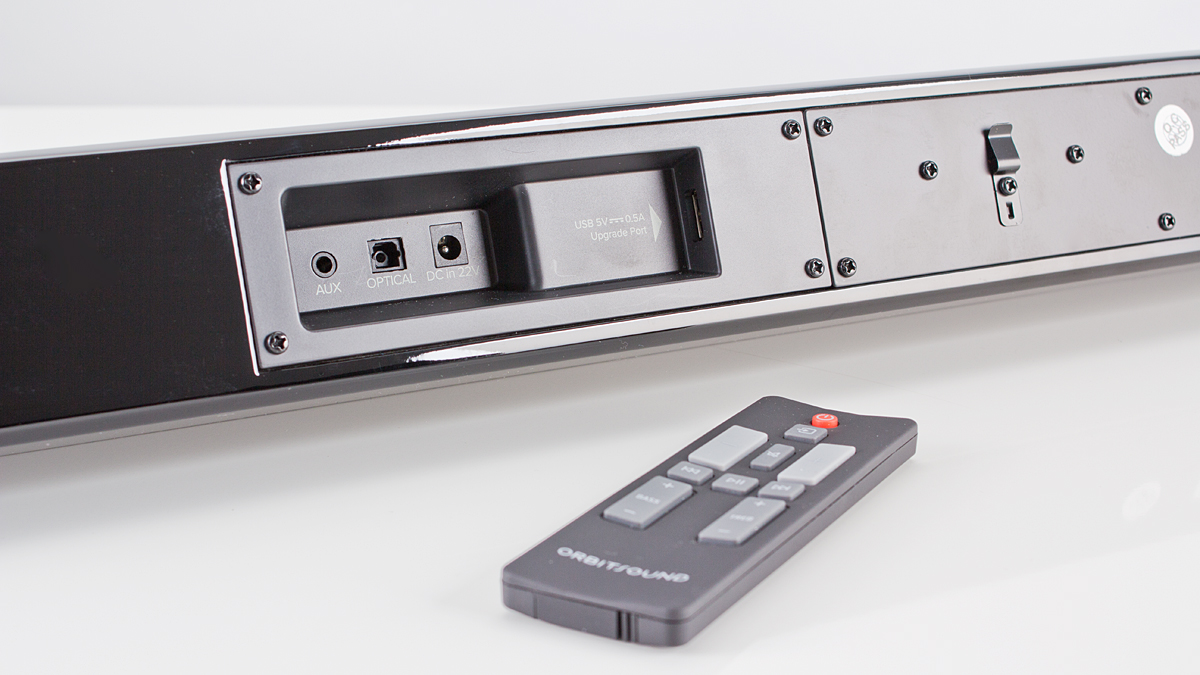 There’s no HDMI, but you shouldn’t need one as long as your TV has an optical output and can reroute the audio from its HDMI inputs to the optical output. Most can. An optical cable is included, and makes setup simple.

If you want to play music from your phone, the A70 also has built-in Bluetooth and supports apt-X for better quality streaming – if you have a phone that’s compatible, of course. If you’re using an iPhone, you’ll have to live with

Unlike the SB60 with its single blue LED, the A70 has a much more informative display. On the left is a touch-sensitive strip of light-up controls for power, input selection and volume. There’s also NFC so you can touch your Android phone and have it pair with soundbar. 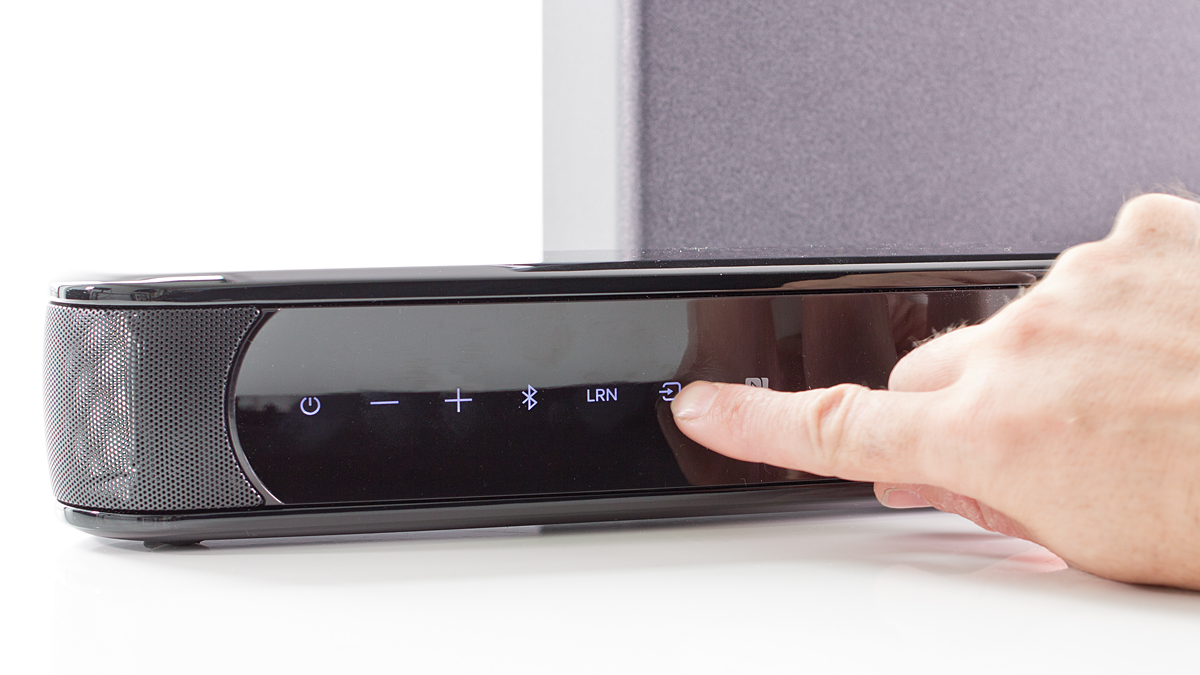 On the right is a second display showing volume level. The same dotted scale lets you see how much bass or treble addition or reduction you’ve applied. You can also see which input is selected, if there’s a problem with the subwoofer’s Bluetooth connection and when a Bluetooth audio device is connected. If we’re being picky, both displays could be brighter (there’s no way to adjust brightness), but it’s better to be dimmer and not too bright.

You get the same updated remote that now comes with the SB60. It’s a simple remote which has mute, input, bass, treble and volume buttons. The A70 can also learn from your TV remote, so you can use that to control the soundbar’s volume. It works with Sony, LG and Samsung TVs, but currently not Panasonic. You could alternatively try using the volume button on another compatible remote control, such as your DVD player, Hi-Fi amp, Sky or Freeview box.

The A70 is designed primarily to enhance your TV’s audio, providing clearer dialogue as well as much better bass. It does this with ease. If this is your first soundbar, you’ll wonder why you lived with poor-quality sound from your TV for so long.

The front-mounted tweeters are perfect for voices, and mean you can hear dialogue more clearly even if there’s ambient music in the programme or film. And that incidental music sounds so much better than any flat-screen TV thanks mainly to the power of the subwoofer which delivers tight, focused bass. It’s not the most powerful around, but it’s more than enough to handle music and effects in movies and TV shows. 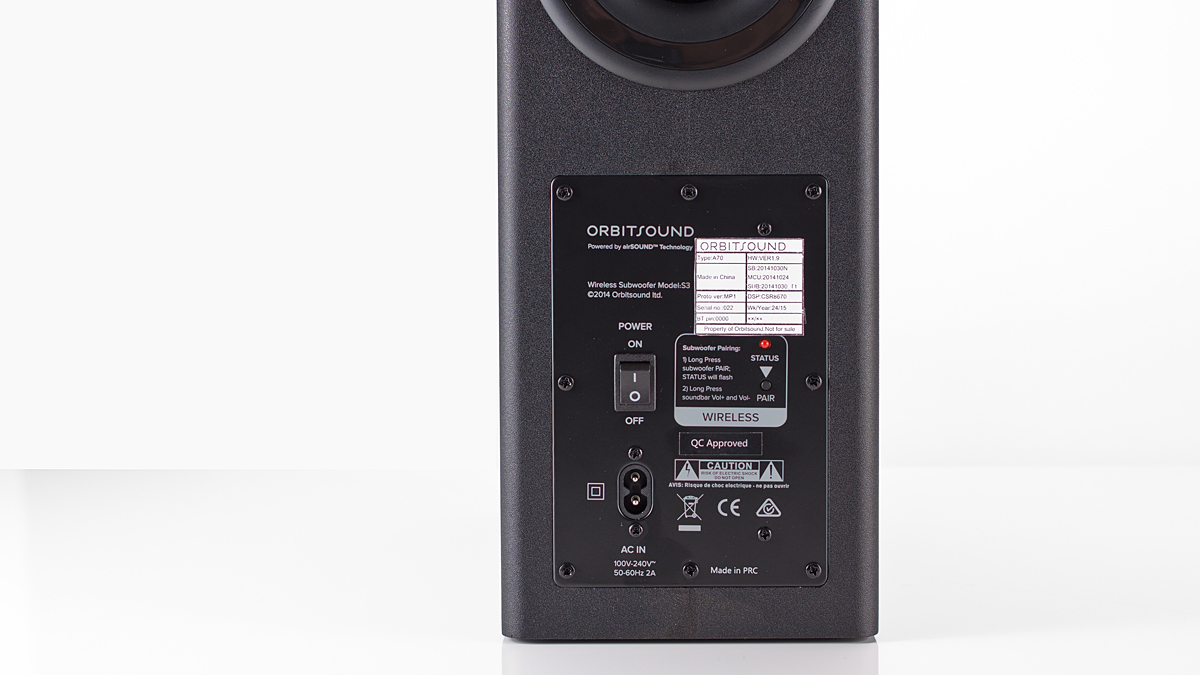 The side-firing tweeters give the impression of surround sound and really widen the soundstage, but when playing music via Bluetooth, it’s not so pronounced.

Via Bluetooth, the A70 again handles most things pretty well. You can play pop, jazz, classical and most other styles and be very happy with the volume and quality the soundbar can deliver.

It’s not so hot when it comes to rock or metal tracks where the lack of mid-range power makes guitars sound somewhat muted and flat. It must be said that we tested primarily with an iPhone which, as we’ve said, doesn’t support aptX.