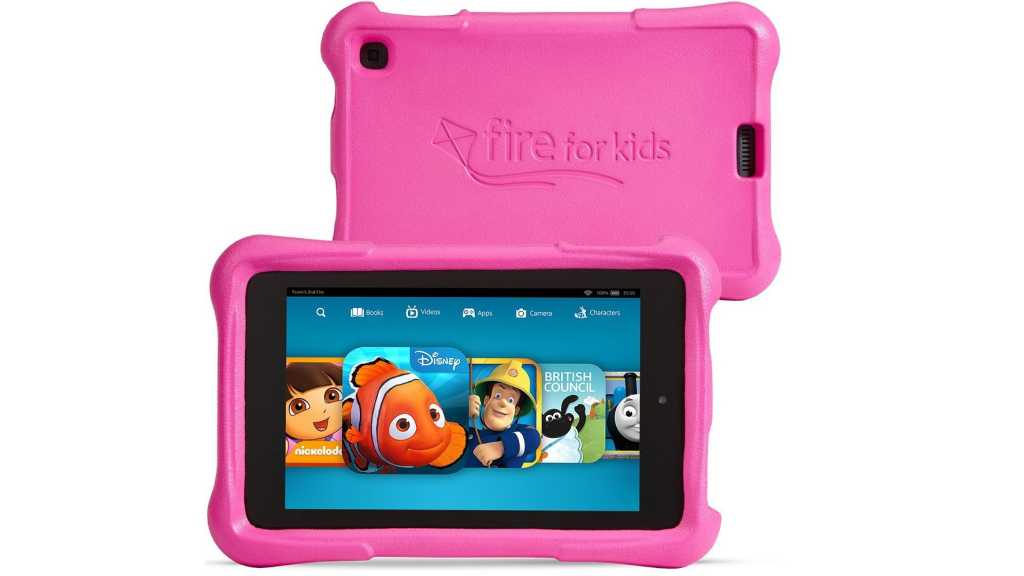 With no expandable storage we’d advise against buying the 8GB Fire HD 6 Kids Edition, especially now there’s a new, larger 7in version which costs only £99.99, has 16GB of storage and also lets you add a microSD card.

Note: this is a review of the old 6in Fire HD tablet. It is still on sale, but there’s a newer model with a 7in screen that’s called the  Amazon Fire Kids Edition (without the HD 6). For that review, please see our full Amazon Fire review (2015).

UPDATE 26 APRIL 2016: Amazon has now doubled the storage of the NEWER Fire Kids Edition to 16GB. This goes on sale on 28 April and costs the same as the older 8GB model: £99.99 from Amazon’s website.

What follows is the original review:

When we first saw the Fire HD 6 back in October 2014 we said it made a good kids’ tablet. This was partly down to the smaller size – a 6in screen – and the low price of £79, but also because the Freetime app meant you could restrict the apps, books and games that kids could access and the amount of time they could use the tablet each day. See also: Best kids’ tablets you can buy in 2015

Since then, Amazon has put together a subscription package which sees the app renamed Fire for Kids and gives them access to a wide selection of books, games, educational apps and videos as long as your subscription is valid. Also see: Best new tablets coming in 2016.

What the new Fire HD Kids Edition does is to bundle a Fire HD 6, a tough bumper case – in pink or blue – and a year’s subscription to Fire for Kids for £119. Plus, you get the peace of mind of a two-year warranty which covers accidental damage. As the box proclaims, “If they break it, we’ll replace it.”

This makes the Fire HD Kids Edition arguably the best kids’ tablet around.  Or certainly one of the best. There are cheaper options in the form of LeapFrog and Vtech’s ranges, and even Tesco’s Hudl 2 now costs £99 (or £114 if you buy the official bumper as well).

The snag with Amazon’s tablet is that the £119 price is for the 8GB model, which has around 5.5GB of usable storage. That’s nowhere near enough, as you can’t add extra capacity via microSD cards. If you opt for the 16GB version (essential if you’re going to buy a Fire HD Kids Edition) then you’ll pay £139.

The Hudl 2 has 16GB as standard and you can add a 64GB microSD card. But if your kids break the screen, a repair will cost at least as much as the price of the tablet, if not more. 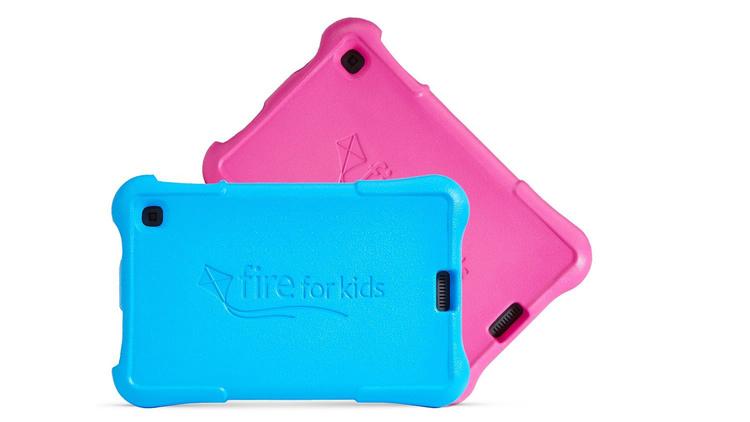 The Fire for Kids subscription lets you create up to four child profiles on the tablet. Although you enter their birth date, the content isn’t tailored to be age-appropriate like it is on a LeapFrog tablet (read our LeapPad Platinum review ).

Instead, each child sees the same selection which Amazon says is appropriate for kids from 3-10. That means each child will have to pick and choose what they want to read, watch or play from the selection available.

It’s relatively impressive, too. Games include plenty of Disney titles and there’s also some Toca Boca and Sago favourites along with lots of other independent apps and games. Some of the latest titles were missing – Toca City for one – but this is down to Toca Boca rather than Amazon. It’s good that there are no in-app purchases in any of the apps and games.

The book selection isn’t as good. Our seven-year old tester asked us to search for Horrid Henry, Famous Five, or books by Daisy Meadows and Holly Webb. None were found. There was an overwhelming number of books about cartoon characters including Sponge Bob and Shrek, and little of substance. There are some educational titles about animals, the human body and even World War II, but we’d like to see the library improve.

Fortunately you can block any content in Fire for Kids that you don’t want them to see, and it’s worth checking through before you let them see it for the first time.

There’s a reasonable variety of videos including Peppa Pig, Ben & Holly, Kipper, Pingu, Chuggington and even some classics that parents might remember: Cities of Gold and The Adventures of Huckleberry Finn and his friends. Blockbuster films are conspicuous by their absence, but it was nice to see The Gruffalo and Room on a Broom.

Surprisingly and annoyingly, there’s no facility to download any of these to watch offline for car journeys or holidays, so unless you have Wi-Fi, you have no videos.

If there’s a game, app or book not available in Fire For Kids unlimited, you can go back to a parent profile and get it from the Amazon store, then make it available in a certain kid’s profile.

Within the Fire for Kids app there’s a child-friendly camera app and a universal search which offers results for books, games, apps and videos in one list. There’s also a Characters section so kids can see content available per character. This doesn’t always work well: tap on the Gruffalo and you’ll see an app but not the video.

Bear in mind, too, that as this isn’t an Android tablet you won’t have the official YouTube app nor any other Google apps. When you’re not using the Fire for Kids app, the interface is the same as any Fire tablet. 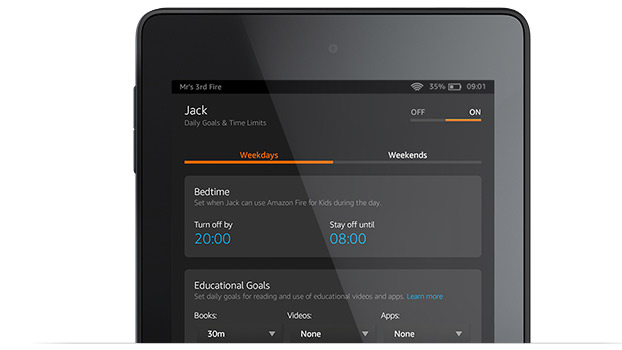 You can read our full  Fire HD 6 review to get the lowdown on specs, but suffice to say that kids will be perfectly happy with the screen resolution and quality. It could be brighter, though. The mono speaker is just about loud enough and the cameras adequate for the odd snap and video clip.

Performance is generally ok by today’s standards. We said it was “well above the level you’d expect at this price” a year ago, but other tablets have caught up and the price is considerably higher with the Kids Edition.

However, when the storage is nearly full (which is always on the 8GB model) there are regular slow-downs and a distinct lack of responsiveness. This is rarely an issue when playing a game, watching a video or reading a book, though: it’s mainly when navigating menus or returning to the home screen.

The bumper case adds 60g to the tablet’s 300g weight, but it’s light enough for kids to hold as they’ll tend to rest it on their lap anyway. Battery life is pretty good at roughly seven hours, but it’s putting it in flight mode if you know it’s not going to be used for a few days to prevent the battery draining.