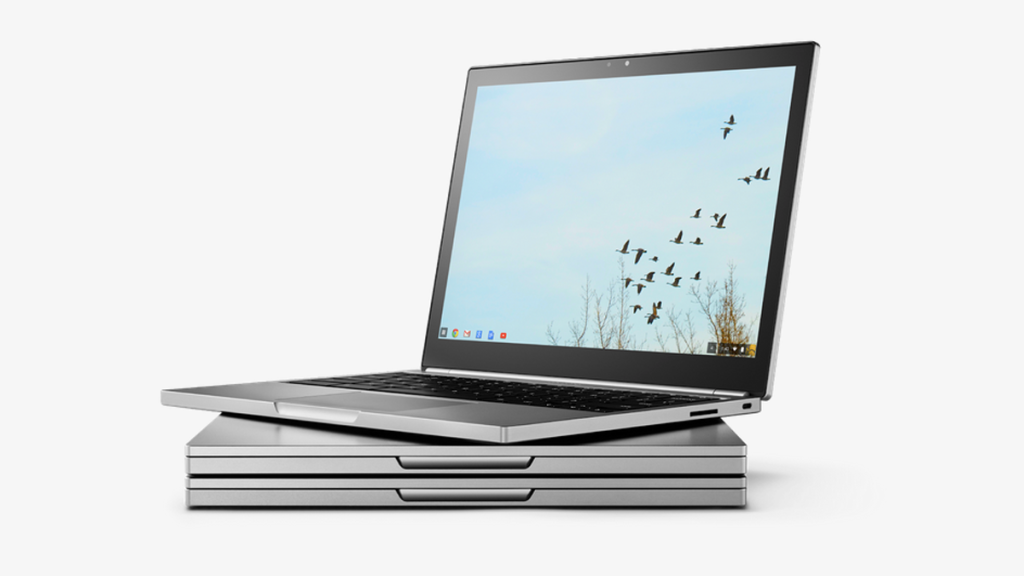 As we’ve stated in pretty much every Chromebook review, they’re not for everyone. Being tied to the web, and Google’s version of the web in particular, isn’t going to be ideal for some users. The same goes for those that want to edit video, record music, or play AAA games. Those users would be better served by a decent PC, which you could certainly buy for the same money as the new Pixel. But, and it’s a very big but, if you embrace the ideals of Chromebooks, and have the money to spare, the 2015 Pixel is a truly beguiling device that is a genuine pleasure to use. Do we want one? Unquestionably. Will we be buying one? Hmmmm.

Two years on from its first iteration, Google has updated the Chromebook Pixel, making an already impressive, best-in-class laptop an even more tempting machine. The price is still high, but if Chromebooks are your thing then this is as good as it gets. In this review we put the new Chromebook Pixel (2015) through its paces to see just how far the category and ChromeOS has really come along. To see the pick of the rest check out our guide to the Best Chromebooks of 2015.

In terms of design the Pixel has changed very little from its predecessor. It still bears the industrial, chunky, square edged styling that we found initially so appealing, and that remains true today. When so many PCs seem to be trying to rebuild MacBook Airs and Pros, the more brutal form of the Pixel stands out as something to savour. That’s not to suggest that this is in any way a great lummock of a machine. In the hand, or resting on your lap it feels compact, solid, and very comfortable to use. At 3.3lbs it might not be as svelte as the new MacBook, or even a Dell XPS 13, but it isn’t a heavy device to carry around in your bag.

Chromebooks are never overburdened with ports, as ChromeOS isn’t really interested in doing much with them, but the Pixel has a very useful collection of slots. Two USB 3.0 ports and a headphone jack adorn one side, while the other makes room for an SD card reader. The real interesting apertures though are the two USB type-C ports that flank the machine, and are used for power charging or attaching any number of peripherals. We’re beginning to see a few machines arrive with this new style of port and it definitely feels like the way to go for laptops. When you think of how easy it is to find a charging cable for your smartphone these days, the idea that laptop power cables could soon be equally ubiquitous is a very good thing. While USB type-C accessories might be thin on the ground right now, it should only be a matter of time before we see manufacturers take advantage of this all-in-one connection. One aesthetic feature we do like is the colour strip across the lid which when tapped gently will show you the amount of charge left in the battery. Very nice.

We’ve grown accustomed to often finding great keyboards and trackpads on inexpensive Chromebooks, but the Pixel packs the best of the lot. The shallow, island-style layout is  wonderfully easy to use for extended periods, proving responsive and accurate. The backlight also makes typing after the sun goes down just as pleasant. There are of course a few changes to the normal arrangements, as Chromebooks feature internet navigation buttons along the top and a search button where the Caps Lock normally lives, but they make sense on this machine and OS. A glass trackpad is a step up from the normal plastic versions found on cheaper models, and again it proves excellent. Multi-finger gestures, of which there are plenty in ChromeOS, execute instantly, while general navigation is smooth and precise.

The real star of the show is the gorgeous IPS 2560 x 1700 resolution HD display. It’s bright, colourful, clear, and bears an unusual 3:2 aspect ratio which Google deems more appropriate for using the web. The taller nature of the display does mean you see more of a webpage’s content before needing to scroll down, although if you watch a lot of movies on your laptop then there is a trade off here against the widescreen displays often found on other PCs. One added bonus is that the display is also a touchscreen. This might seem a little overkill for a device like a Chromebook, but it’s a useful feature when traversing the web with it’s widespread, tappable options. The pinch-to-zoom feature also works very smartly, expanding pages with no hint of hesitation.

Video calling is a natural fit with an internet obsessed device, and the Pixel takes care of business in style thanks to a 720p webcam with blue glass and a wide aperture. Why the blue glass? Well, to be honest we’re not entirely sure difference it makes, but images are sharp and well defined. Callers also reported audio was solid, which is down to the twin microphones on the device.

The 2015 Pixel is lightning fast. Web pages load rapidly, navigation is swift, and even with multiple tabs open you don’t really sense any kind of slowdown. Streaming HD video from YouTube is no problem, 4K variants proved smooth and consistent, and the stereo speakers are surprisingly loud and articulate. Much of this will be down to the 2.2GHz Intel Core i5 CPU and 8GB of RAM that are at the heart of the machine. It’s certainly a potent combination when paired with the lightweight operating system. Of course all of this speed arrives with a few caveats. While ChromeOS has come a long way in the few short years it’s been around, it does still boil down to being a supercharged browser. Yes, you can run a number of useful applications offline now, such as Google Docs, and also a small number of Android apps, plus in the end most people do use their machines to primarily interact with the web, but when you’re looking to spend around £800 on a machine you’re probably going to want a little more for your money.

If you create or edit multimedia content, then all of a sudden the Pixel is going to feel limited. Photo-editing is available through some apps, but if you want Photoshop then you’re out of luck. The same goes for iTunes, although some would say that’s actually a blessing. Don’t get us wrong, the Chromebook Pixel (2015) is a very capable machine for a lot of everyday tasks, but you need to understand what you’re paying for up front. ChromeOS is a web focussed operating system, so as long as you spend the majority of your time there, and especially if you use the Google suite of apps, then there is much to like. The bare bones nature of ChromeOS does prove very beneficial when it comes to battery life though, and in our looped video test the 2015 Pixel held out impressively for just over nine hours.