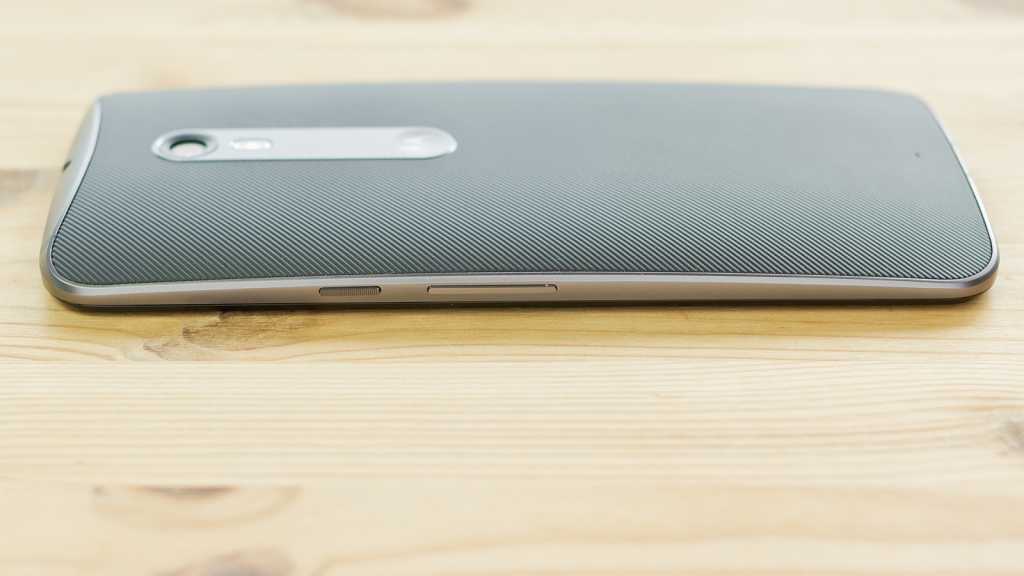 If you’re looking for a big screen phone, the Moto X Style is a great choice. It’s got great specs across the board and it cheaper than rivals like the Nexus 6P and Galaxy S6 Edge+. We love the screen, stock Android and cameras. However, it really comes stands out when using the Moto Maker to customise it which costs more. With a screen only slightly smaller and a fingerprint scanner the OnePlus 2 is the spanner in the works here at £289 for the 64GB model.

Motorola’s biggest ever launch brought along three new smartphones, one of which is an all-new Moto X called the Moto X Style. As you might expect from the name, it’s a design-focused smartphone that comes complete with great specs and a really nice, big screen. Here’s our Moto X Style review. Also see: Moto X4 latest rumours

The Moto X Style was unveiled alongside a new Moto X Play, which is what Motorola has called the third-generation of its Moto X smartphone, as well as a  new Moto G 201 5.

Launched in September, the Moto X Style has a starting price of £359. Our review sample came from Mobile Fun. However, that’s the price for the regular model but if you want to customise it with things like accent colours and a wooden rear cover, this starts at £399 via the Moto Maker.

It’s worth pointing out that, while £359 is a great price when you compare its specs and features with some high-end and flagship smartphones like the Galaxy S6 Edge+ and even the Nexus 6P. However, bear in mind that the OnePlus 2 offers similarly impressive specs with an even lower price tag of £289 for the 64GB model so it’s well worth a look if you’re considering buying the Style.

The Motorola Moto X Style is available in loads of different colours and finishes, so you really can pick the one that suits you best. Materials include Saffiano leather or real wood, and you can pick metallic accent colours or engrave your name thanks to the Moto Maker tool. In total, there are 18 different inlays in various colours and materials, and seven different accent colours to choose from.

Of course, that’s if you use the Moto Maker which is a big draw of the Moto X Style. The standard models are simply white or black with a basic plastic rear cover as you can see above.

In terms of size, the Moto X Style is 154mm long, 76mm wide and 6.1mm at its thinnest point, 11.06mm at its thickest. So thanks to tiny bezels around the screen (which we’ll talk more about in a moment), it manages to avoid being big and bulky despite its large display. It also feels pretty light, at 179g, and is really comfortable to hold thanks to the curved back.

Unfortunately the Moto X Style isn’t waterproof like the new Moto G. Instead it’s splash resistant, so should be ok if a bit of rain or sweat finds its way onto it but you won’t want to drop it into the sink or spill a drink on it.

The Moto X Style has a stunning Quad HD (520ppi) 5.7in display with teeny tiny bezels that, as we’ve said, means the overall size of the device isn’t too huge. Still, the size isn’t going to suit everyone. We’d have liked it to be closer to the 5in mark like the Moto G but it’s all down to personal preference and clearly Motorola thinks bigger is better for most people. Also see: Best MiFi 2016.

That screen should be durable too, as it’s made with Gorilla Glass 3. We’ve found the screen was bright, crisp and colourful, and an absolute joy to look at. It’ll be perfect for watching movies and playing games, and it definitely gets close to the amazing quality of the screens on high-end smartphones including the Samsung Galaxy S6 and the LG G4. The photo above shows it off well.

Inside the Moto X Style is a hexa-core 1.8GHz Qualcomm Snapdragon 808 with Adreno 418 graphics. That’s paired with 3GB RAM so you should find that this is a speedy smartphone capable of more or less anything you throw at it. As you can see below, benchmark results are good but more importantly, we found the phone to be lovely and smooth during everyday use. This is partly, we feel, down to having essentially stock Android (read more about software below).

Storage options are 32GB or 64GB, with a Micro-SD card slot that supports up to 128GB, so you won’t be running out of space any time soon. It’s the first time we’ve seen a Micro-SD card slot on a Moto X and it’s definitely a welcome addition – the Moto X Play has one also.

Inside the Moto X Style is a 3000mAh battery which Motorola says will last “all day”. In our benchmark test it lasted just four hours and 24 minutes which is a fair way behind most phones. The Galaxy S6, which also has a Quad HD screen lasted nearly seven hours. Realistically you’ll be charging every night even if the phone hasn’t run out completely.

Easing things in this area is Turbo Charging which means you’ll get 10 hours of battery life from 15 minutes charge time and the required charger is in the box which isn’t always a given with rivals making it an optional extra. We’ve not been able to test this ourselves yet but if it works the way Motorola says it does, it’s going to be a really great boon for busy people who often find themselves in a bit of a rush.

You’ll also find front-facing stereo speakers with Smartboost, which is great if you plan on watching movies without headphones or enjoy playing games on your smartphone, particularly when paired with that stunning display.

The Moto X Style boasts a pretty impressive camera, at 21Mp on the rear and 5Mp on the front. That front camera also has a wide-angle lens for improved selfies that can capture more of what’s around you, and even includes a Night mode and flash. The pixels are bigger at 1.4 microns, too. Using the Actions part of the Moto app (see below) you can launch the camera with a double twist of your wrist.

During our testing in Motorola’s hands-on area, we managed to capture some great photos both of people mingling and still-life objects. It seems to work well in low-light, too. We also found it to be very good during our longer period of testing the final unit.

Like many phones, it shoots at a lower resolution to achieve a 16:9 aspect ratio but you can switch to 21Mp if you don’t mind 4:3. Also note that HDR is automatic by default and we’d recommend turning on touch to focus to get the best results. See our test shots below without and with HDR, shot with full resolution.

The Motorola Moto X Style is running Android 5.1.1 and doesn’t stray far from the stock, vanilla Android designed by Google. In fact, Motorola’s devices are probably the closest thing you can get without buying a Nexus phone. That’s a real plus point for us, and as mentioned earlier, the Style is cheaper than the Nexus 6P which offers similar specs.

On top of the usual Android features, you do get some decent Motorola add-ons. For starters, Migrate will help you move content from your last phone. The app simply called Moto is the new combined home for the firm’s other services including Assist, Voice, Display and Actions.

It’s well worth checking these extras which can do a number of handy things like give you notifications without switching the screen on fully, automatically go silent when at work (for example), launch the camera with a twist of your wrist and read text messages out when you’re driving.