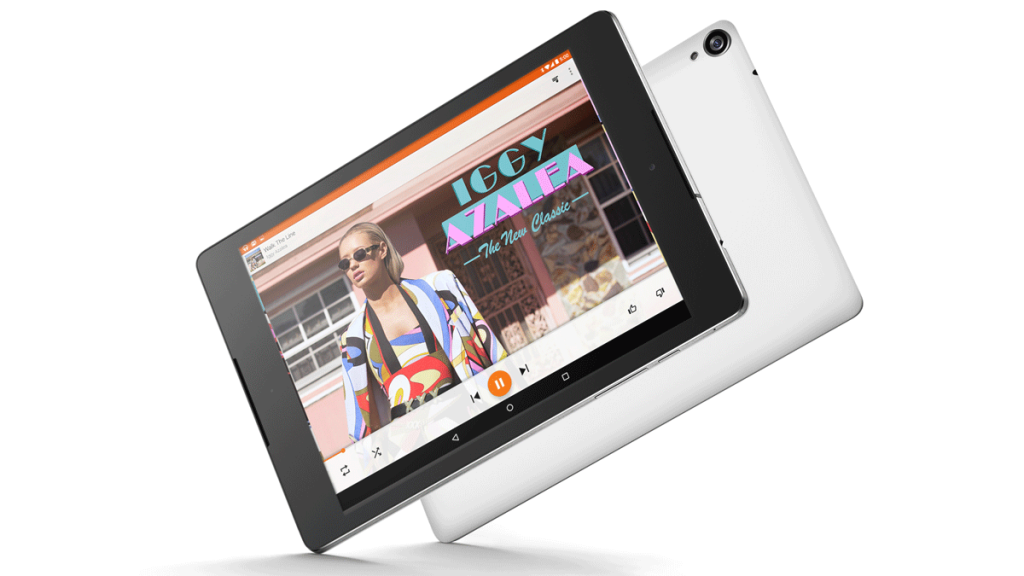 There are many things to like about both products, but we feel there is a tangible difference between their focus. The Hudl 2 is an excellent, affordable entry point to the world of tablets and Android. The colourful livery, movie friendly screen size, and parental controls make it a good choice for those wanting a device to give to their children. At £99 it’s a lot less of a risk than an iPad or indeed the Nexus 9. Of course it’s still a fully functional tablet, so you don’t need to give it away to the youngsters, and if your primary uses would be browsing and media consumption then the Hudl 2 would make a great companion device. The Nexus 9 has more serious aspirations. Internally it’s stacked with impressive kit, while the outer shell is smart and a tad more mature. It feels far more like an attempt to emulate Apple’s larger iPad, sharing the same screen dimensions and quality construction. At three times the price of the Hudl 2, it’s not really true that you get three times the capability, but the package as a whole is impressive, solid, and one of the best you can get on the Android side of the fence.

While Apple’s iPad might get the majority of headlines when it comes to tablets, there are plenty of great offerings for those who prefer the pleasures of Android. Here’s our Hudl 2 vs Nexus 9 comparison review. We compare the devices to see which one is the right one for you. Of course if you don’t mind what flavour your tablet comes in read our guide to the 20 Best Tablets of 2015.

While the Hudl 2 and Nexus 9 might be similar because of their operating system, they’re aimed at different audiences. The Hudl 2 comes in at a wonderfully affordable £99 for the solitary 16GB model. However, as you probably know, Tesco lets you pay for the Hudl 2 with Clubcard vouchers. Plus, because of Clubcard Boost, your vouchers are worth twice their face value so £50 of vouchers will buy you a brand new tablet. Also see: Best new tablets coming in 2016.

The Hudl 2 follows on closely from the original model, with a matt plastic casing that is nice and grippy in the hand. It’s a widescreen tablet, and as such only really works well when used in landscape mode, such as for movies, YouTube, and the like. With a range of bright colours available (blue, red, pink, purple, orange, black and white) it comes across as a fun looking device that kids would enjoy, although the 401g weight could make the little dears tired quite quickly. That could be considered an extra bonus!

Bear in mind that it’s hard to find replacement screens for the Hudl 2, and repairs are prohibitatively expensive so if you do give one to your child, be sure to invest in a protective case and apply a screen protector.

It’s a different story with the Nexus 9, which exudes a more professional air. Although the tablet bears the Google Nexus logo, HTC is the company behind the actual construction, and its adherence to quality components and build quality show through. The frame is metal, with the rear adorned in a rubbery plastic cover. This makes the device easy to hold, negating that iPad-like desire to leap from your grasp and hurl itself to the floor. If there is one gripe then it’s the volume and power buttons, which are slightly recessed, making it sometimes hard to click them first time. The device is also heavy, eclipsing the Hudl 2 with its 425g bulk, but the 4:3 ratio makes it feels a little better balanced in the hand.

As with every tablet, the screen dominates the story. Tesco opted with the new Hudl to move to a larger 8.3in, widescreen display, boasting a full HD resolution of 1920×1200. For the price it really is an excellent surface, with text and images looking sharp and vivid. Of course all those extra pixels would be for nothing if the brains of the device didn’t match up, but the inclusion of a 1.83GHz Intel Atom quad-core processor, aided by 2GB of RAM, keeps everything ticking over smoothly. You might catch the occasional stutter here and there, but for the most part the system is smooth, fast, and a joy to use.

While the internal storage comes at 16GB we did find that the preloaded software took a chunk out of that. Thankfully you can expand the storage via the built-in microSD card slot. Tesco says you can install a maximum of 32GB. But we know different: format a 64GB card to FAT32 and it will work just fine in the Hudl 2. Battery life is decent, and with casual use the tablet can last a couple of days between charges. Playing games or engaging in Netflix marathons will obviously shorten the hours.

Cameras can often be a somewhat neglected part of the tablet experience, and the Hudl 2 does little to alter that particular script. The 5mp main camera isn’t brilliant, and focussing can take a little longer than we’d like. You shouldn’t expect too much from the front facing 1.2Mp variant either. It’s passable for video calls, but not much more than that. Audio is more impressive, with the Hudl 2 featuring stereo speakers with Dolby sound. They’re rear facing, which is frustratingly common on tablets, but turn out a decent amount of volume and clarity.

The Nexus 9 sports a more impressive 8.9in, 2048×1536 IPS LCD screen, although it must be said that the pixels per inch (PPI) are quite close at 281 for the Nexus and 272 for the Hudl 2. Colour and detail is good, but not class leading on the Nexus, while the 4:3 aspect ratio does give it a more iPad-like feel than the wide Hudl. Internally the Nexus 9 comes with some powerful components, boasting the 64-bit, 2.3GHz dual-core Nvidia Tegra K1 CPU. There’s also a dedicated graphics chip onboard (192-core Kepler DX1), all served by 2GB of RAM. This triumvirate provides plenty of computational muscle, and the Nexus 9 flies along nicely through pretty much anything you throw at it.

The cameras on the Nexus 9 beat out the Hudl 2 thanks to the rear-facing 8Mp unit that features an f/2.4 aperture for crisp, if slightly dark, images. It also includes a flash, unlike the Hudl, but you won’t want to use it too often. The front-facing camera is a little better on the Nexus, with 1.6Mp unit capable of 1080p video, albeit of the grainy variety.

As the Nexus is a HTC device, the speakers are very good. Utilising the BoomSound technology found on the One M8 and One M9 mobile phones, HTC has placed speakers at either end of the tablet and faced them forwards so the sound actually comes at you. Whatever next? The results are very good in both level and definition.

Finally, as this is a Nexus device you won’t find any expandable memory slots on board. So be sure to decide on how much storage you want before you make your purchase.

For the most part, both devices leave Google’s stock version of Android pretty much unmolested. The Nexus is of course completely how the search giant envisions an operating system to be. Lollipop 5.1.1, the latest version of Android, looks splendid on the device and really is an excellent, easy to use, powerful interface that does what you want without fuss or stupid binging and plopping sounds that we find on other flavours of Android. Everything runs smoothly, as you’d expect, with the Nexus 9 being tailored specifically for this purpose.

The Hudl 2 is back on the previous Android Incarnation, KitKat (4.4), which is still a clean and fast place to spend some time. The only real alterations are a suite of Tesco apps that give you access to its various shopping and entertainment services, plus a helpful Getting Started guide that suggests various apps you might want to download to get the best out of your device. The family friendly theme of the Hudl 2 continues with the Child Safety section, which allows parents to set time limits and access rights for their little ones, so they don’t spend hours learning bad things on YouTube.