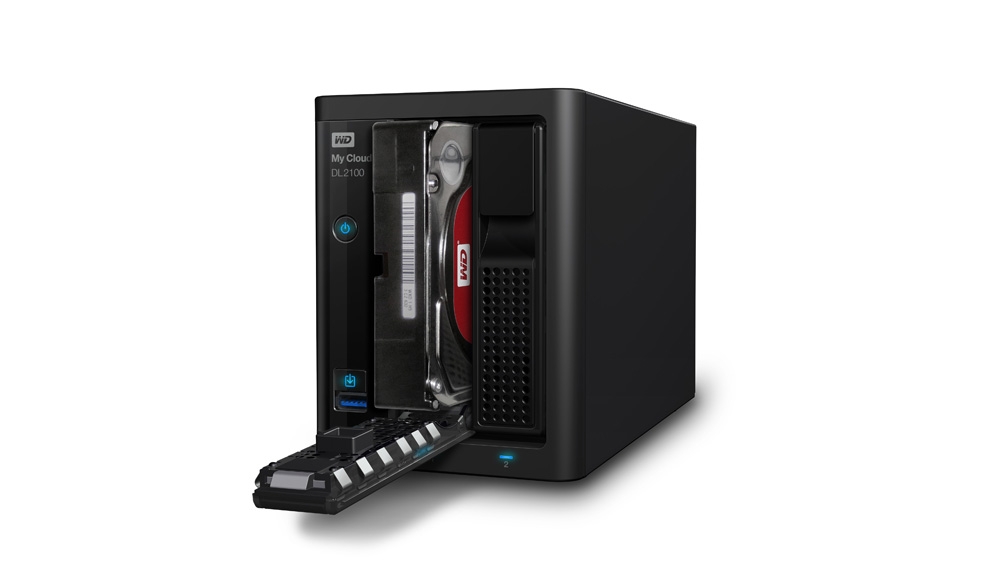 The DL2100 is around £80 more than its EX2100 twin, but offers slightly improved performance juggling multiple data transactions, and has a power failover option. Either unit is very capable and can be recommended as among the best in two-bay NAS at the price.

Western Digital is best known as a manufacturer of hard disks, but is becoming recognised for its complete storage solutions and in particular network attached storage ( NAS).

Two new series of NAS drives were launched this year, both bearing the established My Cloud name, adding two models to the Expert Series for home users; and a new Business Series for small enterprises. Following the two-bay EX2100 from the EX Series we now focus on its Business counterpart, the My Cloud DL2100.

The DL2100 shares an almost identical chassis with the EX2100 and viewed from most angles you can’t tell them apart without reading the printed name.

They do differ in the type of processor. The EX series uses ARM Marvell chips, while the DL units have budget Atom processors from Intel. In the case of the DL2100 we have a 1.7 GHz Intel Atom C2350, a dual-core based on a 22 nm die.

It includes 1GB memory, and unlike the EX2100 is upgradeable to a total of 5GB.

Again we see the inclusion of two USB 3.0 ports – one front, one back and two ethernet ports that can be configured for bonding or failover. To help add confidence for businesses needing assured uptime, the DL2100 adds a second DC power input.

There is one external 48W supply in the box, and you can buy an additional to plug into the second port. If one PSU should fail the other will keep the NAS up and running. 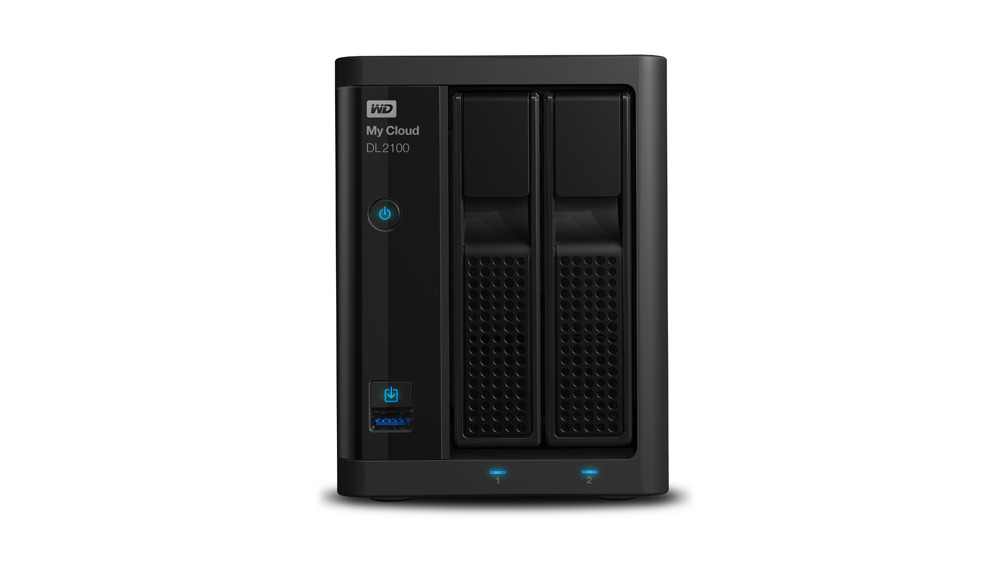 We tested an 8TB model with two WD Red 4TB disks pre-loaded. You can set the two disks as JBOD, linear volume, RAID 0 or 1. By default the unit is configured in RAID 1 with the disks mirrored to provide protection against a single disk failure.

Using CrystalDiskMark in Windows, we saw sequential read speeds at 115MB/s and writes at 99MB/s, suggesting it’s slightly faster in reads than the EX2100’s 103MB/s, but slower at large sequential writes compared to the latter’s 109MB/s.

With single threaded 4kB random reads, its 20MB/s doubled the 10MB/s we recorded from the EX2100, and its 6.4MB/s random writes also beat the 4.3MB/s of the cheaper ARM-powered NAS. At greater queue depths there was a reversal of fortunes, with 4kB random reads at least (QD=32), as the EX2100 hit an impressive 51MB/s against the DL2100’s 17MB/s.

Power consumption was comparable to its ARM brother at around 19W disks active, falling to 12W idle.