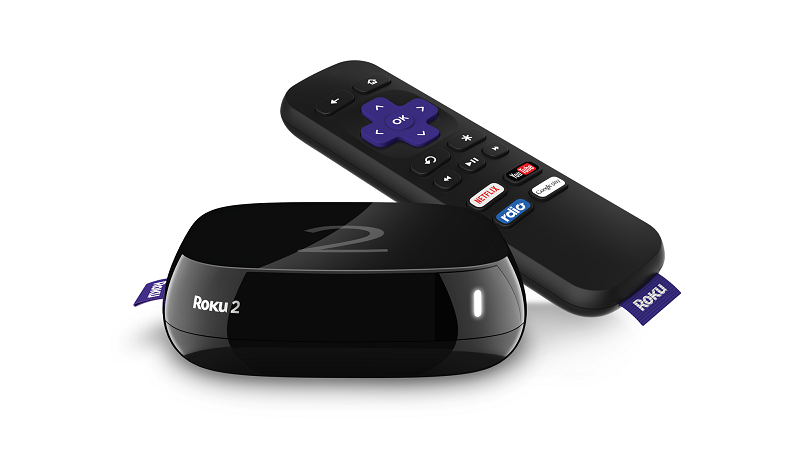 The Roku 2 is yet another decent media streaming box from the market leader and we like the new Roku Search and MyFeed features. However, these are available on the other Rokus and the slightly high price means you’ll want to pay the extra for the better remote which comes with the Roku 3 or save money by getting the similar Streaming Stick.

Most media streamer manufacturers want you to use their services – think of Amazon, Apple and Google as three prime examples – but Roku is the third party brand which simply wants to give you the best experience possible.

The mid-range Roku 2 has been updated with new hardware and clever software features and we’ve been putting it through its paces.

Roku’s current range of streamers is fairly simply now. There’s the Streaming Stick which rivals the  Chromecast and  Amazon Fire TV Stick and the regular boxes. The Roku 2 is the cheaper alternative to the Roku 3 which is £99 and the most expensive of the three.

The new Roku 2 is £69 so sits is the middle of the three brothers. Although it’s cheaper than the premium model, it’s still relatively expensive. For example, the Apple TV and, when on offer which is quite often, Amazon Fire TV are both £10 less at £59.

The Roku 2 now rocks the same design as the Roku 3 so there’s only the fact is says ‘2’ on it which distinguishes it. The remote, however, is quite different with rubbery buttons and there are now dedicated keys for launching Netflix, YouTube, Rdio and Google Play. It doesn’t feel as nice as the ones you get with other Rokus.

Those shortcuts are handy but it’s worth noting that the remote uses traditional line-of-sight to work so you can’t tuck the box away or have anything between the two. More downgrades compared to the Roku 3 are that there’s no headphone port for private listening or motion sensors for playing games. It might be worth paying the extra if you’ll make use of these features.

While the remote is quite different, the box itself is the same as the Roku 3. This means it has an HDMI port, Ethernet, dual-band Wi-Fi, USB and Micro-SD all at your disposal. It uses the same processor too which means performance is nice and snappy (if the remote can speak to the box ok).

If you’re not bothered about a lot of the above features, the simple but effecting Streaming Stick is probably the Roku to go for.

Regardless of which Roku you pick, the amount of content on offer and features remains the same. Roku continues to lead the ways in terms of the best range of streaming services, or apps, you can access. Top names include Netflix BBC iPlayer, ITV Player, Demand 5, All 4 (formally 4oD), Now TV, Sky Store, BBC Sport, Spotify, Facebook, Google Play and more. You can also browse the 1,400+ strong channel store where there are all kinds of things from specialist BBQ channels to Yoga.

It does, of course, depend what you want to watch so if you subscribe to Amazon Prime Instant Video and not Netflix then you’re not going to want to buy a Roku – although the firm has told PC Advisor it’s working on adding support.

We’ve always been a fan of the Roku user interface which is intuitive and customisable with different themes. It’s good to see new features then with the ability to search the channel store a welcome and necessary addition.

You can also search for content by name, actor or even director which is really handy. Start typing and suggestions will be made making things quicker. However, don’t fooled into thinking it will search every channel. Our search warned at the bottom of the screen it would only search Netflix and Snagfilms. Roku says ‘over time more channels are expected to complement this list’ so we hope this happens quickly as the demo we were shown recently on the US store was great, even displaying the results by price.

MyFeed is another neat new feature where you can ‘follow’ new releases and get updated on when they become available to stream on your Roku – either for free or to rent. The only real downside is you can only opt to get updates on suggested films rather than anything out there.

The Android and iOS apps have been updated with these features too but voice search is restricted to the US and Canada. It’s another feature with Roku tells us it’s working hard on bringing to the UK.