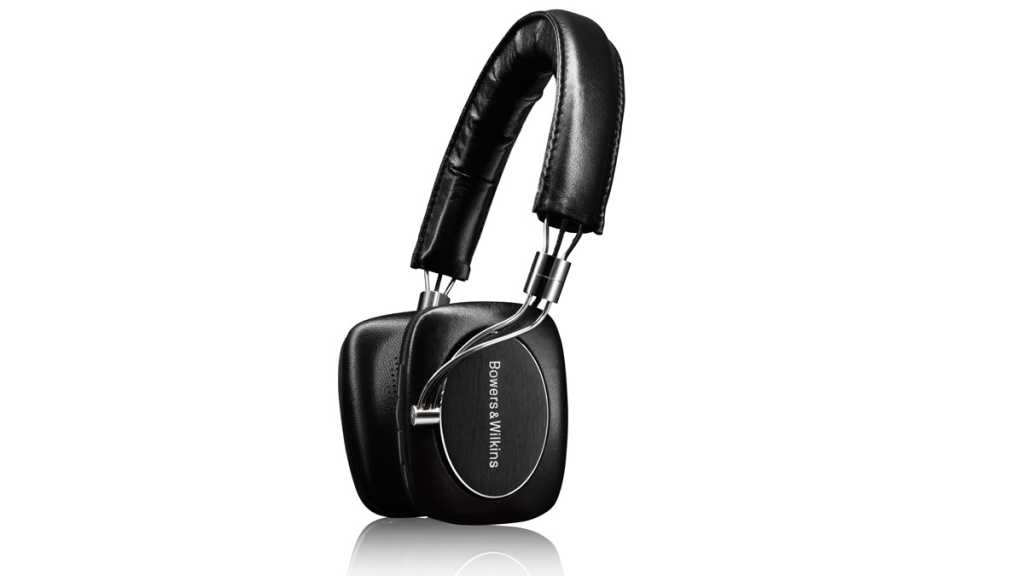 We said in our Series 2 review that some might find the £249 price a little hard to swallow, and it’s harder still to stump up £80 more for the removal of a cable. Yet, if you are specifically after wireless headphones, these are one of the best pairs we’ve tested.

B&W knows a thing or two about making top-quality speakers. The respected British company has already made a successful foray into the world of consumer tech with its headphones and AirPlay speakers. It has even launched a Bluetooth wireless speaker: the T7.

But it has held back from launching any wireless headphones until it was sure its discerning – and loyal – customers would be happy not just with sound quality but also reliability. Clearly the firm thinks it has cracked this heady mix though, as the P5 Wireless is B&W’s first pair of Bluetooth headphones. See also: Best headphones you can buy right now

The P5 Wireless costs £329.99, which is £80 more than the P5 Series 2 at £249.99. That’s quite the premium for going wireless. B&W touts the fact that they are “platform agnostic” since they’ll happily work with Android as well as iPhones – and practically any other phone, tablet, laptop or PC with Bluetooth.

You can buy the P5 Wireless from John Lewis.

Thing is, corded headphones will work with an even broader range of audio gear, including your hi-fi, TV and more.

Do you even need a pair of cordless headphones? Having never owned a pair, I was sceptical of the benefits. However, after just a few days the lack of a cable had a surprisingly freeing effect.

I didn’t need to remove my usual ear buds when walking away from my laptop, nor worry about snagging cords on bags or clothing while commuting. There’s also the advantage of never having to unravel a birds’ nest of wires as I do each morning with wired headphones. You just switch on and go.

Even if you own a pair of P5s, you’d struggle to initially tell if there are any differences between the P5 Series 2 and the new P5 Wireless. Beyond the absence of a cable, that is. That’s pretty obvious.

They have the same leather and polished metal design, and even use the same drivers. In fact it’s only when you examine the new pair more closely that you notice the subtle introduction of buttons on the central band on the right-hand ear piece. Plus the fact that the cans are very slightly thicker than the Series 2’s  – 2mm if you thrive on stats – to compensate for this and the extra Bluetooth electronics and batteries.

Given all that, it’s impressive that the P5 Wireless weighs only 28g more at 223g. They’re not the lightest wireless headphones you can buy, but when you hear them, you’ll forgive the weight immediately.

Those buttons let you adjust volume, pause and play tracks and even answer phone calls. A pair of built-in mics means background noise can be isolated and suppressed and the recipient of our test phone call reported decent enough quality.

Hold down the play/pause button and you can call up Siri on an iPhone, just as with many other headphones.

The batteries last 17 hours when used at 75 percent volume, but we expect this is a conservative claim by B&W. You can still connect a cable (included in the box) using the same clever recessed port you’ll find on the P5 Series 2 so you can use these cordless headphones as a traditional wired pair if you do happen to get caught short. It’s unlikely you will, since the P5 Wireless charges via micro-USB, meaning you can even charge them on the move with a handy USB battery pack. 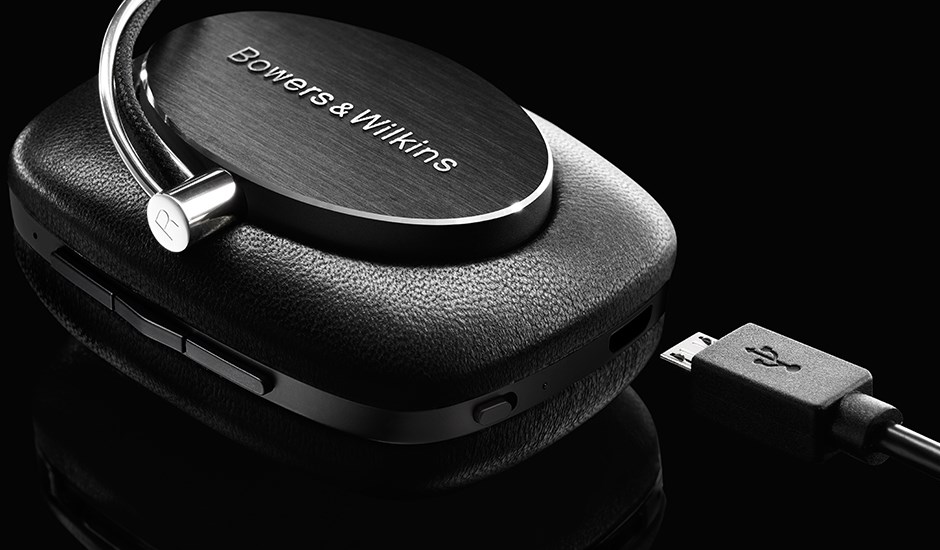 The headband is adjustable and should fit most people, and the grip on your ears is tight enough to ensure they won’t fall off. If you wear glasses you might notice the clamping effect more than those who don’t, but it’s worth pointing out that this is not a pair of headphones for going running.

No. These are audiophile headphones. Some enthusiasts will naturally scoff at this, but we would challenge them to have a listen to the P5 Wireless before writing them off.

Thanks to support for aptX, streaming quality from any phone which supports the standard is very impressive. Such phones include models from Samsung, HTC, Asus and Motorola. You can find a full list on the aptX website

Apple doesn’t support aptX, preferring to use its own implementation of Bluetooth audio. It may be lossy unlike aptX, but it sounds pretty darned good to me.

In fact, my – admittedly non-audiophile – ears can’t hear any noticeable difference between the P5 Series 2 and the P5 wireless when using an iPhone 6 Plus with some tracks stored in lossless AAC format. Their sound quality is essentially identical.

As mentioned before, the new cans have the same 40mm drivers, which are also in the over-ear B&W P7 headphones. They deliver a balanced, well-defined soundstage with enough bass to satisfy without being overpowering. Similarly, the top-end is crisp without being harsh. Whatever style of music you prefer, the P5 Wireless should be able to put a smile on your face.