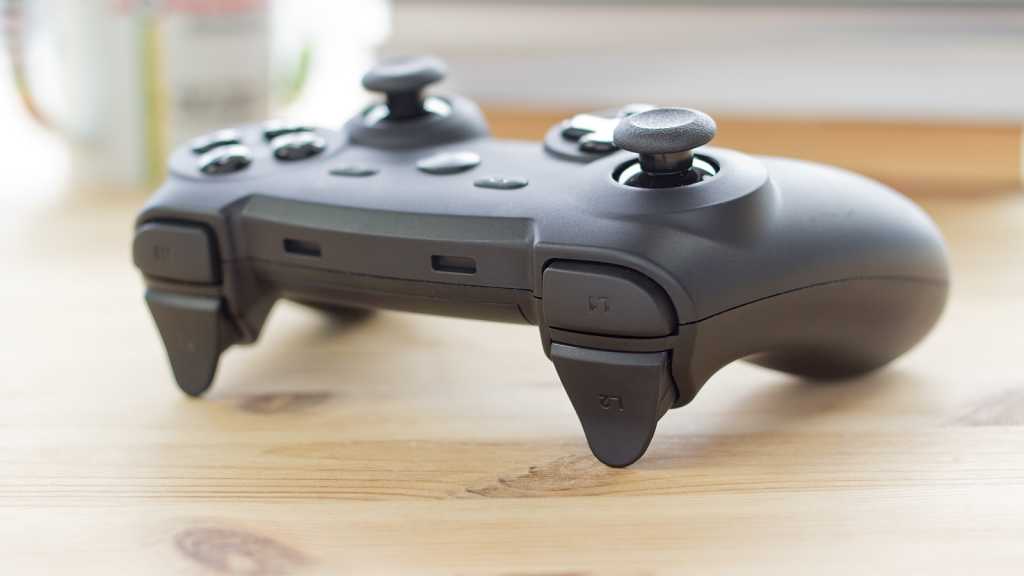 It won’t be for everyone, but if you’re a keen mobile gamer the Xiaomi Wireless Gamepad will enhance your experience with driving-, shooting- and action games on an Android phone or tablet. At £14 it’s incredibly good value, and on the whole very well made.

With increasingly powerful hardware and better screens than ever, Android phones and tablets are fast becoming the go-to devices for portable gaming.

There’s nothing inherently wrong with using a touchscreen for gaming on an Android phone or tablet, and in most games the onscreen controls will be placed so as not to obscure the action. But when it comes to driving-, shooting- and action games, a proper controller makes it much easier to get stuck in.

Wireless controllers for Android are nothing new, but they recently caught our eye when Xiaomi decided to join the party. Its Wireless Bluetooth Gamepad is a mash-up of an Xbox One and a PS4 controller, very Xbox in its design and key button placement, but its triggers are PlayStation all over. Also see: Xbox One vs PS4. 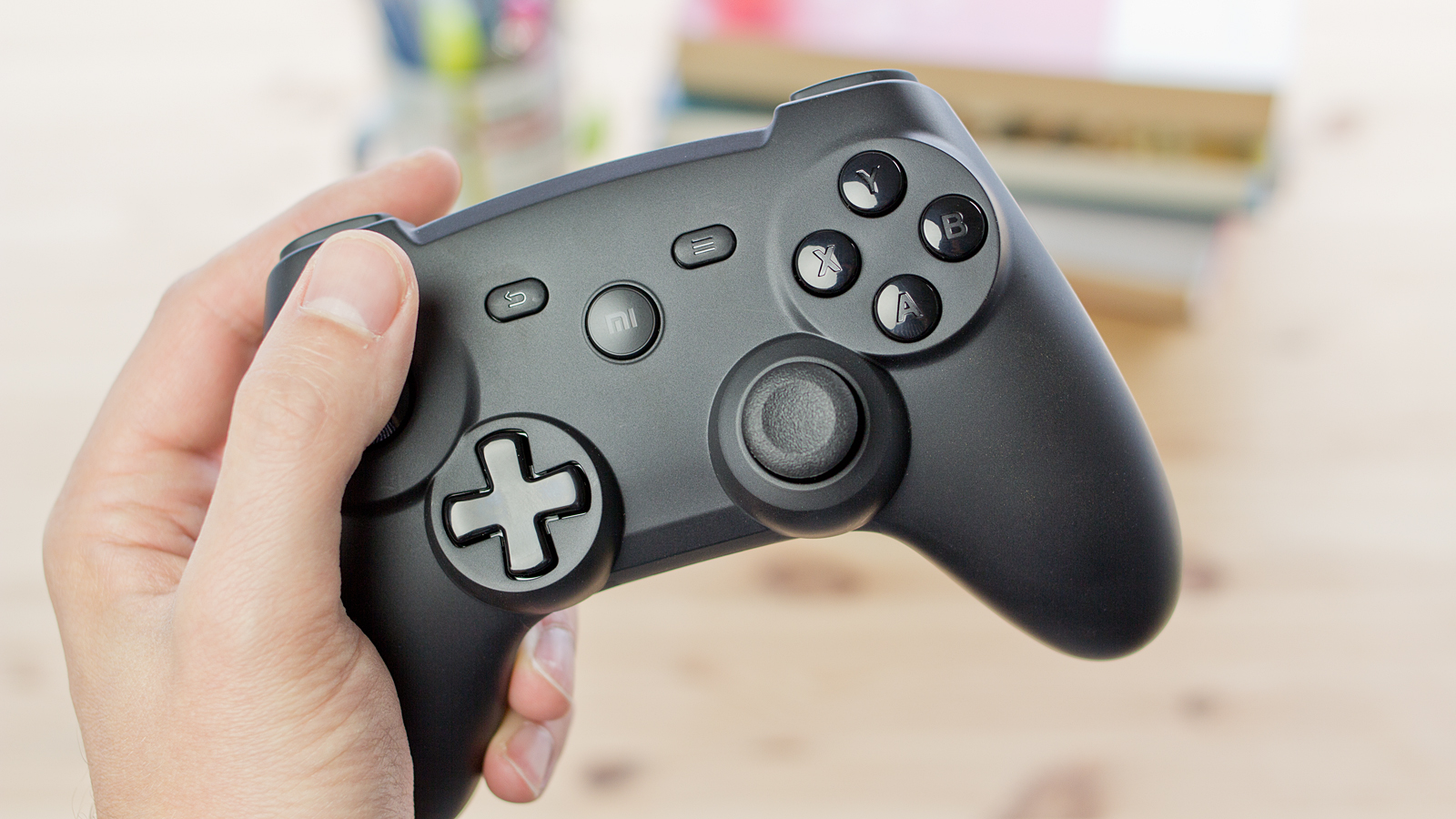 That’s not a bad thing. The Xiaomi Wireless Bluetooth Gamepad looks good, at 220g it has a nice weight to it and, on the whole, it feels well made and durable. Run your finger across the seam between top and bottom and you will feel a slight rough edge, but it’s not a major flaw. Severe pressure tests suggest the buttons will stand up to more than a million times normal use for at least five years, according to the company.

Xiaomi has carefully considered the design of each control. There are grippy rubber tops to the left- and right thumb sticks, but a smooth glossy finish below that helps them move effortlessly in any direction. The ABXY buttons and D-Pad feature this same smooth, glossy finish, and the latter uses four positioning balls for better accuracy when rotating 360 degrees. Even the triggers are designed with comfort in mind, with L2 and R2 extended and curved outward, allowing your fingers to rest comfortably when not in use, and get a good grip when required. 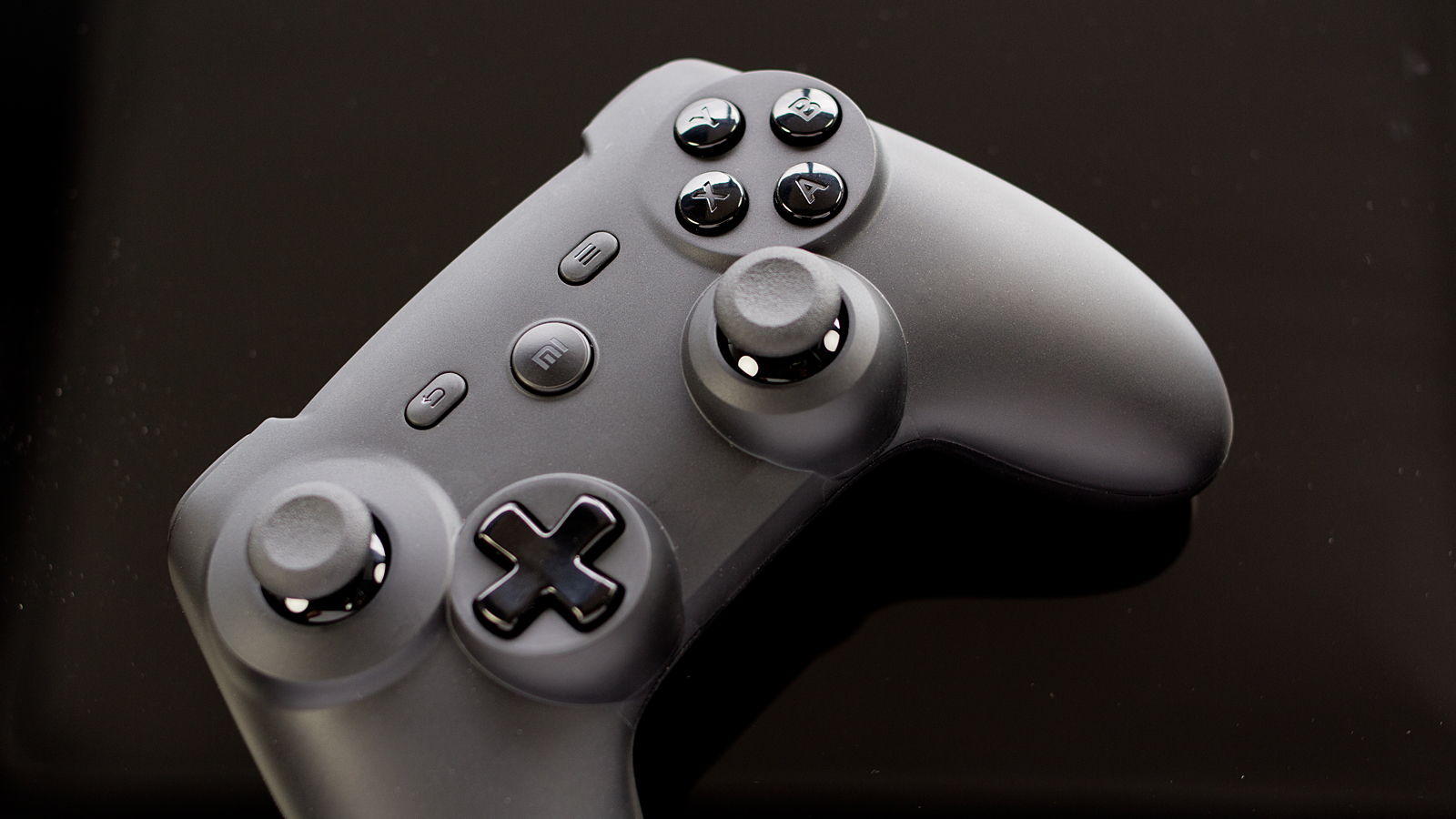 Dual vibration motors (light on the left and heavy on the right) and a Bosch G Sensor with three-axis gravitational acceleration lend something to gameplay you just don’t get when interacting via a phone or tablet’s touchscreen. We also found this plastic controller won’t slip from even the sweatiest of hands mid-action, and neither will it retain a gamer’s fingerprints.

A key difference to the Xbox One controller is the three buttons that sit in the centre of the Xiaomi Gamepad. You’ll find Back and Menu buttons, plus a Mi button, which is used to pair the GamePad with an Android device. We also found two slots at the top and one at the rear that seem to suggest you can attach a bracket for holding your phone or tablet; however, we could find no such accessory online. 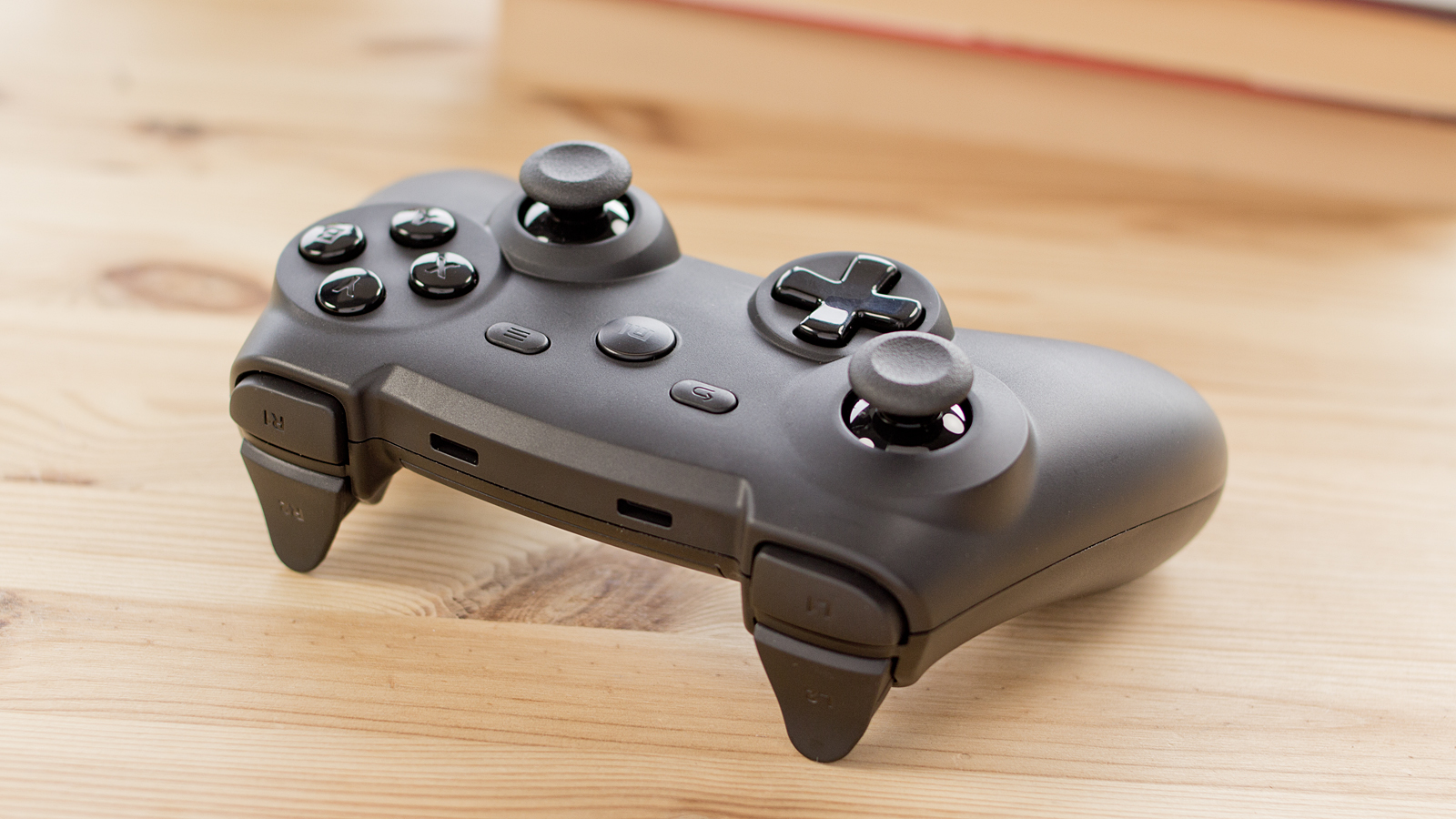 The Xiaomi GamePad connects over Bluetooth 3.0 and, although we’d prefer to see energy-saving Bluetooth 4.0 or 4.1, we found the controller worked flawlessly with our Samsung Galaxy S6. Contrary to what we’ve read about the Xiaomi Gamepad online we were unable to pair it with an iPhone or iPad, but the controller works fine with Android phones and tablets, plus Android TVs and Android set-top boxes. You can pick it up on a Windows PC or laptop and Mac, too. 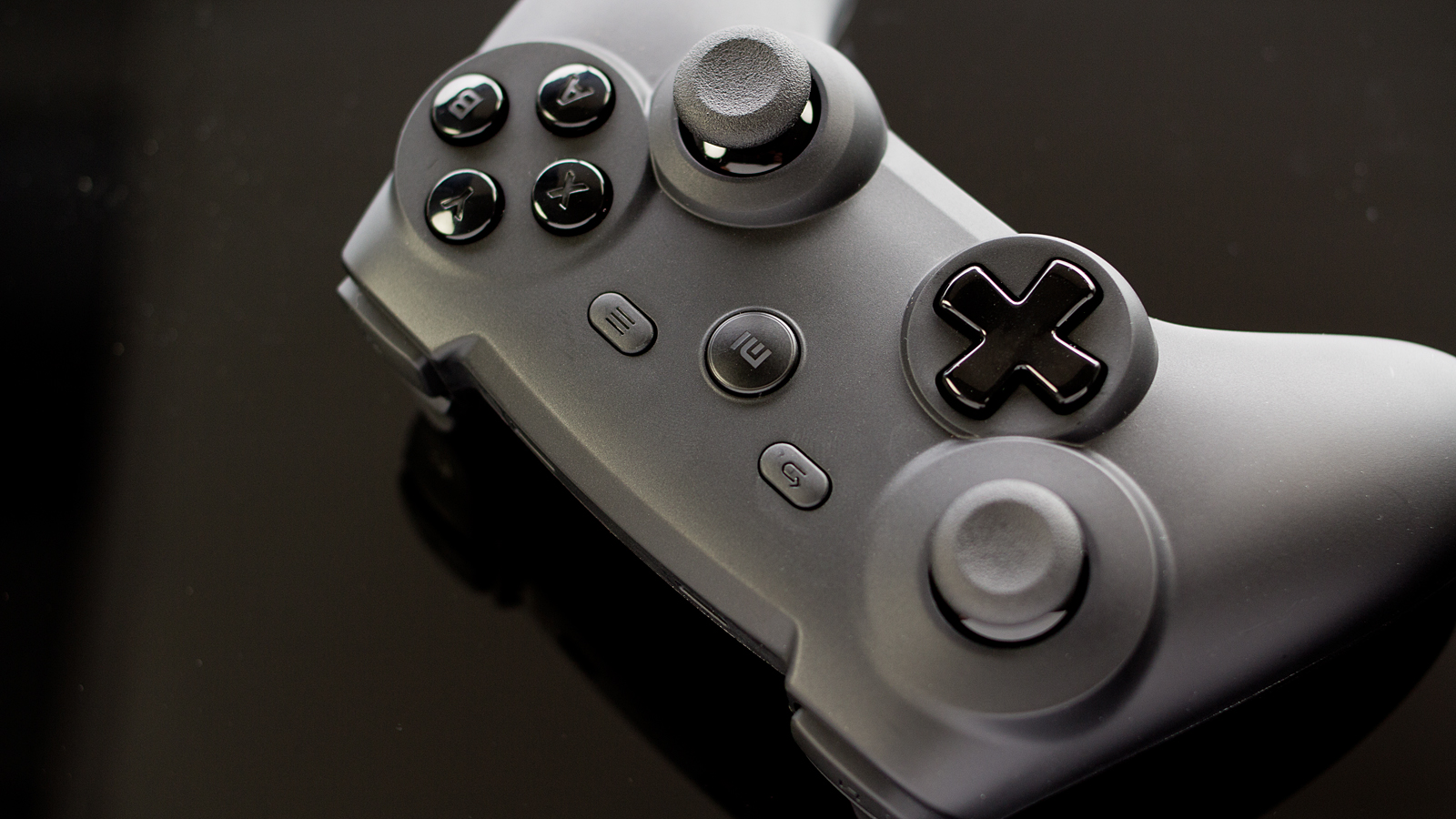 Few Xiaomi products are officially sold in the UK, and this is one of them (also see: How to buy Xiaomi products in the UK). We received our review sample from GearBest, which lists the Xiaomi Gamepad for a tiny £14.82 – that’s excellent value. (Read up on our buying advice before buying products from China.)

We’ve never had any problems receiving goods from GearBest. More of an issue for us was the fact the instructions are written entirely in Chinese (understandably, of course). So here’s what you need to know if you decide to pick up a Xiaomi Wireless Bluetooth Gamepad. 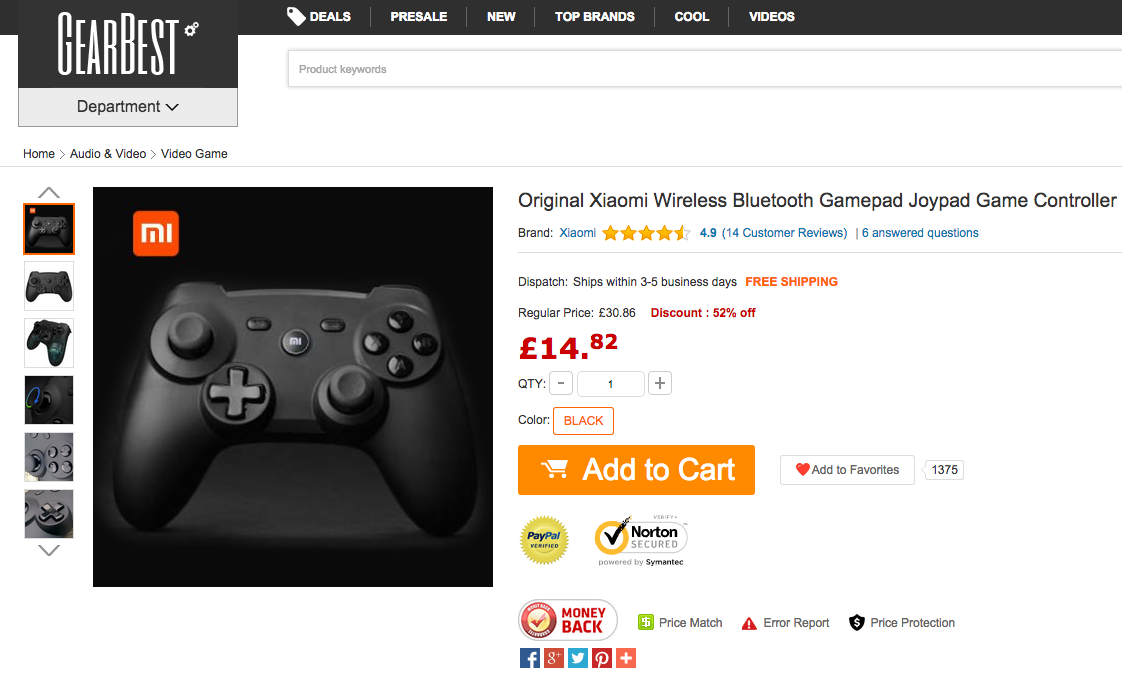 First, the GamePad will not work with every game installed on your Android phone or tablet, although many are available on Google Play that are compatible. We referred to AndroidGamepadGames.com for a handy list of what might work, then loaded up Asphalt 8 and Beach Buggy Racing – both heaps more fun with a wireless gamepad than a touchscreen.

Second, in order to get started using the Xiaomi Wireless Gamepad you must insert the batteries then press the Mi button. When it blinks white you should be able to pick it up in your phone or tablet’s Bluetooth settings; pair with and connect to the Xiaomi, then simply load up a compatible game to begin playing. 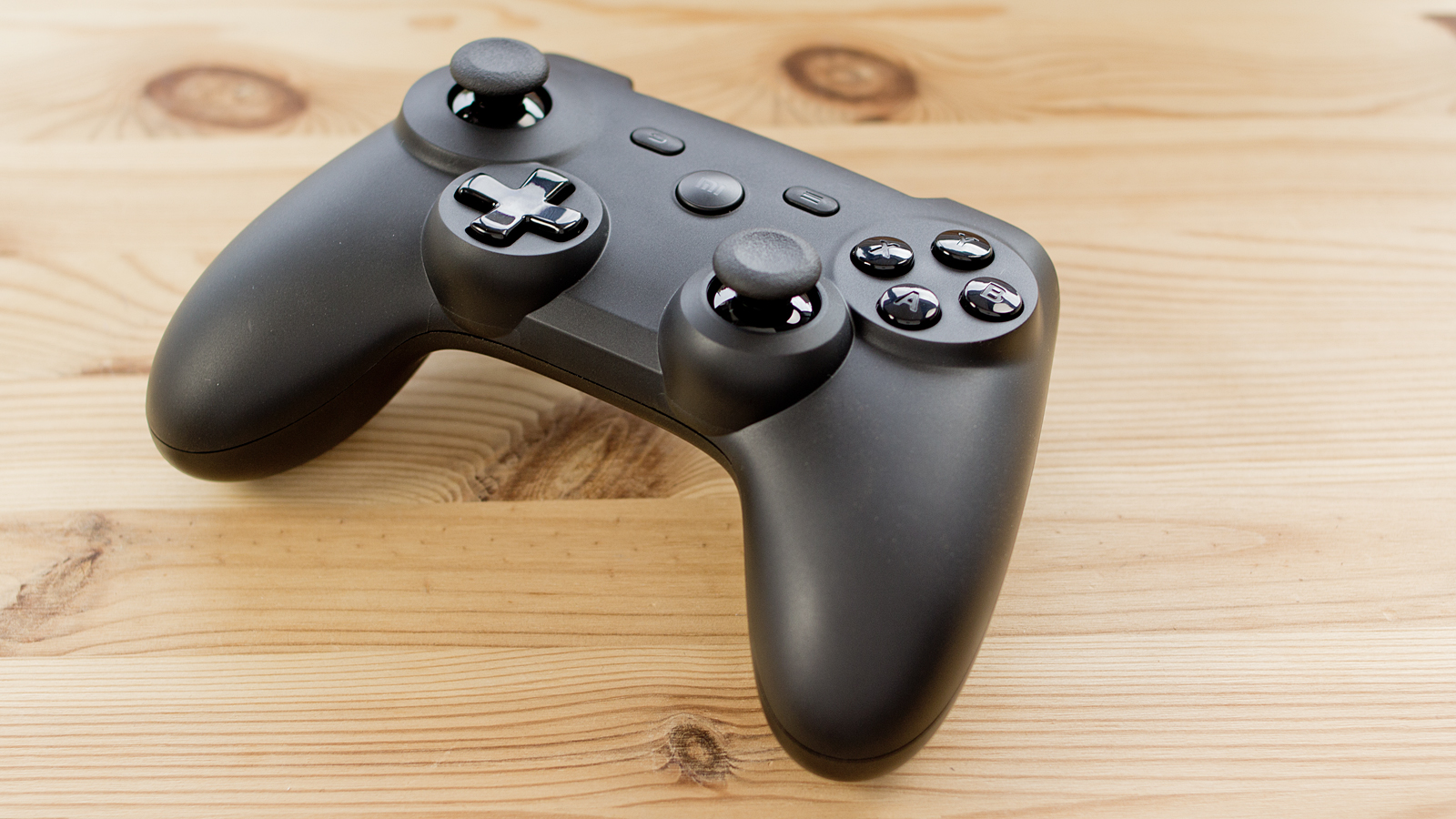 Third, as with all gamepads the controls will differ slightly among games. We found in each game we tried there was a handy tutorial that explained which buttons, sticks and triggers to push or pull to get us to the finish line.