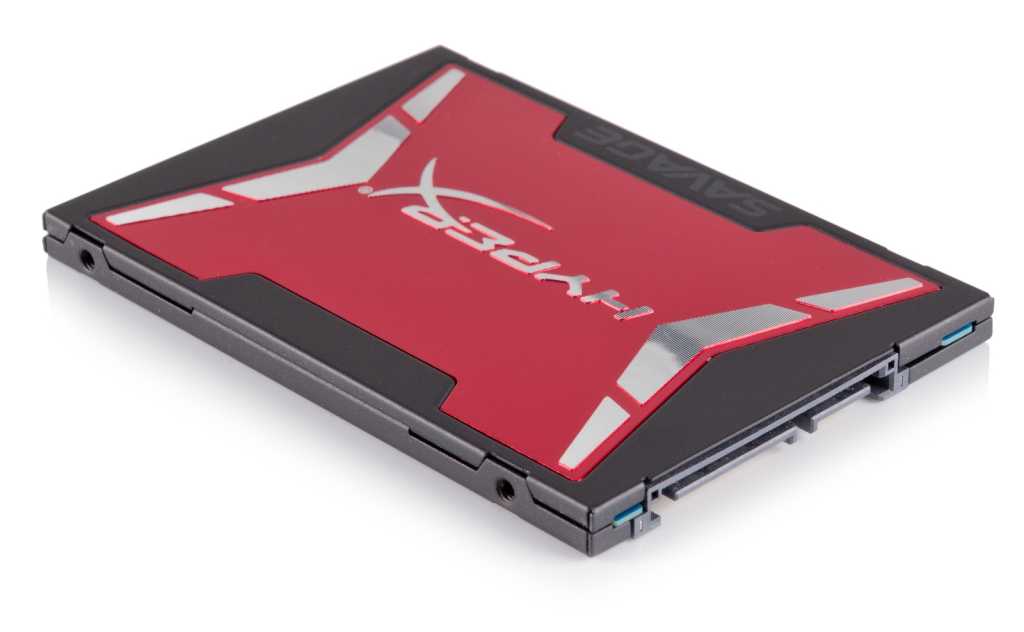 The Kingston HyperX Savage turned in a solid performance among the leaders of the current SSD pack, and the flashy looks may appeal to gamers and PC enthusiasts wishing to pimp up their rig. Its overall performance is just behind the best of Samsung and SanDisk, and with a price that exceeds these drives it just loses out on any overall recommendation. But it is a good SSD.

Kingston Memory has been catering for the general user with its SSDNow SSD drives for several years, providing decent performance with entry-level pricing. But the company also know how to market to PC gamers and computer enthusiasts with its more racily named silicon memory components.

We’ve seen macho names like Ballistix, Predator, Impact and Beast bandied around before by Kingston. Now, under the HyperX performance-tuned banner, we have the Savage SSD.

Kingston HyperX Savage 480 GB review: what it is, why it matters

The HyperX Savage stands at the top of Kingston’s range of performance SATA storage, although if you have a desktop PC you could also take advantage of the full-size PCIe card Predator drive, boasting up to 1400 MB/s read speeds. The Savage though takes the traditional SATA Revision 3.0 connection with its nominal 6 Gb/s speeds, in the usual slim 7-mm enclosure.

What is less usual, even unique in our testing experience, is the choice of controller in the Savage. This is an S10 controller from Taiwan flash-memory specialist Phison, now infamously known as the maker of USB controller ICs that can be compromised by the BadUSB exploit. The Phison controller here is based on a quad-core ARM processor with eight data channels, with 19 nm NAND flash supplied by Toshiba.

To maintain its SSDs Kingston makes its own Kingston SSD Toolbox software for Windows, although this only supports its older drives based on SandForce controllers. At time of testing there was no software available for this Phison-based SSD, nor any firmware updates released.

The HyperX Savage is available as just a bare drive, on as an installation kit with various accessories to help migrate from an existing drive. This includes a portable drive enclosure with USB 3.0 with support for UASP mode in Windows 8 and OS X, SATA cable and screws for desktop PCs, and a screwdriver with interchangeable Philips 00 and 1 cross-head tips.

Where many modern SSDs are simple constructions fashioned from lightweight pressed aluminium, the Kingston Savage has a heavier case in matt black metal with a distinctive red and silver designed covering its top skin. See our group test:  What’s the best SSD?

It’s far from the most important metric of overall performance, but the Kingston HyperX Savage 480 GB returned the joint highest sequential read speed on our PC test rig, reaching 564 MB/s, and nudged into the highest write speed too of 543 MB/s. It’s here we can sense the limiting effect of the SATA interface, nominally 6 Gb/s (750 MB/s) but effectively around 560 MB/s in real-world data transfers.

The similar results from CrystalDiskMark with and without compressible data showed the Phison controller is not using any data-reduction techniques, both tests returning results of around 490 MB/s (read) and 480 MB/s (write).

At the high 32-thread queue depth, we saw random 4 kB reads at 358 MB/s and random writes at 370 MB/s, translating into good overall IOPS figures of 91,600 and 94,800 IOPS respectively. Turning to AS SSD and its version of the test with 64 threads, the Kingston showed a stronger bias toward read performance as it just nudged the 100,000 IOPS figure, while random writes fell slightly to 83,400 IOPS. The AS SSD benchmark gave this drive an overall nominal score of 1140 points, just behind the leading Samsung 850 PRO drive. See our group test:  What’s the best SSD?