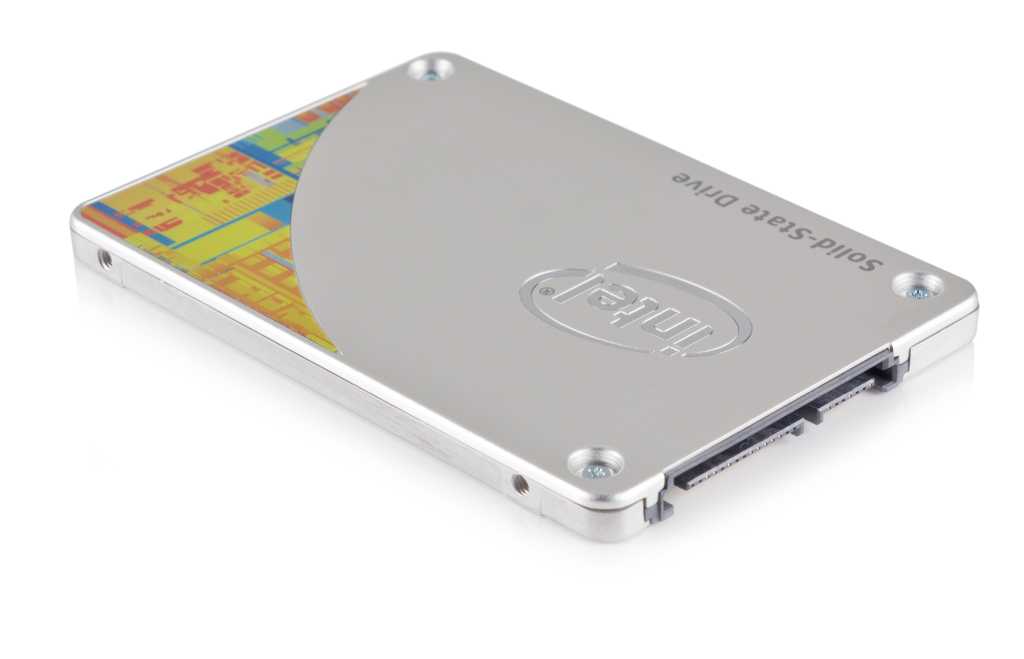 The Intel SSD Pro 2500 is designed for Wintel business computing, where its Opal 2.0 compliance may interest IT managers, however this security feature is not unique to business SSDs and can be found on, for example, Crucial and Samsung drives too at lower cost. Where the Intel SSD may excel is in its use of older but well-tested components, promoting reliability and freedom from issue inherent with newer hardware and firmware.

Intel was an early prime mover in  SSD technology, applying its semiconductor know-how to make some respected SSDs in the days before they became more affordable and popular.

Today’s Intel SSD have forsaken innovation and are more derivative, and in the case of the SSD Pro 2500 we find that Intel is no longer using its own silicon anywhere. For the main NAND flash chips it is buying from South Korean Hynix, while the key controller technology is supplied by Seagate SandForce. See our group test:  What’s the best SSD?

The SSD Pro 2500 is aimed at business users and consumers that want to add an extra layer of security with a self-encrypted drive (SED). This is available with most SSDs as an encryption routine that is accessed through the BIOS of PCs running Windows or Linux, but is perhaps not the easiest way for an unskilled user to secure their computer.

Microsoft is making this easier for Windows users with its eDrive initiative, which allows BitLocker to work with hardware encrypting SSDs built to the later TCG Opal 2.0 and IEEE 1667 standard. Drives like the SSD Pro 2500 here, which is available in an unusually wide range of capacities, namely 120, 180, 240, 360 and 480 GB.

Furthering its business credentials, Intel tells us is designed to meet an Annualized [sic] Failure Rate of below 1 percent, and like many modern drives it is covered by a 5-year warranty.

The drive can be managed by Intel’s SSD Toolbox software for Windows. This allows diagnostic scans, SMART reports and secure erasure, as well as firmware updates. For Linux and OS X users, there are just bootable ISOs for firmware bug fixes.

In straightforward sequential testing with synthetic benchmarks the Pro 2500 proved to be a fast mover, reaching up to 555 MB/s reads in ATTO and 530 MB/s write speeds.

CrystalDiskMark showed relatively fast results here too in its zero-data mode, just shy of 500 MB/s for reads and writes. When the benchmark was set to its default random dataset we saw the usual slowdown experienced by SandForce-based drives, with sequential write speed dropping to 291 MB/s.

With the small 4 kB random tests the Intel was reading at 31 MB/s, a typical result, with writes reaching 70 MB/s, which is at the lower end of what’s possible with moderns SSDs. When loaded with 32 threads these figures swelled to 302 MB/s reads but just 252 MB/s writes, where most drive we test tend to exceed 350 MB/s.

Looking at input/output operations per second, CDM gave us 77,300 read IOPS and 64,600 write IOPS, while AS SSD reported even lower with 50,100 and 52,900 IOPS respectively. This led to the latter benchmark returning an overall nominal score of 721 points, the lowest on test.

It’s worth remembering that the poor overall benchmark results are a direct result of the SandForce controller and its low write speed when processing incompressible data. This would be most manifest in real-world use if you were working heavily with media files like JPEG and MPEG, or even plain ZIP files. For general office tasks this may less an issue and the drive should perform at closer to its headline speeds. See our group test:  What’s the best SSD?