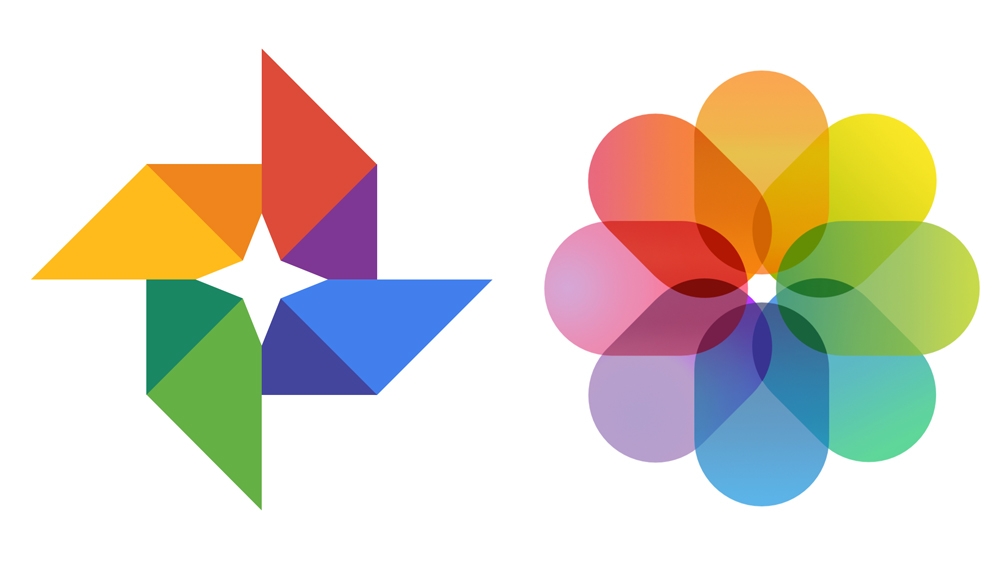 Overall, we think Google Photos is miles better than Apple iCloud Photo Library in every area aside from the privacy issue, which for many is going to be a deal breaker. It’s free and unlimited, it’s compatible with both Android and iOS as well as accessible through web browsers, and the automatic Creations it makes are brilliant. That’s not to mention the contextual search functionality that makes finding photos so much easier. Apple’s iCloud Photo Library has some better photo editing tools and the native Mac app is a nice extra that Google Photos lacks, but the £2.99 price tag and the lack of an Android apps is a disappointment.

We compare Google Photos and Apple iCloud Photo Library to find out what their similarities and differences are when it comes to features, price and compatibility.

Apple’s iCloud Photo Library has been available for a while now, as part of the company’s iOS 8, iCloud.com and the Photos app for Mac. Now though, there’s a new player in the game, and it comes from Apple’s biggest rival: Google.

Google Photos was launched at the company’s Google I/O Developer conference at the end of May, and surprised us by being available free of charge with unlimited cloud storage space, and also available across both Android and iOS, making it an excellent iCloud Photo Library alternative.

The main aim of Google Photos and Apple iCloud Photo Library is to offer you a safe place to store your photos. Not only will it mean you can get them back if something happens to your smartphone, but it also means you can save space on your smartphone itself, particularly handy if you’ve got 16GB or less built-in.

You’ll be pleased to hear that Google let’s you do this for free, and offers unlimited space for photos and videos at no cost at all. The catch is that the images and videos stored in the cloud are compressed copies, but thankfully there’s little or no affect on quality, according to Google. 16Mp is the resolution limit and videos can’t be over 1080p HD. There is 15GB of free storage as part of Google Drive if you want to upload full quality originals of your images, though.

The first 5GBs are free, but Apple charges 79p per month for 20GB, which we’ve found isn’t enough when you include videos or if you’re particularly snap happy like we are. The next option is a jump right up to £2.99 per month for 200GB, which might not sound like much but add it up and you’re looking at £36 per year, which we’d much rather spend one something else.

Obviously, one of the biggest reasons to use these apps is to keep your photos safely stored in the Cloud should something terrible happen to your smartphone (dropping it down the toilet is a particular fate we’re familiar with here). But there’s also another huge benefit and that’s being able to share folders and albums with friends and family, particularly useful if they life on the other side of the globe.

In Apple Photos, you can share folders simply by creating a shared folder and entering the email address of the person or people you want to share it with. You’ll be able to share up to 5,000 images within a Shared Album, and there’s also the option to create a public link to an album that anyone can view via their web browser if they come across the link.

You can share in Google Photos, too, and those photos can be viewed in the Photos app or via the web if the recipient isn’t a Google Photos user.

Google’s Photos app organises your photos by day. Pinch to zoom out and see the photos you took in a particular month like Apple’s Collections view.

However, Google’s Photos app is more intelligent than Apple’s. It can detect what your photos are of, leading to much better search capabilities. Tapping the Search icon in the bottom left corner of Google Photos will bring up folders of Places, Things (it accurately sorted my photos of concerts, beaches, sky, sunsets, cats, dogs, food, skylines and cathedrals), and types (videos and creations).

You can search for pretty much anything you can think of. We tried rain, snow, Christmas, vacations (holiday didn’t work) and books, all of which worked and were more often than not accurate. Eventually, the app will also be able to find people within your photos.

Apple’s search is limited to just locations and dates, so it’s clear that Google’s Photos app is far superior here, but there is a valid concern that some users have and that’s privacy, which has always been a concern when Google is involved.

Personally, I’m happy to let Google learn more about me if it means I get to store my photos in the cloud for free, but equally I completely understand that the idea that Google is analysing your photos and assigning them metadata that can be used to serve more relevant ads is unappealing, to say the least.

However, Google has said: “Our first priority – as with most products that Google builds – is to get the user experience right. So we have no monitisation plans at this time. Google Photos will not use images or videos uploaded onto Google Photos commercially for any promotional purposes, unless we ask for the user’s explicit permission.”

Apple has used the lack of privacy in Google’s Photos app to its advantage, too, with Apple CEO’s Tim Cook quite clearly taking a stab at the service during the EPIC Champions of Freedom event earlier this year. “We believe the customer should be in control of their own information. You might like these so-called free services, but we don’t think they’re worth having your email, your search history and now even your family photos data mined and sold off for God knows what advertising purpose. And we think some day, customers will this for what it is.”

Both apps offer photo-editing tools, with auto enhancement, filters and the ability to tweak the light, colour, sharpness and vignette. Apple’s app does offer more precise adjustment of exposure, highlights, shadows, brightness, contrast, black point, saturation and case, as well as quick access to third-party editing tools you’ve got installed on your iPhone.

Apple Photos editing features are great, but Google Photos has a feature that we think trumps its rival, and that’s the ability to automatically create videos, animations, edits and collages for you. You can create your own at any time, too, and tweak the creations Google Photos makes if they’re not quite perfect (we’ve found the music choice in some of the videos rather peculiar, for example).

We particularly like the animations, which are GIF-like clips created by combining photos that it find were taken within seconds of one another. I’d taken several photos of my friends ice skating, for example, and they were combined into a surprisingly smooth animation that saw them skate from one side of the rink to another. PC Advisor Editor Jim Martin had used the Burst Mode on his iPhone 6 Plus to capture several photos from a wedding. Google Photos automatically created a very cool animation out of them that captured the moment the happy couple were showered in confetti.

Everything that Google creates is stored in the cloud, so it’s not going to clog up your phone’s memory, either.

As an app, Google Photos is available on iOS and Android, making it more widely compatible for smartphone and tablet users. It’s also available to access via the web on a Mac and on Windows by going to photos.google.com, and like Apple’s iCloud Photo Library, your photos will automatically sync across all platforms, though in this case there’s no worry about running out of space.