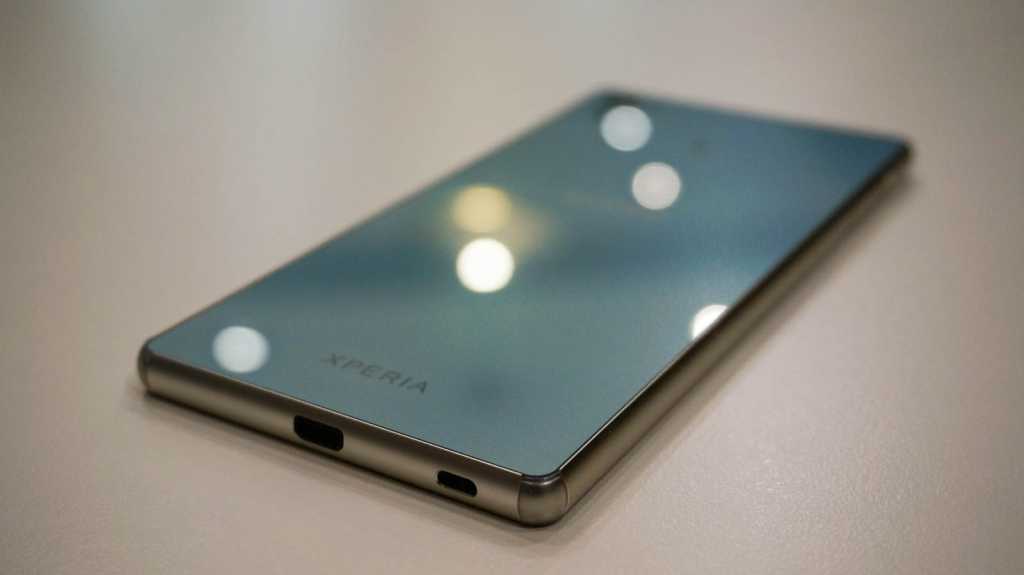 Like previous devices, the Sony Xperia Z3+ is a nice smartphone. Although we like the capless USB port and better front facing camera, it’s simply far too similar to the Xperia Z3 to justify an upgrade – perhaps owners of older generations will be more tempted. It doesn’t help that the firm is alienating customers by launching the same phone in Japan as the Xperia Z4. The biggest issue is how hot the phone gets when it’s pushed sometimes resulting in apps being closed down which so we recommend waiting for the Xperia Z5.

Instead of getting the Xperia Z4, Sony has announced the Xperia Z3+ for the UK as a ‘premium version’ of the existing flagship Xperia Z3 smartphone. Here’s our Sony Xperia Z3+ review. Also see Best smartphones and Best Android phones.

Before we launch into the review, we want to explain the situation with the Xperia Z4. This has been announced in Japan for a little while and the Z3+ is the same device but for the rest of world. The two are essentially identical but the model in Japan has DTV (Digital TV) and FeliCa (contactless RFID smart card system).

Differences aside, we are getting the Xperia Z3+ here which is a ‘premium addition’ and ‘evolution to the Xperia Z3 family’. Let’s take a look.

Available at £399 from Amazon, the Z3+ is a tempting price but that’s forgetting that the Xperia Z5 will arrive next month. This proves that this model was just filling a gap. Nevertheless, under £400 for a still fairly new flagship handset is quite tempting if it can perform well. Our sample was provided by Mobile Fun which has the black model for £490.

As the name suggests, the Z3+ isn’t a completely new phone but a tweaked version of the existing flagship (despite being called the Xperia Z4 in Japan). It doesn’t mean that it’s a larger phablet-sized version which + is often used for in the smartphone world.

Overall, the phone looks and feels just like the existing Xperia Z3 – and that’s not a bad thing with the design and build of the Z3 very nice although the square shape isn’t for everyone. There are a few small changes worthy of note, though.

First of all, the device is both thinner and lighter. It’s now 6.9mm and 144g down from 7.3mm and 152g making it the thinnest flagship Z series phone (the Z Ultra is thinner). This is good but we could barely notice the difference with the two side-by-side.

A much more significant upgrade in the design department is the lack of a cap or flap for the Micro USB port meaning charging is far less fiddly. The device is still IP65/IP68 dust- and water-proof and there’s now only one cover for the joint SIM and microSD card slot.

It’s still available in Black and White colours and Sony says there’s a ‘new interpretation’ of Copper. We took a look at the Ice Green edition which will be called Aqua Green elsewhere.

So there are a few design tweaks and it’s a similar story in the hardware department with most things staying the same as last year’s model. The screen is still 5.2in with a Full HD resolution and core specs such as the 20.7Mp camera, 3GB of RAM, 32GB of storage and a microSD card slot all remain the same.

So what has changed?

Well the biggest hardware upgrade is in the engine room. The Xperia Z3+ is powered by Qualcomm’s Snapdragon 810 processor which means a jump from the Snapdragon 810. While devices like the Samsung Galaxy S6 have shunned the 810, it’s a 64-bit octa-core chip with four A53 cores at 1.5GHz and four A57 cores at 2GHz. What’s the fastest smartphone 2015?

We found performance to be smooth thanks to that upgrade from the Snapdragon 801 and as you can see, the Z3+ beat its predecessor in every benchmark apart from SunSpider. However, a big question which hangs over the device is one of overheating.

As you may be aware, there are doubts over the 810 in this area and it might be why Samsung didn’t go with it for the Galaxy S6. Our experience with the Z3+ is thus: you’ll notice that the back of the phone gets warm at the top when doing general tasks and things get turned up notch when watching video or gaming. It’s not the kind of heat which will actually burn your fingers but it is uncomfortable and worrying for the health of the phone.

We managed to record several minutes of 4K video footage without the camera app shutting down but mess around with the AR modes and it won’t be long before you have to stop due to the heat. Since photography is a key feature of the Z3+ this can only be described as a major flaw.

As mentioned the storage is 32GB internally and the microSD card slot (now a slightly rare feature on flagships) can take up to 128GB. We like the way there is a single tray for both the SIM card and microSD card, keeping things neat and tidy.

In what is somewhat a downgrade, the battery is smaller in capacity at 2900mAh, compared to 3100mAh. This is presumably because the device is thinner so there is less space but Sony claims the battery life is still two days.

In our tests we recorded a benchmark time of five hours and 34 minutes with a score of 3343 in Geekbench 3 which is a pretty good result although still over an hour off the Galaxy S6. The Z3+ will get you through the day easily unless you hammer video and games all the time.

There’s a quick charger which unfortunately isn’t included in the box but this well mean you can charge the Xperia Z3+ for just 45 minutes and get a full day of usage, according to Sony. It’s a shame to find no wireless charging with Sony saying: “We continue to assess the feasibility of these features to meet the varying demands of our consumers, ensuring these don’t compromise the overall  aesthetics or performance of our devices, in order to deliver the high standard of quality and performance our customers expect.”

The camera is still 20.7Mp, but the Superior auto now recognises up to 52 different scenarios and there’s a new Gourmet mode especially for those snaps everyone loves taking of their home cooked or restaurant food. The Superior auto mode and SteadyShot with Intelligent Active Mode are now available on the front camera, too.

With the same camera on board this is one reason not to upgrade if you have the Xperia Z3 (or even previous models which also have this camera). The camera offers high quality images and video but our issue, as mentioned earlier, is the how hot it gets – sometimes closing the app rendering the camera unusable. It’s also not good that there’s a lack of optical image stabilisation which we now expect from a flagship phone.

While the rear camera remains the same, the front camera has got a nice upgrade to 5Mp from 2.2Mp so your selfies will look a lot better.

With  Android 5.0 Lollipop and Sony’s Xperia user interface pre-installed, we like the software experience of the Xperia Z3+ – although with updates rolling out to previous generations of the Z range, there’s nothing different here.

Sony holds back with the customisation of Android more than rival manufacturers and has embraced the Material Design of Lollipop – handily adding the ability to customise which quick settings you want in the drop down bar which isn’t available in stock Android.

The software uses the card style recent apps menu and Sony’s range of floating widgets including a calculator. The rest is fairly simple with some nice pre-loaded wallpapers and widgets – there’s no extra screen like BlinkFeed or Google Now to the left of the main homescreen.

One slight downside we noticed was a fair amount of pre-loaded apps including Spotify, Vine, AVG, Kobo Books, Office Suite and others.