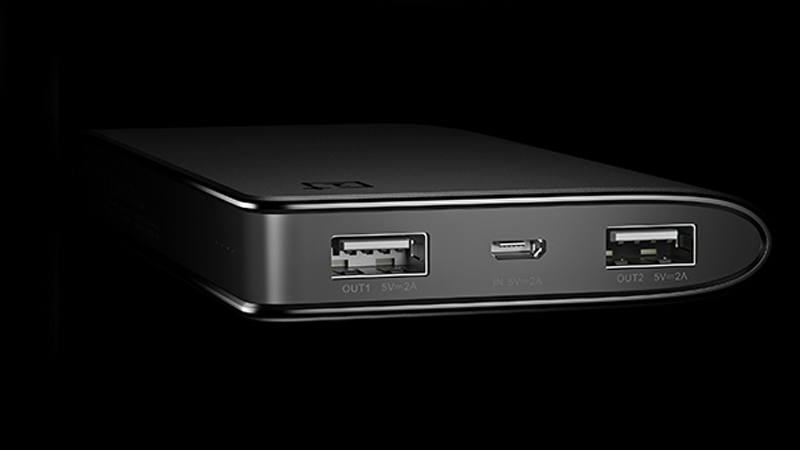 We really like the OnePlus Power Bank. If it weren’t for the shipping costs it would offer excellent value at £13.99, and we know OnePlus One fans will adore its design. You don’t expect to find high-end features such as an LCD display and passthrough charging at this price, but the shake-activated LED status lights and auto-on functionality are welcome additions. More importantly, though, this power bank will keep any smartphone user going all day, all night and beyond.

Power banks or emergency chargers are becoming popular companion devices for phones (and tablets) that struggle to make it through the day. OnePlus is the latest company to jump on the portable charger bandwagon, and we’re pleased that it did. Read our OnePlus Power Bank review. Also see:  Best power banks.

The OnePlus Power Bank is available to buy from OnePlus’ own site (whenever you want, not just on a Tuesday or any of that malarkey), for £13.99. However, with shipping costs you’ll pay £19.48 for the OnePlus 10,000mAh Power Bank in either Sandstone Black or Silk White. That’s not bad value for a power bank of this capacity, although it’s not in the same ball park as the OnePlus One phone (read our OnePlus One review).

The OnePlus Power Bank is very nicely designed. Slim and lightweight, it’ll feel just like a smartphone when slipped into a pocket. OnePlus fans will appreciate the finish – it’s the same material as is found on the rear of the phone itself, rough like a carpet but soft to the touch – and with a matching silver trim these two devices will look great side by side. No carry case is supplied in the box, but it really doesn’t feel as though this power bank would require one.

Not that you have to use the OnePlus Power Bank with a OnePlus One phone. There’s a Micro-USB cable in the box, which should suit most Android- and Windows Phones, and if you’re using an iPhone you simply need to supply your own Lightning cable.

There are no buttons, keeping things simple. A gentle shake activates the four blue LEDs on the right edge, alerting you to how much power remains, while charging is automatic. Attach your phone or tablet and the OnePlus will instantly begin charging it. Once the device’s battery is full the OnePlus is supposed to stop pumping out the power, preventing any being wasted. Unfortunately, we found this wasn’t the case with our HTC Desire Eye – it stopped charging, but the OnePlus didn’t switch itself off.

Charging is fast, too. With a 10W input and two 10W outputs, you’ll probably charge your phone faster from the OnePlus than you would the charger it shipped with, and it’ll refill its own battery in around six hours. Do note, though, that 10W is the max power output for the OnePlus Power Bank – if you’re using both ports at once just 5W will be available from each, and some tablets – usually iPads – can stubbornly refuse to charge under such conditions. Also see:  How to charge your phone or tablet faster.

Our only real gripe is that the OnePlus Power Bank doesn’t support passthrough charging, so when both phone and power bank batteries are depleted you’ll need to separately refill them. To be fair, though, passthrough charging is a high-end feature that’s rarely found at this price.  Also see: Best MiFi 2016.

OnePlus claims an efficiency of “more than 80 percent” (that’s good – most power banks average 70 percent, with some energy lost through voltage conversion and heat generated) and says that its 10,000mAh Power Bank will recharge a OnePlus One three times. Given that the OnePlus One has a battery capacity of 3100mAh, it’s unlikely that you actually can achieve three full charges – although you will get close. Unfortunately, we have already given away our OnePlus One as a competition prize and are unable to check this. Also see:  How to improve smartphone battery life.

As with most power banks, OnePlus says there is a multitude of safety features built into its Power Bank, with safeguards against overcharging, overheating and short circuits. Also see:  Best desktop chargers.