Overall we’re quite surprised to see that the iPhone 6 and LG G4 are reasonably evenly matched in a way. They both have stand-out features as well as downfalls, so it’s going to be a case of weighing up the features you consider to be most important in a smartphone. For example, if you want an exceptionally good camera or enjoy taking lots of selfies you might want to opt for the LG G4, but for a slimmer, more compact smartphone you’ll be better off choosing the iPhone 6. Storage is a bit of an issue with the iPhone 6, as we’d recommend buying the 64GB model rather than the 16GB model, but that makes the price of the smartphone more than £100 higher than the LG G4.

LG’s new flagship will be hitting the shelves at the end of May, but how does it compare to rivals? Here, we’re putting the new LG G4 head-to-head with Apple’s flagship smartphone, the iPhone 6, to find out how they compare. You’ll also like: Best smartphones 2015.

The iPhone 6 was released by Apple alongside the bigger iPhone 6 Plus back in September 2014, and will remain Apple’s flagship smartphone until the next model arrives in September this year.

The LG G4, on the other hand, was revealed just last month, and is set to arrive in the UK on 28 May. It’s LG’s newest flagship, replacing the chart-topping predecessor LG G3 that we loved. 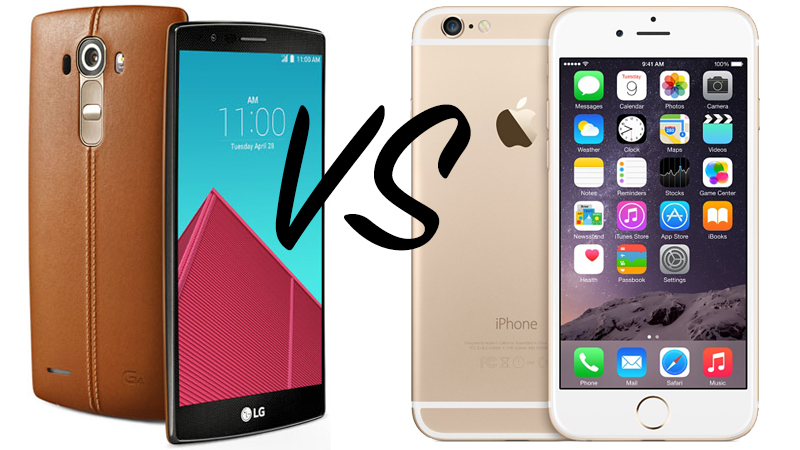 As mentioned, the LG G4 is available as a ceramic model or a genuine leather model. The leather looks great, unlike the faux leather found on some Samsung devices. It’s vegetable tanned (meaning the colour may change over time) and is available in brown, black or red.

The ceramic LG G4 is the cheaper option, but it does look and feel particularly plasticky, especially the white model (there are metallic grey and gold options too). We’re also disappointed to see that the frame is plastic, making it feel cheap compared with rival flagships, the iPhone 6 especially.

We like the removable cover of the LG G4, though, giving you access to the internal components including the battery and microSD card. We’re expecting additional replacement back covers to arrive from third-parties, so if you’re not keen on the ceramic or the leather keep an eye out for those. Plus, if you happen to dent, scratch or crack that back cover, it’ll mean you can replace it and make it look good as new. 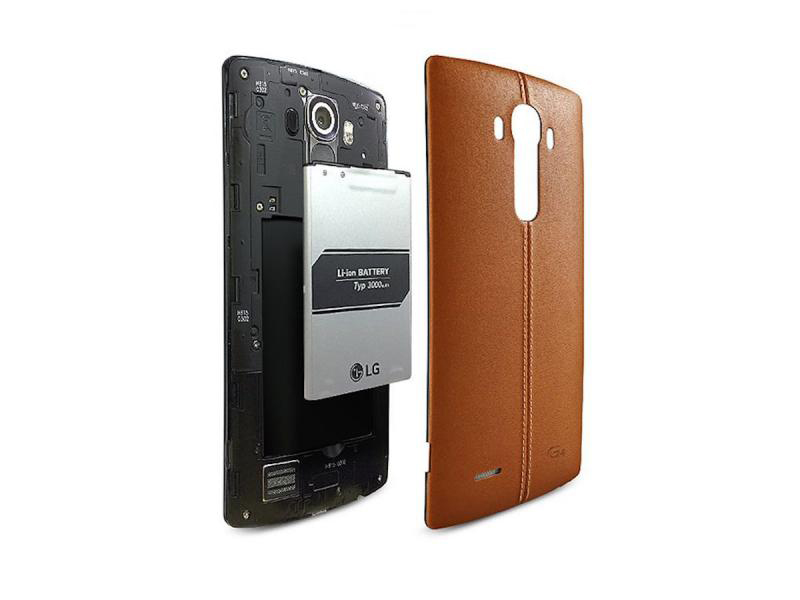 The same can’t be said for the iPhone 6, which has an anodized aluminium finish that we love the look of. It’s available in gold, silver or space grey, but the issue here is that it’s easily scratched so you’ll probably want to cover it up with a case.

The iPhone 6 is much slimmer and sleeker than the LG G4, though. Specifically, the iPhone 6 is 6.9mm thick while the LG G4 is significantly thicker at 9.8mm. 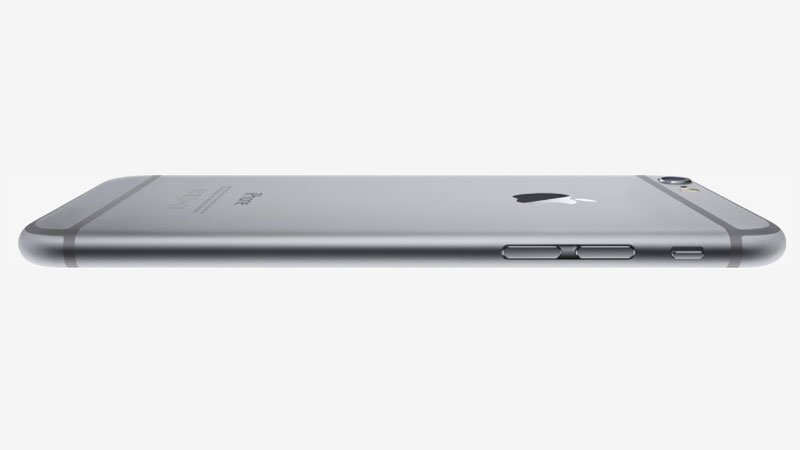 We think that the latter feels a little bit on the chunky side, but the curved back does help it feel comfortable to hold. In fact, the whole phone is slightly curved (LG calls it a Slim Arc design), which is meant to make it 20 percent more durable than a flat smartphone in face-down drops.

We definitely prefer the look and feel of the iPhone 6 over the LG G4. LG’s new flagship is no ugly phone but we think that it’s too chunky.

Read next: 24 best new phones you should be most excited about in 2015 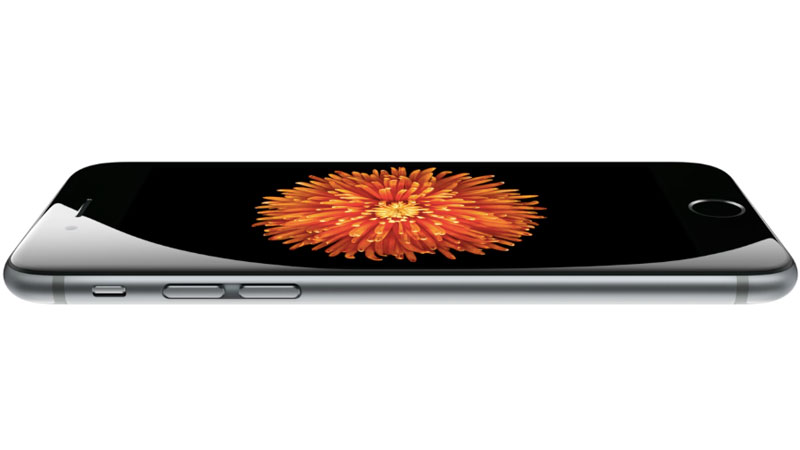 Back to those displays now. The iPhone 6’s 4.7in display has a resolution of 1334 x 750 pixel resolution at 326ppi. It’s a great screen, but when you put it next to the LG G4’s there’s no doubt about the winner.

That’s because the LG G4 has a stunning Quad HD 5.5in display, which means a resolution of 1440 x 2560 pixels equating to a whopping 538ppi pixel density. Colour reproduction, contrast and brightness is exceptional, too, thanks to a new IPS Quantum Display. In fact, in some cases the colours looked a bit over the top, particularly the neon red of the YouTube icon.

Let’s take a look inside these two smartphones to see how they compare when it comes to performance and hardware specs.

The LG G4 is the first device to boast the Snapdragon 808 processor from Qualcomm. It’s a six-core processor paired with Adreno 418 graphics which supports 3D gaming on 4K displays and X10 LTE which has integrated LTE Advanced for download speeds of up to 450Mbps (theoretically).

The iPhone 6, on the other hand, sports Apple’s own A8 chip combined with the M8 chip that helps with efficiency by handling the sensors and leaving the processor to do its job.

The iPhone 6 also beats the LG G4 in the SunSpider browser test.

Both of these smartphones are suitably snappy, but expect the iPhone 6 to be better for playing games.

Neither has wireless charging build-in, either, which is a downfall from some rivals and even from the LG G3. See: LG G3 vs LG G4 comparison

When it comes to storage, you’ll find that there is 3GB of RAM in the LG G4 and 32GB of built-in storage, with a microSD card slot that’ll allow you to expand that storage at a later date. 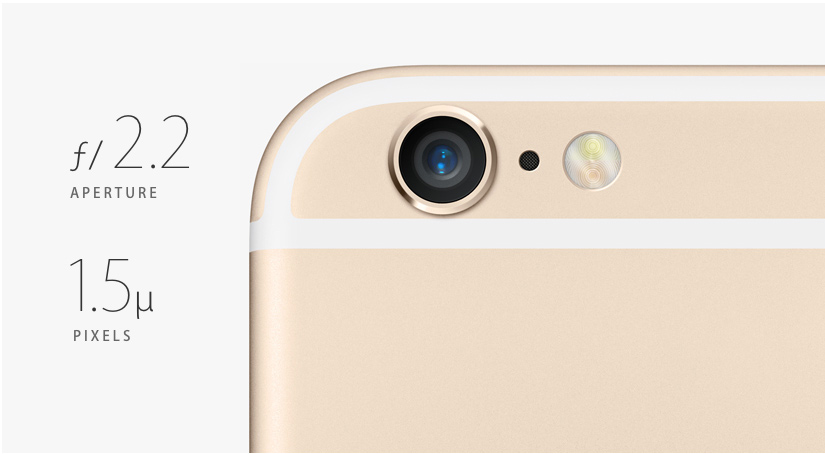 The LG G4 has a pretty impressive camera, with a good aperture of f/1.8 and a 16MP sensor on the rear. There’s also optical image stabilisation (OIS), which the iPhone 6 narrowly misses out on but the iPhone 6 Plus boasts. The LG G4 also offers a new Quick Shot feature that uses the Rear Key (which we talk more about below) to quickly launch the camera and take a photo. There’s also the addition of the Manual Mode, which lets you start controlling lots of the settings yourself, including ISO, shutter speed, exposure, white balance, focus, and you can even shoot in RAW.

The camera on the front of the LG G4 is 8Mp with a f/2.0 aperture, so that’s an impressive offering, too.

The iPhone 6’s camera is impressive too, but can’t quite match up to the LG G4’s. On the rear is an 8Mp camera with an aperture of f/2.2. There are bigger, 1.5 micron pixels for better quality photos, but as mentioned there’s no OIS.

On the front is a 1.2Mp camera, so that’s another downfall for the iPhone 6 when you compare it with its LG flagship rival.

A couple of things we’ve yet to mention are the LG G4 and iPhone 6’s unique additional features.

The LG G4 sports LG’s now well-known Rear Key, which is a set of buttons found on the back of the smartphone that are designed to fall beneath your fingers when you’re holding it.

The iPhone 6 doesn’t have such buttons, but it does have a fingerprint sensor built into the home button to remove the need to enter your passcode or your password for some apps and services. 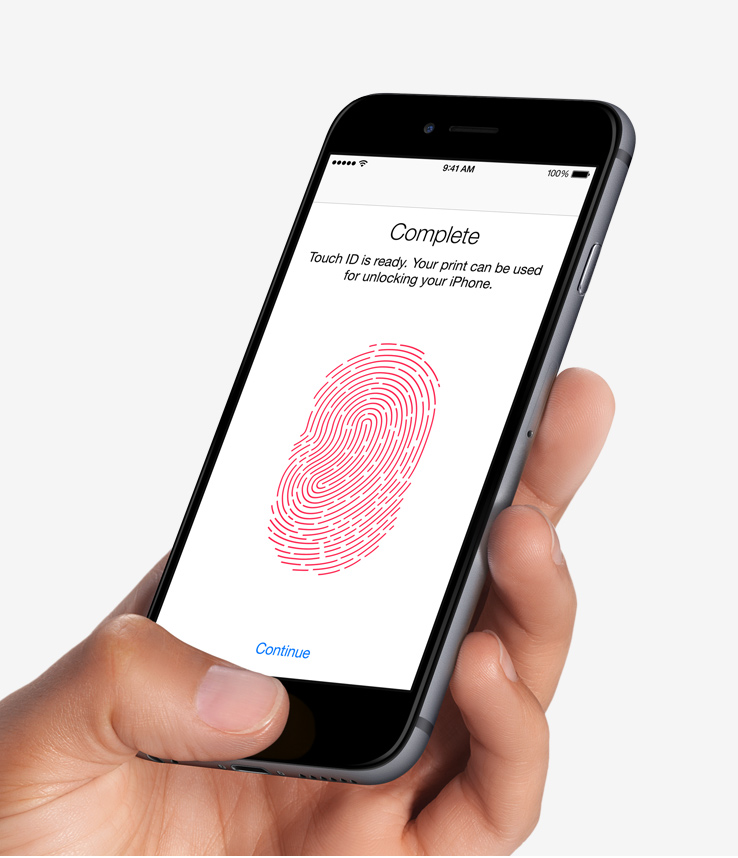 Both the LG G4 and the iPhone 6 come with the latest versions of their respective operating systems, so it’s really a case of personal preference when it comes to choosing between Android and iOS. 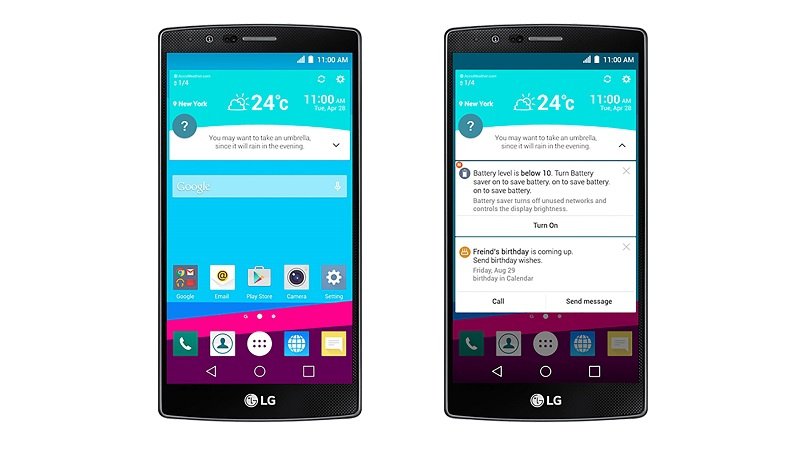 Android Lollipop 5.1 is pre-loaded on the LG G4, with the firm’s UX 4.0 interface on top. There are features including Smart Bulletin with information such as fitness tracking, calendar events and more, and Smart Notice on your home page to give you the information you need right where you need it.

You’ll get Google Office with an additional 100GB of Google Drive storage free for two years, and if you’ve got a VW you’ll get a car-friendly version of the G4 interface on the in-dash display, according to LG.

But with iOS 8 you do get iCloud Drive (though you’ll have to pay 79p per month if you want more than the 5GB provided), Continuity features that’ll help make your workflow seamless if you use an iPad or a Mac, Apple’s Health app, iTunes and much more.

Find out more about Android Lollipop and iOS 8 here.

Try the quiz below to find out which of the two smartphones we think might be best for you (it is by no means scientific, but it might give you a place to start!)

Read on to find out our verdict, and follow the links below to find out more information about the LG G4, iPhone 6 and other smartphone rivals.