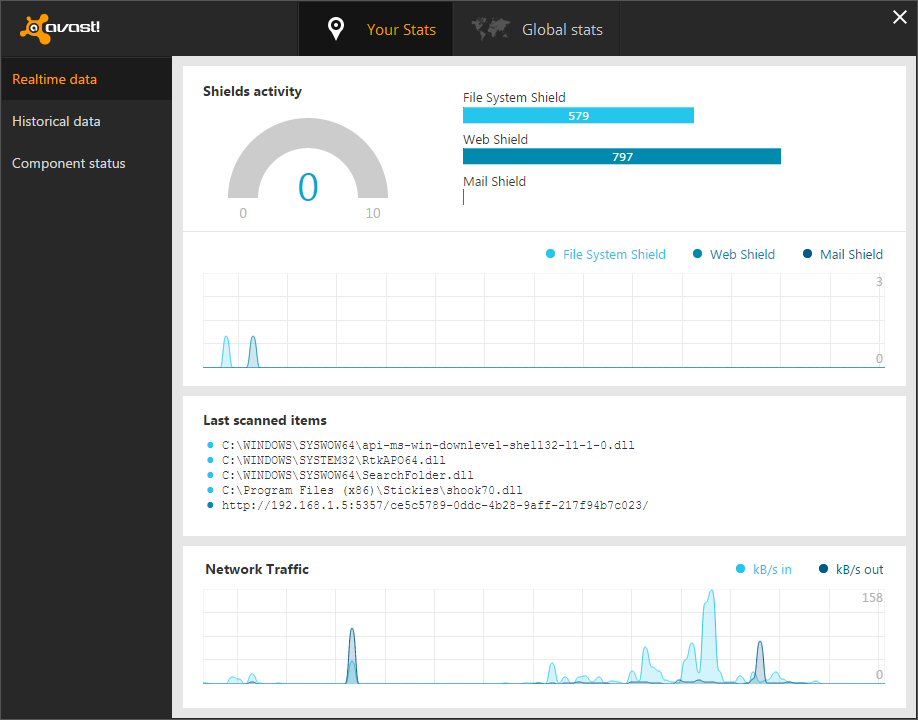 Avast produces an excellent free AV offering, giving nobody an excuse to lack protection on a PC. This commercial product is not quite such good value, lacking some of the features we’ve come to expect of premium suites. Backup and PC tune-up are missing or require an extra purchase.

Avast is one of the most popular IS applications available. Unlike AVG, which tries to persuade you to upgrade to a subscription version at any opportunity, Avast is proud of the fact that it’s basic anti-virus software version is free. Here, we’re looking at the Premier version, though, which isn’t free, but costs £60 for a one-year, three-PC licence. (See also:  Best antivirus software.)

For this you get the core functions of AV, anti-spam, anti-malware, two-way firewall and online banking security. There isn’t any backup module, though the third-party app Dropbox loads and installs with its standard 2GB of free online storage.

Avast is good at presenting security stats in non-technical terms. It’s Home Network Security scan comes back and warns of any security weaknesses. We were surprised to find it was concerned about our ‘weak’ network password, though, which contains lower and upper case letters, numbers and punctuation characters. Hard to see how we could make it stronger.

You can also clean up your browser, by checking for malware add-ons and removing them automatically. Under test, Avast reckoned the Webroot toolbar was a dubious add-on, though, which might say more about professional rivalry than the danger of the Webroot software. (See also:  2015’s best antivirus for PC and laptop UK.)

The program can check the versions of the applications installed on your system and keep them up to date, thus reducing possible security holes. Avast’s SafeZone isolates your browser for when you’re banking online and Grimefighter, which is linked in under ‘Scan for performance issues’, scans OK, but wants an extra £20 to fix what it finds.

Avast Premier 2015 completed our 50GB AV scan surprisingly quickly, in 8 minutes 35 seconds, but only looked at 17,906 files. This gives a scan rate of 34.8 files/s, considerably slower than the 85.7 files/s average of all the IS suites we’ve tested. Rerunning the test, the software looked at the same number of files, but did it in 5min 31s, somehow managing a 55 percent increase in speed.

In our copy test, copying a 1GB file took 16s longer with a scan running than without, a 38 percent increase, which is a good deal better than average, but not good compared with the top players. This reflects AV-Test’s results, where the comparison site gave it 3.5/6.0 in the Performance section of its tests. It took a second longer than the average in the organisation’s group test.

It did better in the Protection category, scoring 5.0/6.0 overall. This equates to an average of 99 percent accuracy in spotting widespread and prevalent malware, the group average, and unusually, slightly better at 99.5 percent against zero-day attacks. These figures were from the free version of the software, but Avast uses the same AV engine throughout its product range.

In the third section, Usability, the software scored a full 6.0/6.0 with no false blockages when visiting websites and only two false detections during scanning of 425,612 files, against a group average of nine. Adding the scores for these three categories gives Avast its overall score of 15.5/18.0, which is a very commendable result, though again short of the market leaders. (See also:  13 best backup software 2015 UK.)